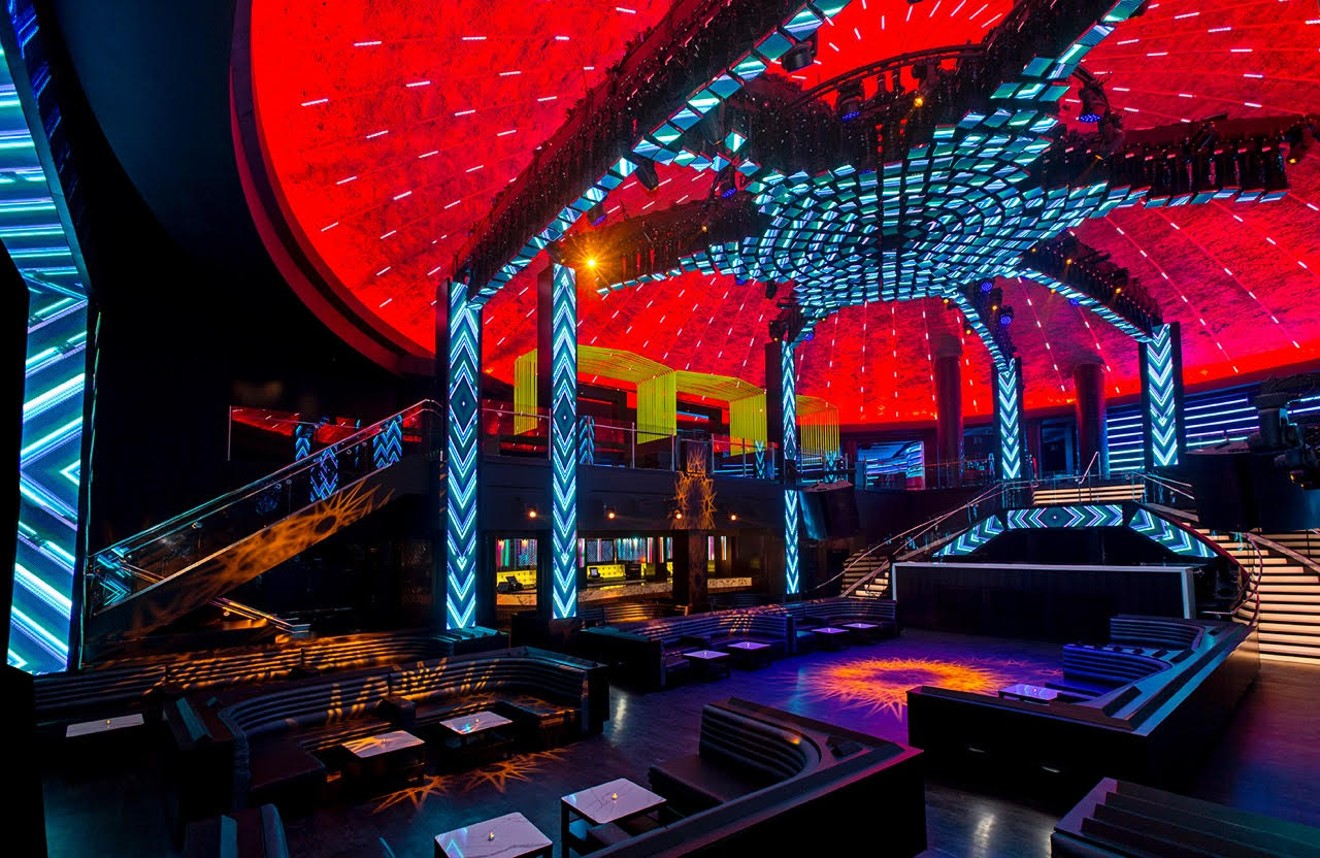 Courtesy of LIV
When LIV reopened last month after an extended renovation, Miami's party people didn't quite know what to expect. The nightclub was already a legendary destination, boasting celebrity-packed parties week after week in a space that seemed to operate at the top of the nightlife game. Then it closed for an unprecedented nine weeks. What would a $10 million refurbishment do to the space?

The answer: It would raise the ceiling on technology-driven spectacle in the nightlife industry.

Club owner David Grutman walked New Times through the upgrades, including the visually arresting LED "spider" that now dominates the space. Designed by Steve Lieberman, the guy responsible for the spectacular light shows at Ultra Music Festival and Electric Daisy Carnival, the machine is made of dozens of screens staggered in "legs" across the ceiling. Oh, and they move, creating a trippy ripple effect sure to blow the minds of the people partying below, especially if they happen to be, uh, under the influence.

The "spider" is the largeset and most impressive addition to LIV, but the club didn't stop there. Watch the video above to hear about the upgrades from Grutman himself, and read "LIV Reopens This Weekend With Massive LED Spider, Travis Scott, Skrillex" for more about the renovations.