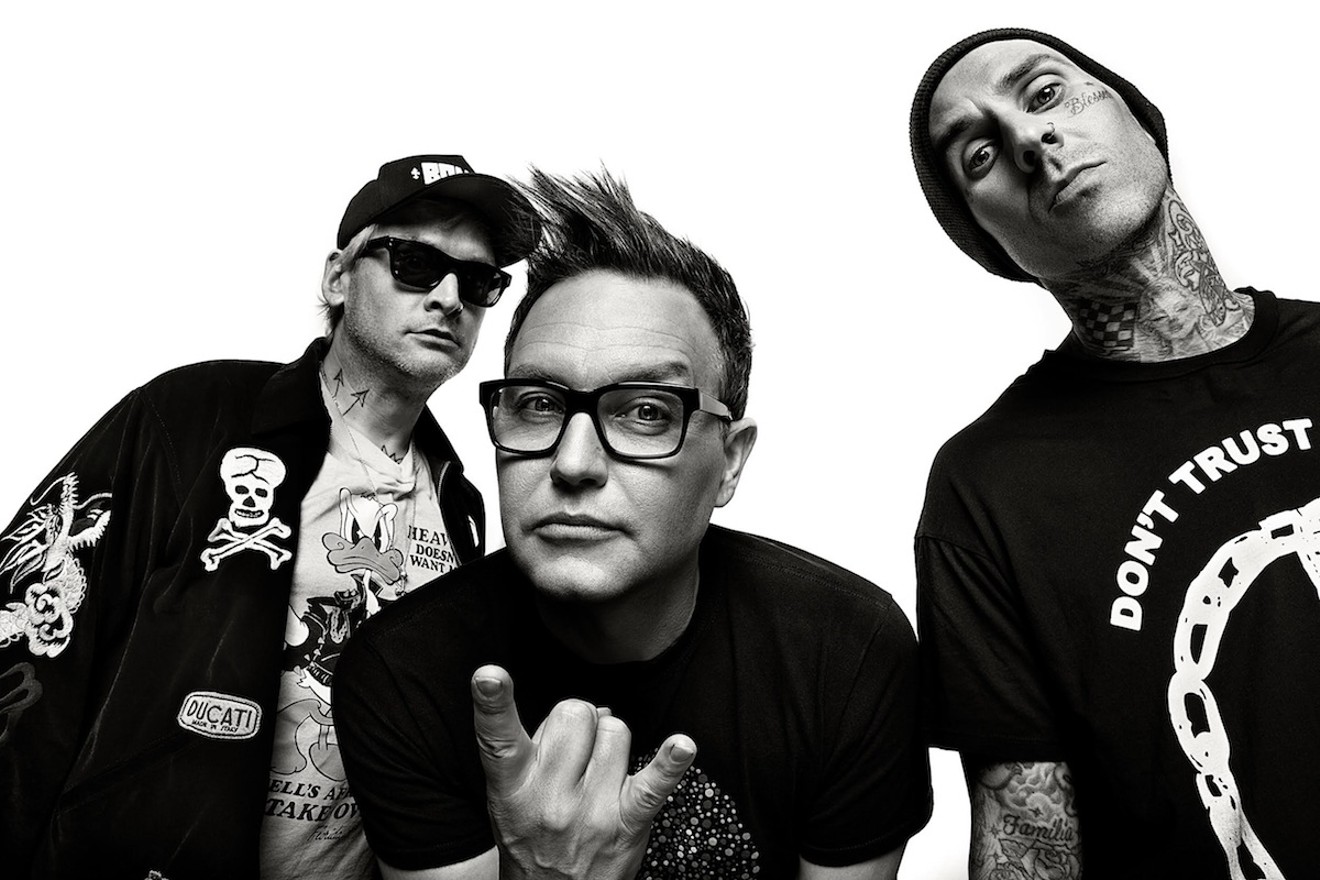 Blink-182 Sophie McNeil
Lil Wayne might not be enthusiastic about his tour with Blink-182, but his fans and those of the pop-punk group might have more in common than he thinks.

It was a surprise to many when Weezy was announced as the opener for Blink-182's Enema of the State 20th-anniversary tour this past May, given that many wouldn’t consider a rap icon a fitting prelude for a hyped-up crowd of rock revelers.

That notion seemed to be confirmed during Lil Wayne’s performance during a recent tour stop in Bristow, Virginia, July 11, when the rapper said it “might be his last night” with the band.

Wayne stopped midsong to tell fans: "I just want the people to know, if you’re wondering, please forgive me, but I am so not used to performing to a crowd... and there’s not too many... that’s not my swag,” he said, according to XXL. “I’m not sure how long I’m gonna be able to do this tour, but make some noise for Blink-182 for including me anyway. This might be my last night, though. Let’s go.”

He then walked off the stage after performing for only 20 minutes.

The next day, however, he issued a statement clarifying he would continue the tour, which is set to stop in West Palm Beach July 25.

“I want all my fans to know I won’t be quitting this tour! I’m having too much fun with my bros blink-182,” he tweeted.

It’s not surprising Lil Wayne didn’t receive the response he’s accustomed to, after headlining countless solo tours and those accompanying other hip-hop heavyweights such as Drake. But his tour with Blink-182 is an opportunity to cater to a different fan base — one comprising those who supported him throughout his foray into rock. 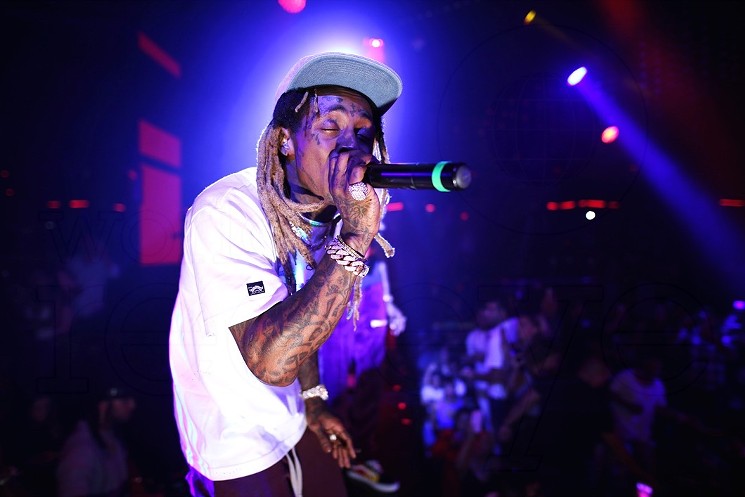 Lil Wayne
World Red Eye
Wayne’s 2010 album, Rebirth, was true to its title — a reinvention of himself as an artist as he experimented with new sounds. Although the album was a departure from his objectively better work, sandwiched between his iconic album Tha Carter III and the similarly genre-bending LP I Am Not a Human Being, it came with its own gems and perhaps inspired a new following.

At the time, Blink-182 had long-cemented itself as a quintessential pop-punk group, ten years after the release of hits such as “What’s My Age Again?” and “All the Small Things,” which have only proven the band's longevity over time. Although still a relevant act in the context of the genre, the band had given way to new groups in the same vein, such as Fall Out Boy, Paramore, and Panic! at the Disco.

Lil Wayne’s singles in that era exemplified the same energy: Travis Barker on the drums, head-banging beats, and emotional rhymes.

Longtime Lil Wayne fans might be inclined to forget that songs such as “Prom Queen,” “Hot Revolver” and “On Fire” soared up the charts in 2009. His Rebirth track “Drop the World,” which featured Eminem, was certified quadruple-platinum by the RIAA.

Combining forces with Blink-182 for a tour provides the rap star with an opportunity to reconnect with fans hoping to see all of their early-'00s dreams come true, while also allowing both himself and the band to highlight the music they’ve accomplished since then.

It seems, at least for now, that Lil Wayne will continue with the tour as it travels down South and to the Midwest through mid-August.

Let's hope he’ll be able to have some fun and remember his rock roots in the process.

Blink-182 and Lil Wayne. 7:30 p.m. Thursday, July 25, at Coral Sky Amphitheatre, 601-7 Sansburys Way, West Palm Beach; westpalmbeachamphitheatre.com. Tickets cost $29.99 to $262.50 via livenation.com.
KEEP MIAMI NEW TIMES FREE... Since we started Miami New Times, it has been defined as the free, independent voice of Miami, and we'd like to keep it that way. With local media under siege, it's more important than ever for us to rally support behind funding our local journalism. You can help by participating in our "I Support" program, allowing us to keep offering readers access to our incisive coverage of local news, food and culture with no paywalls.
Make a one-time donation today for as little as $1.