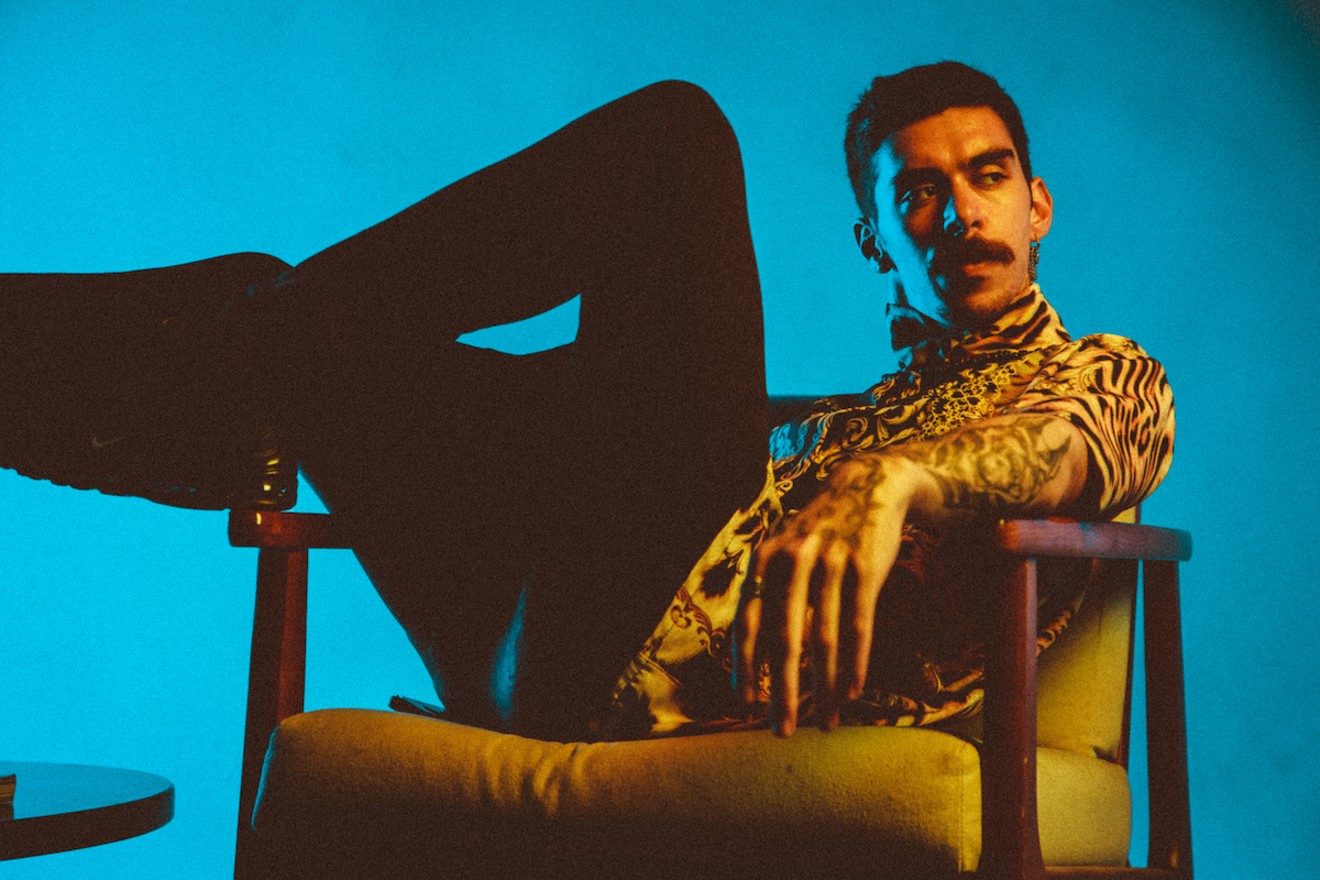 Mochakk Photo by Fabrizio Pepe
Pick any dance-music event, and there's a good chance that the DJs on the lineup are from North America or Europe. That's even true in Miami, which despite its proximity and strong cultural ties to Latin America, still follows the predictable bookings of Western producers.

And that's unfortunate, because plenty of great talent is cutting its teeth in nightclubs and raves in the Caribbean and Central and South America. Brazil alone might be responsible for some of the biggest names in dance music coming out of the region. Vintage Culture, Alok, and Gui Boratto are just three of the more recognizable stars.

Quickly ascending the ranks is Mochakk, who at age 22 has already earned the title of "viral sensation" thanks to his savvy use of TikTok and Instagram to grow his audience — and his substantial talent behind the decks.

"I think those channels played an important role in showcasing my work to a bigger audience, especially because of how those social-media platforms work when it comes to algorithms and the worldwide reach they provide," Mochakk tells New Times, adding that he doesn't create music with the algorithm in mind. "If you think about the platform first, you might run the risk of copying or doing something not that different from what's already happening on the scene, and that could make you just another one in the crowd. It's all about balancing the importance of it in your mindset."

Born Pedro Maia, Mochakk grew up playing instruments while being fed heavy doses of jazz, hip-hop, and soul. He cites Quincy Jones, Dr. Dre, and Jay Dilla as having been as influential to him as Disclosure and Kartell, adding, "everything '70s funk, soul, [and] disco."

That hodgepodge of influences is even evident in Mochakk's most viral moments. A TikTok he posted back in February shows him animated in the booth while dropping Blackchild's "A Bit Housey," which itself samples Snoop Dogg's 2005 hit "Signs" — specifically Justin Timberlake's part during the chorus: "I'm not sure of what I see/Cupid don't fuck with me/Are you telling me this is a sign?" That video has amassed more than 1.1 million plays. Another video of him playing Michael Jackson's "Billie Jean" has racked up 3.2 million plays. And there's plenty more.

What do they all have in common? It's hard not to feel like Mochakk is having the time of his life, as if he can hardly believe he gets to DJ for a living.
But Mochakk is acutely aware that social media can have a negative effect on the way people consume music.

"It changes the way your music reaches your audience," he notes. "That obviously has an effect on labels, platforms, everything. I think it's important to educate people artwise so we don't end up with a bunch of cake-recipe songs made to hit the bull's-eye on the algorithm for three months, and then everybody forgets it to make room for the next trend. That will lead to less pressure put on the artists. You should not be obligated to do something you don't like to be able to succeed."

Either way, his presence on users' For You page has the added benefit of exposing the world to Brazil's dance-music scene. Home to more than 200 million people, the country has a dance-music and nightlife culture in cities like Rio de Janeiro and Sao Paolo that rivals New York City, Berlin, London, and, yes, Miami.

Mochakk sees the dance music coming out of his home country as offering something different.

"I think Brazil has some funk about it, something that maybe comes from the conditions around the country, politically, economically, all that molds the way Brazilian artists' careers unfold," he explains. "The way we learn production, DJ'ing, and also the Brazilian heritage and personality of the people — all that makes a mix that results in our music. It has the soulfulness, the funkiness, the grit, the punch, and its own groove. You truly have to experience a Brazilian dance floor to be able to understand it."

Miami audiences will get a glimpse of that Brazilian sound when Mochakk makes his local debut at Club Space on Friday, May 27. He promises "variety, contrast, serious moments, fun moments, some of my crate digging discoveries, unreleased music, [and] lots of good stuff."

To get a feel of what you can expect, listen to his latest single, "False Need," released on Chris Lake's Black Book. The tech-house cut feels anthemic, as at home in a dark warehouse at 4 a.m. as it would be at a large festival at sunset.

Mochakk says releasing the track on Lake's label emerged like everything else the artist gets involved with: They connected over the internet.

"We started talking during his livestreams during the pandemic. I sent him some links, he listened to the tracks live, and he seemed to really like the sonority of the tunes," Mochakk says.

Now he's hoping that his success will allow him to introduce newer sounds that his mostly Gen Z audience might not be familiar with.

"I kinda have a hunger for jazz chords, funky grooves, and raw stuff to make it more into bigger and younger audiences," he says. "I really wish to see a load of musicians I love from Brazil and from the world getting space and showcasing their work to more people, and if me, my parties, or my work helps people that, then I'm happy."

Mochakk. With Danyelino and Ms. Mada. 11 p.m. Friday, May 27, at Club Space, 34 NE 11th St., Miami; 786-357-6456; clubspace.com. Tickets cost $15 to $80 via eventbrite.com.
KEEP MIAMI NEW TIMES FREE... Since we started Miami New Times, it has been defined as the free, independent voice of Miami, and we'd like to keep it that way. With local media under siege, it's more important than ever for us to rally support behind funding our local journalism. You can help by participating in our "I Support" program, allowing us to keep offering readers access to our incisive coverage of local news, food and culture with no paywalls.
Make a one-time donation today for as little as $1.