Eartheater Emerges From the Ashes on Her New Album, Phoenix 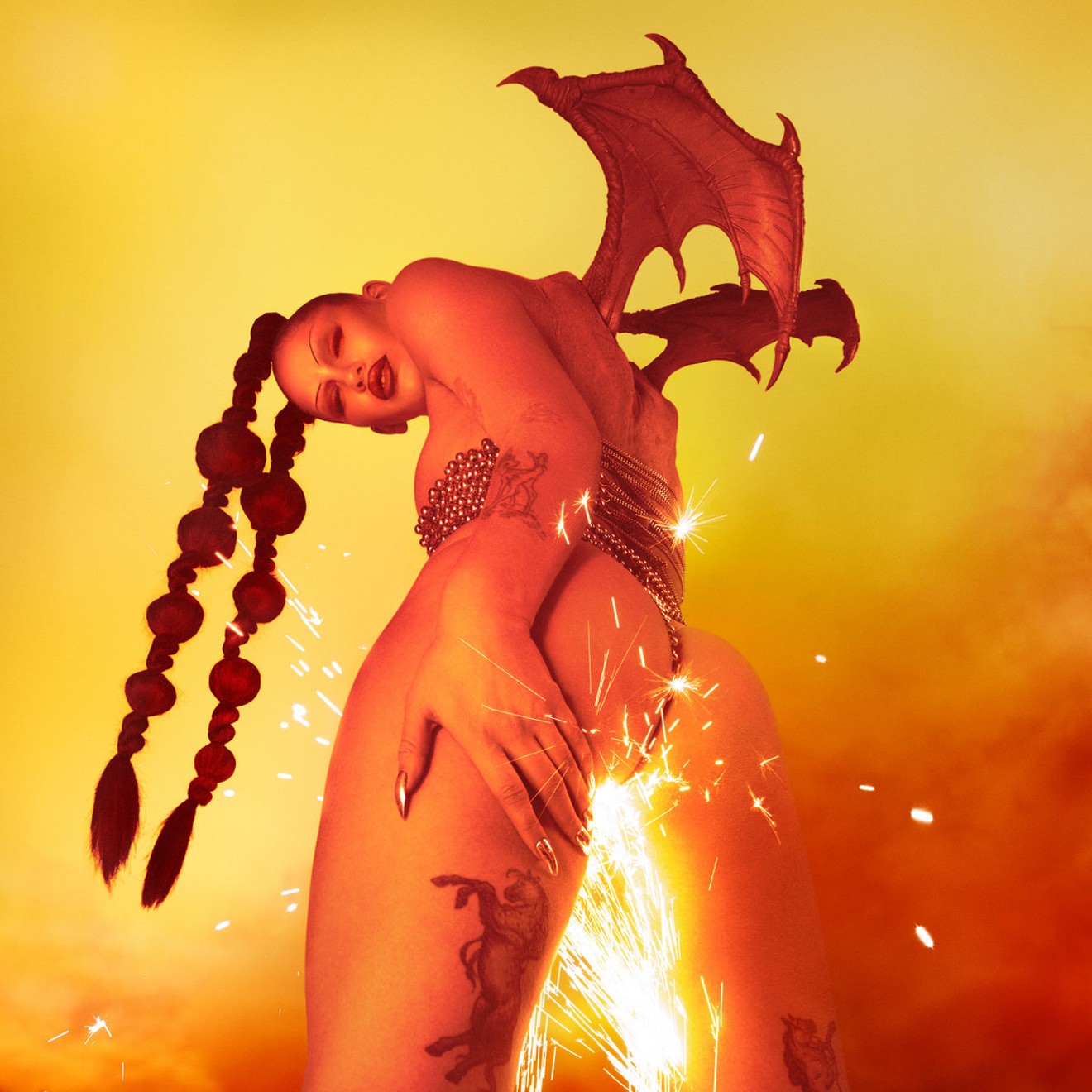 Eartheater will perform virtually for ICA Miami's First Fridays concert series. Photo by Sam Clarke
Alexandra Drewchin, who performs under the name Eartheater, is back in Miami. Except that she isn’t, exactly. Like so many other artists, she'll broadcast her acoustic concert, part of the Institute of Contemporary Art’s performance initiative First Fridays, virtually.

Drewchin — whose Eartheater moniker was inspired by Rebeca, a character in Gabriel García Márquez’s classic One Hundred Years of Solitude who devours dirt in times of stress — hasn’t found it easy to adjust to the new normal of livestreamed events.

The New York City native and self-professed live-show fiend has had to navigate new ways of connecting to viewers and rethink her craft without the pageantry and process (not to mention sound techs) she's accustomed to.

“I’ve found it to be really awkward,” she admits, adding that she initially felt self-conscious talking to a camera rather than to a live audience, “but I’m getting used to it. When I’m actually playing the music, I love it because I love playing these songs, and I inevitably get transported. It’s emotional and fun, and I get to commune with the other players.”

A multi-instrumentalist herself, Drewchin will perform during the First Fridays event alongside her longtime collaborators Marilu Donovan and Adam Markiewicz, with whom she worked on last year's collaborative EP, Angel Lust, and her new album, Phoenix: Flames Are Dew Upon My Skin.

Released earlier this month, Phoenix manages to balance the celestial sonic properties of chamber music (courtesy of the Ensemble de Cámara in Spain) with avant-garde brushstrokes (including field recordings of swing sets), all tied together with a nostalgic nod to classic songwriting structures.

Born to a Russian father and an English mother who split when Drewchin was a child, the artist divided her time between the hyper-urban metropolis of New York City and the tranquil Pennsylvania countryside. Traversing those contrasting settings may have planted the seeds of Drewchin's penchant for polarization, which emerges in her work through her method of juxtaposing opposing sonic elements to create entirely original sounds.

She wrote and recorded the new album during a ten-week artist residency in Spain, sponsored by Fuga.

“It’s this massive, sci-fi-looking, towering, cubic structure on the top of a hill outside the city of Zaragoza," she says of the site of the residency. "It’s surrounded by yellow and red dusty hills. I was given an apartment there and 24-hour access to their top-of-the-line recording studio.”

While the setup sounds like an artist’s idyll, Drewchin found herself getting cold feet before heading out on the creative journey, which would force her to confront the daunting task of writing a full-length album in near-total isolation.

“I was really enjoying collaborating with my fellow producers in New York and spending time with my friends," she explains. "But [the residency] was great. It forced me to go deep, and I became obsessive. It became effortless at a certain point.”
Tracks like "Airborne Ashes" and "Volcano" betray an iterative, meditative quality that can be heard throughout the album, reflecting the trancelike focus Drewchin describes experiencing during their conception. It's a departure from her upbeat — and very sexy — New York underground-inspired project, Trinity. Still, she finds her way back to the throughline that anchors her body of work: the marriage of conflicting artistic impulses.

“I’m chronically inspired and influenced by the things around me to a frustrating extent," she says. "Some of these inspirations will end up canceling each other out. But it was so peaceful there.”

The album is billed as a “path back to the primordial lava lake from which [Eartheater] first emerged." The concept of rebirth — the phoenix rising from the ashes — applies to the fantasy-driven framework Drewchin devised for the album and the far more personal, realistic journey traced by the songs themselves.

“The concept usually reveals itself to me,” she notes. “But I don't find it to be this distracting, alternative sphere. I find the fantasy aspect can give a very real strength and perspective to the project.”

“It felt like COVID hit the day I landed,” Drewchin says with a sigh.


"I find the fantasy aspect can give a very real strength and perspective to the project.”

Adding to the chaos: She couldn't return to the home she shared with her roommate, who is in her 70s — for obvious reasons — leaving Drewchin in residential limbo and her new album into a similar state. But the album came out and Drewchin moved in with a friend.

They are now in a relationship.

“It’s the classic COVID cuff. It would never have happened if it weren't for the pandemic,” she says, laughing.

While circumstances have changed dramatically since Drewchin conceived the project, she says Phoenix belongs in the chaotic space the world has become.

“It’s kind of unnerving how many parallels I’m finding between the album and what's been happening,” she adds.

An example: On the same day her team released the album cover, a fiery image of the artist with dragonlike wings, the world saw images of the Golden Gate Bridge enveloped in the orange glow of wildfire.

“It’s incredible how the free-association of poetry allows for elliptic meaning and growth," Drewchin says. "Although the lyrics on the album ring true to me personally, I'm also finding double-, triple-entendre meanings that have unfolded."

The album leans away from the electronic world from which Drewchin emerged — and intentionally so. As it turns out, creating such a deeply personal, guitar- and vocal-driven project at a time when the world was becoming so vulnerable feels right.

“Everyone gained this new sensitivity during quarantine," says Drewchin, "which I think allowed for a more patient listener.”

Institute of Contemporary Art, Miami's First Fridays Online. With Eartheater. 7 p.m. Friday, November 6; icamiami.org. Stream via youtube.com.
KEEP MIAMI NEW TIMES FREE... Since we started Miami New Times, it has been defined as the free, independent voice of Miami, and we'd like to keep it that way. With local media under siege, it's more important than ever for us to rally support behind funding our local journalism. You can help by participating in our "I Support" program, allowing us to keep offering readers access to our incisive coverage of local news, food and culture with no paywalls.
Make a one-time donation today for as little as $1.