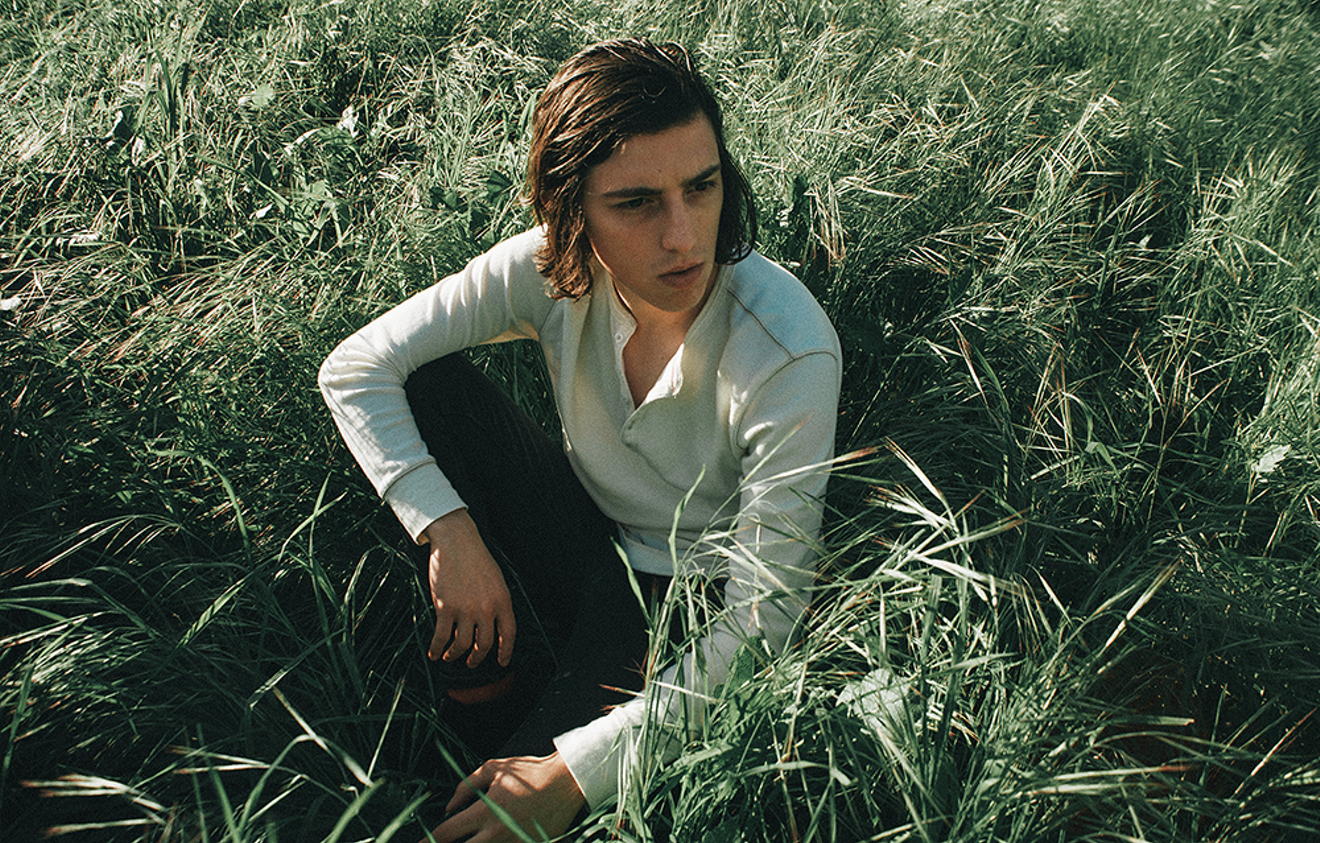 Durante Courtesy photo
Kevin Durante at a very young age opted to express himself through sound rather than words. Born and raised in a small Italian village just outside Florence, he moved with his family to South Florida before he was 5.

As a stranger in a strange land, he recalls, he felt alienated through the language barrier he experienced in his new home.

“I was 4 years old when I moved,” Durante remembers. “I was fully speaking Italian, and then no one spoke Italian and everything was very weird... Most people that age don't have too many memories, but because it was kind of traumatizing, I remember it distinctly. I feel like that's why I create music because it's a better way for me to describe how I feel.”

Now 27, Durante connects with hundreds of thousands of listeners a month as a rising star of the electronic music scene. His emotive brand of house music plays in shades of silver twilight on singles “Split Wick,” “Maia” and “Restless.” His most recent release, the Hana collaboration “Days Pass,” was shared as a lead snippet from the annual Mixed compilation on Above & Beyond's label, Anjunadeep.

Diplo, Bonobo, Rüfüs Du Sol, and other genre heavyweights are fans, and that momentum has helped place Durante at the top of the bill for the first day of Okeechobee Music & Arts Festival's 2020 edition.

“I've never seen my name that big on a festival lineup,” he laughs. “I had to double-check and make sure it wasn't just alphabetical order.”

Durante is still adjusting to the life his music has helped make possible. Even after he learned English, his intense love of music always made him feel like an outcast. Unlike him, other kids weren't interested in the hardcore techno compilations his Italian cousins sent in the mail.

Young Durante found solace in the intimate experience of using digital software to make beats and melodies in his room. He didn't think anyone would ever actually hear them until he left for college and discovered a ragtag group of like-minded maniacs who not only accepted his obsessions but also praised him for them.
“Moving to the University of Florida in Gainesville was such a big part of actualizing the dream,” he shares. “[I was] realizing and understanding that I could go farther and that it didn't have to be just a personal experience. It could be a collective experience with many people involved. It didn't have to be just me in my room listening to music that I made.”

As a fellow University of Florida student, this writer met Durante as a fresh-faced 18-year-old kid from Fort Myers who made music well beyond his years. We met at the local Saturday-night party Neon Liger, and he used to send me SoundCloud links and ask for my opinion about his music. Even back then, it was apparent he had something special. Some of our fellow party-fiend friends graduated and moved to Los Angeles to pursue the music industry full-time. Maybe a year or two later, Durante dropped out of school to follow those same dreams in a city he had never before visited.

He got a job working for Skrillex's label, OWSLA, where he learned skills that have served him well as an independent artist who now helps other artists run indie labels of their own. He has become buddy-buddy with Amtrac and Totally Enormous Extinct Dinosaurs, two electronic musicians who also play with shifting moods and sounds, defying distinction in search of something deeply personal and unique. Durante does much of the back-end work for TEED's new label, Nice Age, and has been a longtime collaborator with Amtrac's imprint, Openers.

“We all understand the need to slip into a reclusive state,” Durante says. “There will be weeks at a time where we don't talk, and it's not because I'm hanging out with other people; it's literally just because I don't leave the house. I just stay at home and make music, and I don't talk to anyone. Having that [mutual] understanding and still being able to be such close friends is really nice and important for me, so when I want to come out of my hole, I can have close friends to call and be like, 'Yo, what you doing?' as if a day hasn't gone by.”

To that point, he still sees music as a deeply personal experience. His studio is simply a desk in his room, cramped by the Korg Minilogue, Moog Grandmother, Elektron Octatrack, and a couple of speakers. A natural night owl, he often stays up working on midnight sounds for days or even weeks at a time, and that solitary feeling seeps into his mystical style.

“I guess the feeling that I create with my music is more that feeling between two worlds: happy/sad,” he says. “Music should always create some sort of emotion — that's the purpose of music — and it doesn't even have to be a deep emotion... but I feel like it has to evoke some sort of feeling for it to be good."

He's working on as much music as he can until Okeechobee arrives. He'll still be hard at work after the fest too. Then, when it's time to get touring in the summer months, he'll focus on creating “a good experience for people who like to party.”

“I'm really thankful and very excited [about Okeechobee],” he says, “and I have some friends coming out that I grew up with that are fans of the festival. It means a lot, having grown up in Florida, to be playing an event that means so much to a lot of people who live there.”

Durante at Okeechobee Music & Arts Festival 2020. With Vampire Weekend, Bassnectar, Mumford & Sons, and others. Thursday, March 5, through Sunday, March 8, in Sunshine Grove, 12517 NE 91st Ave., Okeechobee. Tickets cost $279 to $599.99 via okeechobeefest.com.
KEEP MIAMI NEW TIMES FREE... Since we started Miami New Times, it has been defined as the free, independent voice of Miami, and we'd like to keep it that way. With local media under siege, it's more important than ever for us to rally support behind funding our local journalism. You can help by participating in our "I Support" program, allowing us to keep offering readers access to our incisive coverage of local news, food and culture with no paywalls.
Make a one-time donation today for as little as $1.