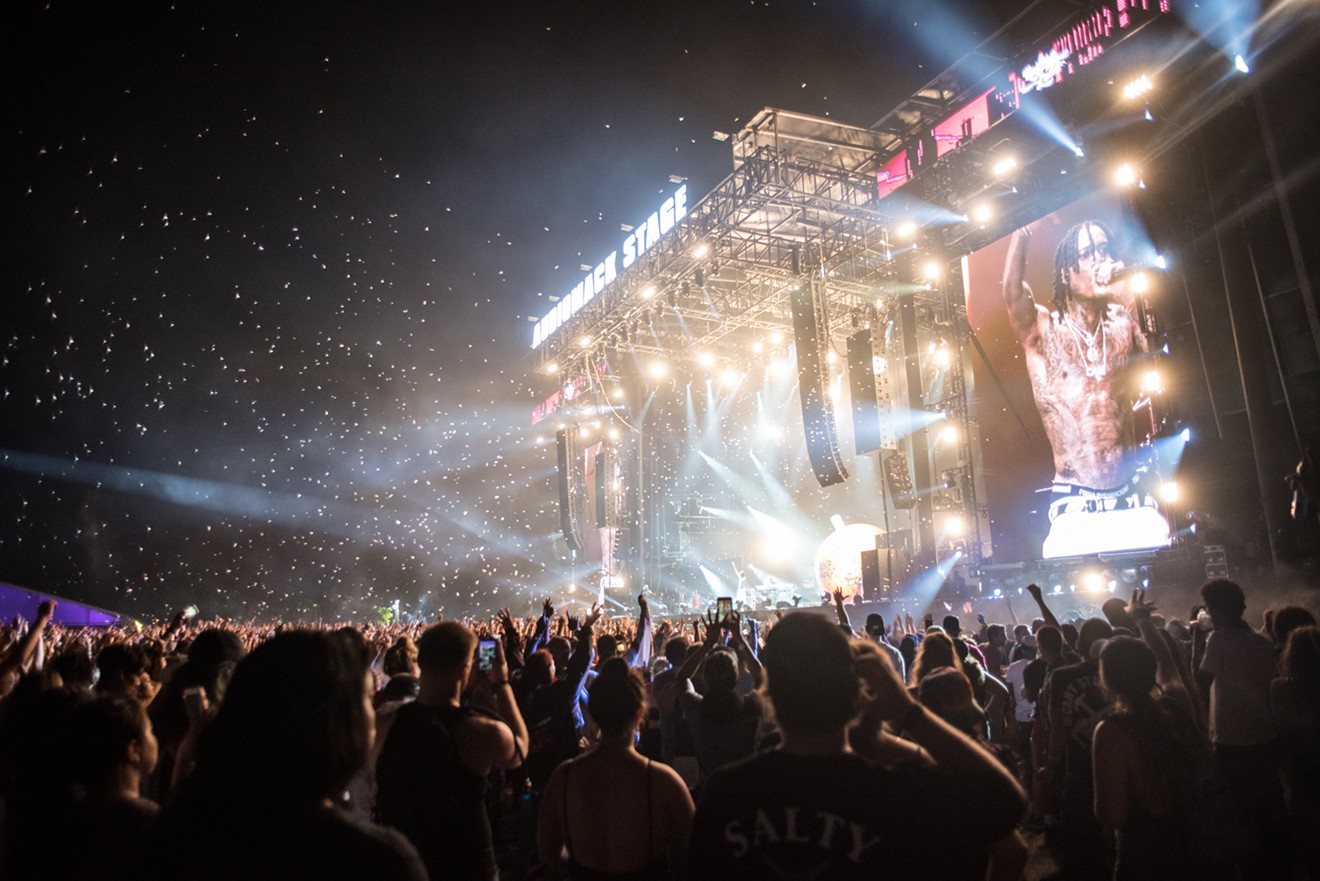 Photo by Amadeus McCaskill
Four years ago, the inaugural Rolling Loud festival was a humble one-day event held in Wynwood. Schoolboy Q, riding high on the success of his Kendrick Lamar-featuring hit “Collard Greens,” headlined a bill that included Juicy J, Action Bronson, Curren$y, and a pre-Rodeo Travis Scott. That’s nothing to scoff at for a festival in its infancy, but it’s a far cry from what the event held in store.

Four years later, what began as a stoner fever dream of indie rappers has emerged as the predominant rap festival in America and arguably Miami’s most notable annual music event. As Ultra Music Festival experienced a very public meltdown amid a location change and its genre’s gradual fall from prominence, Rolling Loud has only grown stronger.

How did this festival get so big so quickly?

Rolling Loud filled a void in Miami’s music scene like smoke filling a hotbox. Suddenly, as South Florida’s SoundCloud rappers began to gain traction, a local event came along to provide them with a major platform to jump-start touring careers and provide exposure. Seemingly overnight, Miami became an incubator for some of the most hyped hip-hop in the world, and the festival and the local scene fed off each other and grew exponentially.

Let’s put this in perspective: Coachella, widely considered the largest, most successful music festival in the world, lost so much money in its first iteration it didn’t return the next year. That festival didn’t expand to three days until its eighth edition, in 2007. In only its third year, Rolling Loud moved to a larger venue, expanded to three days, sold out, and was headlined by the most acclaimed rapper in the world, Kendrick Lamar. That’s like a kid growing four feet taller and graduating from kindergarten to college in the span of two years.

All of a sudden, getting booked at Rolling Loud was a huge win for artists. A spot on the bill became a springboard for a fledgling MC, and a headlining slot became a victory lap for the biggest names in the genre.

Comparable festivals across the nation are few and far between — if there are any at all. Rolling Loud’s exclusivity as the only three-day music fest curated for hip-hop fans has made it not only a staple of the Miami music scene but also a destination for fans from around the country and around the world. For proof that Rolling Loud has grown from its Miami roots to become its own massive brand, look no further than the fest’s expansion both nationally and internationally. It has established sister festivals in Northern and Southern California and earlier this year sold out its first Australian event.

This year’s Miami festival is slated for the second weekend of May and continues the trend of lineups that include some of the biggest names and heaviest hitters in the rap game. As major festival lineups have become increasingly indistinguishable in recent years, Rolling Loud stands out. This year’s bill is topped by Migos, Travis Scott, and Kid Cudi and is peppered with gems all the way down into the smallest fonts. If past years are any indication, Miami's 2019 edition is bound to be one of the biggest moments of the year in rap, and it’s happening right in our backyard. Don’t sleep on Rolling Loud. When the dust settles, the only rap festivals left will be haters and imitators.

Rolling Loud Miami 2019. With Migos, Travis Scott, Kid Cudi, and others. Friday, May 10, through Sunday, May 12, at Hard Rock Stadium, 347 Don Shula Dr., Miami Gardens; rollingloud.com. General-admission passes cost $429 via frontgatetickets.com.
KEEP MIAMI NEW TIMES FREE... Since we started Miami New Times, it has been defined as the free, independent voice of Miami, and we'd like to keep it that way. With local media under siege, it's more important than ever for us to rally support behind funding our local journalism. You can help by participating in our "I Support" program, allowing us to keep offering readers access to our incisive coverage of local news, food and culture with no paywalls.
Make a one-time donation today for as little as $1.