Five Things Not to Do in Getting Gigs for Your Band 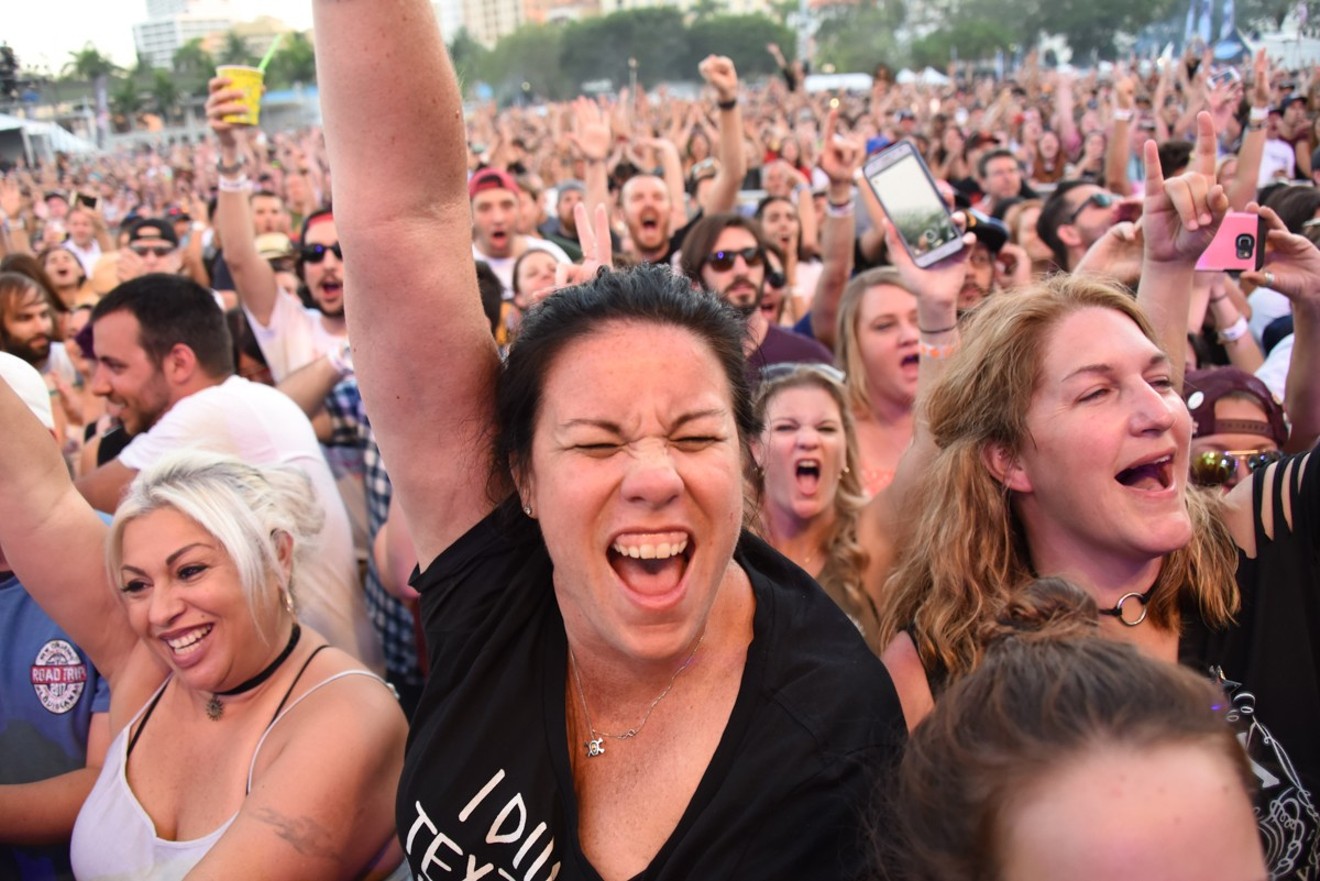 Want your own adoring fans? Don't do this shit. Photo by Michele Eve Sandberg
Almost daily I encounter musicians who want a gig. Most are incredibly nice, but they still make some crucial mistakes. Because most of you musicians have the attention span of a cat, I am going to tell you what not to do.

1. Do not approach anyone you don't know well and need something from while they are eating. It sounds so simple, but believe it or not, it's a thing. Sometimes band leaders even attempt a handshake introduction while interrupting the booker's meal. That's a great way to blow it. Just because that person you need to ask for a gig is temporarily immobile does not mean it's a good time to approach and pitch. Mealtime is sacred. If you need further proof, see what happens when you try to shake any animal's hand while it's eating.

2. Don't tag a would-be booker on your shitty thread to promote a show that booker would never attend in Homestead. Next thing you know, the booker is caught up in a web of uninteresting comments from your seven overly supportive friends. This has never resulted in a gig in the history of this planet. This is science here.

3. Don't try to speak to bookers about your band before they hear your music. Ummmm, newp. Nor should you try to meet and speak with a booker before that person has heard your band. Ummmm, fuck newp. Would you want to hear this? “Hey, buddy, you didn't know this, but I have a band! Wanna get some coffee and hear about my hopes and dreams and see what you can do for me as well?"

4. Don't suck. Learn your instrument. Your mother must have told you she loves you and you're awesome way too many times. I can see you now, strolling out of Guitar Center with her and a Fender combo packet complete with guitar, little amp, and cable. You probably even made her buy you a songbook even though you could have easily gotten the info on YouTube. Also, you might be easy on the eyes and will probably squeeze a few gigs out of that too. But that shit gets old. Nothing is more unattractive than a janky, misplaced chord. If nothing else, you should want musical respect from your booker. If that band or project doesn't work out, at least you will have the recognition and a foot in the door.

Just remember: Playing live music is a privilege, not a right. If you work and have some talent, things will begin to work out.

Last, here is one "do" to remember: Do be nice to your sound man if you're lucky enough to have one.

KEEP MIAMI NEW TIMES FREE... Since we started Miami New Times, it has been defined as the free, independent voice of Miami, and we'd like to keep it that way. With local media under siege, it's more important than ever for us to rally support behind funding our local journalism. You can help by participating in our "I Support" program, allowing us to keep offering readers access to our incisive coverage of local news, food and culture with no paywalls.
Make a one-time donation today for as little as $1.
Eric Garcia