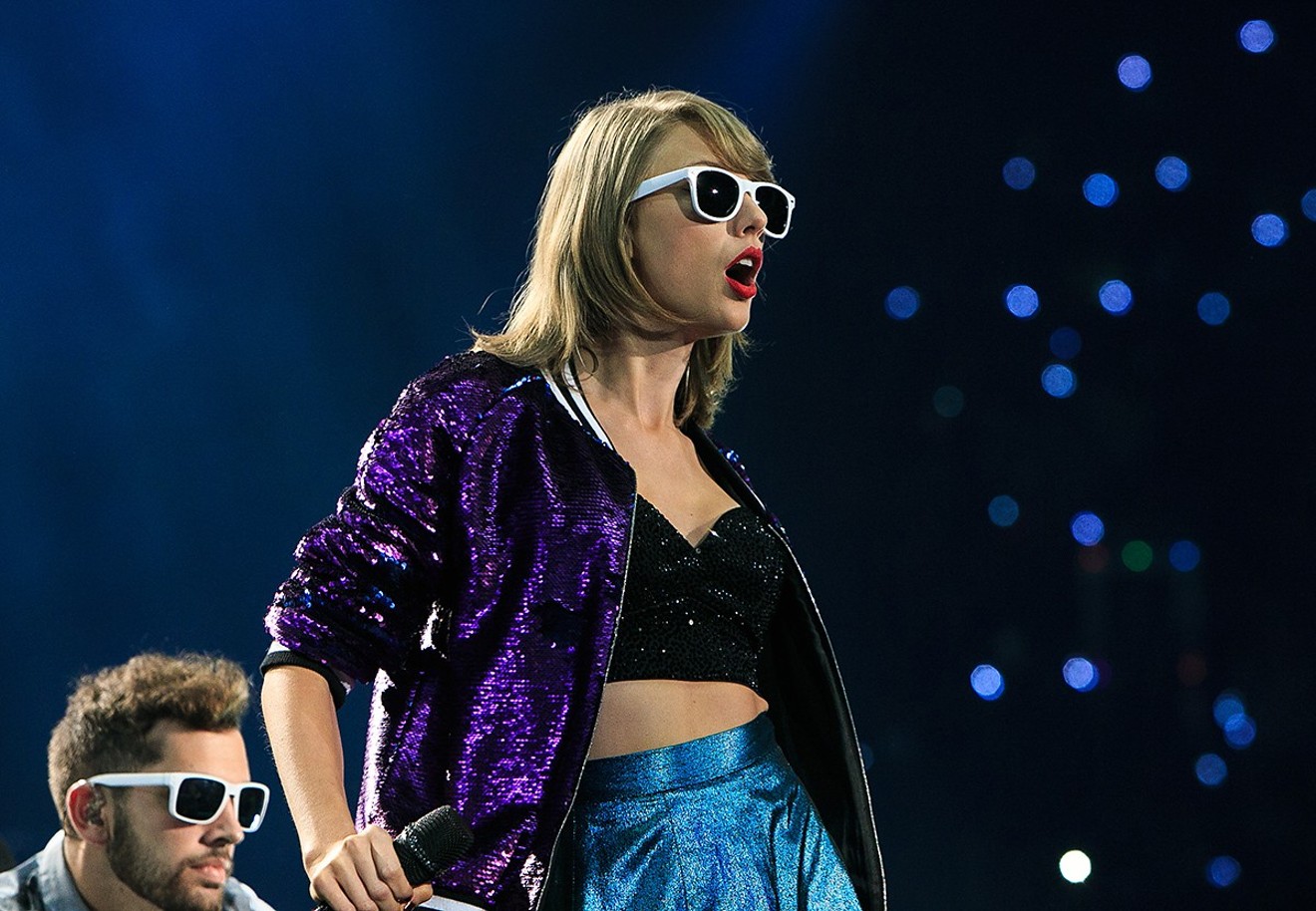 Taylor Swift at her last Miami appearance, on her tour 1984. Photo by George Martinez
Taylor Swift is having a busy month. She released her album Reputation last week, hot off the heels of its lead single, a love letter to Right Said Fred, "Look What You Made Me Do." She performed on SNL Saturday night. She's also made the time to sue a blogger who pointed out that Nazis are among her biggest fans.

Now she's going on tour, bringing the new Taylor — the old one is dead, you know — to South Florida next summer.

Taylor Swift's tour Reputation will make a stop at Hard Rock Stadium August 18, 2018, right in the middle of a tour that's scheduled to kick off outside Phoenix in May. She'll perform in Tampa four days earlier, on August 14, at Raymond James Stadium.

For better or worse, Swift has inspired strong reactions throughout her career. Ever since she rocketed to fame with her second studio album, Fearless, a legion of superfans, many of them teens and young women, have obsessed over her, idolizing her music, her appearance, her relationships, and their seemingly inevitable heartbreak. Swift, along with her posse of starlets that includes Karli Kloss and Cara Delevingne, pretty much invented #squadgoals. She promoted a girl-positive brand of feminism that felt like a breath of fresh air to girls too often coached to look at their peers as competition instead of friends.

But if Swift didn't inspire devoted fandom in you, she probably inspired the opposite. Hating on Taylor Swift has long been an easy punch line, often landing with a side of sexism: She's too whiny, she's dated too many men, her music is just for girls.

In recent years, however, critics of Swift have voiced more substantial complaints: that the imagery in 1984's "Shake It Off" video was racist, for example, and more recently, that she hasn't spoken publicly against the so-called alt-right movement that's begun to rival teen girls as her most ardent fans.

It all makes this moment feel like a crucial one in Swift's career. Taylor superfans tend to stay loyal to their queen. But teen girls are also politically outspoken, especially in recent years. Will the Reputation tour draw the same sell-out audiences as her previous shows? And if so, who will be at Hard Rock Stadium August 18 — feminist young women, Nazi supporters, or a dangerous combination of both?

Taylor Swift's Reputation stadium tour dates are as follows:
Tickets go on sale to the general public December 13. Fans can purchase tickets in advance of the public in North America via Taylor Swift Tix powered by Ticketmaster Verified Fan. You can register for that service through November 28 at taylorswift.com.