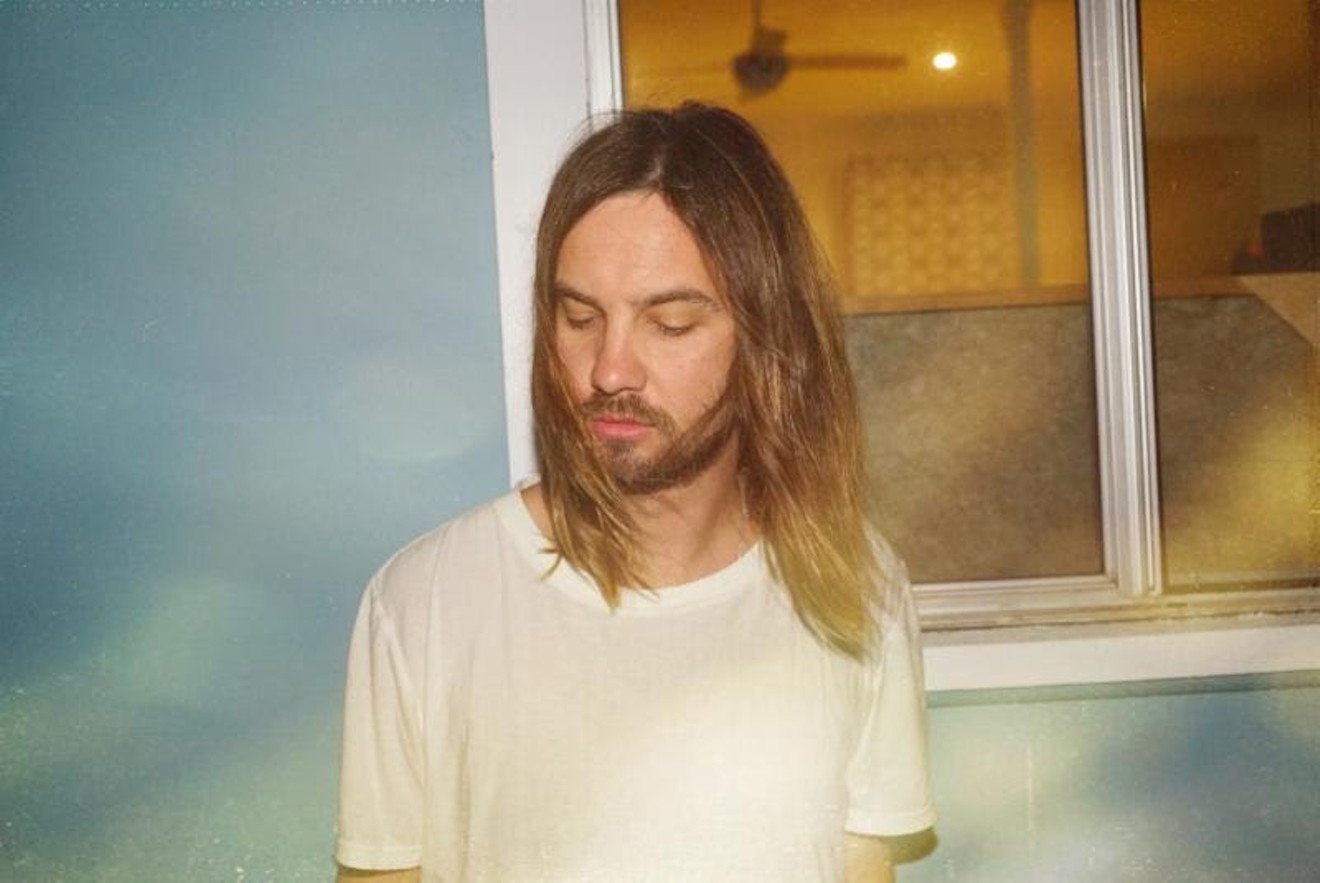 Tame Impala Courtesy of Grandstand Media
Tame Impala, the project led by Aussie musician Kevin Parker, hasn't released an album since 2015's Currents, yet the band remains a favorite, especially among music festival-goers. Leaning heavily into its psych-rock sound, Tame Impala has effectively become the Pink Floyd for the millennial set. The band's devout following is so massive that Currents reached number four on the Billboard 200.

Perhaps that's why it's so strange that until now, Parker has never brought Tame Impala to South Florida. That's set to change when the band makes its Magic City debut at the Fillmore Miami Beach May 7.

Though Parker hasn't released an album in three and a half years, he has kept plenty busy, particularly working with artists such as Mark Ronson, Lady Gaga, Zhu, Kanye West, and Travis Scott. But judging by his latest string of live performances, including a headlining slot at Coachella in April, many observers expect a release from Tame Impala this year. However, Parker hasn't given any indication that new music, let alone a new album, is coming soon.

The only taste Miami has gotten of Tame Impala is when Parker and Mark Ronson DJ'ed at III Points in 2017 — not exactly the same thing as a full-fledged live show.

However, Miami should count itself lucky to see the band at an intimate venue such as the Fillmore. Tame Impala regularly plays for hundreds of thousands of people at large festivals. With a max capacity of 2,700, the Fillmore will feel like a club show, even when compared to the only other Florida date on the tour, at the St. Augustine Amphitheatre, which can hold close to 5,000. Actually, it's somewhat surprising his Miami show won't be held at Bayfront Park Amphitheater, which has a max capacity of 10,000, because Parker could sell out that venue or come pretty damn close.

Tickets go on sale at 10 a.m. Friday, February 1, and because of the Fillmore's low capacity, expect the show to sell out.

Tame Impala. 8 p.m. Tuesday, May 7, at the Fillmore Miami Beach, 1700 Washington Ave., Miami Beach; 305-673-7300; fillmoremb.com. Tickets cost $46 to $59.50 via livenation.com.
KEEP MIAMI NEW TIMES FREE... Since we started Miami New Times, it has been defined as the free, independent voice of Miami, and we'd like to keep it that way. With local media under siege, it's more important than ever for us to rally support behind funding our local journalism. You can help by participating in our "I Support" program, allowing us to keep offering readers access to our incisive coverage of local news, food and culture with no paywalls.
Make a one-time donation today for as little as $1.