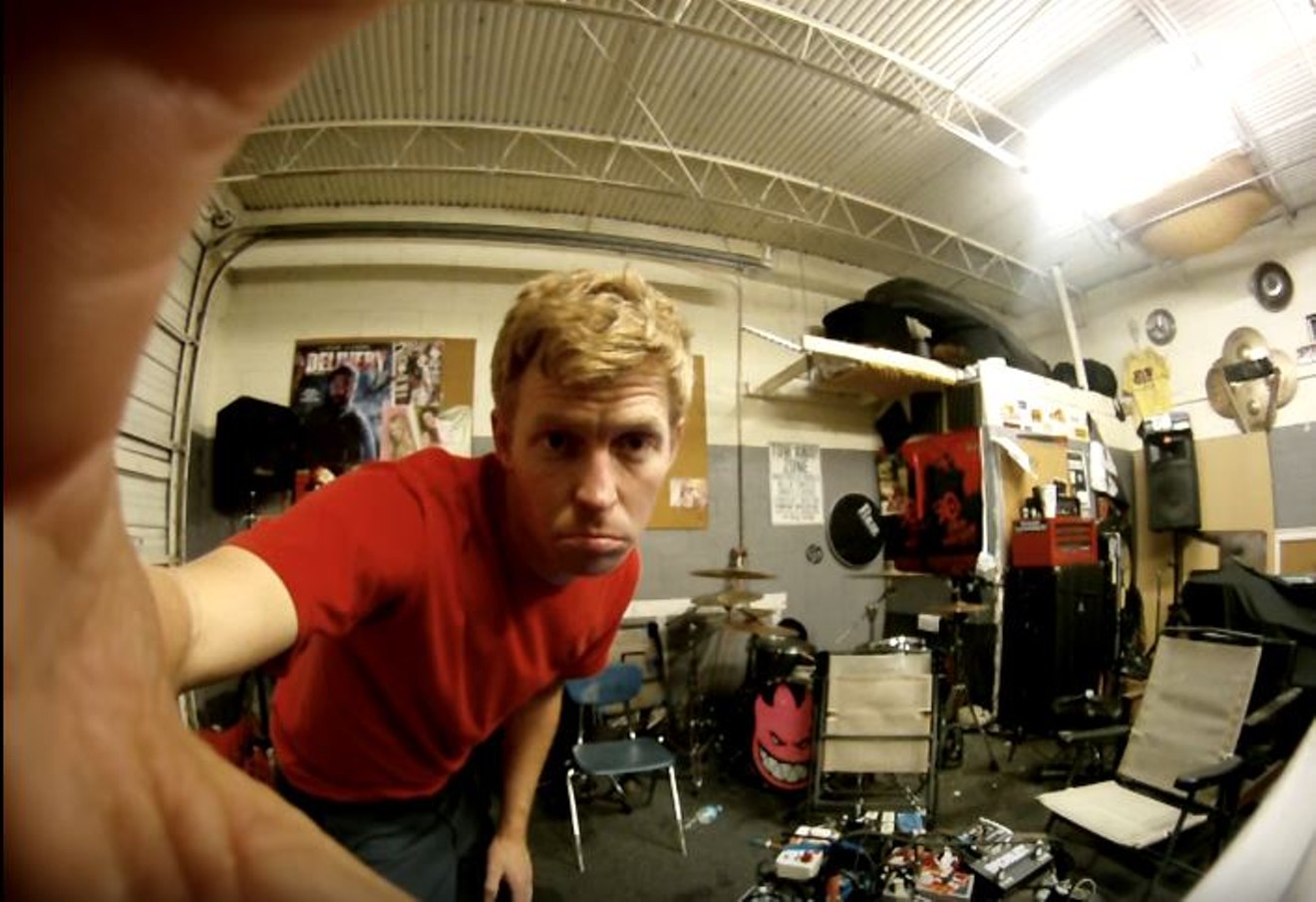 Human Fluid Rot is looking at you, kid. YouTube
It’s difficult to tell in which direction the mainstream appeal of noise music is pointing, but in South Florida, at least, it's a vibrant scene. Some will say Rat Bastard singlehandedly built it, and that wouldn’t be off the mark. Others would dispute that. In any case, it's here to stay and growing.

“I was really bored and wanted to play live, so I figured, fuck it, make my own show,” ’s Brian Smith says after eating a pound of caramel popcorn and a vat of vanilla ice cream. “Supposedly, noise is ‘in’ now, but it's still a struggle to get people to show up. Hell, Adult Swim has a fucking noise album available for download now! Churchill's has always been of this scene, or maybe it's just Rat Bastard, but it's not enough. I wanted more, so I'm making it myself.”

Though he admires Bastard’s infamous annual International Noise Conference and the monthly Broward Noise Conference, Smith says South Florida needs more noise. Formerly ElectroLust’s videographer, Smith made his bones in the “crazy, nasty, smaller version of Fetish Factory” and has carried over a sense of the theatrical to his event. After a pair of raucous performances in Churchill’s Green Room, Smith is pulling out all the stops for this show.

His fully immersive Official Noise and Electronic Odd Musical Performance Event (Vol. 3) kickstarts the year January 13 at Space Mountain, newly reopened at 738 62nd St., Miami. There will be Sega Genesis games, party favors, and his most ambitious lighting display to date. As Smith casually states under the influence of sugar: “I want the audience to feel like they’re under water, enveloped by the sound. If I could afford to hand out free acid to everyone attending, I probably would.”

It’s been well over a year since Space Mountain folded. But board chairwoman Alicia Apfel is back to try again, hoping the clientele the venue attracts now will be less destructive than the previous one. Smith thinks her new approach will be ultimately more profitable for her business and will ensure longevity. “She's big into developing a sense of community, hosting nonmusic-related events like discussions, debates, and, of course, art displays. It'd be nice if she could have more raw punk and hardcore shows, but after they wrecked that last location, I doubt it.”

“If I can get an audience, I’d love to do this once a month. Also, the music I make myself isn't particularly good, so I guess I need to make my own event so I can have a place to play. I've done this event twice before, but I guess it was so disastrous that they didn't want me anymore. I probably should’ve cleaned up all the douche bottles and random garbage I left behind, huh?” 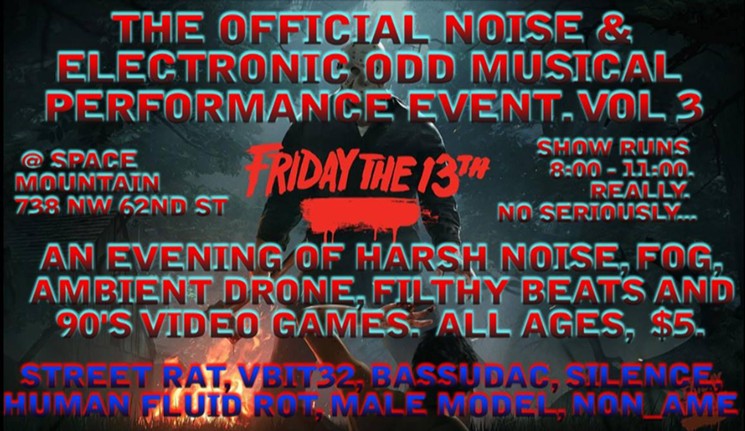