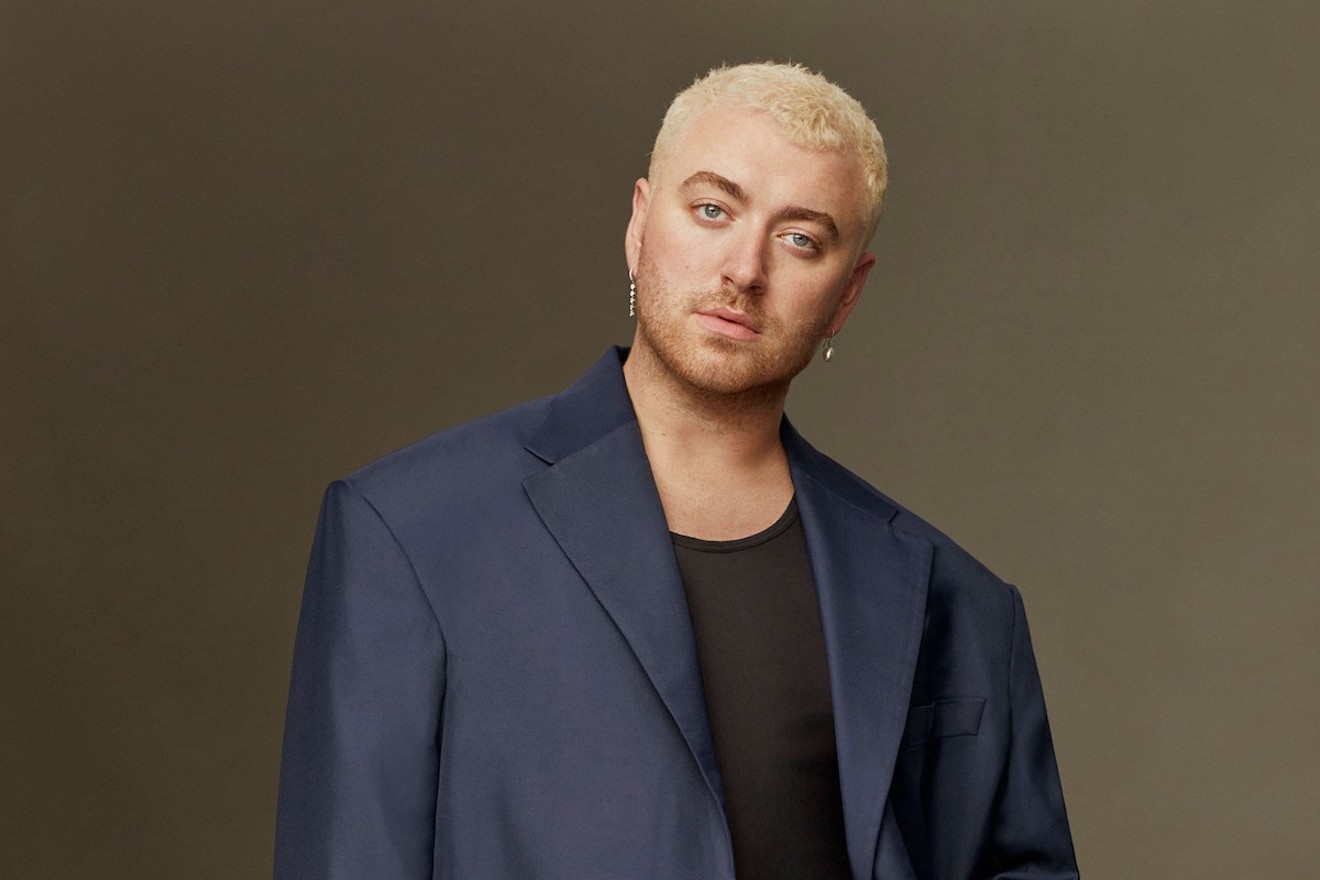 Sam Smith Photo by Michael Bailey Gates / Courtesy Universal Music Group
Ever wanted to hear all the songs you regularly over the PA system while shopping for groceries at Publix live? Well, you're in luck — Sam Smith is going on tour.

The English pop singer-songwriter will launch the North American leg of their Gloria Tour right here in Miami. (The tour officially kicks off in April with the European leg.) The tour stops in South Florida on July 25 at the arena soon-to-be formerly known as FTX with special guest Jessie Reyez.

Smith first broke out as a featured artist on Disclosure's iconic 2013 single "Latch," an all-timer electro-house banger. They then switched gears away from the club, emerging as a sort of masculine equivalent to Adele with a string of soulful tunes, including "I'm Not the Only One" and the gospel-tinged "Stay With Me." After earning multiple Grammys with their debut album In the Lonely Hour, they got an even bigger lift when Smith was chosen (above Radiohead, incredibly) to provide the theme song to the James Bond film Spectre. The mournful ballad "Writing's on the Wall" became another massive hit for the artist, earning them an Oscar for "Best Original Song."

All this is to say that Smith has a certain reputation as "Mom Music." Their sensitive portrayals of love and heartbreak and pretty, unchallenging instrumentals have made them globally popular, especially with the adult contemporary audience. Chances ar,e if your mother is the kind of lady who misremembers movie titles and still watches American Idol, she has a Sam Smith CD stashed away somewhere.
Smith has shown signs of pivoting away from this label, however. The star has been very public about their gender and sexual identity, coming out as openly gay in 2014, genderqueer in 2017, and finally nonbinary in 2019, and their new record Gloria, out January 27, sees them going in a much more provocative direction. Their recent single "Unholy" featuring Kim Petras attempts to blend Smith's gospel balladry with an edgy, hyper-pop-influenced sound. The video is best described as a queer cabaret performance.

Will this alienate audiences, or is Smith preparing for a new generation of moms who love Ru Paul's Drag Race? You'll find out on July 25.

Sam Smith. With Jessie Reyez. Tuesday, July 25, at FTX Arena, 601 Biscayne Blvd., Miami; 786-777-1000; ftxarena.com. Tickets cost $30.25 to $144.75 via ticketmaster.com.
KEEP MIAMI NEW TIMES FREE... Since we started Miami New Times, it has been defined as the free, independent voice of Miami, and we'd like to keep it that way. With local media under siege, it's more important than ever for us to rally support behind funding our local journalism. You can help by participating in our "I Support" program, allowing us to keep offering readers access to our incisive coverage of local news, food and culture with no paywalls.
Make a one-time donation today for as little as $1.