J Balvin on Miami, the Latin Revolution, and His Gente 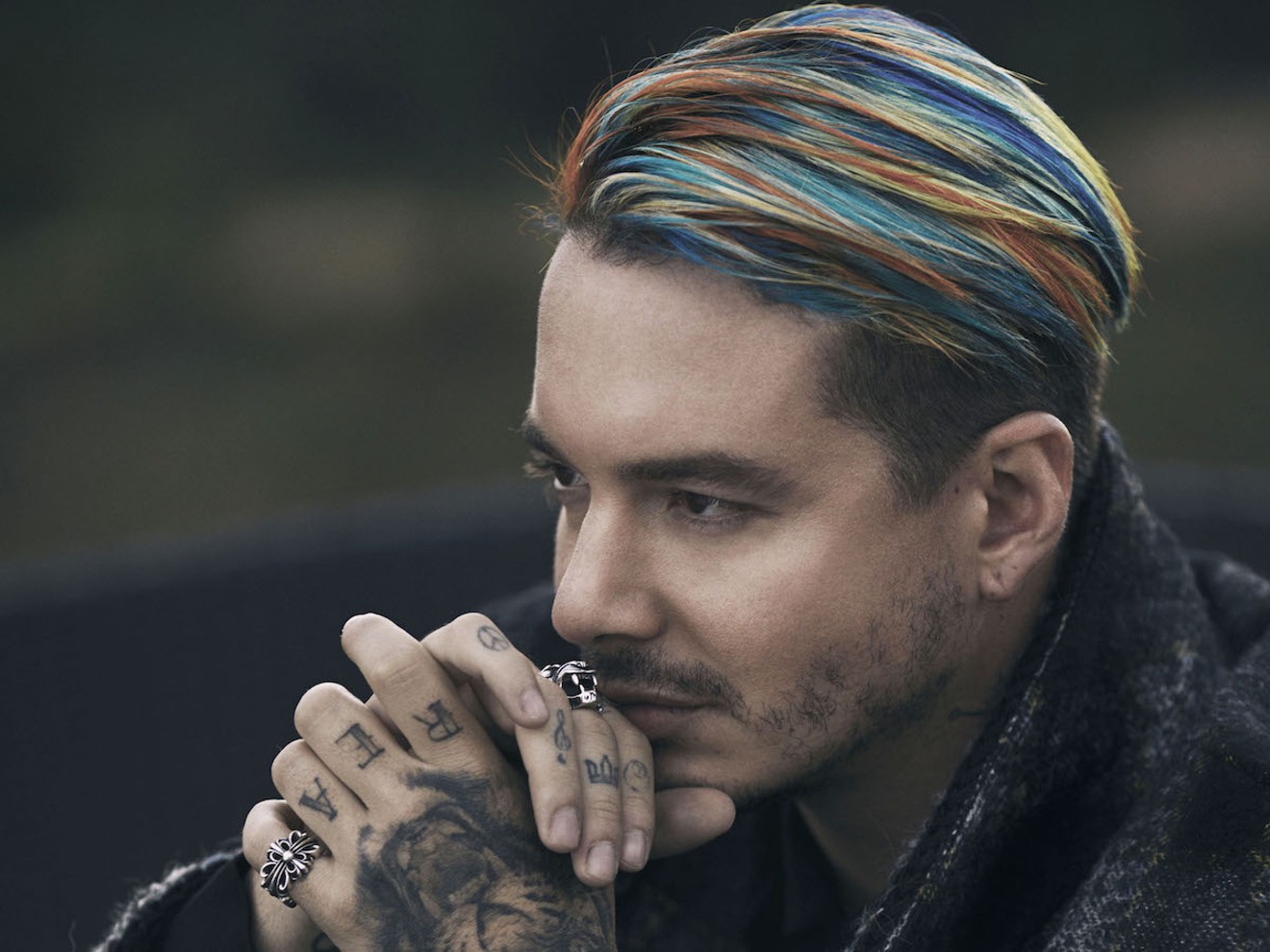 J Balvin Courtesy photo
When J Balvin hopped onstage at the American Airlines Arena Friday night in a bright orange tracksuit and literally rose-colored glasses, you might have thought you were at the wrong show.

Backed by a full live band (is this jazz rock?) artfully drum- and guitar-soloing to "Veneno" (the Hard Rock?) and his signature lightning-bolt-eyed smiley face logo (Ultra?), Balvin began the show with his signature call: leggo!

The 32-year-old Colombian musician has made a career of evading neat genre or character judgments. Whereas Luis Fonsi's and Daddy Yankee's "Despacito" was the summer darling of critics and the charts, Balvin's "Mi Gente" is round two. Both songs have been aggressively co-opted by mainstream music outlets and non-Latinx journalists who have pretended to have heard or cared about reggaeton before May. This week, "Despacito" and "Mi Gente" became the first two non-English-language tracks in history to concurrently place in Billboard Hot 100's Top Ten. With "Mi Gente" and its not-slowing-down approach, the circles critics ran around "Despacito" are settling into a pattern of shock and admiration toward Latinx musicians who, duh, continue to produce total bangers with or without American superstars.

Before the show, Balvin relaxed backstage in sweatpants, glasses, and Vans sneakers of differing colors.  It was the last stop on his Energía tour presented by Buchanan's. The prince of pop-reggaeton resembled nothing of the classist angry reggaetonero stereotype of the early 2000s, concerned with women, money, and guns. Gone were the scantily clad female backup dancers characteristic of old-school reggaeton; instead, Balvin looked incredibly cool and not misogynistic backed by the ABC Dancers of Cartagena.

When asked about his feelings on the Latin "takeover" or "revolution," he said simply: "I think its cool," then pushed back on the "Latin" part: "We’ve been working a lot. I honestly don’t make music for Latinos, I make music for the world."

"We’re creating a new statement," he said. "Like, after 'Despacito,' we said it this other way with 'Mi Gente,' 'cause the songs are totally different; It's two different vibes." Out of humility or respect, Balvin added that reggaeton "has always been in all the cities. It’s just that the music is getting so strong that now [the media] can’t cover it, they can’t hide it.”

The best assessment of "Mi Gente"'s importance to the "revolution" comes from Balvin himself. In the Trump era, Balvin's music is a reminder that the Latin American community thrives in solidarity, especially now. "'Mi Gente' is a love song," Balvin explained. "It’s about energy — being together — with no discrimination. I think that’s what we need right now.”

On stage, Balvin spoke only Spanish after his feverish introduction: "Hola 305! A todos mis Latinos...I'm proud to be Latino, to see you all dancing, and to dedicate this show to the people of Mexico and Puerto Rico and Venezuela." He declares each member of the sold-out crowd buena gente, like a mother would new neighbors.

As the night wore on and the casual concertgoer realized that all those songs are actually by the influential Balvin, the singer continued to hop around onstage, joined by a veritable Motley crew of guests, from established reggaeton figures like Zion & Lennox and BIA on older tracks to newcomers like Karol G and Bad Bunny—and all the way to genre-bending collaborators like French Montana and Steve Aoki. For a moment, the audience believed that even Beyoncé might make a surprise appearance.

Backstage, Balvin expressed nothing but gratitude toward Beyoncé for taking an interest in "Mi Gente" and donating her proceeds from the remix to disaster relief in Mexico and Puerto Rico after he asked her to collaborate. "For a superstar like her to jump on the remix... it’s a blessing," Balvin says. "That’s why she’s the queen.”

Yet Balvin is confident in the power of his music all on its own. “The beautiful thing about 'Mi Gente' is it got to  number one globally without Beyonce," he says. "It was more about love... the beautiful thing is that it wasn’t a strategy. It just happened.”

As the news cycle, President Trump, and FEMA begin to move on from Puerto Rico and the still-disastrous state of its infrastructure after Hurricanes Irma and Maria, Balvin isn't letting up. "The only way I can help right now is to show the world that Puerto Rico and Mexico still need help," he said. "I’m Latino too, so you know, I don’t have to be from Puerto Rico. I don’t know how it feels to be in a hurricane. I haven’t even been close to one — but one day, that could be us.”

Despite a star-studded cast of surprise guests and a sold-out arena of men and women dancing their hearts out, Balvin still referred to himself as "an up-and-coming artist." A proud paisa, Balvin remains based in his hometown of Medellín, where he grew up, and where he plans to return after his tour to relax un ratito. To his mother and grandmother in the audience, he improvises a balladesque interlude: "ya llegamos a Miami / locos con todas éstas mamis," he began. "Mami, yo te amo / que éste sueño siga." We finally arrived in Miami / crazy with all these ladies / I love you, Mami / let this dream continue.

"Mi Gente" is this silly, heartfelt improvisation writ large in a nightclub. ¿Y dónde está mi gente? asks Balvin, And where are my people?

"What better way to end the tour?" Balvin laughed.

Oh, and one more thing: J Balvin's team divulged to New Times that the singer will make a surprise appearance of his own at Saturday's SOMOS Live! Benefit Concert at Marlin's Park. You heard it here first, mi gente.