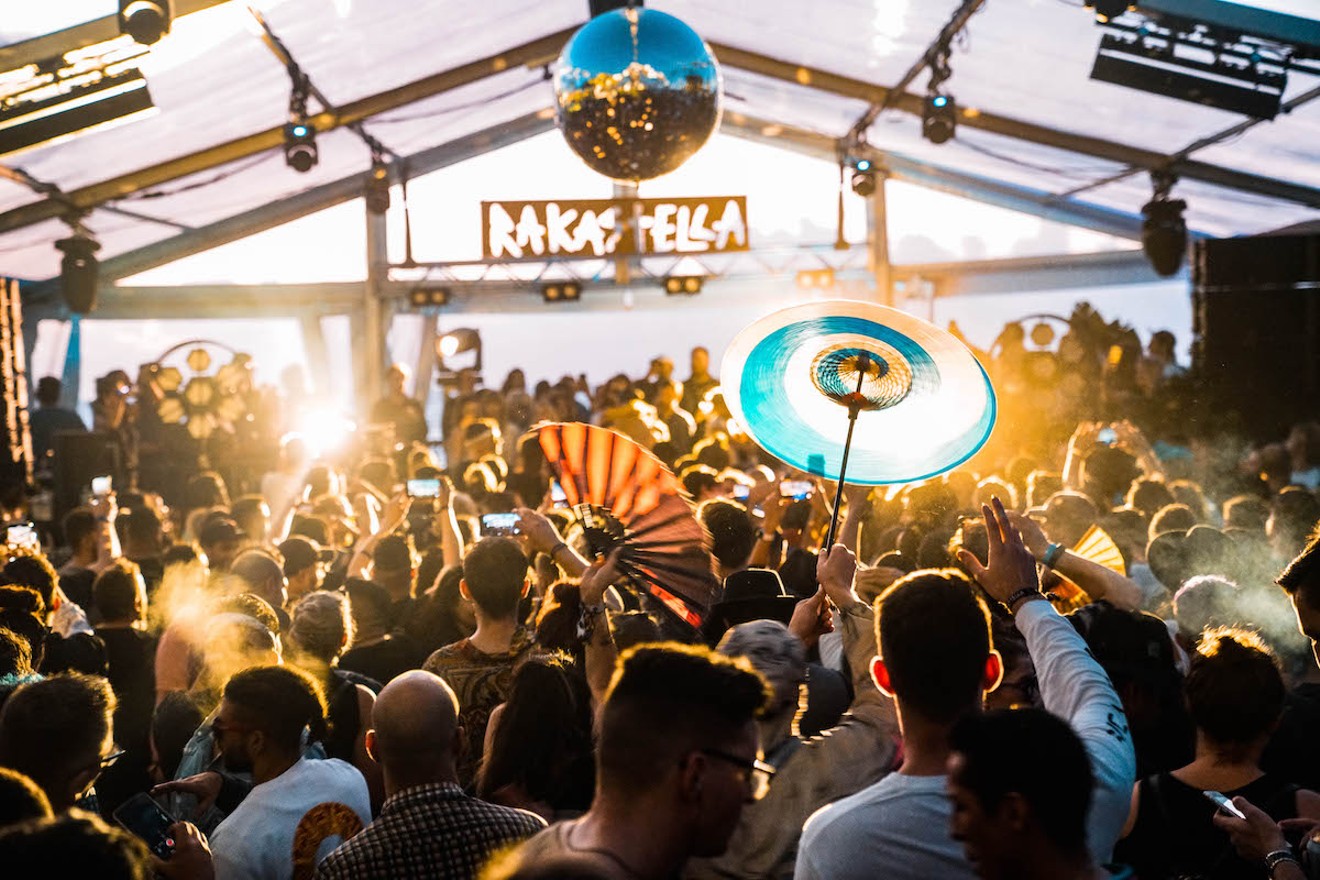 Rakastella returns this December. Photo by Lauren DeCanio
There's a dance party happening at the Historic Virginia Key Beach Park — and no, it's not Ultra.

Rakastella, Life and Death and Innervisions' Miami Art Week party, returns this December. Tickets went on sale in May, but the event has finally given everybody a clue on who's performing this year. Yesterday, it dropped the first five acts on the lineup: Jayda G, Ben UFO, KiNK, John Talabot, and Mor Elian. Organizers say the group keeps with the event's "forward-thinking and eclectic aesthetic," and it's hard to disagree.

All of the DJs have gotten on the decks in Miami before, but not as often as most underground dance music fans might like. It's also rare to find a Miami dance-music event these days where women aren't relegated to spectators, but Rakastella has managed to buck that trend by scheduling Jayda G and Mor Elian. (Here's hoping the gender balance stays somewhat even as more acts get announced.)

If you're unfamiliar with Jayda G, who last played at the Electric Pickle in 2018, she's been having a fantastic year so far. Though it almost seems she came out of nowhere, she's been releasing music since 2015. This year she dropped Significant Changes, her debut album on Ninja Tune, to critical acclaim. It's a beautiful cacophony of sound that takes inspiration from Chicago house, '90s R&B, and ambient sounds.

Rakastella, which launched in 2017, will keep the party going for 17 hours straight from sunset to sunrise, so expect more acts to be announced before December. As New Times speculated before, there is a good chance Life and Death leader DJ Tennis will be on the bill, along with Dixon and Âme's back-to-back sunrise set, which has become a Rakastella tradition.

Rakastella. 3 p.m. to 7 a.m. Saturday, December 7, at Historic Virginia Key Beach Park, 4020 Virginia Beach Dr., Miami; 305-960-4600; virginiakeybeachpark.net. Tickets cost $40 to $150 via residentadvisor.net.
KEEP MIAMI NEW TIMES FREE... Since we started Miami New Times, it has been defined as the free, independent voice of Miami, and we'd like to keep it that way. With local media under siege, it's more important than ever for us to rally support behind funding our local journalism. You can help by participating in our "I Support" program, allowing us to keep offering readers access to our incisive coverage of local news, food and culture with no paywalls.
Make a one-time donation today for as little as $1.