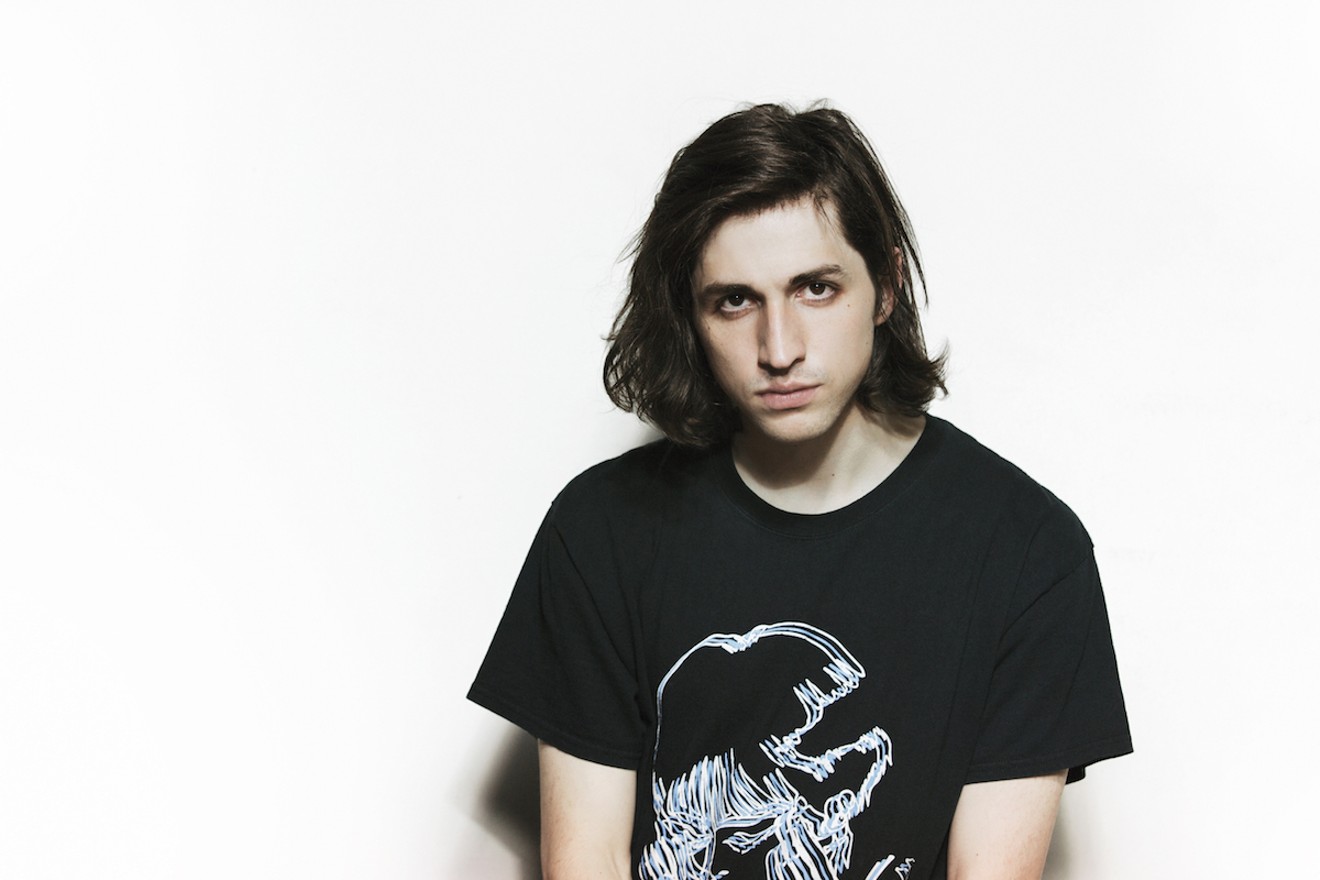 Porter Robinson Photo by Jasmine Safaeian
The big news that followed Porter Robinson this year was that he “disowned” nearly all of his earlier work.

In January, he tweeted, “No disrespect but this is the canon. Everything else is unofficial now.” The tweet included a screencap that showed only 11 songs, leaving out fan favorites such as “Lionhearted” and pretty much everything on his OWSLA EP, Spitfire.

He chuckles about it now.

“To tell you the truth, in that moment I was ready to disown everything except those select few songs,” Robinson says. “It was a really intense moment for me, and I’m a fragile person and was going through some difficult stuff at that time. I was angry and having feelings of self-disgust, and I was wanting to only have myself represent as an artist by what I feel is my best work.”

If you’re taken aback by Robinson’s candor, don’t be. He’s spoken about his bouts with depression before, which only further humanizes the 25-year-old DJ/producer who quickly reached the upper echelon of EDM stardom before he could legally drink.

And though other young musicians find themselves ill-equipped to handle sudden fame, Robinson seemed only to grow from it. Starting out as of one many brostep DJs at the beginning of the decade, he showed growth with each release until 2014, when he seemed to change course with his first studio album, Worlds. He had shown interest in calmer sounds with releases such as 2012’s “Language” and his 2013 Matt Zo collaboration, “Easy,” but Worlds seemed to quiet naysayers once and for all.

“The reason I wanted to do an album was I knew I wanted to dive into a new visual and musical style,” he says. “I wanted to do music that was a little more sentimental, emotional, and serene — completely different from the party music I was doing.”

Robinson saw Worlds as an opportunity to make a statement he couldn’t make with one-off releases. He’s long idolized acts such as Daft Punk and Kanye West, who seem to create a whole new creative space with every release — each album has its own strong identity reinforced through sound and visual elements.

The Daft Punk influence comes across in his Madeon-assisted track, “Shelter,” accompanied by a six-minute short film written by Robinson and animated by Japanese studio A-1 Pictures. It might not be as ambitious as the French robots’ Interstella 5555 — the visual accompaniment to Daft Punk’s Discovery — but it certainly let Robinson take much more ownership of the visual representations of his music.

“I wrote the whole story [for 'Shelter'] from start to finish,” he says.

The project came together when video-streaming service Crunchyroll, which specializes in Japanese anime, reached out to him about collaborating on an original piece of animation. The opportunity fueled Robinson's longtime love for storytelling. He says he's written short stories before and didn't hesitate at the chance to work on this project.

In the video for “Shelter,” Robinson has dreamed up a world where a lonely girl named Rin lives alone in a simulator she can control via a tablet. Through a series of flashbacks, the viewer learns that seven years earlier, Rin lived with her father, who built a single-person spacecraft for her to escape Earth before a planetary object struck.
“What you see in the video is almost exactly what I wrote,” Robinson says. “I went to Japan maybe seven or eight times to meet with A-1 Pictures and work on the video. The director, Toshihumi Akai, did an incredible job, and [drawing director] Megumi Kouno was really visionary. They brought what I wrote to life.”

He respects not only the people who helped him bring the “Shelter” video to fruition but also the track's coproducer, Madeon, whom Robinson calls the smartest person he's ever known.

The two met as teenagers on online music production forums, where they exchanged work and inspired each other. The two bedroom producers eventually found fame outside their home studios. It was only a matter of time before they came together to collaborate on “Shelter,” which also saw the pair travel the globe as part of the Shelter Live Tour, which concluded this past April with an appearance at Coachella.

“Over the years, our musical styles have been very similar, but once we got into the studio to work on 'Shelter,' I quickly realized that we approach things very differently,” Robinson says. “It's pretty fascinating, because I assumed we did things the exact same way. Whenever we had a problem recording 'Shelter,' we always had two different ideas on how to solve it. We both are really meticulous and detail-oriented, so making 'Shelter' took a long time.”

Regardless of the process, fans were rewarded with a track that glimmers yet avoids burning too intensely with conflicting ideas. It's the sort of indie electronic track you might hear on an M83 or Passion Pit record — a far cry from Robinson's more abrasive work, such as “100% in the Bitch” or the schizophrenic “Get Brain.”

Still, for those worried he'll stick to his 11-song manifesto when he headlines Wynwood Fear Factory, he assures them there's still room in his set for his older work.

“It was an impulsive thing, and I don't really stand by it,” Robinson says. “I still play the songs I declared noncanonical. When I said those things, it came from a place of passion and frustration. If an artist I liked disowned songs that meant a lot to me, I would be pretty hurt by that.”