Phaxas releases a new EP for her track “We Are Pure Ecstasy.” Photo courtesy of the artist
click to enlarge 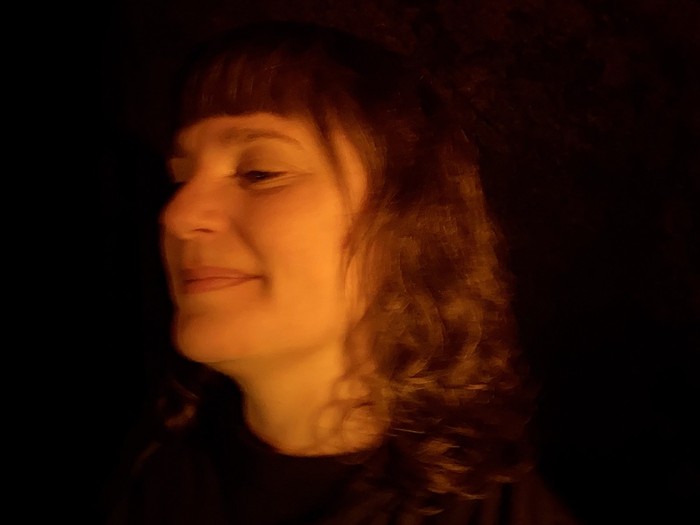 Phaxas releases a new EP for her track “We Are Pure Ecstasy.”
Photo courtesy of the artist
Historically, female DJs don't always get their due — actually, femme-identifying musicians, in general, don't.

Scratch that: If you don’t look like the Chainsmokers — i.e. a white, cisgender male — it may be an uphill battle on the road to the top of the music industry.

Miami DJ, producer, and sound engineer Phaxas (AKA Denise Faxas) is hoping to change that with the release of her new EP for her '90s-dance-influenced track “We Are Pure Ecstasy.”

The release features four reimagined takes on the song by a handpicked cast of Miami-based, female-identifying sound makers and scene catalysts, designed to elevate the presence of female producers in the electronic music landscape and give a taste of just how diverse and talented the women in Miami’s electronic music scene really are.


Phaxas is a Miami music scene veteran, having gone to school in the city for audio engineering and later cutting her teeth in several bands during the mid-2000s. Over the years, the artist has cultivated her style as a DJ and producer, finding particular musical solace in collaborations with the diverse artists that make up the city's scene.

While the pandemic could have stifled her creative momentum, the downtime instead allowed her some time to reflect.

“I produced more during the pandemic year than I had in the last two years, simply because I had more time," Phaxas says. "I also did a lot of self-analysis. Just the fact everything slowed down, and I didn’t have to network and go to clubs. I think it fueled me to want to be more focused as a creator.”

Working from home and with the space to get creative, Phaxas began to philosophize. Ayn Rand’s musings in her 1964 book The Virtue of Selfishness made a particular impression on the artist, who decided that now was the time to come out of her shell.

“As far as my music goes, I’ve been kind of keeping to myself over the last few years, not collaborating and producing on my own. I wanted that to change," she explains. "So after I released the Hallucination Sister EP in February, I thought a great place to start reaching out is to do a remix compilation.

She began with a long list of all the different producers, DJs, and musicians that she has admired from afar and who have been, as she puts it, “doers.” But as this was her first foray into the realm of remix EPs, she took a breath and thought about how she wanted to go about this.


Phaxas was stuck on one fact that had always plagued her: You don’t see many female DJ headlining.

“Sometimes you see a festival lineup, and it’s like 25 dudes and one woman," she says. "Representation is something I've always considered — especially when I was coming up as a producer, and there weren’t a lot of people that I felt were like-minded. So for this first remix, I really wanted to reach out to just females.”

Brom Lee, AKA Emile Milgrim, was the first to sign on to the project. She was an obvious choice for Phaxas as the two had been orbiting each other for years, sharing stages at shows and bumping into each other at Sweat Records, which Milgrim co-owns.

“She’s the force behind a lot of things," Phaxas says about Milgrim. "Behind the scenes, she’s often creating opportunities for other artists and creators and creating a space for them, and she is also an incredible sound designer. She was a no-brainer for me.”

Milgrim was already familiar with the track. Phaxas had sent it over to her long before the idea for the remix EP had come into fruition.

“We do that a lot,” Milgrim says. “We run stuff by each other when we’re making new stuff.”

At first, Milgrim found herself slightly intimidated by the project.

“I looked at the quality of what I was working with and was like, 'Damn, I can’t touch that shit,'” Milgrim remembers.

Coffintexts
Photo by Yana Gueorguieva
Spinning with ideas, but with nothing really clicking, it wasn't until she found herself at Gramps catching a set by Phaxas one night that her vision sprang into place.

The result is a glitchy, patchwork opus that flirts with industrial sensibilities while somehow remaining dreamy and atmospheric, a telling accomplishment that demonstrates how well Emile knows her stuff and Phaxas’.

Indeed, each track on the release is a major departure from the original, shaped by each artist’s unique vision, and a big fuck-you to the constraints of genres and their gatekeepers.

Coffintexts brings up the tempo with her trippy club flip: a pounding, unpredictable pulse that drags you in and keeps you there.

“Her trajectory has been incredible,” says Phaxas, pointing to Coffintexts impressive skills despite her relative greenness on the Miami electronic circuit. “She just creates work that is layered and dimensional, you can put her music in any situation, and everyone wants to bounce to it."

Starting in 2016, Coffintexts has quickly made a name for herself, ending up on several notable playlists, as well as getting a shout-out from experimental internet art platform and collective Felt Zine, and recently releasing a solo EP, Green Dream, and a collaborative project, Media Noche, with INVT.

“I had always wanted to produce electronic music, but, even though I had grown up listening to it, I didn't really know how to go about it," Coffintexts admits. "One day, it just clicked for me, and that was three years ago now.”

She also happens to love remixing and adding her flavor to the bones of the track.

“I love to pick out my favorite elements. Here I mainly focussed on the vocals and just flipped it,” Coffintexts explains.

As for the underlying mission of release — to showcase some of Miami’s most interesting female producers — Coffintexts was thrilled to be a part of the lineup.

“Female DJs need that push to go full-ass with their production, just do things with their chest out and not allow anyone to tell you what's right or wrong," she adds. "A lot of men like to step in when they see you shining, and they want to tell you what to do instead. So I really loved that aspect of the release.”

Summer Wright, who performs as Winterwrong, is also a relative newcomer to Miami’s electronic scene, offering up her perspective to the release — a hard-hitting club production — that is identifiably inspired by her time on Miami’s queer rave scene as a member of the collective Internet Friends.

“I am inspired by a lot of my friends in the Miami scene, the melodic take on techno that Gami, Brukhein, Adar, and Portals all share," Wright says. "They've been influential in my journey with techno. This track shows that.”

Like the other artists attracted to the project, Wright was excited to embark on the release, a welcome change in course beyond her tight-knit circle, which has by now become a comfort zone she is eager to breach.

“I feel such gratitude. It's nice to have someone who you respect and see out there doing what you love and doing it so well," she says. "For them to see you as an individual and a co-collaborator, that struck me. I’m just beginning, and to receive an opportunity like this was great.”

The finishing touch comes by way of Phaxas’s own reinterpretation of the single. The producer revisits the track, this time calling upon the euphoric sounds of early rave cuts, mixing them with throwback breakbeats and a groovy bass line.

The track acts as a uniting thread between the diverse remixes, an undeniably Miami ode in a patchwork release that portrays the pillars of the Magic City’s electronic scape.