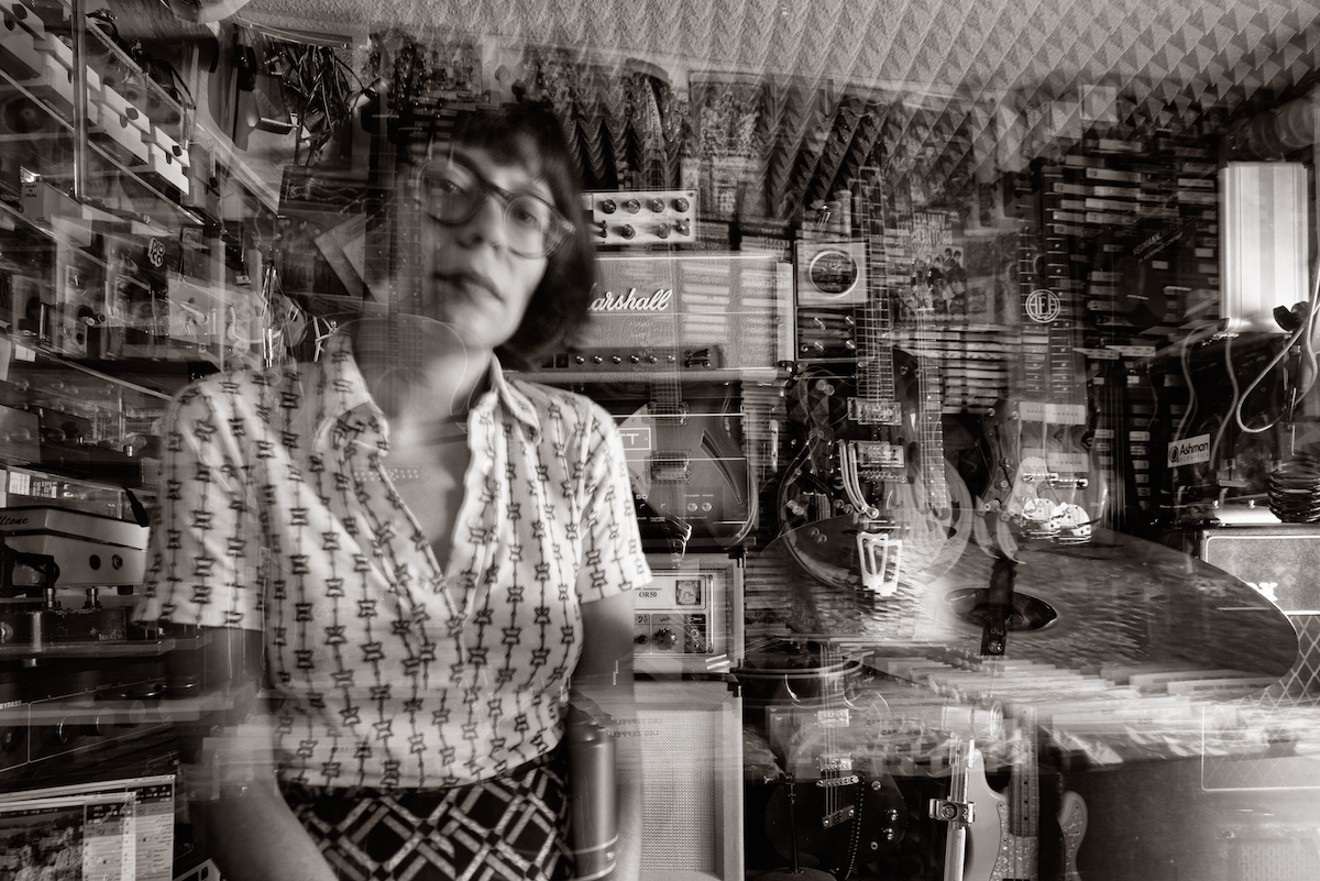 Oly explores dark-pop anxieties. Photo by Christoph Morlinghaus
"Waiting Around" could be the theme song for these uncertain times. The first single off Oly's upcoming EP, Shy Passion, captures all the anxiety we've been collectively feeling for most of 2020 — in a pretty pop package. The chorus — "Waiting around for you/Is a painful thing to do" —  conjures up familiar emotions of pandemic pangs, but Oly says the lyrics were written in 2018 when "quarantine" wasn't a commonly used term.

"It was written late at night. It was a way to comfort me during rough times," the Miami-based singer-songwriter tells New Times. "It was a bad night. I wrote it to soothe myself. It went quickly from a melody into a song in just a couple days."

Oly brought the song into the studio, where producers Rick Moon and Corey Perez took the harmonies to another level. To finalize the verses, she listened to a lot of Sade. Her nights DJ'ing at Gramps, where she hosted the weekly Let's Sang karaoke night, provided additional influence.

"I had been playing a lot of my dad's old salsa albums. I guess that inspired more percussion," she explains. "[Local musician] Jason Mavila brought a ton of percussion instruments — guiro, claves, shakers — many I didn't know what they were. I think there was something made out of animal teeth."

Mysterious animal teeth fit in with the spooky atmosphere of the music video for "Waiting Around," in which a quartet of young women participates in ritualistic exercise that's perfectly timed for an October release.

"I'd never made a video for one of my songs before. I never thought about making one. I never had a concept," Oly admits. "The idea came to me during production about taking waiting around to another level. It's a series of rituals where the girls are chanting for something to happen."
Fittingly enough, the video involved some waiting around. Owing to a positive COVID test from one of her relatives, one of the original actors had to bow out. The remaining actor, Elizabeth Newberry, got the other cast members involved.

"They'd all been friends since middle school. And they had so much chemistry they made it magical," Oly says. "Once we finished the video, we had a wrap party for the cast where they could see the video."

Although she really enjoyed the experience and was gratified by the result, Oly is unsure if she wants to make a video for any of the remaining four songs on the EP, which is due out in December.

"It's so difficult to film right now. We all had to get tested for COVID before filming. I'll have to think of a simpler video, maybe," she says.

The other songs that will be slowly dripping out before Shy Passion's December 9 release are of the same sweet brooding atmosphere as "Waiting Around." Oly describes '80s grooves and classic '50s girl groups as major influences. You can hear those touchstones alchemize in her songs in a way that will please fans of Beach House.

The EP will be the sixth release from Public Works, the local label Oly cofounded in  2019.

"We've put our records now by Jaialai, Rick Moon, Nick County, Rachel Angel, and Juan Ledesma. The idea is to create a community of songwriters," she elaborates. "My dream is to have songwriting workshops where we can help each other in a non-virtual setting. This year is kind of a wash for that."

But for someone who wrote a song called "Waiting Around," a less socially distant future seems like it's just around the corner.
KEEP MIAMI NEW TIMES FREE... Since we started Miami New Times, it has been defined as the free, independent voice of Miami, and we'd like to keep it that way. With local media under siege, it's more important than ever for us to rally support behind funding our local journalism. You can help by participating in our "I Support" program, allowing us to keep offering readers access to our incisive coverage of local news, food and culture with no paywalls.
Make a one-time donation today for as little as $1.