Okeechobee Fest Is Canceled for 2019 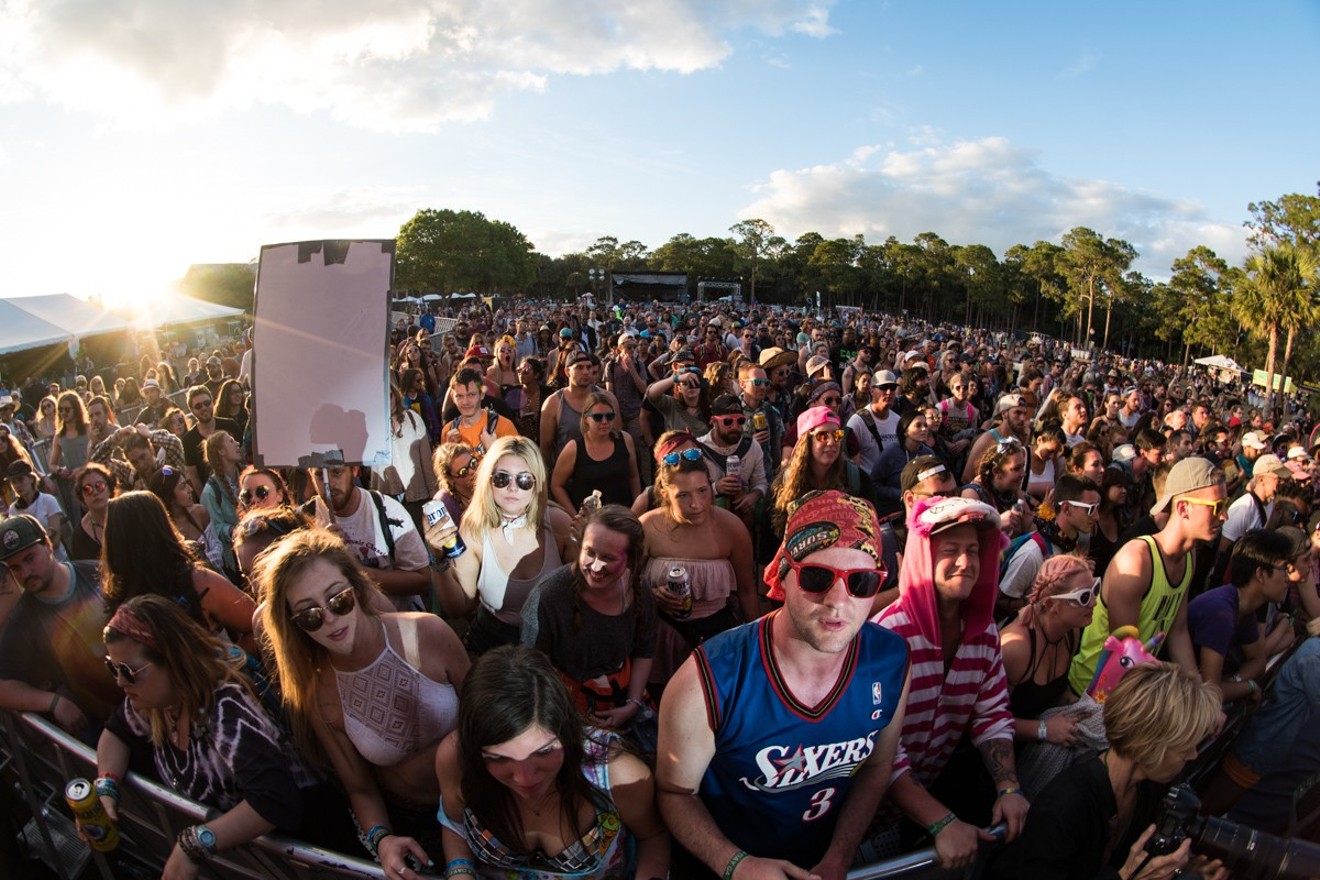 To continue to satisfy fans, Okeechobee needs a firm musical identity. Photo by Amadeus McCaskill
For those eagerly anticipating the 2019 edition of Okeechobee Music & Arts Festival, there's some bad news: It's not happening.

Thursday afternoon, the festival announced on its Facebook and Instagram pages what many had suspected because of the delay in announcing a lineup: There will be no festival in 2019. The statement hints that the hiatus will not be permanent and that the fest will return in March 2020.

Since its inception in 2016, Okeechobee Fest has drawn 32,000 attendees annually via big-name headliners such as Kendrick Lamar, Arcade Fire, Robert Plant, and Skrillex. Held a few hours northwest of Miami on an idyllic 800-acre property called Sunshine Grove, the event brought campers, music-festival aficionados, and spring breakers together for four days each March. It found enough popularity that tickets for the 2017 and 2018 editions were declared to have sold out.

Soundslinger LLC, the company in charge of the festival, did not immediately respond to New Times' request for comment. Here is the announcement made on social media: