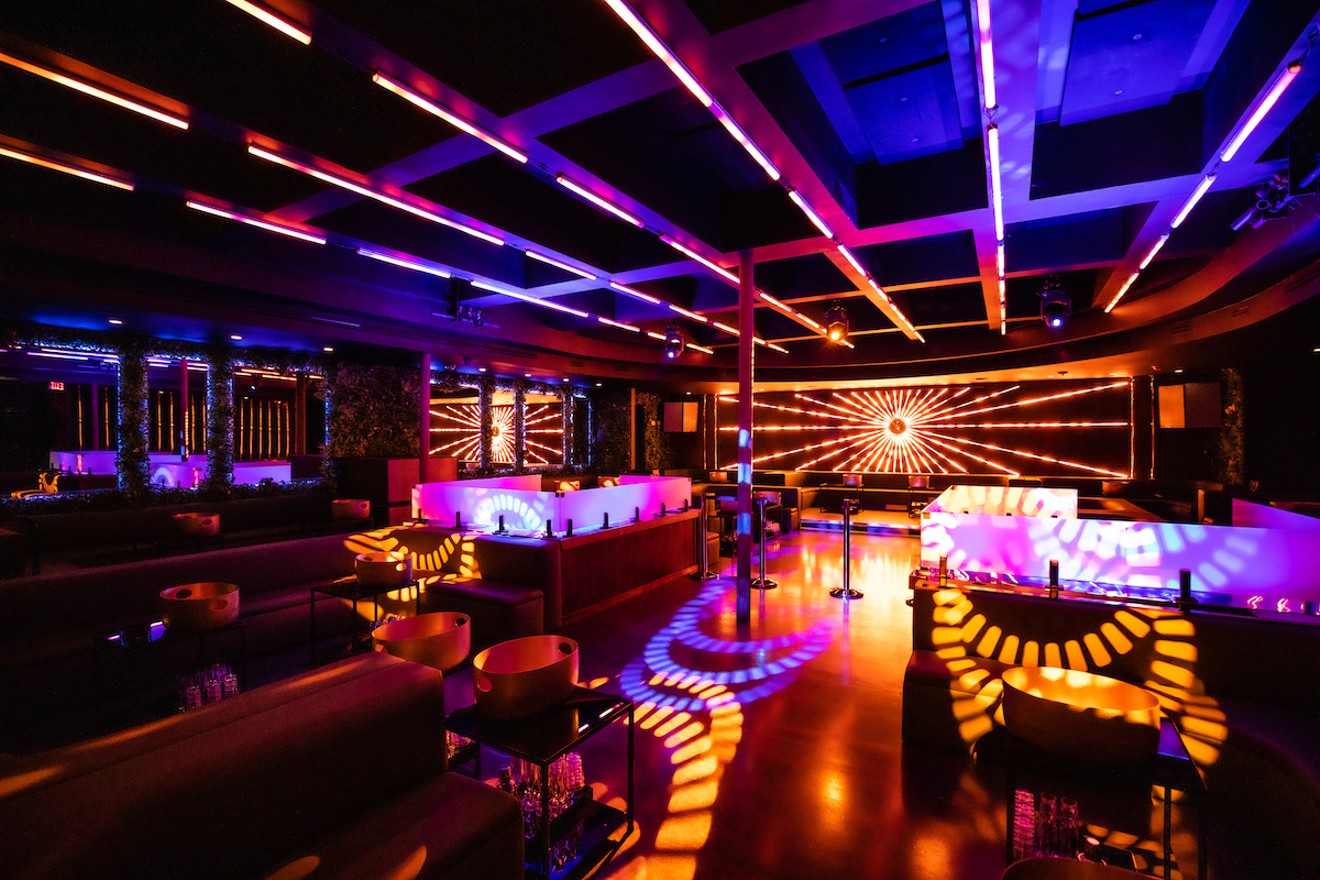 XXIII Club wants to provide guests with elevated service and programming. Photo courtesy of XXIII Club
XXIII Club wants to be more than just another ordinary party spot. The South Beach nightclub not only welcomes guests to live it up but serves as a home for artists and creatives to showcase their work.

The venue is located at 23rd Street and Liberty Avenue, in the northern reaches of South Beach in the spot formerly occupied by Studio 23. Shortly after that venue's doors closed, XXIII's partners wanted to distance themselves from the venue's previous iteration and transform the space into everything Studio 23 was not.

"XXIII started when a few of us saw an opportunity to change things in the nightlife industry here in Miami," says executive director Benjamin Paré. "Rather than being a revival of a previous club, especially the one in the space before, it's an abolishment of everything that club was and stood for. While that club was an urban hip-hop club known for not having working AC, no crowd control, and less-than-stellar service, we aim to be a club that offers a variety of programming, supreme service, a high-end crowd, and, of course, plenty of AC."

"We, like many others, have seen a decline in service in the Miami nightlife industry," Paré elaborates. "We have clients that don't even want to come back to Miami to party anymore due to them going out and feeling ripped off or that everyone is doing the same thing. We aim to provide the best service and hospitality in Miami for all that walk through our doors."

As guests enter XXIII, they're greeted by heart-pounding music, a spacious dance floor, and street art decorating the walls. Bright lights fill the medium-size room, with light shows, lasers, and LED signs strewn across the space.

As far as service goes, guests have the option of buying drinks at the large granite bar or reserving a table that comes complete with an attentive waitress.

Apart from the typical club offerings, XXIII aims to build a community of creatives — photographers, videographers, musical talent, and media creators — giving them a place to showcase their work. According to nightlife and media director Dex Hobbes, the venue is not only a place for guests to dance but a space for artists to create (or to enjoy the music and hospitality). 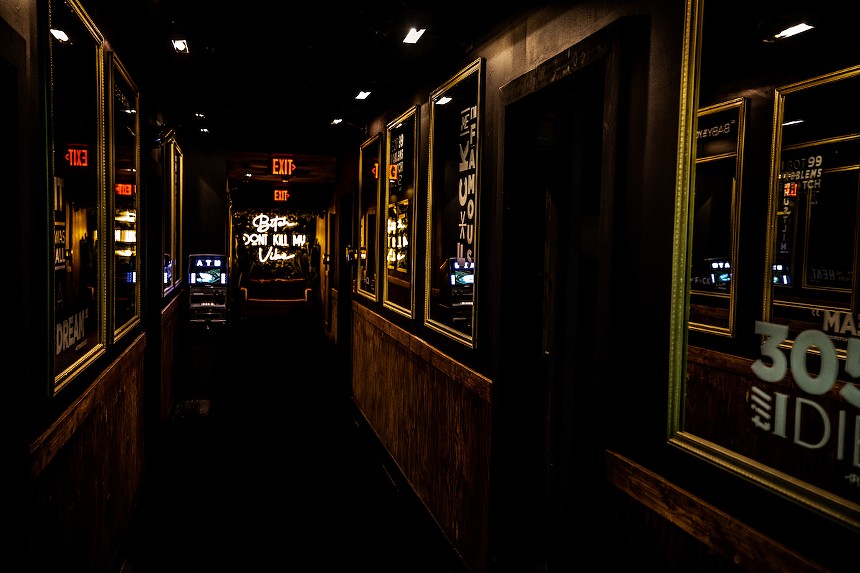 XXIII Club also provides a space for artists to create — or to enjoy the music and hospitality.
Photo courtesy of XXIII Club
"What we're [XXIII] trying to do is create a vibe for the guests and the artists. This will be a home where they can kick it and chill and try to create an environment that is more so based on the energy," Hobbes tells New Times. "We feel that there are a lot of clubs that established having a talent so much that people won't go to certain clubs unless there are big names. We are trying to re-create a community within the club that is really built off the people in the industry with the locals and those on the streets."

Last December, during Miami Art Week, XXIII invited local street artists to decorate the venue's walls. Hobbes says the décor will rotate regularly as they plan to welcome more artists to add their own touch to walls every so often.

"We were very excited to have Uncut Art and Bradly Theodore do installations on our walls for [Art Week]," Paré says. "Art is a huge influence on us as people and us as an institution. We are here to not just stimulate people's senses with musical art, but with visual art as well.

Besides the physical art, the organizers are making plans to get involved with different kinds of media and technology. Hobbes says XXIII is diving into cryptocurrency and hosting numerous NFT events.

Music, though, will occupy at the core of XXIII. Tuesday through Sunday, the venue hosts myriad events focusing on a range of styles, from tech-house and hip-hop to música urbana and reggaeton.

"We are an intimate venue that offers a vast array of programming — so no matter what, you'll always be able to have a great night out at XXIII," Paré summarizes.

XXIII Club. 247 23rd St., Miami Beach; 786-655-6006; 23clubmiami.com.
KEEP MIAMI NEW TIMES FREE... Since we started Miami New Times, it has been defined as the free, independent voice of Miami, and we'd like to keep it that way. With local media under siege, it's more important than ever for us to rally support behind funding our local journalism. You can help by participating in our "I Support" program, allowing us to keep offering readers access to our incisive coverage of local news, food and culture with no paywalls.
Make a one-time donation today for as little as $1.