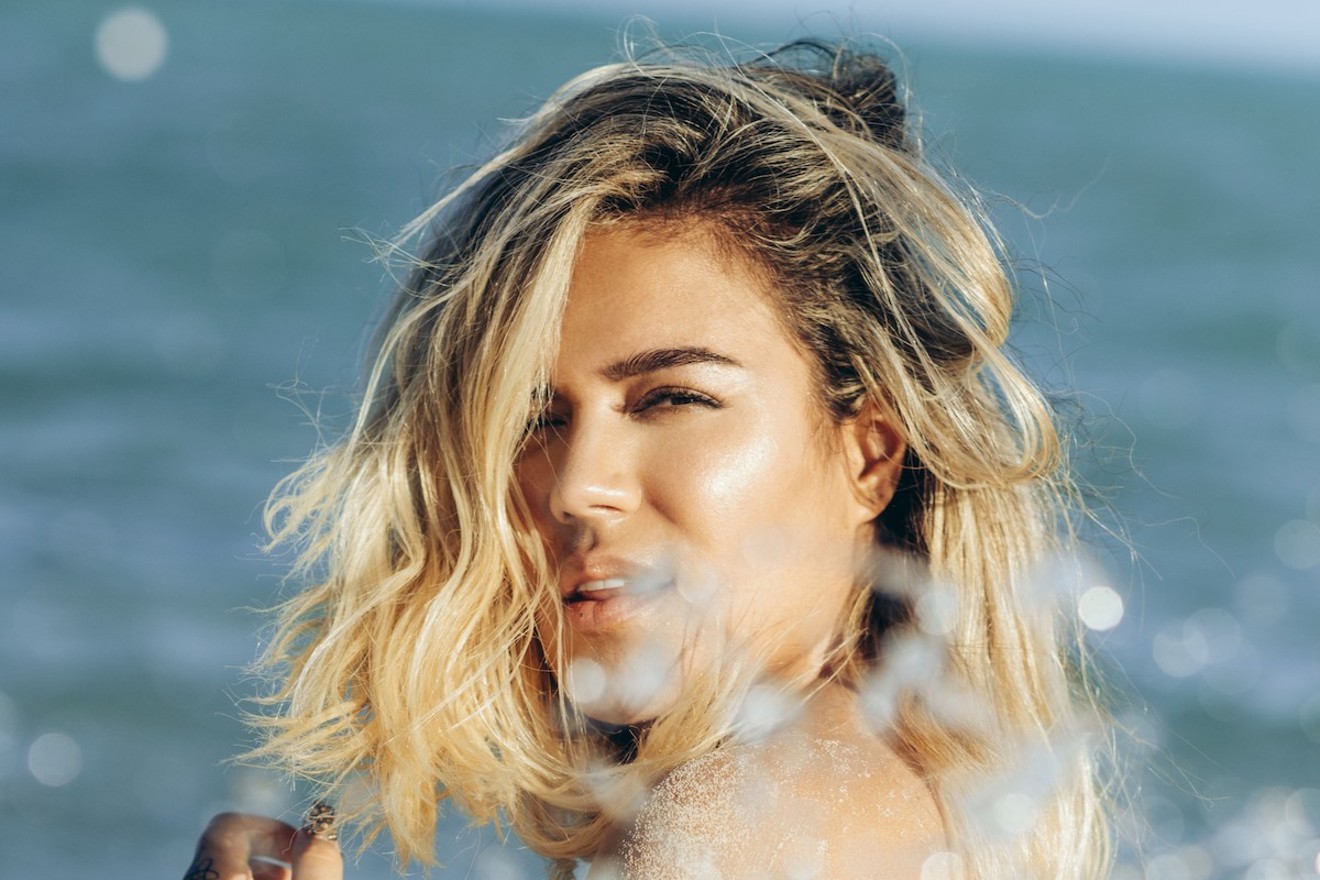 Now picture a Miami music video without any of those things. What you get is the sort of no-frills productions we've seen during the COVID-19 lockdown.

These music videos lacked Miami's bombastic charm, but that's to be expected when businesses are shut down and people are confined to their homes. More-straightforward ideas replaced elaborate concepts. Shots of kitchens replaced footage inside lavish nightclubs. Standing in for the typical full-size film crews were makeshift crews.

The results? Well, see for yourself.


Pitbull, "I Believe That We Will Win"

Cognizant that the world needed a pick-me-up, Pitbull — the self-appointed Mr. Worldwide — went to work and recorded the pandemic anthem, "I Believe That We Will Win." The video combines submitted footage of first responders (and Miami's own Uncle Luke) singing and dancing along to the track with shots of Pitbull doing the same at his SLAM charter school in Little Havana. "There might be about three people here shooting this video at this point — maybe five of us, if that, when you count certain people," Pitbull told Entertainment Tonight, "so we are under all rules and regulations.... It's not your regular Pitbull video, clearly."

It's hard being stuck with your partner at all hours of the day. You just wouldn't know it from watching Karol G and Anuel AA parade around their lavish Miami apartment in this video. The reggaeton couple is in puppy-love mode as they wear matching Lilo & Stitch onesies and film themselves playing Jenga and taking a bubble bath. Karol G said via press release that they wanted to create "a video that shows how we are overcoming the reality that we are all going through," but we're not so sure they're going through the same thing as everyone else. Now, if they were to stress about bills or argue over piled-up dirty dishes — that's different.

In this video — which opens with a shot of the Trick Daddy-owned Sunday's Eatery in Miami Gardens — the Miami rap duo City Girls go from playing essential workers to expendable workers after they're fired from the restaurant because of customer complaints. Rather than fill out another job application, Yung Miami and JT post NSFW photos of themselves on OnlyFans. The money comes pouring in and then gets tossed in the air because that's what you do with cash in music videos.

What does a director do when they can't be on hand to shoot a music video during the pandemic? If the video is "Como Antes," you guide the shoot via FaceTime. Video conferencing allowed director Teo to direct Llane as the latter belted out the bolero track inside his Miami home, which was decorated with candles and furniture covered by blankets. Llane, formerly of the Colombian band Piso 21, told Popsugar that the concept was inspired by Frank Sinatra and old Hollywood. He credited his team for turning his pad into "a new universe" and operating the camera for Teo.

One way to make a video when filming options are limited is to use old footage — or in the case of Feid, really old footage. "AVNTADXR" is made up mostly of home video from the reggaeton star's childhood in Colombia, courtesy of his dear ol' tia. When we're not seeing clips of a young, pre-bleached-hair Feid enjoying himself at various birthday parties, we're watching him in the present day, as he dances around a car on the roof of his Miami Beach apartment building. Feid's tour manager filmed him around sunset on the same Handycam used to shoot behind-the-scenes footage on tour.

Avert your eyes if the sight of people refusing to social distance bothers you. This video starts with Jackboy getting a haircut at a busy Krazy Kuts in Miramar and along the way shows the South Florida rapper surrounded by friends. "Pressure" is one of five videos DrewFilmedIt directed for Jackboy over the course of a week and a half, according to The Ringer. Owing to the lockdown, they had trouble renting what they needed for the shoots and had to call in a few favors: The boat in the "Pack a Punch" video belongs to a friend, as does the pad in the "Cleaning Crew" video.

This was a virtual housewarming of sorts for the Venezuelan singer, who'd recently moved into the swanky Edgewater apartment where the video was filmed. The shoot, which took place over two or three days in April, shows Ocean — best known for his hit "Me Rehuso" — lounging, dancing, and playing piano alone in his sunlit home. The scene-stealer, though, is Ocean's killer view of Biscayne Bay at sunrise and sunset. "We weren't looking for quality, to be honest," Ocean told New Times recently. "We were looking for something genuine and were focused on the vibe more than anything. We shot it with a pocket camera I bought last year."
KEEP MIAMI NEW TIMES FREE... Since we started Miami New Times, it has been defined as the free, independent voice of Miami, and we'd like to keep it that way. With local media under siege, it's more important than ever for us to rally support behind funding our local journalism. You can help by participating in our "I Support" program, allowing us to keep offering readers access to our incisive coverage of local news, food and culture with no paywalls.
Make a one-time donation today for as little as $1.