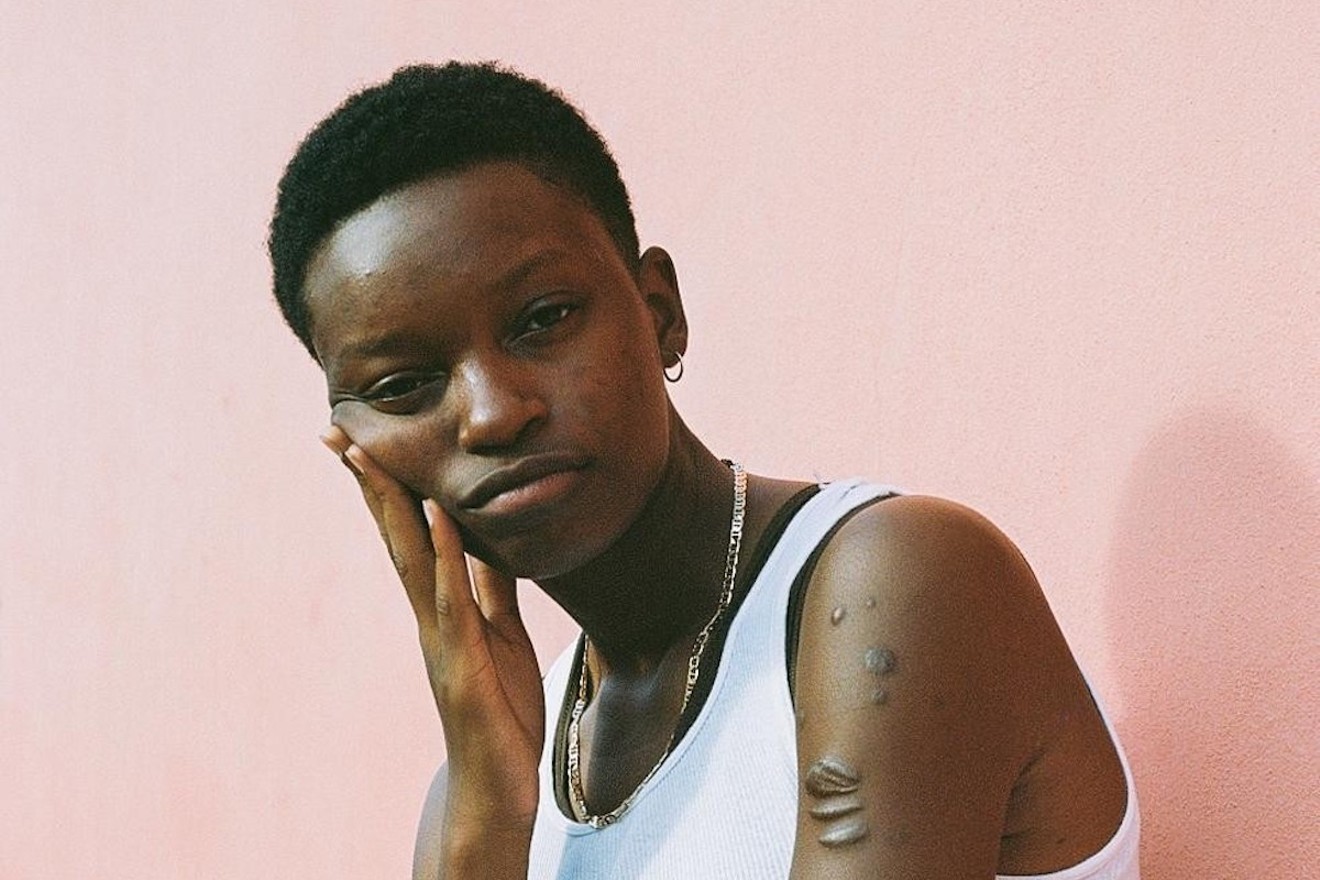 Mikah Amani Photo by Valerie Perez
Mikah Amani's life came to a halt when quarantine began two years ago and his creative-writing studies at New York University were put on pause. After moving back to Miami, the 21-year-old singer-songwriter resolved to pass the sudden overabundance of time writing and recording music and investing in a small home studio.

Thing was, he'd never sat down and concentrated on producing a finished song.

"I wrote poetry as early as I could — maybe at 5," Amani tells New Times. At 8, I started writing songs. I was really into it as a kid, and I'd been playing guitar for almost ten years."

Sure enough, he followed through last October, releasing Cabaret St., a quartet of haunting melodies created in near-isolation.

For his next batch of songs, Amani wanted to see if he could round up collaborators.

"Once I realized I was staying in Miami, I reached out to see if anyone was interested in recording folk music with me," he explains.

Producer and Frogs Show Mercy guitarist Yucky Poor jumped aboard, bringing along bandmate Javi Nin to bang the drums. Amani was thrilled with the leap in production value.

"I wrote the songs without thinking I'd record it in a real pro studio," he says. "We'd start our sessions listening to reference songs. Toward the beginning, it was a lot of acoustic folk music, like Phoebe Bridgers, Grouper, and Cavetown. But as the recording went on, I realized the album would be a lot bigger, and I'd be using a lot more instruments. We were now forming a band sound rather than an acoustic sound."
Out of those sessions has emerged Amani's debut album, The Hooded Crow, set for release on March 16, though a few songs are already streaming. The first song he shared is the one he considers the album's standout, "Jonathan's Birthday."

"I always knew that song couldn't be acoustic because of its energy and playfulness, but I wasn't expecting using a real bassist and drummer," Amani says. "It was inspired by Claud's song 'Wish You Were Gay.' I started writing the lyrics, which was very difficult since it's such a narrative story. The rhyme scheme was very tough to keep consistent. I had to map the whole story into five minutes, but I feel the lyrics came out polished."

The album's second single, "Adeline," which Amani calls a "sad unrequited queer love song," carried its own unique set of challenges.
"I went back to a lot of poetry I wrote at NYU," Amani says. "When I wrote this, I hadn't even had a relationship. It's a very uncertain song. The speaker is confused why she is different than she was in the past. It harps on the uncertainty and confusion of being queer and having the world or, in this case, a lover turn their back on you."

The stripped-down track "Forever" has a powerful backstory of its own. Originally titled "Untitled (DAD)" — a double entendre that describes its chord progression, D, A, D — it deals with Amani's complicated relationship with his father.

"My dad, who I never lived with, is very religious," he says. "Coming out as trans to him was very difficult. Since I'd never been close to my dad, it was very hard to repair things that have happened in our relationship."

Amani has yet to share the song with his father.

"I'll have to tell him about the song before it comes out," he says, adding, "He does really like 'Adeline.'"
KEEP MIAMI NEW TIMES FREE... Since we started Miami New Times, it has been defined as the free, independent voice of Miami, and we'd like to keep it that way. With local media under siege, it's more important than ever for us to rally support behind funding our local journalism. You can help by participating in our "I Support" program, allowing us to keep offering readers access to our incisive coverage of local news, food and culture with no paywalls.
Make a one-time donation today for as little as $1.