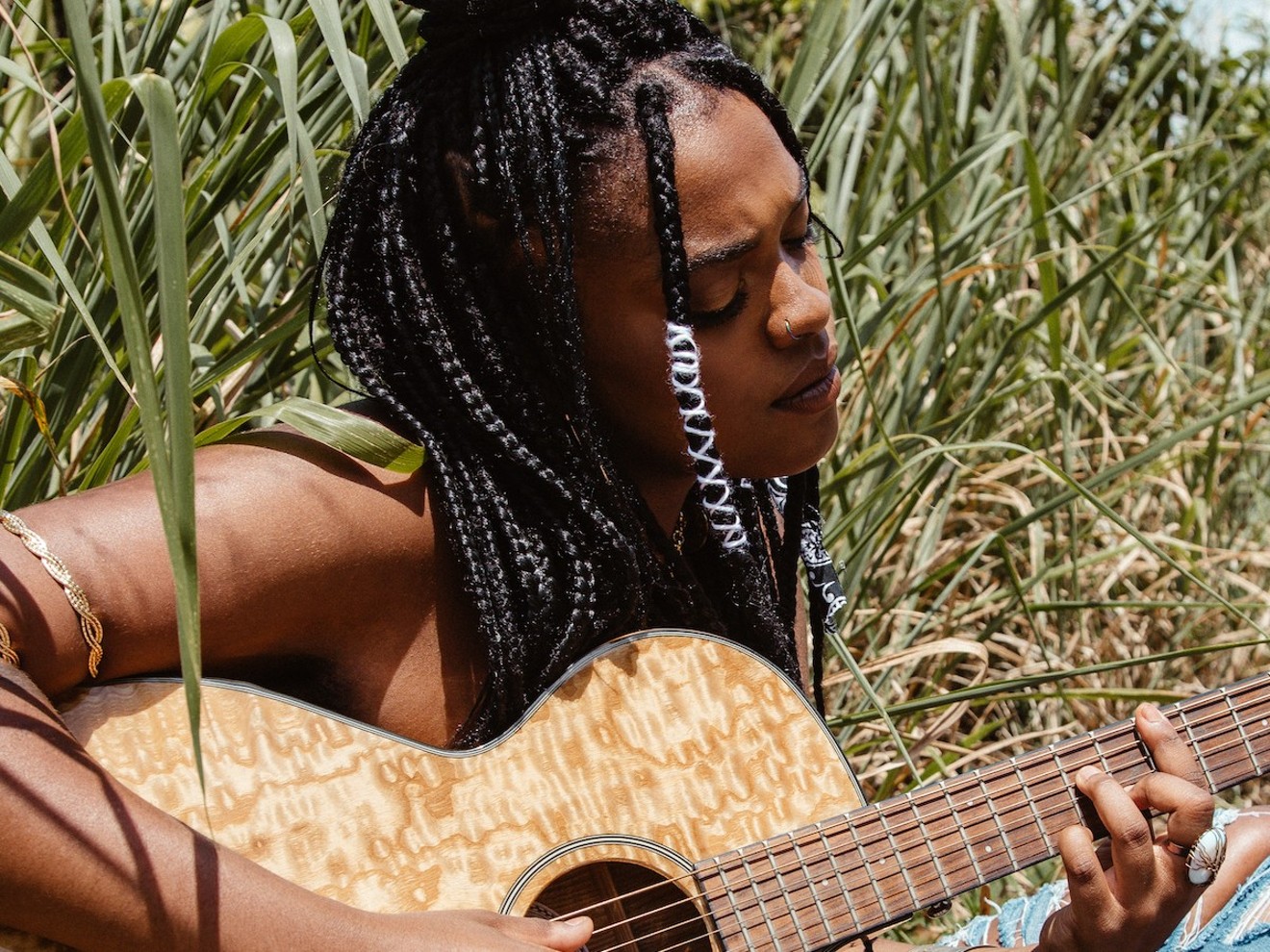 Kaylan Arnold's first love was the piano, but she quickly pivoted to the guitar. Photo by Alexa Mercio
The best thing about soul music is that it varies. Whether it's the saxophone-heavy pulse throbbing under belted vocals or the bucket-drummed beats accompanying a rapper's lyrics, soul is the driving force behind many musical styles, not merely their subject matter or genre.

Kaylan Arnold's soul leads everything she produces, and it's apparent in her music. Born in West Palm Beach, the 21-year-old says her suburban surroundings prompted her curiosity in music because she often found herself alone with instruments.

"Sometimes my mom would be late to pick me up after school, so I found myself in the music room playing with the instruments," Arnold tells New Times by phone.

Her first love was the piano, but she quickly pivoted to the guitar, which these days she can't be found without.

"When I was younger, I thought Alicia Keys was kind of cute — it was cute that she played the piano. John Legend plays; John Mayer too. Anyone that played an instrument, I just thought it was an extra flex, you know?" Arnold says.

Arnold can also deliver a powerful drum line, provide an angelic flute piece, and strum a ukulele. Though she doesn't give much credit to her family for her musical ability, she cites her Belizean and Haitian background as a cultural reference.

"Neither of my parents are musicians. My mom's strong suit is being a mom, not so much singing," Arnold says. "But my dad sings in the shower. He's shy and probably wouldn't act on it. I think [my musical ability] came from my dad. My older brother went to a performing arts school. He rapped, played the keys a bit, and produced, so I learned from him."

Her catalog of music begins with a five-year-old cover of a mashup of "Wicked Games," "Me and My Broken Heart," and "Problem" on SoundCloud. But it's through songwriting that Arnold has been able to document her emotions to the sound of reggae- and R&B-heavy beats. 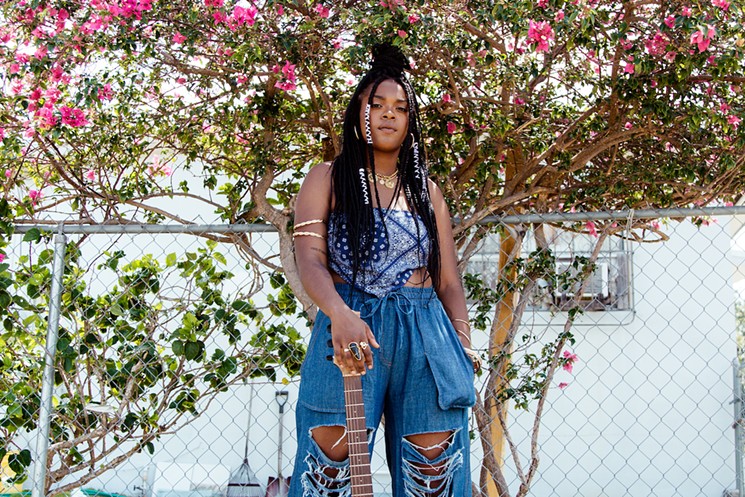 Her versatility comes across when she performs live (see the clips she often posts to her Instagram page). That knack drew the attention of Dada Son Entertainment, a label run by reggae artist Gramps Morgan. The record deal led to two singles in 2018 — "Cut Ya Loose" and "The Crown" — both of which boast a reggae pulse and buttery-smooth vocals.

"I wrote 'The Crown' in college," Arnold says. "I recorded it in college too, but after I got signed to Dada Son, I had to re-record it. I wrote the song about an ex, and I wanted to make my message clear."

Those singles earned her a following, but Arnold took two years to return with new material. In the interim, she worked on collaborations and hired social media maven Yes Julz as her manager.

These days, Arnold's time is spent showing off her hard work. Her new single, "At All," features a serene vocal arrangement and harmonies, after which the beat kicks and Arnold contemplates precisely what she wants from her lagging relationship with a clueless lover.

"I wrote this track on a cruise ship actually," she shares. "I was on a trip with a family, and the ship broke down, along with a death onboard. Since we were stuck on the ship, I went back to my room and produced the beat for the song."

The result is yet another example of Arnold's ability to channel soul into her music regardless of the foundation.

"I try to be as versatile as possible," she says. "I like to make music that I would want to listen to, and whatever point I am in my life where it happens, I let it flow."
KEEP MIAMI NEW TIMES FREE... Since we started Miami New Times, it has been defined as the free, independent voice of Miami, and we'd like to keep it that way. With local media under siege, it's more important than ever for us to rally support behind funding our local journalism. You can help by participating in our "I Support" program, allowing us to keep offering readers access to our incisive coverage of local news, food and culture with no paywalls.
Make a one-time donation today for as little as $1.