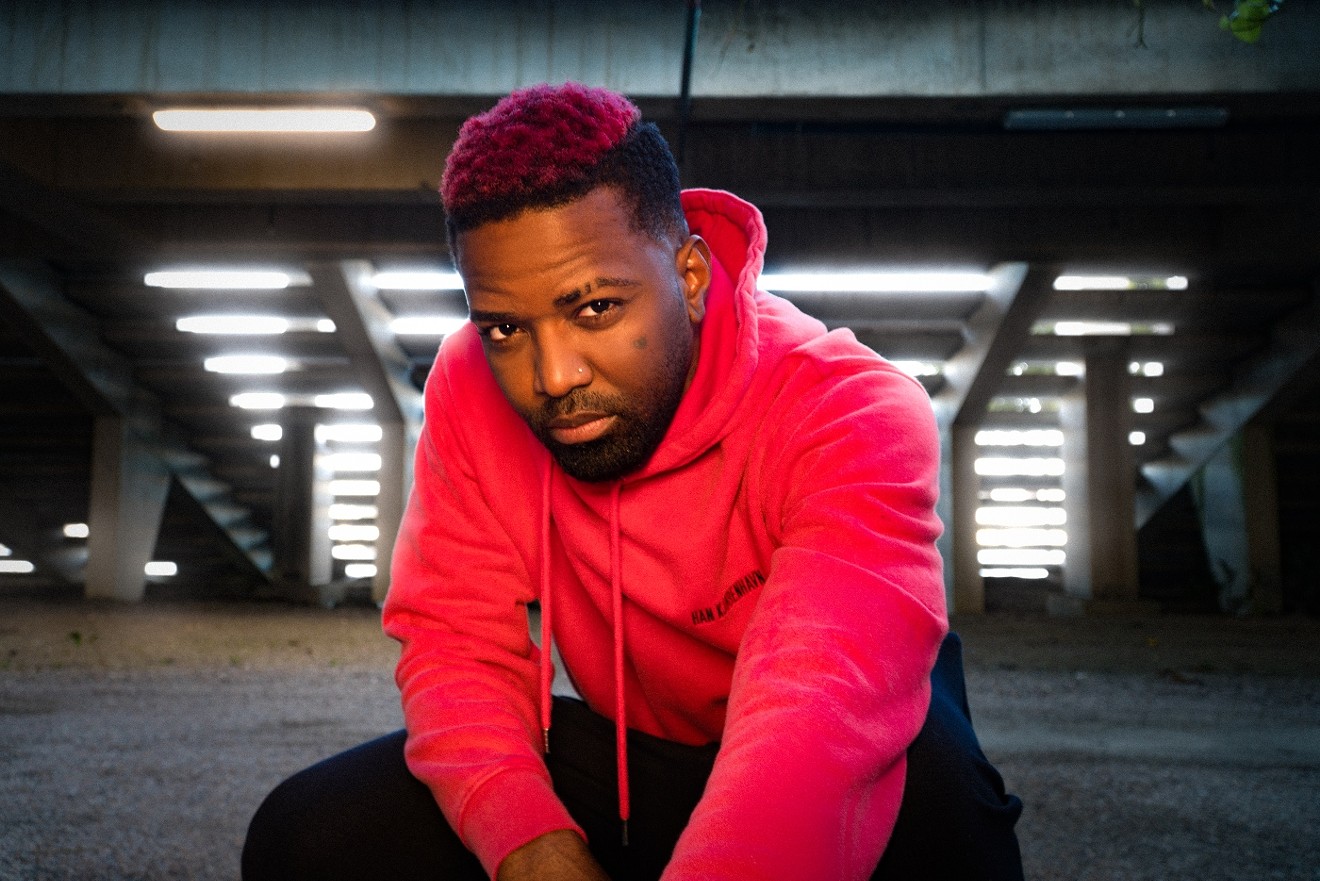 Konshens Photo courtesy of Ineffable Music/California Roots Inc.
From the moment he began performing, Konshens' charismatic persona and musicality helped him reach ears beyond the Caribbean. After launching his career in Japan, crafting one of the hookiest dancehall songs to date, "Bruk Off Ya Back," and working with other world-renowned musicians across genres, the Jamaican-born musician aims to keep the momentum going in 2021 by dropping his best work to date.

The Kingston native started making music at home with his brother, Delus, teaming up to form a duo known as SoJah. By the early 2000s, SoJah had cooked up a solid catalog but Konshens resolved to embark on a solo career. While his name was somewhat known on the island, his music first began to gain traction thousands of miles away, in Japan.

“My older brother used to be a programmer for a TV station, so he was fucking around with computers every day, but we would work and buy studio time,” Konshens says. “He was messing around on the internet and sent our songs somewhere. Somebody picked it up, and they started playing it in Japan, and they fucked with it. Next thing we know, we're stars. It was crazy.”

In 2005, he released his first single, “Pon Di Corner," as a Japan-exclusive release, officially kicking off his career as a solo artist.
On a sunny but windy day, Konshens sits at a tucked-away table at Sugarcane in Midtown, talking about his debut album, Real Talk, which was released exclusively in Japan in 2010 and was followed by two international tours. Between bites of Korean beef short ribs, he reflects on the music he's made since his international debut.


So far, the 36-year-old has dropped three studio albums and a barrel of singles, including “Bruk Off Yuh Back.” Released in 2016, the island-inspired banger became a fixture at Jamaican parties and clubs around the world. Soon after it was released, Konshens collaborated with another international sensation, Chris Brown, for the track's remix.

“He was definitely one of the first people we thought of, but it wasn't like, 'This is for Chris Brown,’” Konshens explains. “It wasn't that vibe, but to reach out to him, and he's like, 'Cool' — that put him at the top of the list. He was very cool about it. He didn't even charge a fee or none of that. He just did it. That was big for me."

The remix appeared on his 2018 album, It Feel Good, along with 15 other bangers, including “Big Belly,” featuring Rick Ross and produced by Rvssian. At that point, Konshens had amassed a hefty roster of artists he'd collaborated with, including Pleasure P of Pretty Ricky, Sean Paul, Enrique Iglesias, and two up-and-coming acts that have since blown up, Doja Cat and Cardi B.

Konshens recalls connecting with Cardi at a studio in New York City in 2017 to cook up their song “Back It Up” with Hoodcelebrityy for her Gangsta Bitch Music, Vol. 2 mixtape.

Konshens' love for Jamaica and the island's native sounds has never wavered. But six years ago, in a search for inspiration, he relocated to South Florida. The change in scenery helped tap into Miami's eclectic party scene, which pushed him to release the 2020 album Soca Virgin.


Unfortunately, the album's promotion was cursed by bad timing. Shortly after Soca Virgin's release, Konshens traveled to Jamaica for what he expected to be a brief trip. It ended up turning into a monthlong stay owing to the pandemic.

"I went to Jamaica and got stuck there because the border was closed,” Konshens explains. “I had a month of being fucked up in the head like: What am I going to do now? But I had to do something. I was vibing to music, and then I locked down in the studio and started recording.”
That’s when he began piecing together his fourth studio album — which he's been working on ever since. Even after leaving Jamaica and eventually contracting COVID himself, the Subkonshus Music founder remained focused on creating what he believes is the best album of his career.

"The album needs two songs to get completed for me to be like, this is the best album ever," he says. "One is all ready — all it needs is a verse from a Latin artist. It needs to be a hardcore gyal song like 'Bruk Off Ya Back.' It needs that because when you listen to the album, there's a lot of diversity going on, and there's different topics and directions but there's not that one. To me, the album is great, but I know when my fans listen to it, they're going to be like, 'Where's that song?' So that's all we need."

A release date for the album hasn’t been confirmed. That said, Konshens has released a slew of new songs from the LP this year, like “Can’t Stay Sober”; “Pay For It,” featuring Spice and Rvssian; and his latest collaboration with Davido, “Boom Bang,” which dropped back in June. A week before he released "Boom Bang," Konshens made his unexpected appearance on the F9 soundtrack on the song “Real” with Justin Quiles and Dalex.

Of that last release, he says, “I had just did a song with [Quiles and Dalex]. The people from F9 heard it and loved it. The rest is history.”

After spending over a decade churning out a variety of music for every situation, he’s convinced he's about to turn out his best work yet. That alone should excite fans everywhere.
KEEP MIAMI NEW TIMES FREE... Since we started Miami New Times, it has been defined as the free, independent voice of Miami, and we'd like to keep it that way. With local media under siege, it's more important than ever for us to rally support behind funding our local journalism. You can help by participating in our "I Support" program, allowing us to keep offering readers access to our incisive coverage of local news, food and culture with no paywalls.
Make a one-time donation today for as little as $1.
Tony M. Centeno
Contact: Tony M. Centeno
Follow:
Twitter: @_tonymc