GZA, Hip-Hop's Old Master, Looks Down on the New Age of Rap 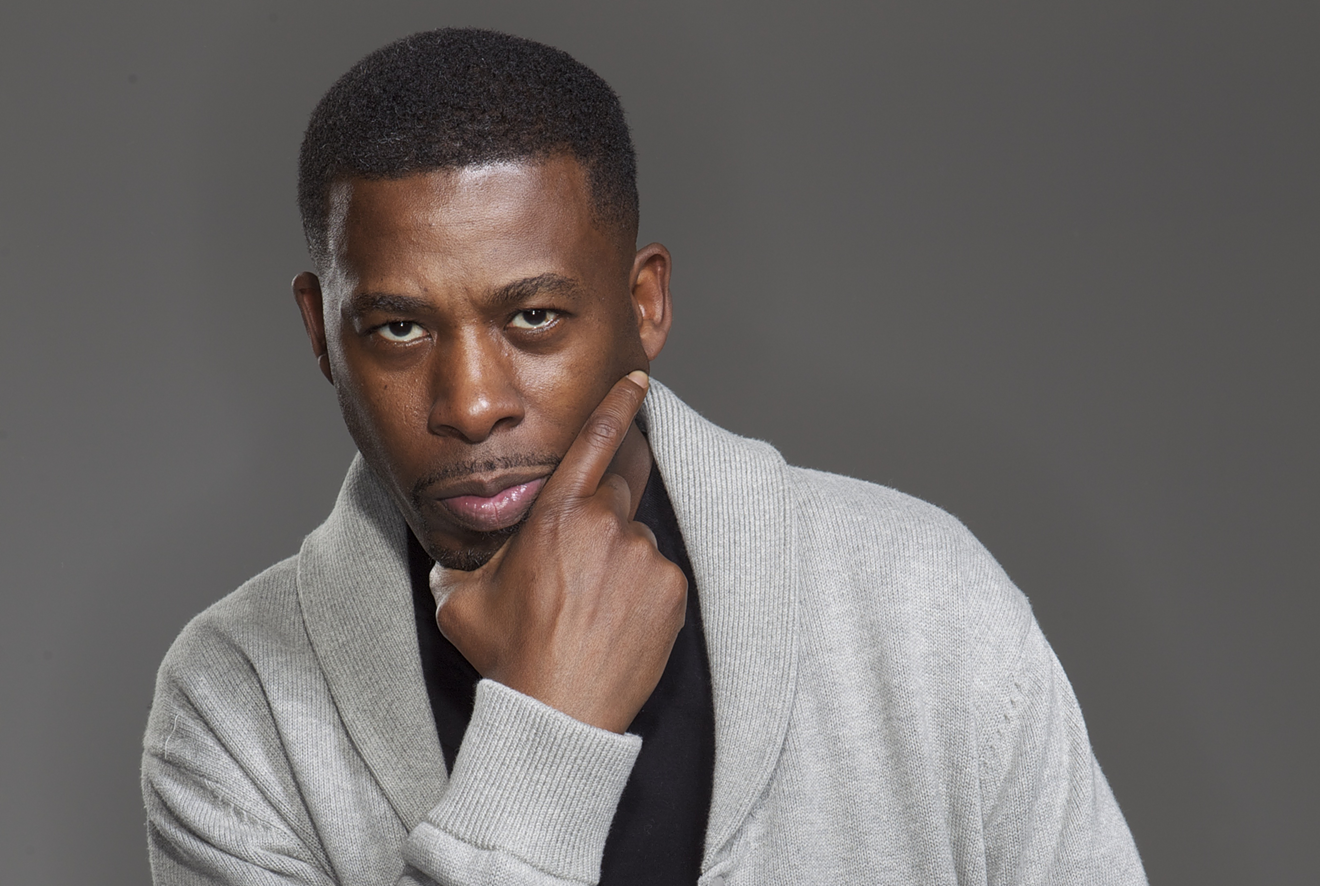 GZA Courtesy Babygrande Records
If you ask GZA whether he thinks we’re in a golden age of hip-hop, he’ll laugh in your face.

“Nowhere near,” he scoffs over the phone. “It’s not even the silver or the bronze age.”

In fact, the last golden age for the genre, he says, happened decades ago, when he and the Wu-Tang Clan broke onto the scene in the early '90s.

As one of the founding members of the legendary NYC rap collective, GZA helped raise Wu-Tang’s profile from underground sensation to global entity. In his early 50s, he's the oldest member of the group and was the first to land a pre-Wu-Tang record deal as a solo artist under the name the Genius. These accolades earned him nods as Wu-Tang’s resident "spiritual head."

He’s arguably the group’s most revered lyricist too. Where breakout Wu-Tang stars Method Man and Ol’ Dirty Bastard veered for the cool and the theatrical, GZA specialized in cerebral lyrics, complex rhyming structures, and vocal dexterity. He helped define the Wu-Tang sound early on in the group’s breakthrough 1993 debut album, Enter the Wu-Tang (36 Chambers).

Two years later, he upped the ante with Liquid Swords, his debut solo album as GZA and one of the most revered entries in the extensive Wu-Tang universe. Critically acclaimed and platinum-certified, Liquid Swords today is considered one of the greatest hip-hop albums of all time.

Which is all to say that GZA, one of the game’s most critical elder statesmen, has the credentials to talk all the shit he wants. For nearly three decades, he’s pushed lyricism to the forefront of rap. Whether the culture will follow, however, is a different story.

“Now musically, [hip-hop] will forever continue to change,” he says. “I’m not knocking producers or the artists nowadays. Some of the stuff sounds good and some , but it’s just my opinion. But I think, lyrically, there’s been a regression.”

The rap game has undergone a cultural sea change during the ten-year gap since GZA’s last album, 2008’s Pro Tools: the concurrent rise of so-called SoundCloud rap, mumble rap, and emo rap movements; the arrival of hip-hop and R&B as the most popular genres in the United States; and the growing global influence of rap-centric playlists in today’s streaming wars.

That ever-changing landscape is crystal clear to GZA, who’ll be the first to admit his style and lyrics-first mentality don’t fit in the current hip-hop climate.

“You haven’t heard Wu or or any of us as individuals on like we used to be 20 years ago,” he says. “So when you look at it, it’s not like I’ll drop an album this year and you’re gonna hear it on the radio all day every day. For an artist that’s not on radio and not on television, it’s not that bad.”

Today’s rap listeners are also undergoing a paradigm shift, where musical choices and artist allegiances carry more moral weight than ever before. Between Kanye “Slavery Was a Choice” West’s dividing views, the martyr-versus-monster debate following the murder of South Florida’s XXXTentacion, and the questionable ethics surrounding today’s abusive rappers and artists in light of the #MeToo era, your everyday rap enthusiast now faces a new age of complicated fandom.

Elsewhere, the hip-hop scene is experiencing a new wave of beef and violence. The same day XXXTentacion was killed, budding Pittsburgh rapper Jimmy Wopo was gunned down in a drive-by in his hometown. And this past May, Drake entered a high-profile rap beef with Pusha T. We might not be in a golden age of hip-hop, but it’s damn sure beginning to feel like the '90s again.

As for the recent deaths, GZA agrees we’ve entered a new era of violence in hip-hop.

“Hopefully, it’ll cease to exist at some point," he says. "Hip-hop didn’t start like that; it was totally the opposite of how hip-hop started, [which was] to stop . It’s crazy.
“Of course it has the potential to escalate,” he continues. “It’s a fire. And what happens with fires? Either you put them out or they spread.”

Though he’s remained somewhat quiet on the musical front since Pro Tools — aside from the occasional experimental collaboration with acts such as Black Lips and Rage Against the Machine’s Tom Morello — GZA has graduated from the stage to the lecture hall. He’s been side-hustling as a lecturer since when he spoke at Harvard; he’s since visited MIT, Oxford, USC, NYU, Cornell, and other universities.

“I do enjoy performing; I’ve been doing that ," he says. “But I enjoy speaking also. I’m making the transition, so when I’m not performing anymore, I’ll still be speaking.”

That knowledge quest extends into the sciences too. GZA is a of Science Genius, an outreach program that aims to teach science to high-school students via hip-hop, which he discussed in a TEDxTeen talk in 2014. In 2016, he also recorded the song “The Spark” for NASA’s Juno Mission, in which he chronicles the creation of the universe. In the inaugural episode of his science-based series, Liquid Science, via Red Bull/Netflix, GZA visited the world’s largest hurricane simulator at the University of Miami last year.

GZA and the Wu crew will celebrate their individual and collective legacies this year. In November, Liquid Swords will turn 23. The same month, Enter the Wu-Tang will hit the 25-year milestone.

“Those albums mean a lot to me,” GZA says. “This [was] at a time not long after my first solo deal and RZA’s solo deal. Due to the lack of support and promotion, my career stalled, and so did his. So to be able to put out [36 Chambers], it’s sorta like a comeback from and the same with Liquid Swords. Those are the strike-back albums for me.”

Whether we’re in a golden age or there’s one down the line, GZA continues pulling cues from what he knows best: a life in hip-hop. But really, don’t hold your breath for that golden age.

“The inspiration comes from everything around me, that which is within me, outside of myself, that which I hear, I see,” he says. “The inspiration comes from all over. That’s what’s so disappointing about hip-hop because the subject matter is all the same. Everyone is speaking about the same thing, and it’s all usually when there's so much in the world to pull and grab from.”

GZA. With DJ Heron, the Hoy Polloy, Legacy, John G, and others. 8 p.m. Saturday, July 7, at Churchill’s Pub, 5501 NE Second Ave., Miami; 305-757-1807; churchillspub.com. Tickets start at $40 via eventbrite.com.
KEEP MIAMI NEW TIMES FREE... Since we started Miami New Times, it has been defined as the free, independent voice of Miami, and we'd like to keep it that way. With local media under siege, it's more important than ever for us to rally support behind funding our local journalism. You can help by participating in our "I Support" program, allowing us to keep offering readers access to our incisive coverage of local news, food and culture with no paywalls.
Make a one-time donation today for as little as $1.
John Ochoa is a Los Angeles-born, Brooklyn-based freelance writer and editor.
Follow:
Twitter: @JohnAOchoa