Beres Hammond and Mr. Vegas Headline the 16th-Annual Best of the Best Concert 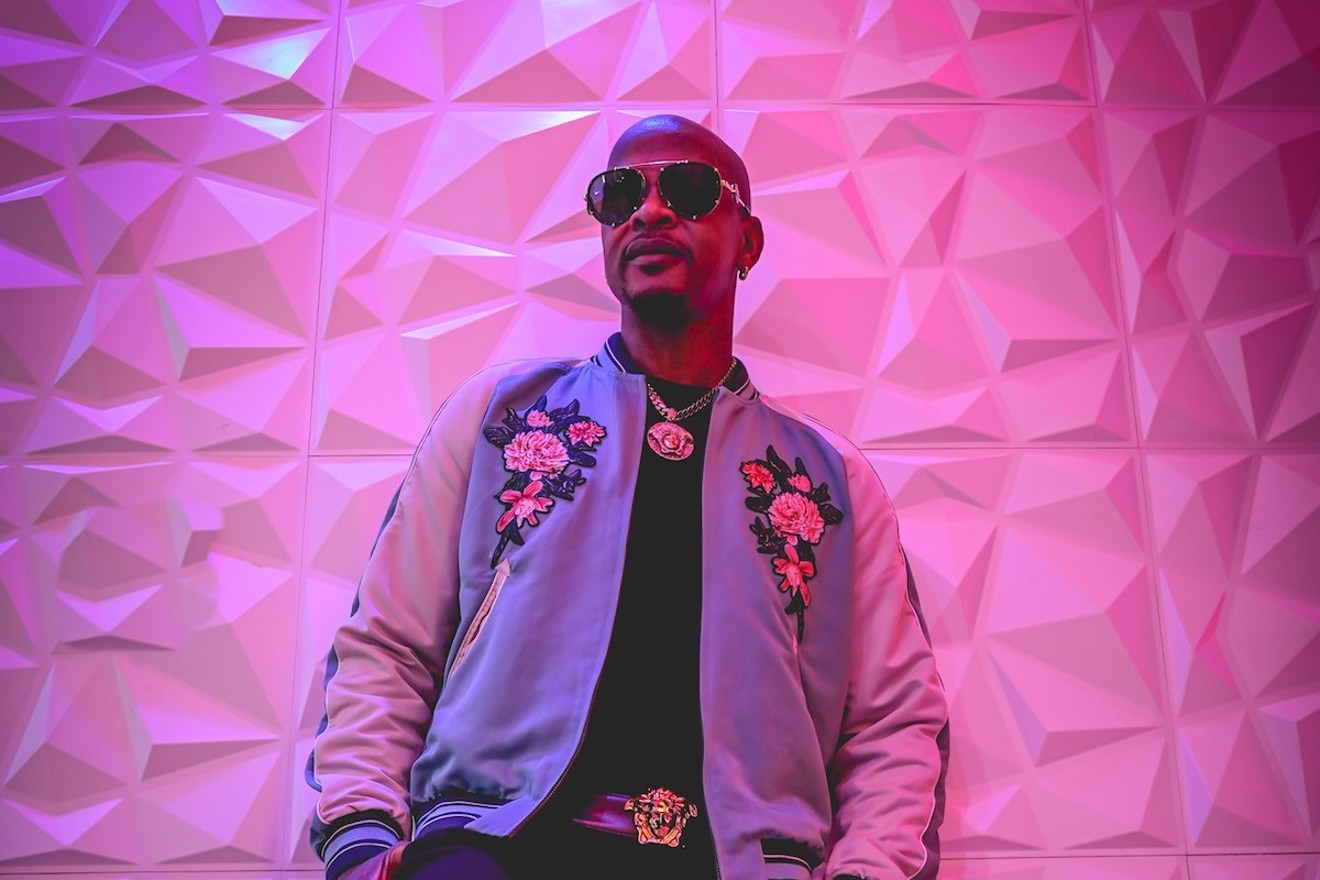 Dancehall artist Mr. Vegas is set to perform at the 16th-annual Best of the Best. Photo by Isaac Bob
Best of the Best returns to take over Memorial Day Weekend on Sunday, May 29, at Bayfront Park. After pausing the festival in 2020 amid the COVID lockdown and pushing the show back to October last year, the 16th-annual Caribbean festival has announced a slate of performers, including reggae and dancehall titans Beres Hammond and Mr. Vegas.

Against the sparkling backdrop of Biscayne Bay, attendees will buss a whine and wave their island's flag to soca, dancehall, and reggae vets and up-and-comers including Cham, Chris Martin, Patrice Roberts, Ricardo Drue, Pressure, and 10Tik. Whether it's your first or 16th time experiencing Best of the Best, New Times has put together a guide to the artists bringing the vibes to this year's festival.

A member of the rising crop of dancehall artists dominating the genre with gritty, unabashed lyrics, 10Tik won over fans with his 2021 hit song, "Roll Deep," which has racked up over 17 million views on YouTube. Then he teamed up with fellow dancehall artist Yaksta (also set to perform) to challenge systemic oppression on "Freedom." Earlier this year, he paired with Tarrus Riley on "Tears of Joy" and released an EP, Soul of the City. Last month, he released the video for his latest single, "Activate," featuring dancehall star Skillibeng. When he hits the Best of the Best stage alongside dancehall peers and pioneers, 10Tik will show why he's one of the current leading voices in dancehall's evolution.

Grammy-nominated Jamaican singer-songwriter Beres Hammond has become one of the most notable voices in reggae and dancehall since he made his debut in the 1970s. In the '90s, when dancehall dominated the charts in Jamaica and abroad, he rose to international fame with his acclaimed hit "Tempted To Touch." Since then, he's collaborated with the likes of Wyclef Jean and Buju Banton and stamped his imprint on the legacy of reggae with songs like his 2008 single, "I Feel Good," a track that combines his soulful, smoky voice with melting harmonies and a sanguine riddim.

Hailing from St. Catherine, Jamaica, singer-songwriter Chris Martin rose to fame when he won Digicel's Rising Stars contest in 2005. Since then, he's attracted fans with a slew of popular back-to-back singles like "Giving It" and "Jamaican Girls." He's collaborated with peers like Busy Signal and has worked with some of dancehall and reggae's biggest producers, including Robert Livingston (AKA Big Yard), Arif Cooper, and Shane Brown. Martin represents a new generation of reggae singers who are putting their own spin on the music.

Born Clifford Smith, the Kingston native is one of the defining voices of dancehall's pinnacle '90s and early-aughts era. Throughout that decade, he became a force in the genre with smash hits like "Nike Air," "Heads High," "Tek Weh Yuself," and "Hot Wuk." After a brief retirement in 2008, he came back full throttle when he released the 2012 banger "Bruk It Down" and was featured on Major Lazer's "Can't Stop Now" and a remix of Beyoncé's 2014 single "Standing On the Sun." With a catalog spanning several decades, Mr. Vegas' signature high-pitched inflection and infectious tracks will remind the Best of the Best crowd why he's one of dancehall's most recognizable pioneers.

Tapped for her electric voice, Trinidadian singer Patrice Roberts' set will inject the Best of the Best crowd with energetic, wave-flagging tunes. Since 2005, she has blazed a path in the genre alongside her soca peer Machel Montano and her cousin Bunji Garlin with hits like "The Islands." Currently touring throughout the Caribbean and U.S., she's a reminder that it isn't a proper fete without the thumping buoyancy of soca.

Best of the Best. 3 p.m. Sunday, May 29, at Bayfront Park, 301 Biscayne Blvd., Miami: bestofthebestconcert.com. Tickets cost $57 to $152.
KEEP MIAMI NEW TIMES FREE... Since we started Miami New Times, it has been defined as the free, independent voice of Miami, and we'd like to keep it that way. With local media under siege, it's more important than ever for us to rally support behind funding our local journalism. You can help by participating in our "I Support" program, allowing us to keep offering readers access to our incisive coverage of local news, food and culture with no paywalls.
Make a one-time donation today for as little as $1.