Best Concerts in Miami This Week: Silvestre Dangond, Sol and the Tribu, Tiësto, and More 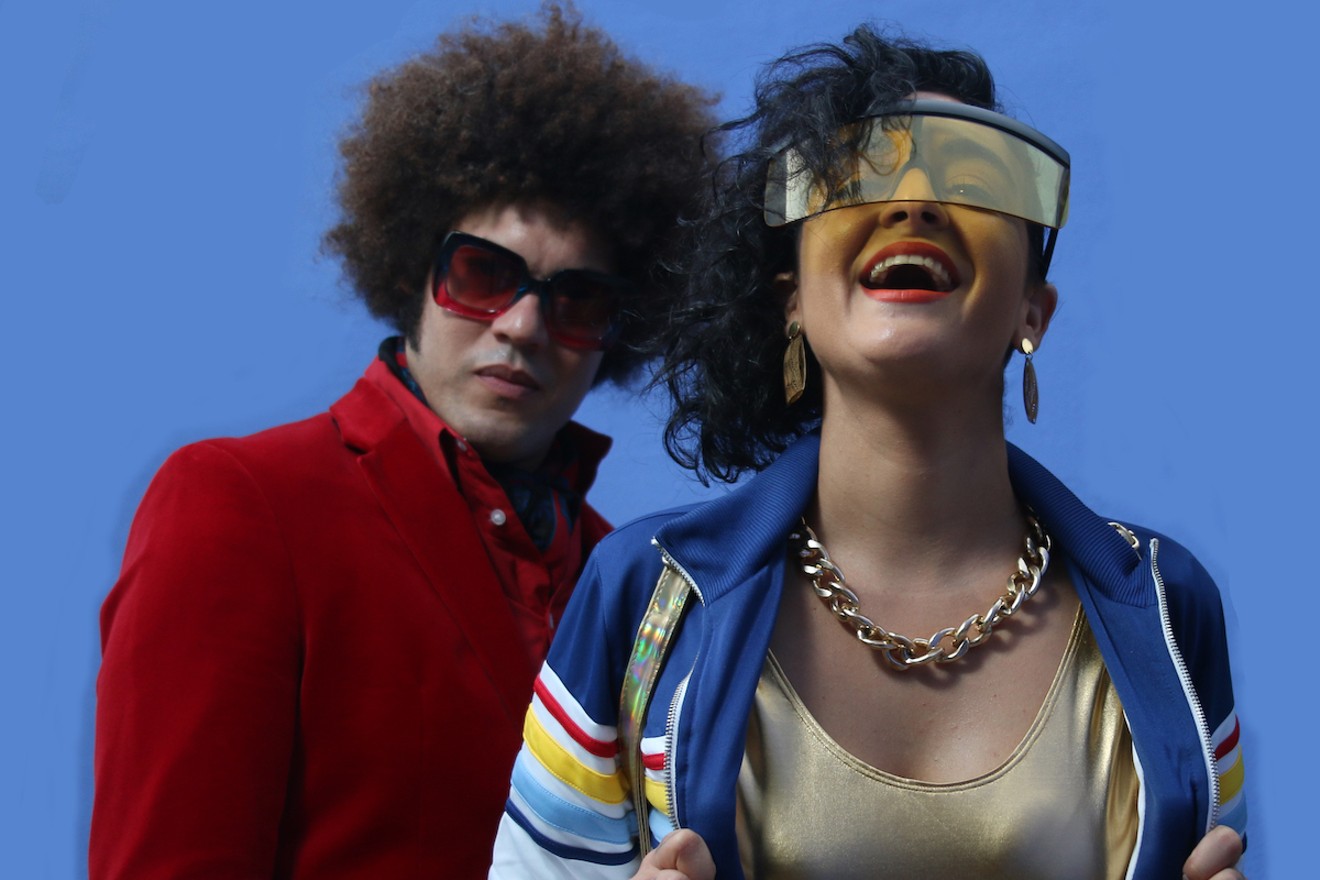 Sol and the Tribu Photo courtesy artist management
The Magic City is beginning to look a lot more like itself as dance floors slowly repopulate — albeit New Normal-style. This week, you can check out Eso! (a new event at Gramps that brings a futuristic take on classic world sounds), get a dose of Colombian vallenato via singer Silvestre Dangond at the Fillmore Miami Beach, and celebrate the grand opening of the Oasis with EDM superstar Tiësto.

Below, in chronological order, are the best concerts in Miami this week. Stay ahead of all upcoming shows with New Times' Miami concert calendar.

Head to Gramps for its weekly Monday party Eso! — the brainchild of DJs Mike Deuce and Kace. Just as you would with the bar’s cocktail selection, expect some tropical flavor from the decks, as the duo, who've been orbiting one another for years as they perform at Miami's nightclubs, take partygoers on this new collaborative musical journey, anchored in danceable world rhythms, with classic salsa jams and Afro-Caribbean vibes at its heart. 9 p.m. to 3 a.m. Monday, May 3, at Gramps, 176 NW 24th St., Miami; 855-732-8992; gramps.com. Admission is free.

Colombian vallenato singer Silvestre Dangond kicks off his eight-night residency at the Fillmore Miami Beach on Thursday. Best known for hits like “Me Gusta, Me Gusta,” Dangond will also perform songs from his latest album, Las Locuras Mías, which was released last year. The intimate series, presented by Loud and Live and MD Records, will strictly observe social-distancing guidelines and enforce a clear-bag policy to reduce contact at the security gate. 7 p.m. Thursday, May 6, at the Fillmore, 1700 Washington Ave., Miami Beach; 305-673-7300; fillmoremb.com. Tickets cost $149 to $550 via livenation.com.

Sol and the Tribu at the Arsht Center

The Adrienne Arsht Center for the Performing Arts continues its open-air music series. Live on the Plaza, with the Caribbean-meets-American, swamp-funk seven-piece band Sol and the Tribu. Helmed by Grammy-winning artist Sol Ruiz, the outfit has become known for its fusion style, which it dubs "the new Miami sound." Last year, Sol and the Tribu received the Arsht Center’s Heart of Art award for its “Corona Conga Online” project. 7:30 p.m. Friday, May 7, at Adrienne Arsht Center for the Performing Arts, 1300 Biscayne Blvd, Miami; 305-949-6722; arshtcenter.org. Tickets start at $30 via arshtcenter.org.

Tiësto at the Oasis

Tiësto will christen Wynwood’s newest venue, the Oasis — which boasts a 35,000-square-foot outdoor space where guests can find pop-up restaurants like Buya Dumplings + Buns, as well as an indoor space offering retail shops, a café, and a fitness studio. Tiësto's show on the Oasis stage kicks off the venue's five-days-a-week music programming. Danish DJ and producer Morten will also be on the lineup, as well as Damaged Goods. Due to the limited number of tickets, admission will be allotted sweepstakes-style. Guests who RSVP by May 5 will be entered into the pot and only a lucky few will actually receive a digital ticket. 8 p.m. Friday, May 7, at the Oasis, 2335 N. Miami Ave., Miami; oasiswynwood.com. Admission is free with RSVP via tixr.com/tiesto.

Tech-house connoisseur and Hot Creations label head Jamie Jones will headline at Club Space on Saturday night, bringing his shuffle-inducing sounds to the club’s terrace until the wee hours. Just in time for the world's slow return to the dance floor, the DJ’s most recent release saw him collaborate with UK producer Richy Ahmed for More Energy/I Need It. The EP features the two hypnotic title tracks as well as two remixes of "I Need It" by Butch and Ray Mono. 11 p.m. Saturday, May 8, at Club Space, 34 NE 11th St., Miami; 786-357-6456; clubspace.com. Table reservations required.
KEEP MIAMI NEW TIMES FREE... Since we started Miami New Times, it has been defined as the free, independent voice of Miami, and we'd like to keep it that way. With local media under siege, it's more important than ever for us to rally support behind funding our local journalism. You can help by participating in our "I Support" program, allowing us to keep offering readers access to our incisive coverage of local news, food and culture with no paywalls.
Make a one-time donation today for as little as $1.