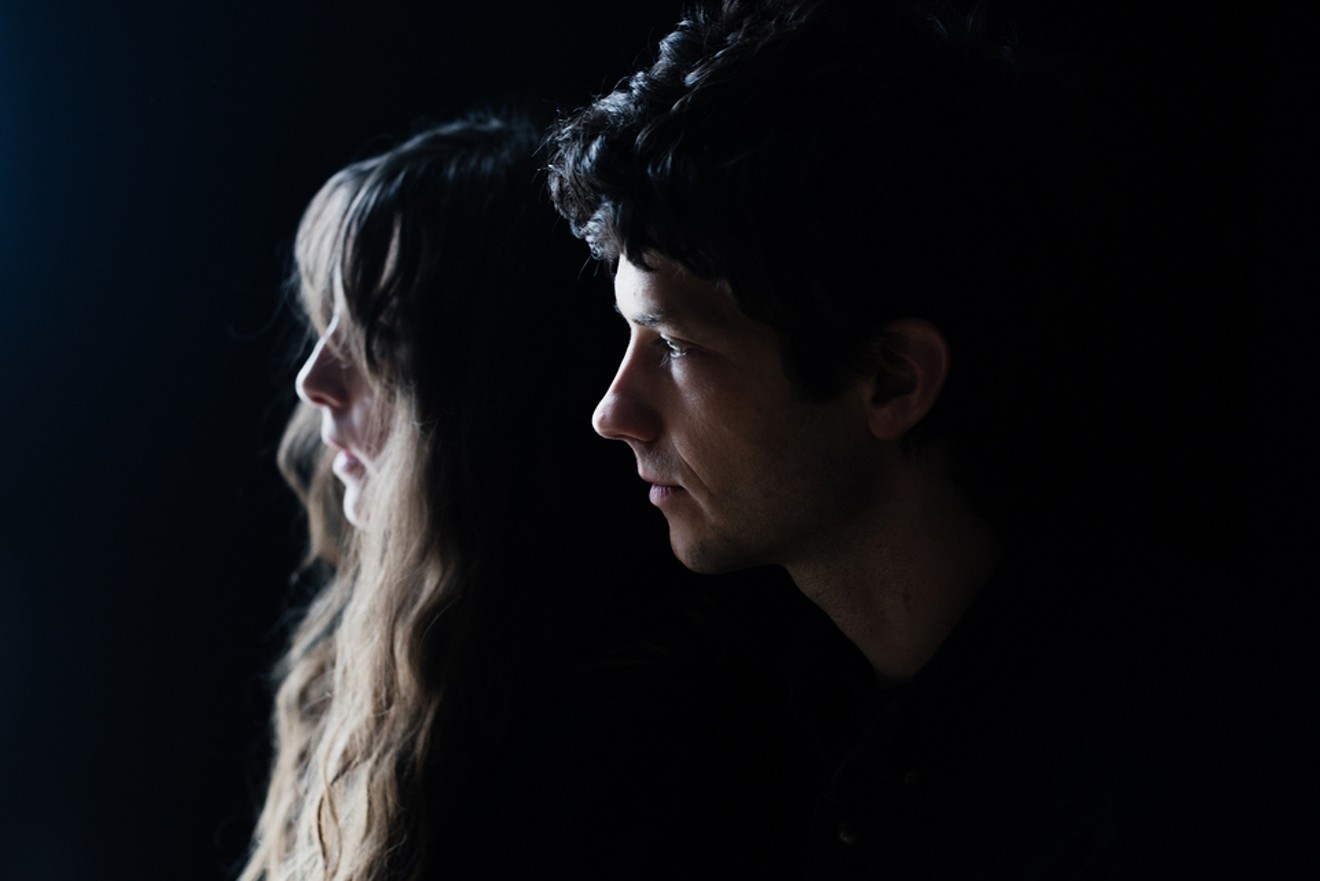 Shawn Brackbill
If you were disappointed by Beach House's last South Florida show, guitarist Alex Scally wants to make it up to you. He says he's terribly embarrassed by the way his duo performed five years ago.

"We hate playing big, empty venues," Scally explains. "It was a quarter filled, and it felt impossible to reach people. It wasn't the audience's fault. It was the start of the tour, and we were still trying to figure things out, so it was an incredibly bad show for us."

Five years later, he and bandmate Victoria Legrand are trying to make amends with a more intimate concert at Revolution Live Saturday, May 27. "It will be a much more natural and beautiful show," Scally promises.


"When there are problems... it can become a steel-cage death match."

Beach House got its start in Baltimore in 2004, when Scally, straight out of college, began playing guitar with singer/keyboardist Legrand. "I got along really w ell with Victoria," he says, recalling bonding over T Rex, the Beach Boys, Neil Young, and Karen Dalton records. "We shared a lot of common musical tastes. It was in the early 2000s, and it felt like no one was listening to new music. It was that pre-Spotify era when you were only given music by the radio, so we had this inquisitiveness of listening to all these records from the past."

At the time, Scally had a bunch of organs in storage that he used to make four-track recordings. He invited Legrand to mess around on them with him and found they had an easy chemistry. "It wasn't premeditated. I look back at it and I'm shocked at how natural it was."

Scally thinks a lot of that ease stemmed from there being only two members in Beach House. "As a duo, visions are a lot easier to hold onto because there are fewer people whose ideas matter. With a lot of people, through recording and production, there are a million places where a cool idea can get lost." But there are also drawbacks to having only one other person in your band. "When there are problems, there is no one to turn to but the other person. It can become a steel-cage death match."

Fortunately, other than the occasional disappointing performance, Beach House hasn't encountered too many problems during its 13 years. Over the course of six excellent full-length records, they've crafted symphonies that sound like they were composed from another, more peaceful dimension. Legrand's voice is icy and beautiful, which critics have compared to German singer-songwriter Nico. Behind it, the instrumentation swerves from shoegazing distortion to melodies right out of Phil Spector's Wall of Sound. Their music is often described as dream pop, a genre label Scally reluctantly accepts. "I don't feel a need to categorize music. No genre ever fully describes what it is anyone is doing, but it's your life, mind, and ears to call it what you will."

As they take their show on the road, the members of Beach House are developing new sounds, which might serve as a followup to the two albums they released in 2015, Thank Your Lucky Stars and Depression Cherry. "We're always working. The question is, how long until it turns into something? You hope it turns into something," he says. These days, Scally draws inspiration from reading rather than uncovering forgotten records. But though his creative influences have shifted, the mystery of creating music remains.

"Life comes at you, and you make stuff. The influences are somewhere, but they're woven beneath the surface," he explains. "We don't set out and say, 'Let's make a song that sounds like disco.'"

But if they did, it would be the dreamiest, most ethereal disco song ever.