Ten Music Acts That Need to Perform in Miami

Who's on your concert wish list? Photo by Karli Evans
Every year or so, New Times laments the droves of artists and bands that have yet to perform in the Magic City. Yes, Miami gets most of the big acts — we finally saw Gorillaz in 2017, Lorde in 2018, and Tame Impala this past May — but we’re spoiled and want more. And we’d like them sooner than later because, at some point in the next 50 years, Miami will be the Hispanic Atlantis.

More often than not, these artists' absence is a matter of location. The logistics of traveling all the way to the southern tip of the state can be challenging, so artists often opt for Central Florida venues to get in and out faster.

But like a tearful toddler at the grocery store, we refuse to stop pleading. Artists such as the aforementioned Lorde and Tame Impala, as well as Rosalía, have played Miami after appearing on our concert wish lists in the past, so we'll keep sending our hopes out into the universe. Here are ten artists who need to play a proper show in Miami before year's end.

Björk
Photo by Warren Du Preez and Nick Thornton Jones
Björk. Iceland's treasure is Miami’s concert white whale. For the past three years (although in our hearts it feels much, much longer), New Times has downright begged for Björk to play Miami. Our thirst was somewhat quenched when she played a DJ set during Miami Art Week in 2017, but we long for a proper show brimming and glittering with all of her wonderful weirdness and extravagant production.
click to enlarge 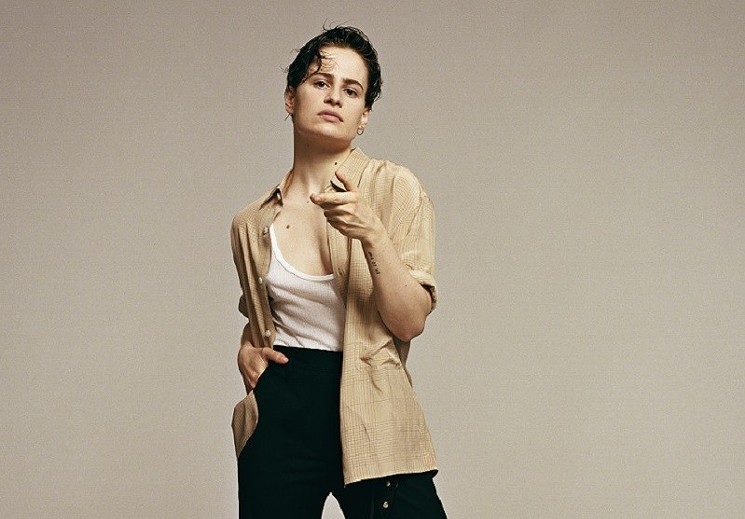 Chris of Christine and the Queens
Photo by Jamie Morgan
Christine and the Queens. Where to begin with the endearing creature born Héloïse Letissier but long since transformed simply into Chris? She’s a French singer-songwriter who, at times, has described her Madonna-inspired, synth-laden music as “freak pop” and “horny” pop and whose original backing band was a group of drag queens. She consistently challenges gender stereotypes in her lyrics while crafting catchy and eminently danceable cuts, first on her award-winning debut, Chaleur Humaine, and later on 2018’s excellent Chris. Christine and the Queens' fun, sexy, queer-positive music couldn’t find a happier home than Miami. Frank Ocean
Photo by Andy Holmes / Flickr
Frank Ocean. The elusive R&B crooner is probably at the top of many cities' concert wish lists because he tours so rarely. Hell, sometimes he goes for months with nary a peep on social media. But according to an interview he did with Gayletter in April, Ocean is making attempts to be more open and available. He made his Instagram public and reports he’s been shuffling back and forth between New York and Los Angeles while working on new material. Could that next collection of songs lead to a tour that stops in the 305? We're just saying there's a chance. 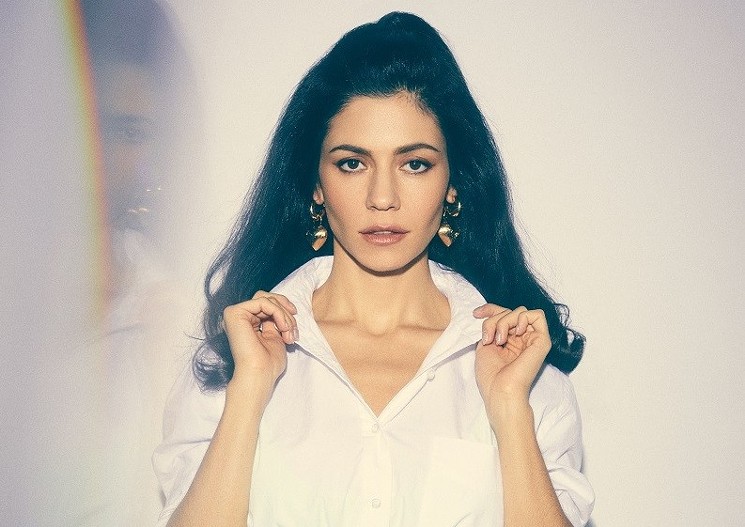 Marina
Photo by Zoey Grossman
Marina. When Marina (born Marina Diamindis and formerly known as Marina and the Diamonds) announced she was touring the States this fall in support of her double album, Love + Fear, Miami fans hoped she'd finally visit the Magic City four albums into her career. But those hopes were dashed when her tour dates revealed she'd perform only as far South as Atlanta. Though the British electropop songstress has played exclusive private shows in Miami Beach and performed at Fort Lauderdale's Culture Room eons ago in 2012 in support of her album Electra Heart, she hasn't played the region since she dropped her prima donna alter ego and "Diamonds" from her name. She's practically a completely different artist than she was back then. Melanie Martinez.
Photo by Brian Zuniga
Melanie Martinez. Another near-miss former The Voice star Melanie Martinez seems to hit Florida with each new release, including her upcoming record, K-12, but she only makes it as far south as Orlando. The Queens native is half-Dominican and half-Puerto Rican and makes the sort of creepy and odd, Tim Burton-esque indie pop a crowd at the Fillmore Miami Beach would really appreciate. But alas, it seems we’ll need to wait a little longer to go down the rabbit hole with this Alice and her two-toned hair. Miami Horror
Photo by Leo Volcy
Miami Horror. Despite naming itself after the Magic City, the Australian electronic outfit Miami Horror has never performed in its namesake. And producer/DJ Benjamin Plant's brainchild makes music that's far from scary. Inspired by the likes of New Order and Prince, the group's sparkling nu-disco sound falls somewhere between Justice and M83. III Points and Ultra were practically created for a band like Miami Horror. The festival gods need to make this happen pronto. The National
Photo by Shane McCauley
The National. Since 2005, Cincinnati’s the National has played ten shows in Florida. A grand total of zero of those shows took place in Miami. Look, the National is a hipster white-boy band, so it's not difficult to see why these guys opt for Orlando and St. Augustine over Miami, but come on: Miami has Wynwood. Plenty of ethnically diverse yet deeply hipster indie-rock nerds would love to see the National travel just a few more hours south to play the Fillmore or Bayfront Park.

Stars
Photo by Richmond Lam
Stars. One of the great tragedies for Miami music fans was the shuttering of Grand Central in downtown nearly four years ago. Grand Central attracted indie and left-field acts such as Best Coast, Crystal Castles, Chromatics, and Dinosaur Jr. It would have been the perfect venue for the Canadian chamber-pop beauty Stars. For the uninitiated, Stars is one of the best bands you might have never heard. Inspired by the likes of the Cure and New Order, Stars has been around for almost 20 years and has a deep catalog of atmospheric and melodic songs buoyed by enchanting vocals equally suitable for celebrating life or mourning a lost love. The farthest south the band has ever ventured was Fort Lauderdale. Next time, maybe that tour bus will drive just a few more miles down I-95.

Sylvan Esso
Photo by Kendall Bailey Atwater
Sylvan Esso. The North Carolina duo of singer-songwriter Amelia Meath and producer Nick Sanborn, better known as Sylvan Esso, needs to be on the next III Points lineup. The two make the sort of tender, affecting electropop and indietronica that a large swath of Miami’s most sensitive souls would deeply appreciate. Songs such as “Coffee,” "Hey Mami," and the duo's cover of Califone’s “Funeral Singers” beg for intimate venues like the Electric Pickle and Grand Central (too bad both of them are now gone). The pair did make it to Florida in 2018 for Okeechobee Music Festival, but Sylvan Esso has yet to visit our neck of the swamp.

Years & Years
Photo by Zoey Grossman
Years & Years. In 2018, Years & Years released arguably one of the best albums of the year, Palo Santo. Led by Olly Alexander, a strong figure in the LGBTQ music community, Years & Years has owned the British and European award shows and radio charts since the band broke through in 2015. One listen to the charming and infectious breakup song “If You’re Over Me”; the dramatic, in-the-closet ode “Sanctify”; or the lithe and upbeat “Hallelujah" should be enough to convince Miamians we need Years & Years here every year.
KEEP MIAMI NEW TIMES FREE... Since we started Miami New Times, it has been defined as the free, independent voice of Miami, and we'd like to keep it that way. With local media under siege, it's more important than ever for us to rally support behind funding our local journalism. You can help by participating in our "I Support" program, allowing us to keep offering readers access to our incisive coverage of local news, food and culture with no paywalls.
Make a one-time donation today for as little as $1.