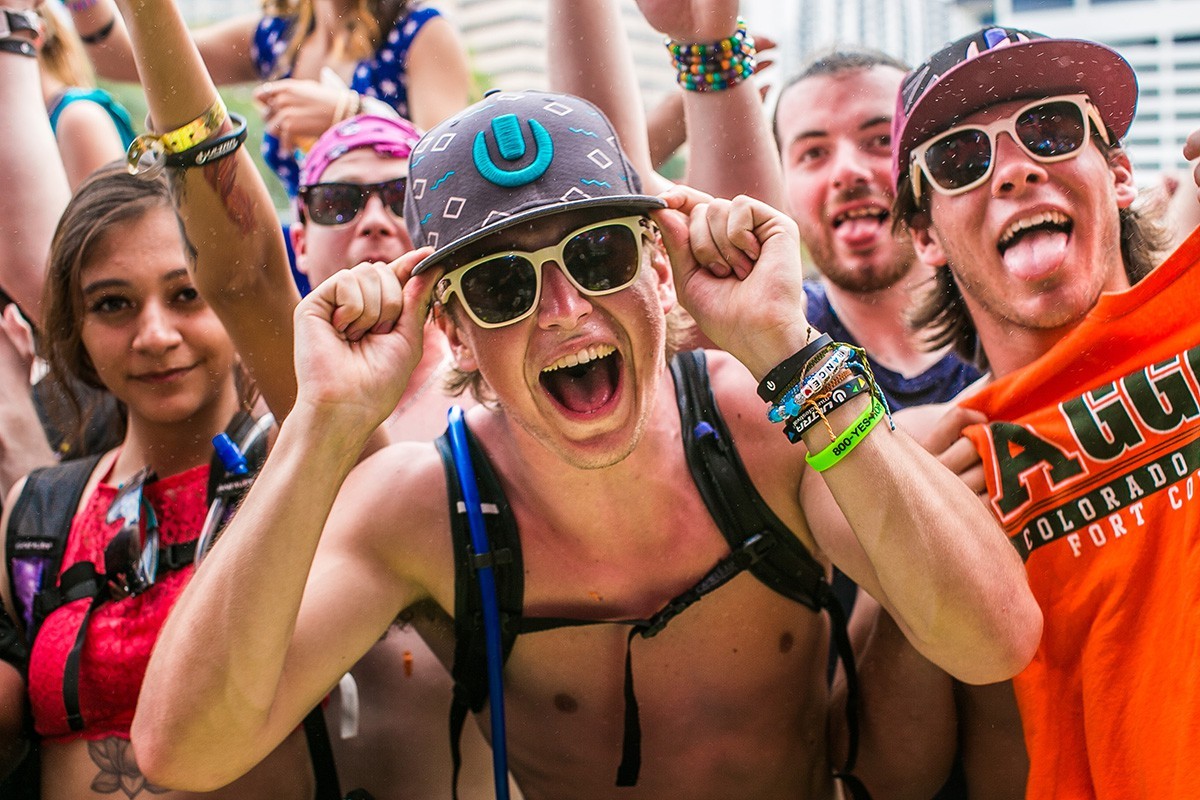 Photo by George Martinez
Since 2013, EDM fans have packed a stadium in Split, Croatia, yearly to dance to the likes of Armin van Buuren, Deadmau5, and David Guetta, all under the familiar, glowing U-shaped icon of Miami's Ultra Music Festival. But the European fest isn't actually run by the promoters behind South Florida's famous dance bash; they simply license the name to the Croatian party.

Now the two festivals are locked in an ugly battle in federal court in Miami. The Europeans accuse the Miami company of making outrageous demands and blocking them from social media when the company never owned the Ultra trademark in Croatia.

"Ultra repeatedly threatened to cancel the event when [we] did not acquiesce to Ultra’s increasingly burdensome demands," write lawyers representing Adria MM Productions, the Croatian event promoters, who filed suit April 28. "Reluctant to disappoint thousands of electronic music fans attending the yearly event, [we] strove to meet each and every demand by Ultra, even when such demands were unreasonable."

"AMM breached the License Agreement by... failing to pay [us] the fees required by the License Agreement... improperly obtaining, advancing to itself, and utilizing approximately €1.4 million from the sale of tickets to the 2017 event," write attorneys representing Worldwide Entertainment Group Inc., which runs Miami's festival.

Ultra, which was founded in Miami in 1999, branched out into Europe in 2013 when it partnered with AMM to launch the Croatian festival. The inaugural event drew 100,000 fans to Split, AMM says; the promoters branched out into other nearby events under a five-year licensing deal with their Miami partners.

But the Miami operation soon made crazy demands, they claim, including "exclusive approval of vendors, prohibitively expensive staffing arrangements, luxury travel arrangements, and additional promotional fees." The Croatians played ball until this year, they say, when Worldwide Entertainment demanded the Croatians sign a new five-year deal with "equally oppressive terms."

Worse, when the Croatians began investigating, they found that "despite the representations to the contrary, Ultra holds no rights" to its trademarked name in Europe or in Croatia specifically.

But Miami's promoters tell a different story in their own court filings. They deny all of AMM's claims about unfair charges and say they do indeed hold trademarks in Europe on their festival names.

What's more, they say, the Croatian company broke its contract. They say the Croatians improperly organized competing events called Croatia Music Week Zagreb and Croatia Winter Music Festival and held news conferences to promote them, all while still owing Ultra thousands in fees. As a result, they say, they revoked AMM's rights to use Ultra's name and logo in March.

Both Worldwide Entertainment Group and AMM's attorneys declined to speak with New Times for this story.

Regardless of how the courtroom drama plays out, the latest iteration of Ultra Europe is reportedly still a go July 14 through 16 in Split.