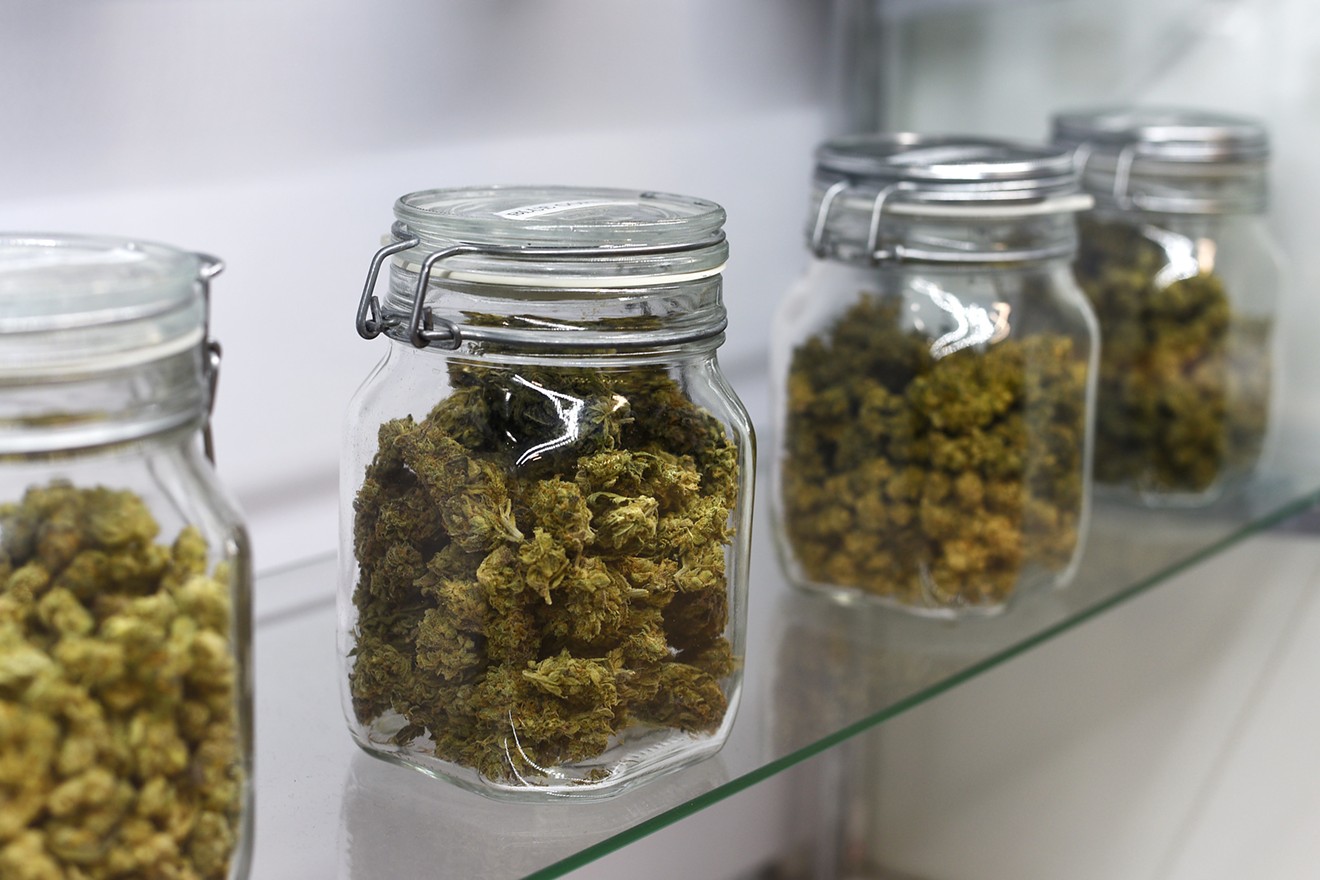 Florida state Rep. Ray Rodrigues is trying to place a 10 percent cap on THC in cannabis sold to patients under the age of 21. Photo by Paxson Woelber, The Alaska Landmine / Flickr
On the one hand, state Rep. Ray Rodrigues (R-Estero) — who has raised almost $2 million since 2015 through his political action committee, Free Markets for Florida — likes to portray himself as a champion of capitalism.

On the other hand, Rodrigues has been hellbent on interfering with the free market when it comes to the state's medical-marijuana program by repeatedly introducing bills that would place a 10 percent cap on THC, the psychoactive compound that gets people high but also relieves a multitude of ailments. His moves flout the will of the 71 percent of Florida voters who approved medical marijuana in 2016 after legislators failed to do it themselves.

This past Tuesday, after a similar bill died in the Florida Senate, Rodrigues slipped an amendment into House Bill 713 that would place a 10 percent cap on THC in cannabis sold to patients under the age of 21. Last year, he tried to do the same thing regardless of the patient's age, but that bill died.

HB 713, which has not yet gone before a committee, is scheduled to be heard on the House floor today and is supported by House Speaker Rep. Jose Oliva (R-Hialeah), whose family owns a cigar company. Rodrigues' office did not respond to an interview request from New Times yesterday.

Moriah Barnhart, whose young daughter has used medical marijuana, says Rodrigues' hypocrisy is placing the lives of sick children at risk under the guise of keeping them safe from cannabis. Her daughter was diagnosed seven years ago with brain cancer at the age of 2. Barnhart says Rodrigues' obsession with reducing the potency of medical cannabis stems from the anti-cannabis interests that fund him.

"When bills like this pop up simultaneously around the country, there are vested interests backing it," she says. "There are so many independent vested interests that they come together like hedge funds. They have mutual interests and put all this money together nationwide."
Some of the anti-marijuana crusaders are the pharmaceutical, alcohol, tobacco, and nicotine-vaping industries, which stand to lose business if more Americans gravitate toward ganja. Even police unions have a vested interest in keeping weed illegal because they have long depended on federal grant money to fight the failed drug war. All of those industries have donated to Rodrigues' PAC. (Before the state rep embarked on his anti-cannabis crusade, dispensaries Trulieve, Curaleaf, and Surterra had donated a combined $50,000 to his PAC.)

Arizona is considering a bill similar to — but more Draconian than — Rodrigues' amendment. That state is trying to place the THC cap at 2 percent, which would make Arizona's medical cannabis more like hemp than marijuana.

In Florida, the vertically integrated system created by the state Legislature, which requires cannabis companies to operate from seed to sale, has resulted in a monopoly among dispensaries where prices and shortages remain high. Those problems have prompted many patients to drop out of the program and turn to the black market, Barnhart says.

Prices at Florida dispensaries could skyrocket if HB 713 became law because the bill seeks to further regulate cannabis cultivation. Exorbitant prices could send even more patients to the black market.

State Sen. Gayle Harrell (R-Stuart) had introduced a similar bill pushing a THC cap but withdrew it Tuesday after it drew skepticism from both Republicans and Democrats. But the House has proven to be much more prohibitionist than the Senate.
KEEP MIAMI NEW TIMES FREE... Since we started Miami New Times, it has been defined as the free, independent voice of Miami, and we'd like to keep it that way. With local media under siege, it's more important than ever for us to rally support behind funding our local journalism. You can help by participating in our "I Support" program, allowing us to keep offering readers access to our incisive coverage of local news, food and culture with no paywalls.
Make a one-time donation today for as little as $1.