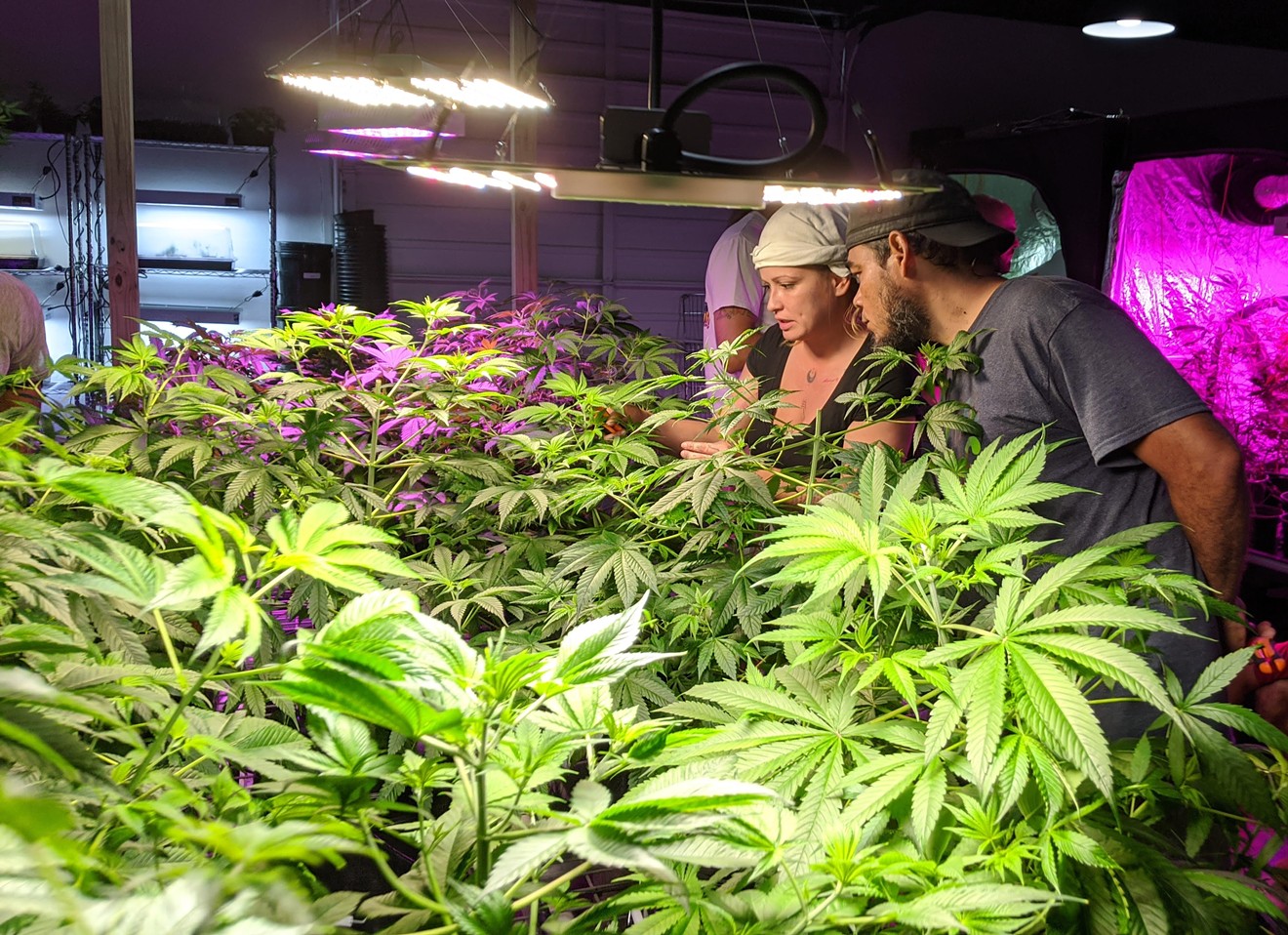 Opened in 2016 and relocated to a new campus last year, the college certifies students and positions them to break into the state's medical-marijuana industry. The university's green and white coat of arms includes an Om symbol and the phrase "knowledge is power." Its website boasts a testimonial from legendary stoner Tommy Chong, who offers succinctly: "Learn Sativa is where you have to go to learn sativa."

Though the school is not recognized as accredited through the U.S. Department of Education, its CEO and founder, Pat O'Brien, says the college's cannabis certification program is no joke. The goal is to provide a clear path for anyone looking to enter the marijuana industry, be it as a budtender, entrepreneur, or in a position that focuses on the legal, agricultural, or scientific sides of the business.

"A lot of people think that getting into this industry is all about just smoking and watching cartoons and stuff," O'Brien tells New Times. (Shocking, we know.) "But they have to understand this is a business like anything else."

While Learn Sativa University's hands-on program has been in operation for about four years, the university opened a new training facility in Apopka last summer for cannabis training, O'Brien says. The campus has 50,000 square feet of outdoor greenhouse space and an indoor climate-controlled grow space where students can train hands-on. The curriculum includes marijuana history, laws, careers, growing procedures, and even popular cookbook recipes.

According to Learn Sativa University's website, the university offers online cannabis classes for $199 and in-person classes for $299. After passing a final exam with a score of at least 80 percent, students are awarded a cannabis-training certificate.

O'Brien says all kinds of people have enrolled in the college. He remembers elderly women from the Villages, the famed retirement community north of Orlando, sitting across from millennials in the classrooms — all with a common goal of learning more about weed.

"I'd love to say that we have a target audience," he says, "but to be honest, it's a wide spectrum." 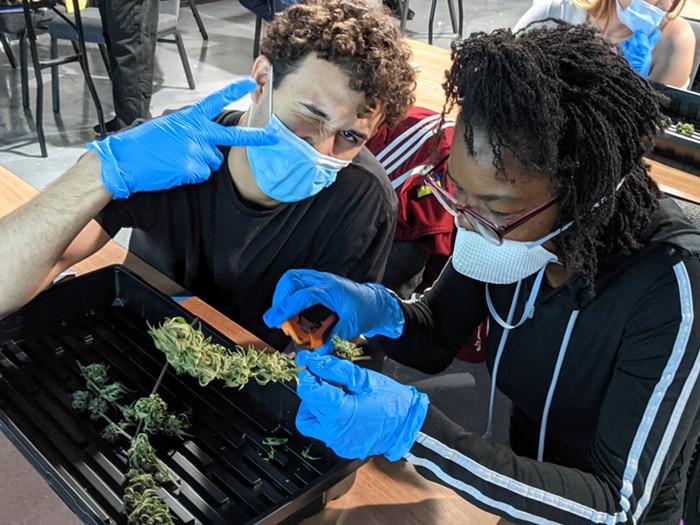 Latonya Wilson was awarded a cannabis-training certificate from the university last month after completing the dispensary-management course. Her dream is to someday own cannabis dispensaries across Florida.

As a Black woman, Wilson feels it's especially important for her to take this step into cannabis management, given the institutional racism built into the industry. (According to the Orlando Sentinel, of the almost 300 dispensaries in Florida, none are Black-operated.)

She hopes to lead the way for other Black women looking to get into the business, too.

“I feel like a lot of times we don't have a lot of support and we have to build a lot of things from the ground up,” Wilson tells New Times. “And why not be the one that does it? I want to be the one that's going to sit there and put Black women on the map in the cannabis industry.”

Wilson, who now works as an ambassador for Learn Sativa University, says the school will be hosting networking events on the pot farm in the near future for cannabis-curious people interested in learning more about the program.

According to a countdown clock on Learn Sativa U's website, semester registration ends Wednesday evening. Don't procrastinate.
KEEP MIAMI NEW TIMES FREE... Since we started Miami New Times, it has been defined as the free, independent voice of Miami, and we'd like to keep it that way. With local media under siege, it's more important than ever for us to rally support behind funding our local journalism. You can help by participating in our "I Support" program, allowing us to keep offering readers access to our incisive coverage of local news, food and culture with no paywalls.
Make a one-time donation today for as little as $1.