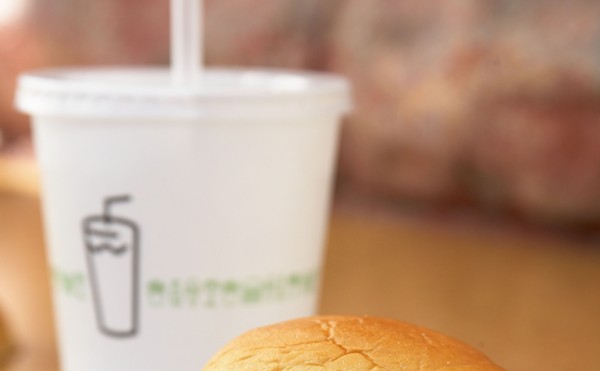 Before LeBron James signed with the Miami Heat, the biggest hype in town was centered around Shake Shack. With ongoing, breathless media coverage, this New York City-based burger joint was hailed as the Second Coming. The results have been mixed at the self-serve South Beach hot spot. Some patrons are already addicted to the thick custard shakes, such as the Miami-inspired Key Lime Pie Oh My, which features a hefty slice of pie mixed into a delicious vanilla custard. Other diners bemoan the fact that their burger is, well, just a burger. Actually, the smallish patty is an antibiotic- and hormone-free blend of freshly ground Black Angus beef molded into a patty and cooked medium (unless otherwise requested). The ShackBurger comes with American cheese, lettuce, tomatoes, and secret ShackSauce. Vegetarians will be lured by the 'Shroom Burger, which is a gooey, fried cheese blob coated with Portobello mushrooms and served on a bun. But, hey, nothing is really healthful here, especially the decadent Yukon Gold cheese fries. Grab a table outside, put your diet aside, and indulge your sweet tooth with a shake or sundae featuring gourmet mix-ins such as Valrhona chocolate pearls, chocolate truffle cookie dough, and peanut butter sauce. Oh, and speaking of LeBron, Shake Shack has already prepared a foodie homage to the NBA star with its Le-BRAT James griddled bratwurst, topped with Tabasco-simmered onions.