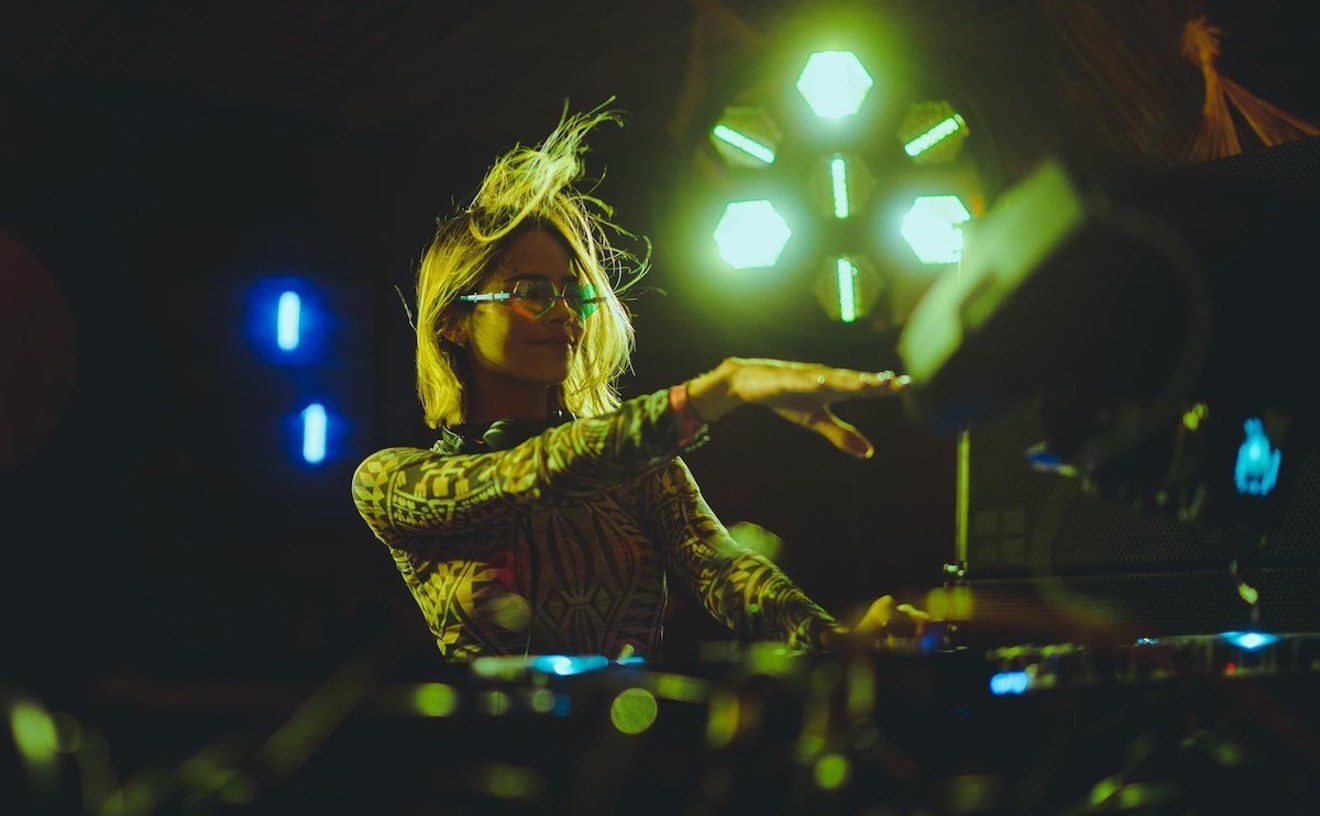 A DJ's humble beginnings are seldom graceful. The success rate is modest: discordant transitions, lack of studio equipment, sound saturation. This, of course, pegs the meteoritic rise of Layla Benitez as an outlier. In little time, she has released EPs featuring her hot-pot blend of afro and deep house on big-name labels and has entertained crowds on the international scale. The Miamian debuted at Coachella this year and is set to take to Ibiza's White Isles — all while maintaining her resident duties at Club Space. Undoubtedly, being the daughter of legendary dance-music virtuoso John "Jellybean" Benitez adds a buffer to her learning curve, but Layla's music is unquestionably her own. She spins deep, akin to the South African-infused music of Black Coffee that is inherently hypnotic for sunset/sunrise hours. Often, you have to go to club X in Miami to find the "Best DJ" spin—but if you're so inclined, just buy a ticket to any spot, and you'll likely hear Benitez's spin under the sun or moon. 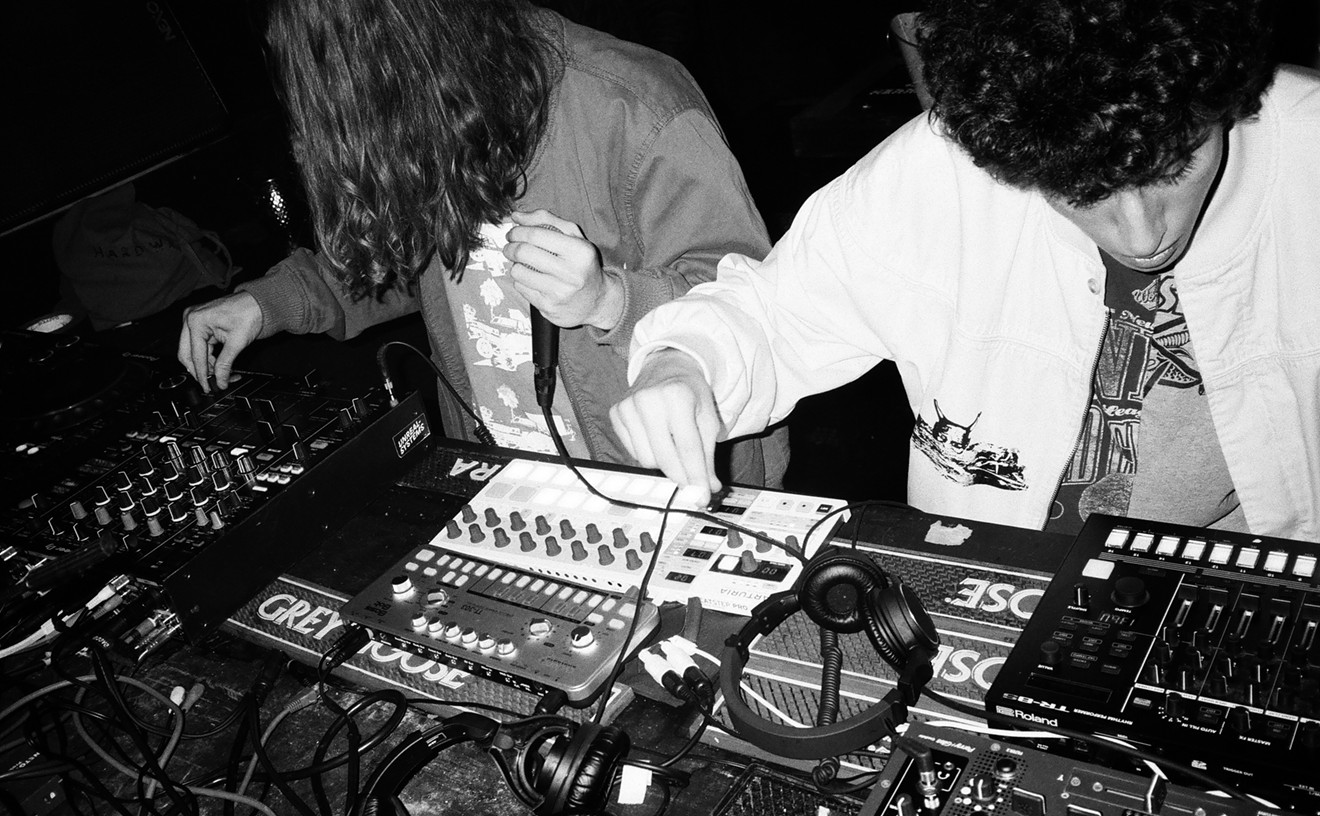 Dance culture has always revolved around hustle. Hustling to play the clubs, to release music, to get heard. INVT duo Luca Medici and Delbert Perez make the game look too easy. The 24-year-old Miami natives have taken underground dance music by storm with their nightmarish jungle and dubstep combos that link to the more traditional Latin and South American genres like reggaeton and cumbia. The sounds are cryptic and distorted, often driving the listener toward introspection. The team has self-released nearly 100 tracks along with pushing their own fashion brand. They've also collaborated with locals including Nick León and Coffintexts. The British DJ Ben UFO recently dropped their track "Sopla" in his latest Essential Mix, and they're set to join U.K. legend Skream in June. INVT's shining star is its live show, whose sets come equipped with a thick layer of analog gear and drums. Hands move quickly and heads bop in sync. Yep, stone-cold hustle. 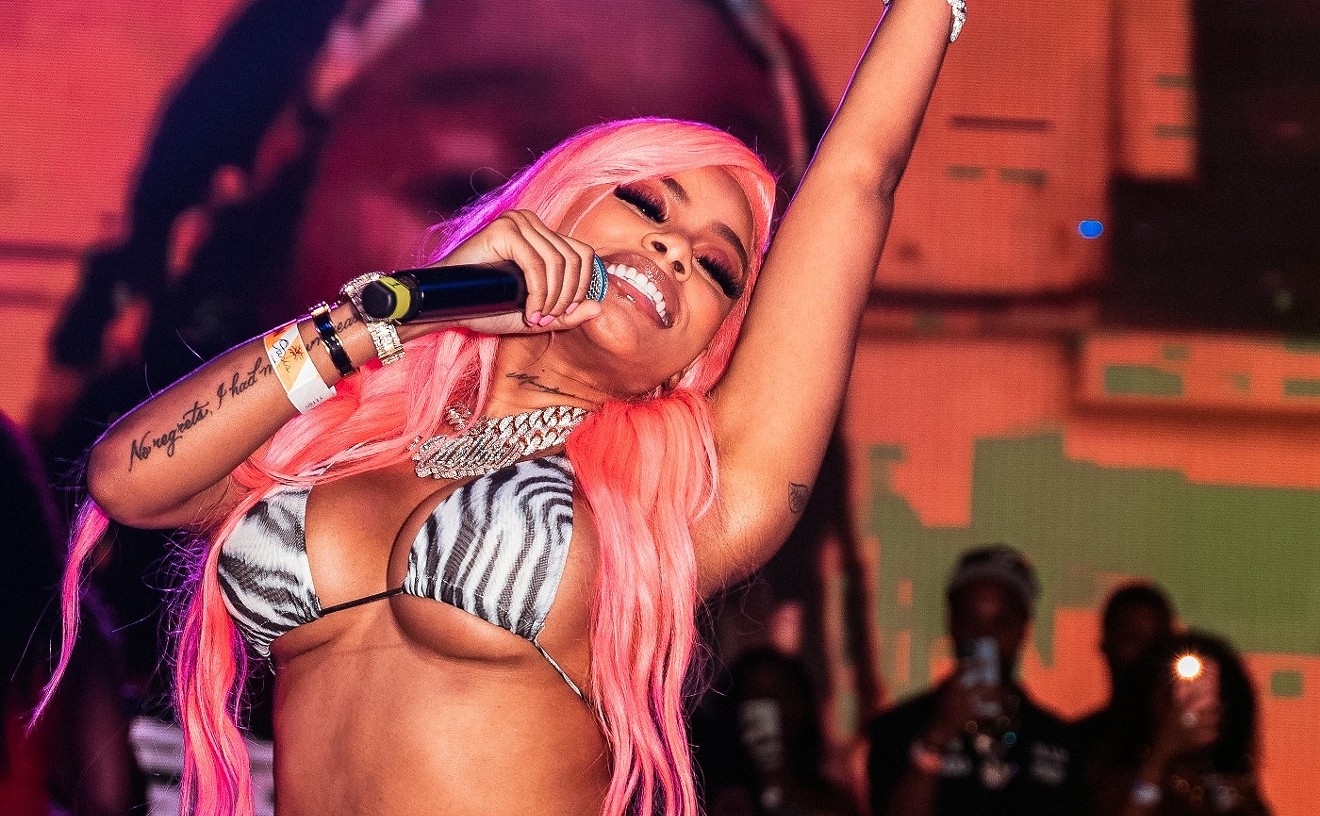 On "Move Along," Mellow Rackz doesn't hold back. "The things I do ain't right/But I can't do no wrong/Yo bitch pulled up with no cheese/But pussy provolone/He fuckin' asked for my number/Type the digits wrong." It's evident the Young Money signee is pure South Florida. She has sex appeal to spare, but don't you dare cross her or you won't live to see another day. Rackz first made headlines thanks to her short-lived engagement to controversial rapper Kodak Black (see "Best Local Boy Gone Bad"), but since then, she has proven she's more than arm candy. Her flow is gritty yet full of braggadocio. Seriously, Mellow, give us the album already! 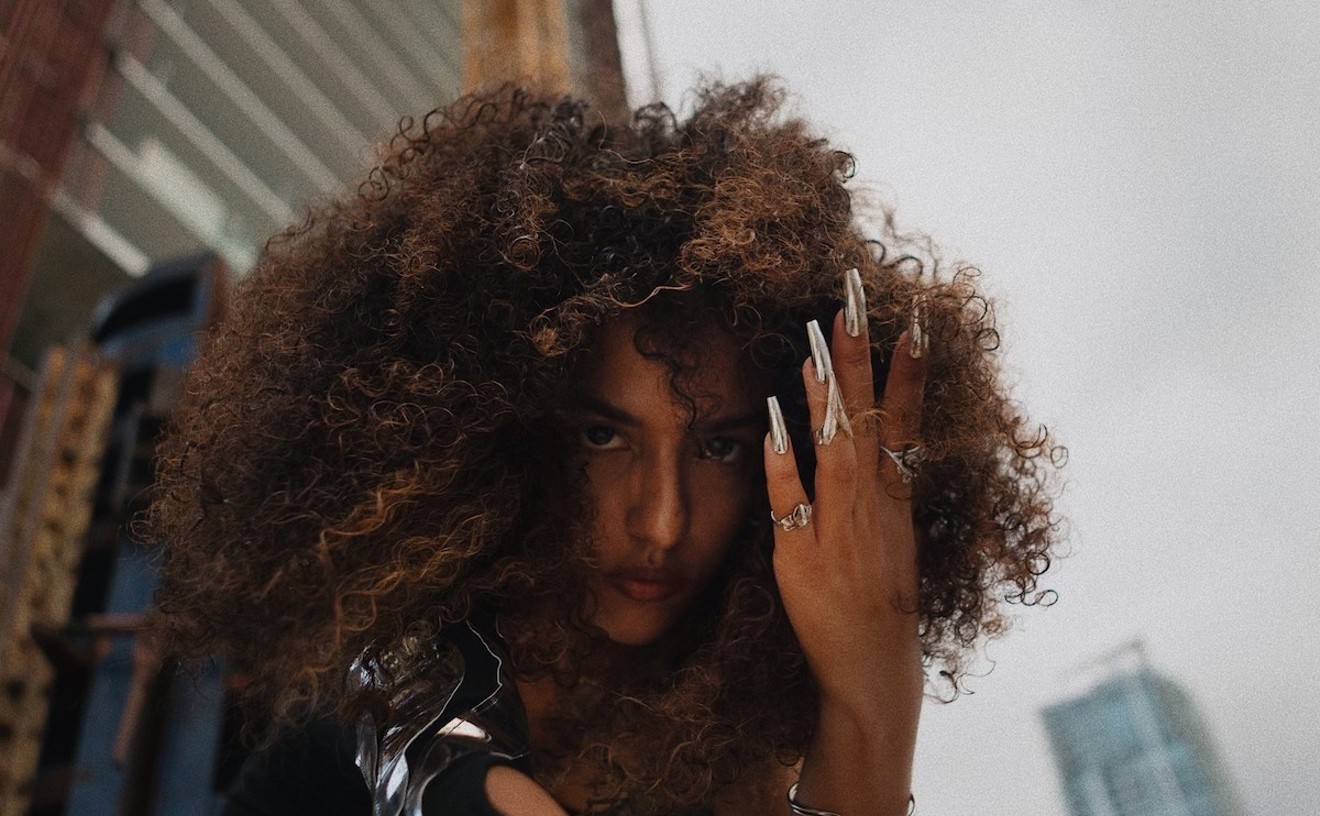 On her latest track, "How You Feel?" Natalie Foucauld brings her experimental indie-pop sound closer to the hyperpop aesthetic that's taking over the internet. It's not a huge leap for Foucauld, who has been taking pop music to exploratory extremes under the moniker Le Poodle. On the aforementioned track, Le Poodle and producer Richy B incorporate trip-hop and R&B melodies with a stuttering bassline. Foucauld's vocal delivery is also reminiscent of PC Music princess and proto-hyperpop act Hannah Diamond in that glossy imperfection, revealing a certain vulnerability often absent in mainstream pop. Overall, Foucauld's musical output is sparse, but when she releases a song, you can't help but be in awe of her natural talent. 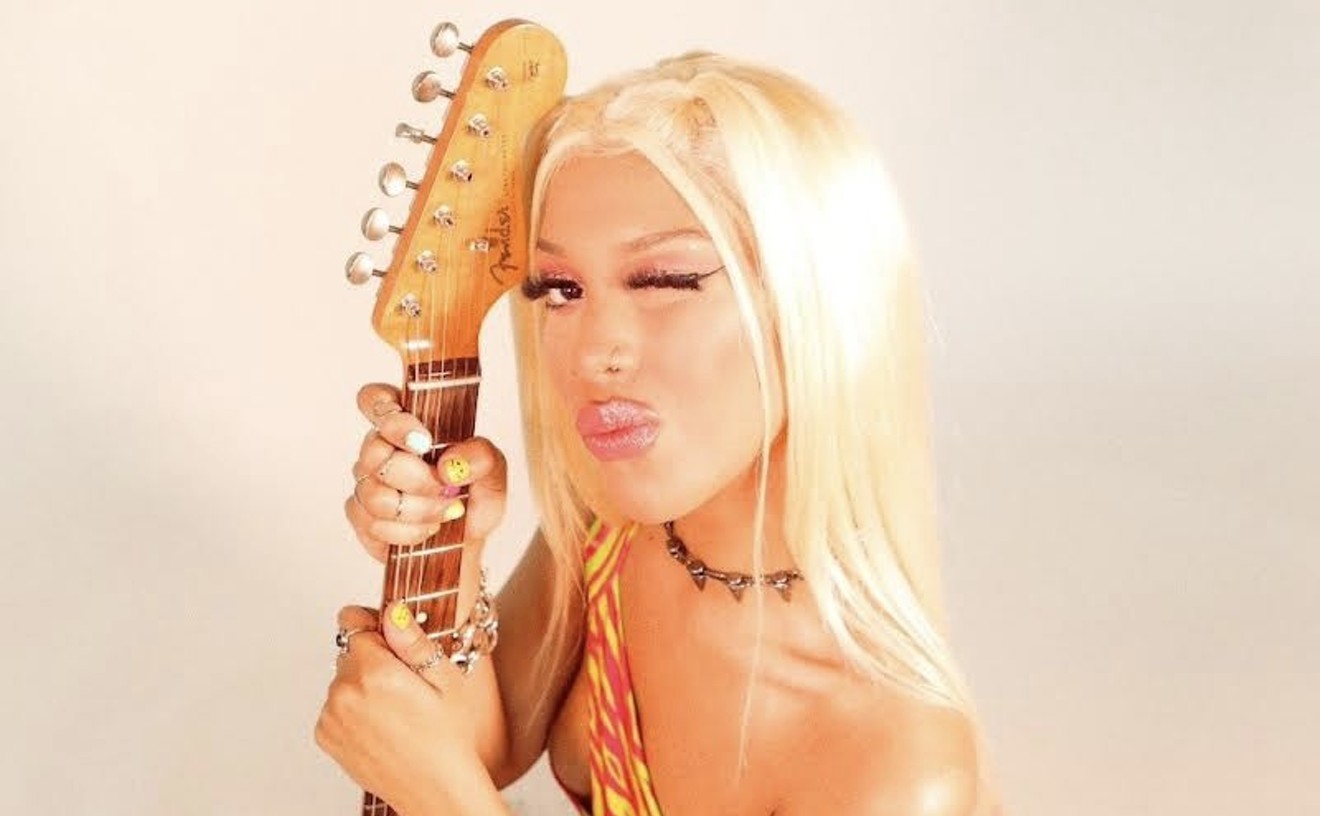 Singer-songwriter Ryahn's music has a '90s quality that TikTok teens are going gaga over these days. But far from giving off a vibe that the 24-year-old is usurping trends she wasn't even around to witness, Ryahn is surprisingly genuine. Perhaps it's her husky voice that evokes comparisons to Toni Braxton, or that she looks so effortlessly cool in a Dionne from Clueless sort of way. Now based in Los Angeles, the Fort Lauderdale native seems destined to dominate the charts if the public catches up with her. On "Happening Again," her collaboration with Miami-based collective Frut, Ryahn makes a case for chart-topper status as she frolics against a beautiful California backdrop.

Gaiya's vocals are as effortless as her style. The Miami-bred singer sounds like a soulful cross between Amy Winehouse and Celia Cruz — a lethal combination in a rising young Latin star. Her live performances are electrifying; Gaiya feels the music moving through her as she lights up the stage, to the point where it's impossible not to find yourself swaying along to the beat in your seat. Best of all are the times when she riffs vocally during a set. That's the moment you know the music has overtaken her and it's about to sweep up the audience, too. Catch the songstress performing around town at places like the North Beach Bandshell and the Doral Yard. She's also a frequent performer at Isabella Acker's Tigre Den studio. Follow her via Instagram (@gaiyaoficial) for the early word on local appearances. 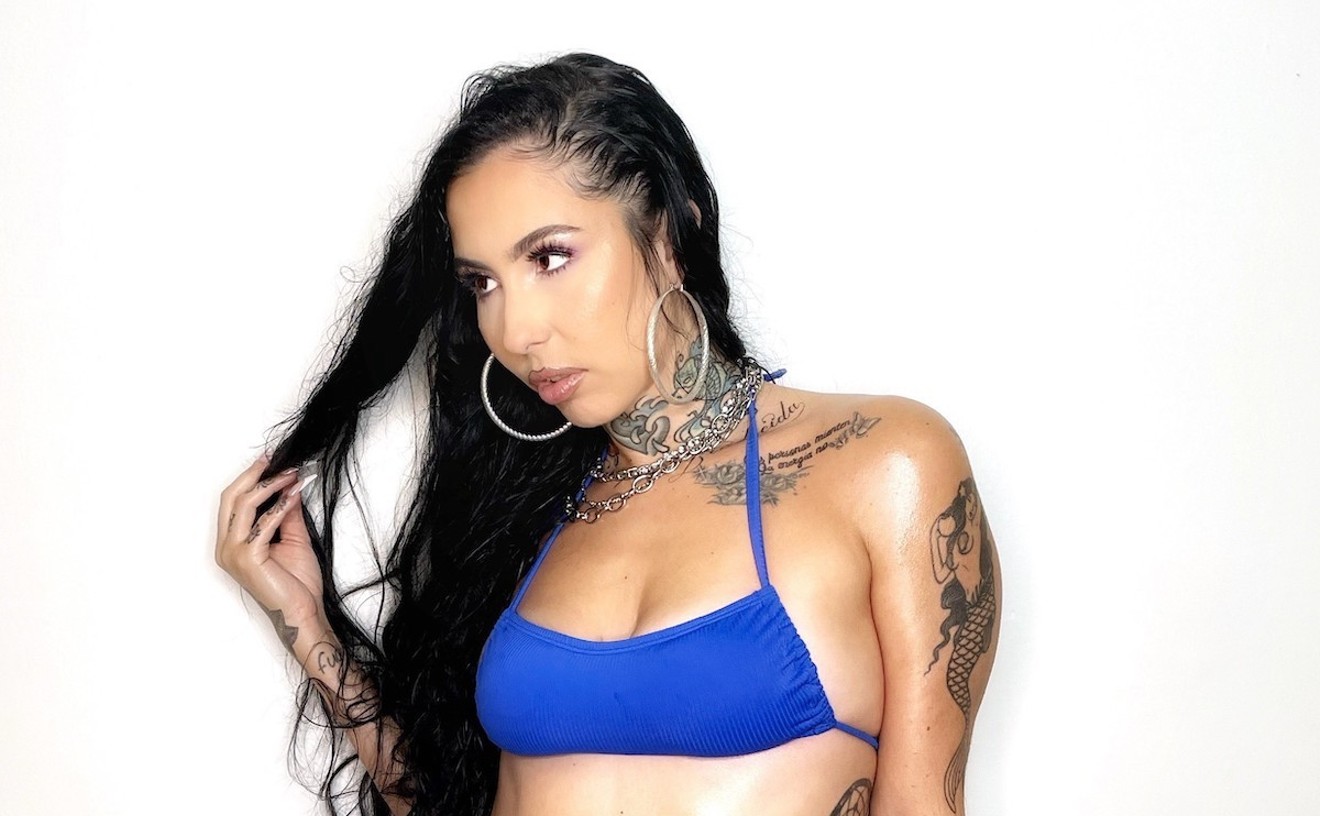 Any kid who grew up in 1990s and early-2000s Miami knows what a chonga is. It's that girl who always had her hair slicked back with industrial-strength gel in a messy bun held by a scrunchie or a big butterfly clip. She wore dark-brown lip liner, acrylic nails, and a Tommy Hilfiger windbreaker. Leave it to La Goony Chonga to keep championing chonga culture into the 2020s. She was living in L.A. until the pandemic brought her home — and thank God it did because La Goony Chonga is the epitome of "305 till I die." Of course, she's traveling the globe, performing across the U.S., Europe, and Latin America. She has earned props from Latin music icons like Ivy Queen and Rosalía. And her recent video for "Chongivity Activity" — shot in Miami (AKA Chonga City) — features a cameo from Miami's original viral chonga sensation, the Chonga Girls. 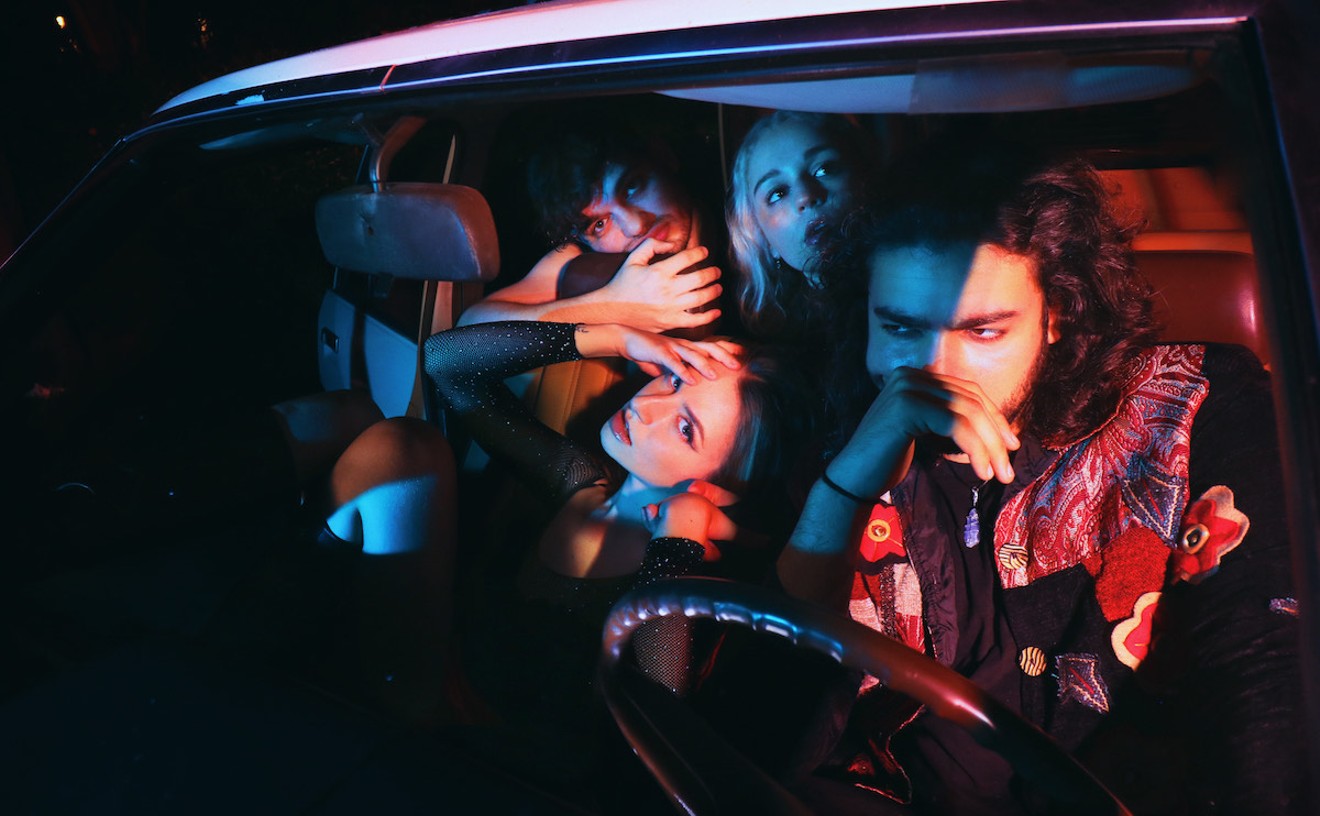 Self-described as a loud and messy rock 'n' roll band, Bruvvy has risen quickly to the top of Miami's rock scene. In fact, in April 2022, the quartet opened for Bon Jovi when the band stopped at the FLA Live Arena in Sunrise. Frontwoman and guitarist Liz Varum's vocals are mildly reminiscent of Tragic Kingdom-era Gwen Stefani, with a dash of "I Love Rock 'n' Roll" Joan Jett. And while the term "underground band" sometimes sends people scurrying back up the aisles, know that Bruvvy delivers unadulterated alternative and hard rock. When they aren't opening for Jersey rock legends, you can find them performing at venues like Las Rosas, PoorHouse, and the Bridge. 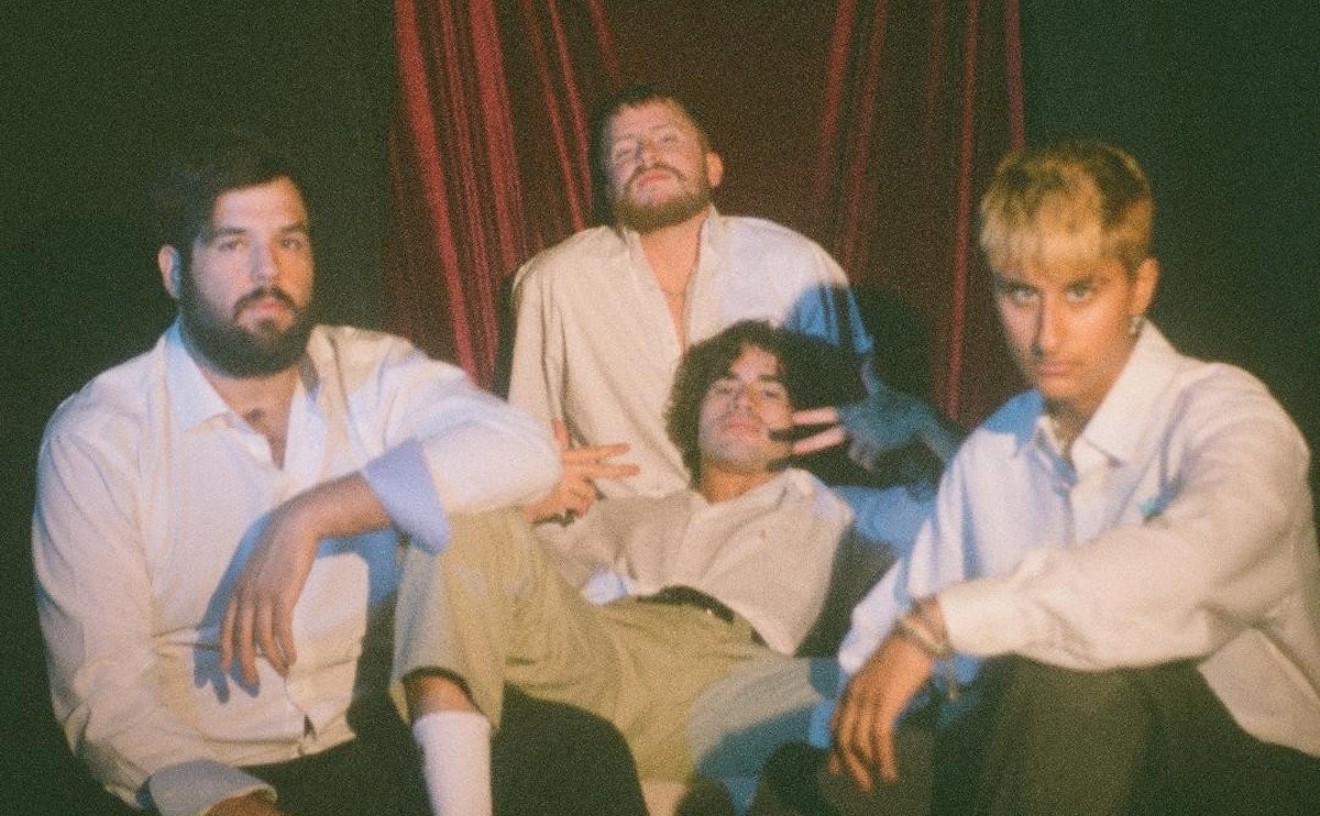 Uniting in Kendall during the pandemic's most monotonous days, the four members of Frogs Show Mercy bonded over a mutual passion for Midwestern emo and late-20th-century indie rock. Singer/guitarist Yucky Poor, drummer Javier Nin, bassist Karl Martinez, and guitarist Laz Matus utilized their boredom and restless hearts to create loud, rhythmic art. Over the past year, they've put out a series of four singles that, depending on your mood, could inspire you to dance, cry, or aggressively kick over a chair. "Hereditary" is a catchy track in its own low-key and lo-fi manner. "Echo Park" betrays an experimental, loungey dive-bar vibe, while "Love Witch" releases that bottled-up frustration we've all been feeling. The foursome's latest single, "PTSD," is perhaps their most epic, with an eight-minute running time that allows the listener to experience a range of emotions. 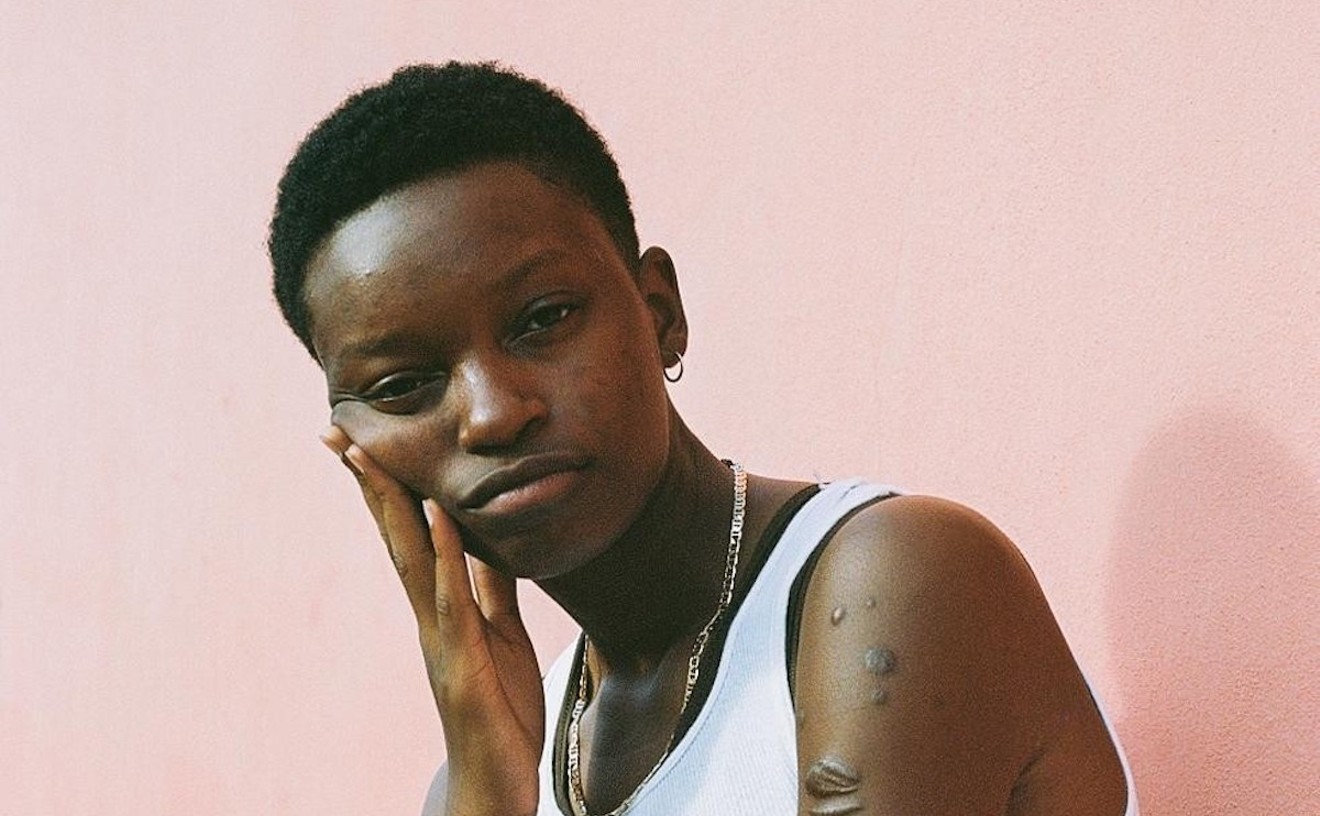 At the ripe old age of 21, Mikah Amani has already put out an EP and a full-length LP that embody a beauty and maturity that belie the singer-songwriter's years. Released in March, The Hooded Crow featured a dozen songs with probing lyrics and stunning instrumentation. Written and recorded in Miami while taking a leave from his creative-writing studies at New York University, Amani sings and plays guitar with the quiet, introspective vibe of a 21st-century Tracy Chapman. Many of the lyrics deal with Amani's experiences as a member of the LGBTQ+ community, whether dealing with unrequited queer love or coming out to a father who doesn't understand him. The beautiful thing about expressing these experiences through soulful music is that it allows personal struggle to be understood universally — by anyone.