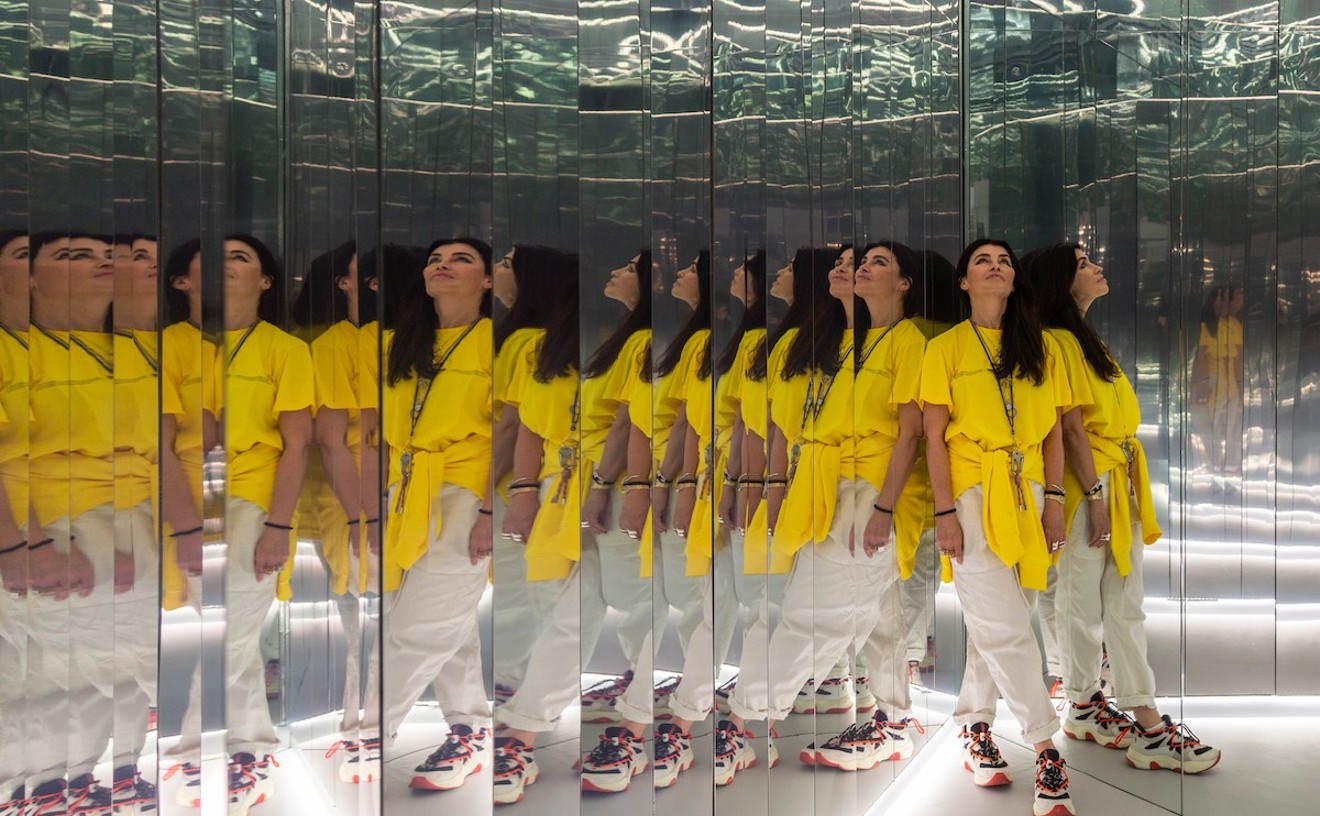 If you've ever wondered what it would be like to float through the clouds, Superblue is the place for you. It seems like Miami is the newest hot spot for immersive art, with traveling experiences popping up nearly every month — many of them zeroing in on Van Gogh, but whaddayagonnado? If you're new to immersive art, think of it as an exhibition that allows visitors to view what's on display from inside it. (It's also the art that looks really cool on your Instagram page.) Thankfully, rather than skip town after one show, Superblue opened its magical doors to the public this spring and stuck around, having chosen Miami as its first location. Visitors can float through the clouds, get lost in a maze of mirrors, or look up at a breathtaking floral installation that hangs from the ceiling. Don't know anything about art? Don't worry! Rather than a traditional museum where you're surrounded by "masterpieces" you're supposed to gaze at in ignorant awe, Superblue invites you to create your own experience. 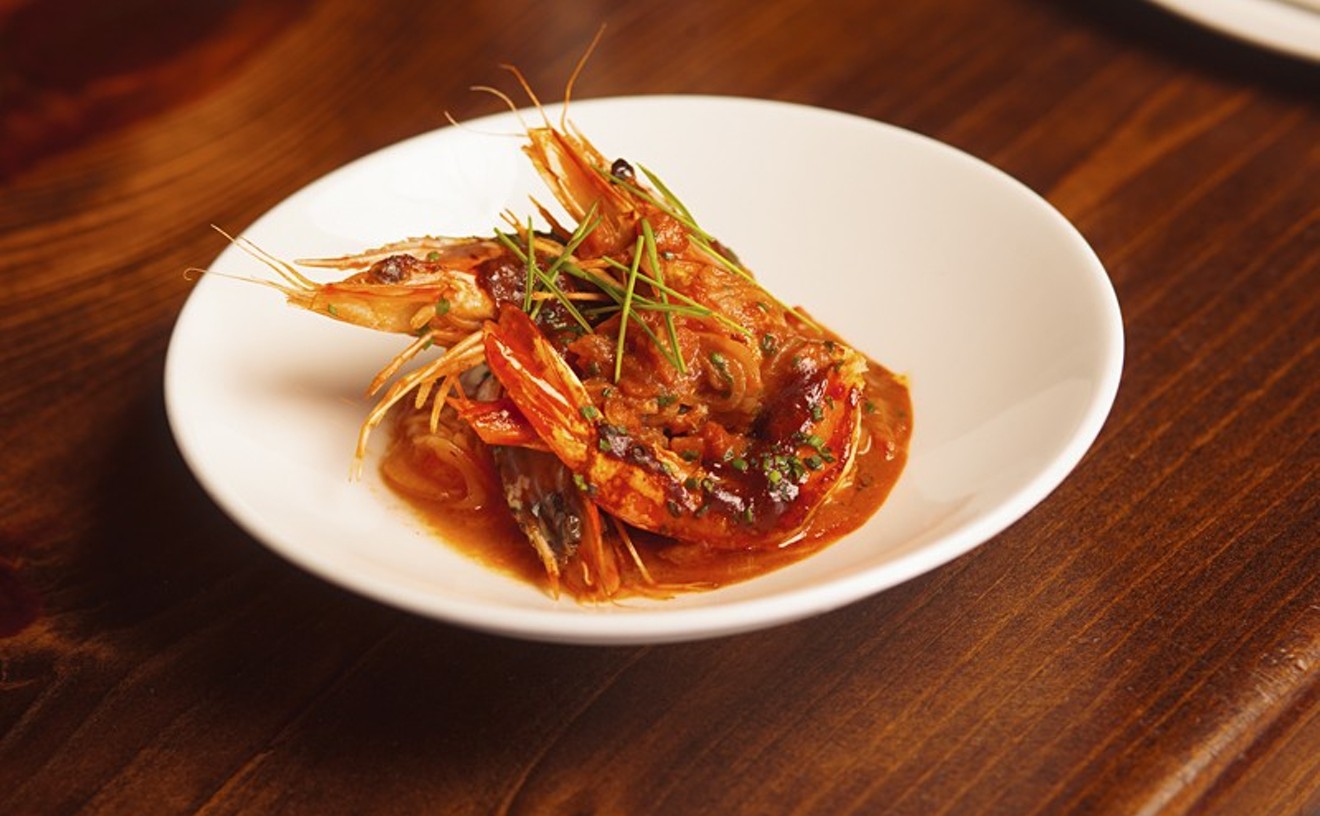 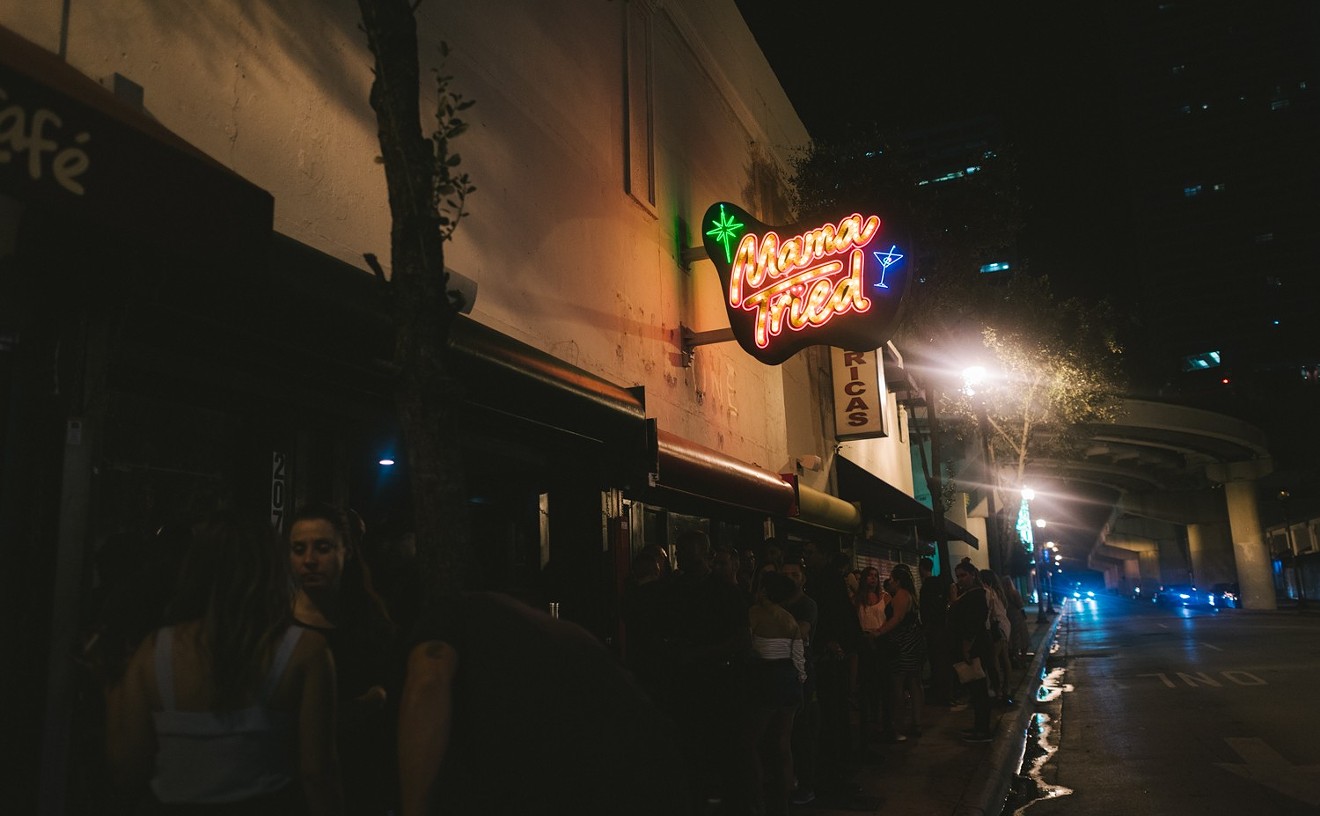 Honestly, who knew it was even remotely possible to have a night out in Miami Beach for $25 — and during a Pride event, no less? The 2021 Miami Beach Pride Bar Crawl, which was presented by Miami Beach Pride organizers on June 16, made that happen. Twenty-five bucks got you a drink at five of the area's most-frequented LGBTQ watering holes: Gaythering, Axel, Nathan's, Palace, and Twist. For plenty of folks, the month of June marked the first time in more than a year (thanks, COVID!) that people felt comfortable enough to venture back out socially into the bar scene. Attendees drank, danced, and drank some more at each of the five bars. The well-attended crawl attracted a diverse crowd from across the LGBTQ community, making for a refreshing deviation from a usual night out surrounded by mostly cisgender white gay dudes. Simply put, the Miami Beach Pride Bar Crawl is one hell of a party. 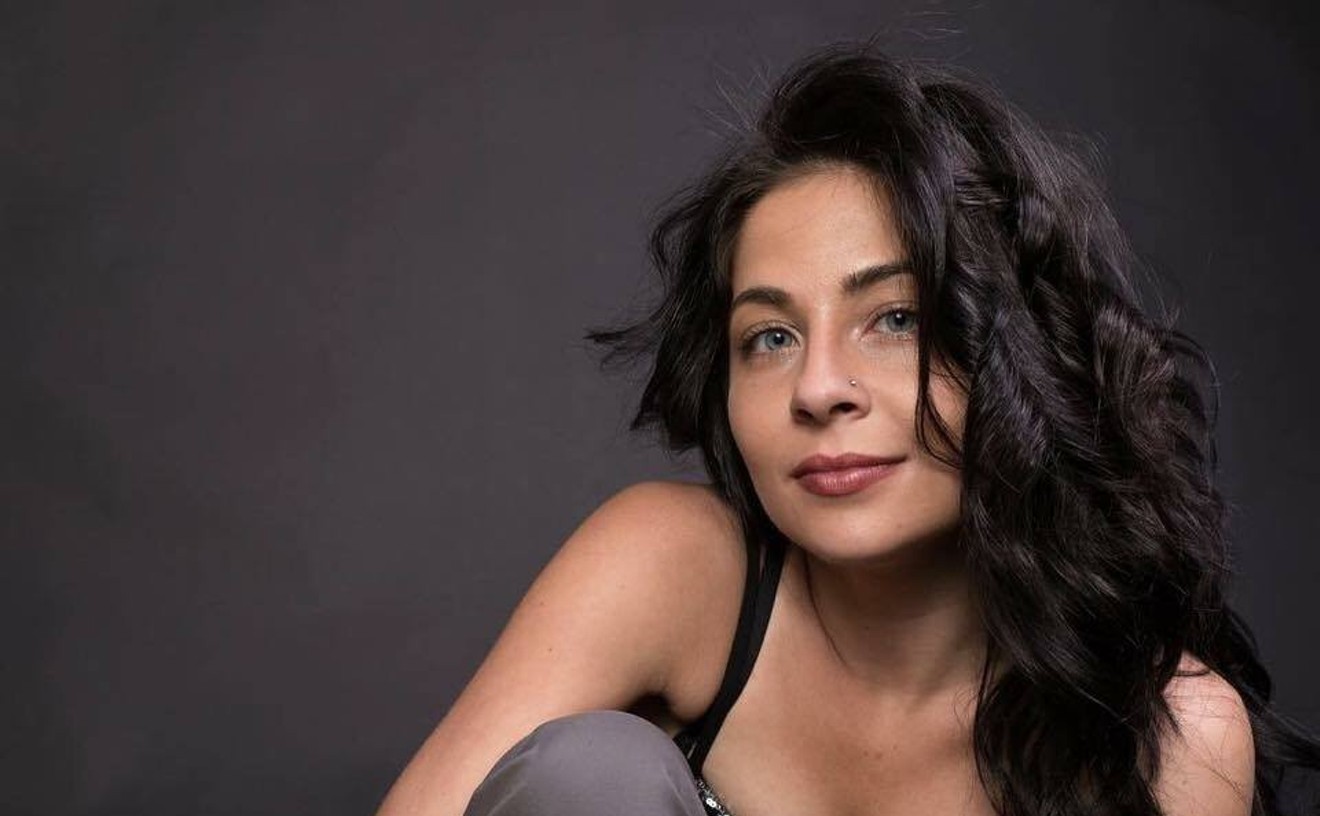 You've heard it before from some New York transplant, or worse, a tourist. Miami is NYC's "sixth borough." It's patronizing, it's soul-wearying, and it minimizes how culturally significant the Magic City is in its own right. It almost makes you want to denounce all the great things we have here that got their start in New York, like the Russian & Turkish Baths, Smith & Wollensky, and Brittany Brave, the hardest-working comic on Miami's stand-up circuit. Brave has been performing, seemingly nightly, from South Beach to Boca Raton, since moving to Florida last fall. Her sets are frenzied blends of self-deprecation and feminism, with a healthy smattering of raunch intertwined throughout. Her crowd work is natural, playful, and (mostly) kindhearted, aside from instances of putting hecklers in their place every now and then, which she accomplishes with admirable tact. It may be painful to give this honor to someone who made a name for herself in the Big Rotten Apple™ — but hey, she did grow up in Kendall.

Fanatics make a point to visit jazz clubs in the South and Northeast that were revolutionary decades ago. They sit in dusty rooms, pay too much for cocktails with too little booze in them, and fight the boredom that comes with watching old cats trying to replicate the traditional sounds that they, and the rest of us, though afraid to admit it, are a little tired of hearing at this point. They ought to take themselves to Little River, where, hidden among quaint old houses and warehouse spaces is a sprawling jungle called the Center for Subtropical Affairs. A nursery and "ecological learning center" by day, this botanical serves up cutting-edge live music, original cocktails, and a plethora of Instagram-worthy backdrops by night. It feels like you discovered something when you walk into the place, which at first glance looks to be some guy's backyard. But it's not. Every Thursday is Jazz Night, which draws some of Miami's finest musicians. The place is huge: You can easily find a spot to sit and chat with friends or mack on your date without being a jerk and interrupting the performers. Or, you know, you could find a seat near the stage and have your mind melted by the crazy sounds Miami's jazz kids are concocting these days. 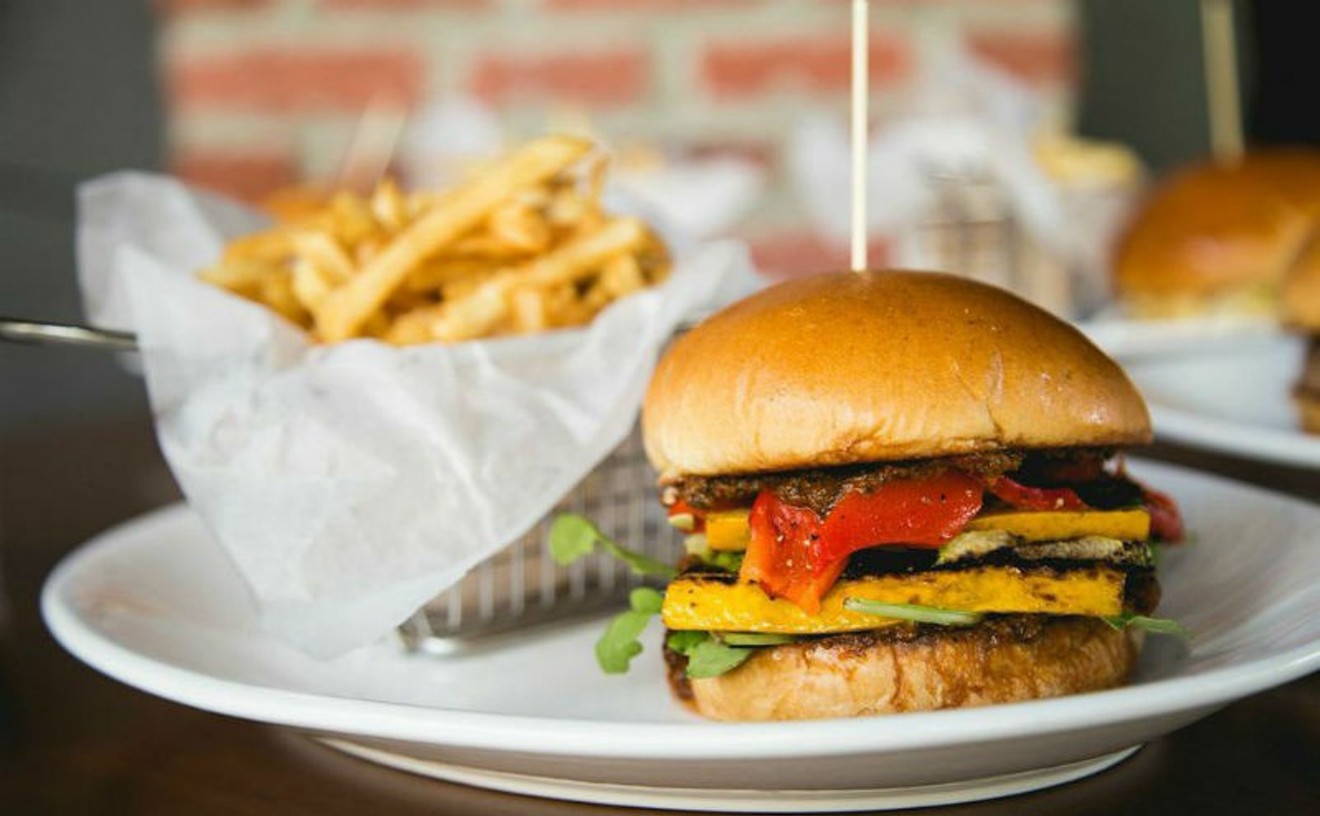 We all love a good ladies' night. But when ladies' night leads to a dreadful office hangover the following day, it's not worth it. That's why our pick is Batch Gastropub, where ladies' night falls on a Friday – a night you can responsibly get hammered with the workweek behind you. Batch's "About Last Night" party keeps the complimentary drinks flowing for ladies from 10 p.m. to 1a.m. Additionally, groups of six or more gals receive a complimentary bottle of bubbly — but make sure contact the venue in advance for the extra perk.

Miami is home to a dizzying number of fiercely talented drag performers, many of whom have gone on to cultivate nationally recognized brands —which is why it's all the more impressive when you can separate yourself from the pack. Few have done so as effectively as South Beach staple Tiffany T. Fantasia. Endearingly dubbed the "Mouth of the South," Fantasia has been performing for 18 years, 17 of them at her home bar, Palace (1052 Ocean Dr., Miami Beach; 305-531-7234). "The art of drag is the art of expression," Fantasia tells New Times. "Having the ability to express myself in this form is very healing, not only for myself but it helps people heal from whatever they are going through." You can watch Fantasia (and you better have some singles on hand ready to tip) at Palace on Wednesday and Friday nights as well as during the LGBTQ bar's storied and oft-sold-out drag brunches — she performs Friday and Sundays.