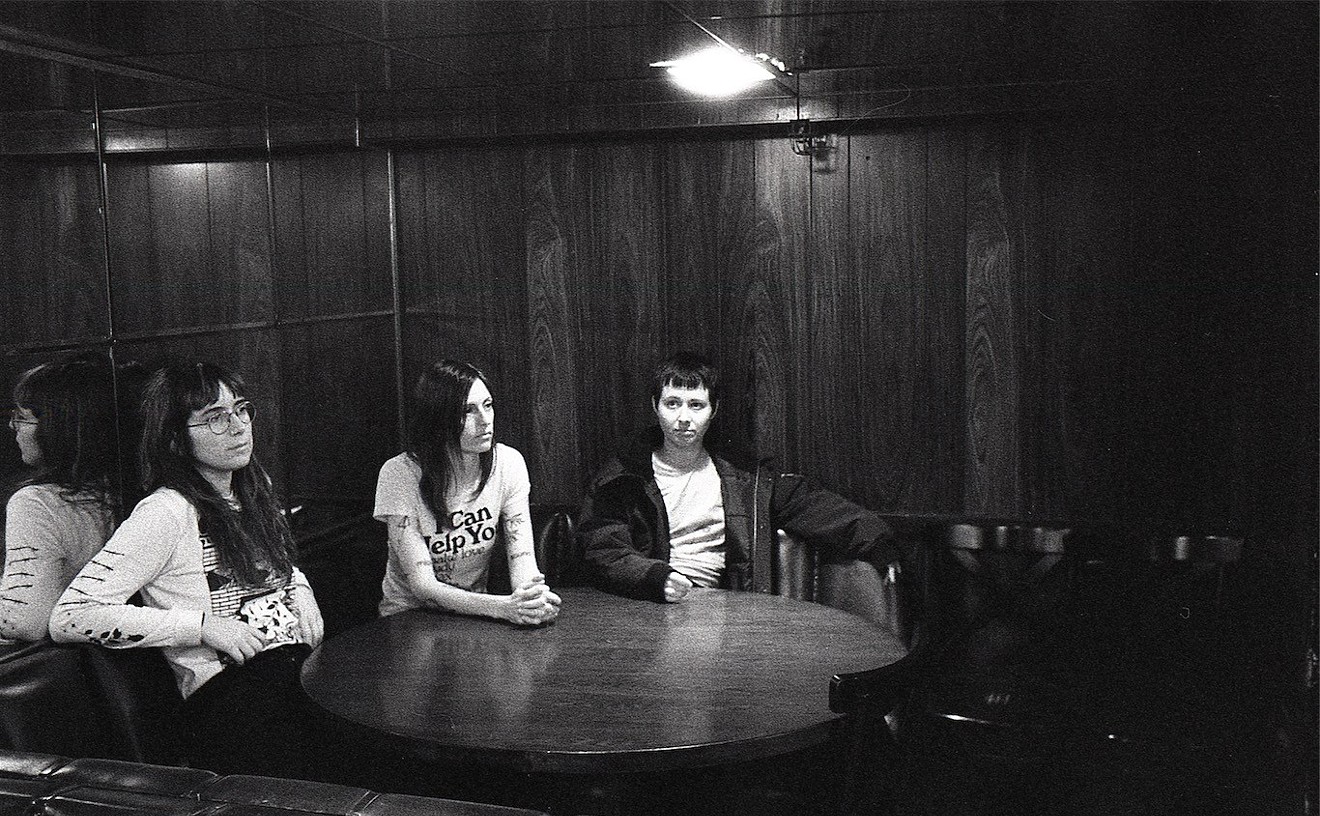 On a cloud in the depths of the 305 live the lo-fi garage pop goddesses better known as Las Nubes (formerly Smvt). Ale Campos' solo project evolved into a trio and now features Emile Milgrim and Nina Carolina delivering raw and grungy dream fuzz with '90s sensibilities. "Songs meant to be listened to on headphones while lying prostrate on the floor" is how the emerging band instructs fans to listen to its The First Three EP's + Emotional Debris on Las Nubes' Bandcamp page. The group's catchy Spanish single "QSW," from its upcoming first full-length album, SMVT — out this year on Sweat Records Records — recently landed the bandmates on NPR's alt.Latino, BrooklynVegan, and Remezcla. File under "cloud core."

Haute Tension used to rock Miami crowds as Mo'Booty, but its new name offers better descriptors of the trio's sound. The band — one of the most active in Miami's rock scene — offers equal parts surf-rock, psychedelic, and tropical rhythms on its self-titled, full-length debut. The album cover pays homage to the band's home base, with two gators seemingly kissing or eating each other's faces in the sunlight — it's all very "Florida Man." The album begins with the band's 50-second, self-titled theme song, which opens with a riotous drum fill that could be confused for a spray of bullets. From there, the band slows things down for the jazzy, trumpet-laden "Dano" and the psychedelic-blues haze of "Daily" and then perks back up to toy with tropicalia on "What Would You Say." In the end, Haute Tension accomplishes an often attempted but seldom achieved feat: bottling the kinetic energy of its live shows and putting it on wax for posterity. 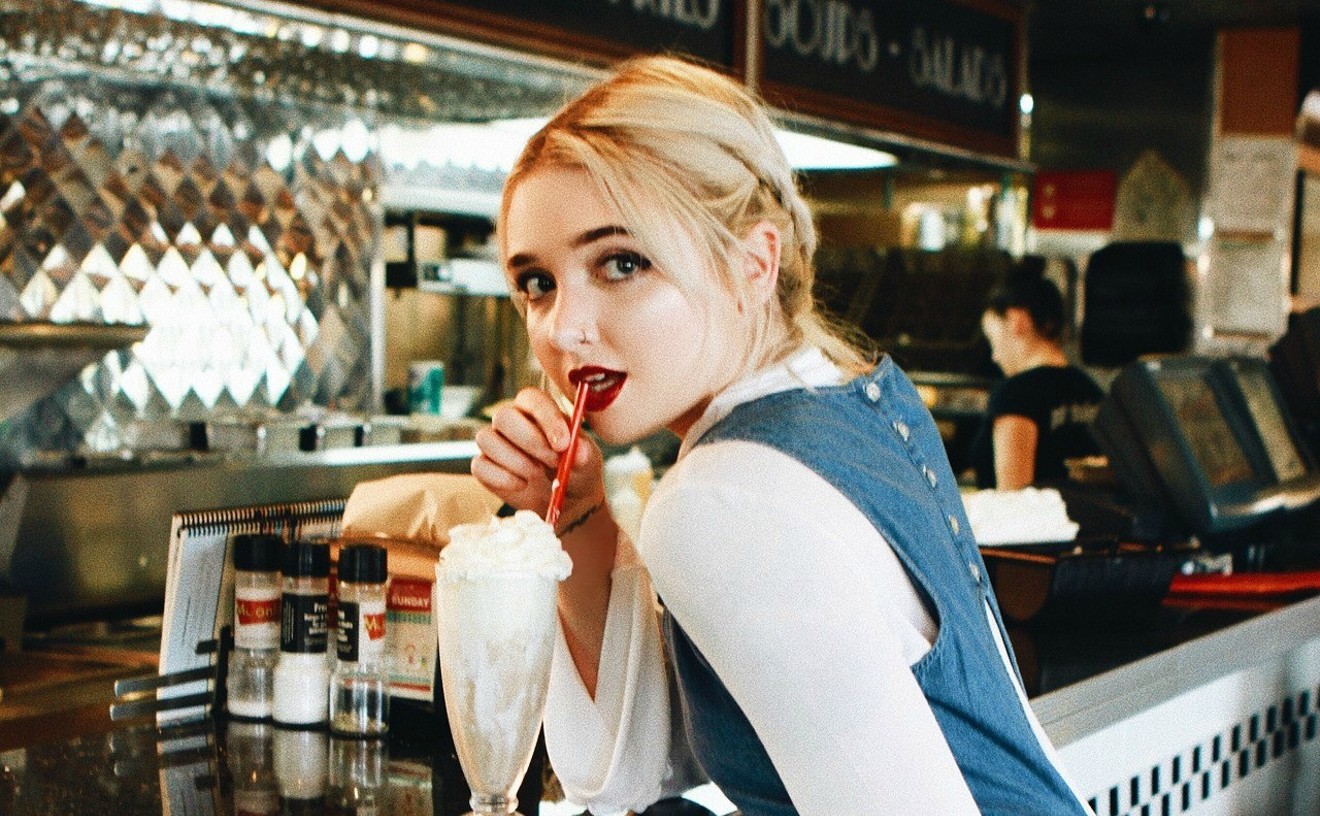 Abbey Loren's vocals glide effortlessly on her single "Winter Air." "Can you hear what they say?/About me and you, babe/They're wondering if you will fall/For me like they did back in the day/Baby, it's your call." On the song, the Fort Lauderdale singer known as Baybe — formerly known as Love, Abbey — channels equal parts Lana Del Rey and Gwen Stefani. But fast-forward to her latest cut, "IKYMM," and she's more like Ariana Grande. That is to say, Loren, who is in the early stages of her career, is still experimenting with her sound, but her vocal chops are unquestionable. And if South Florida already birthed one pop-vocal powerhouse, who's to say it can't do it again? The odds are definitely in Loren's favor. She grew up around music thanks to her parents, who own 42nd Street Recording Studios in Oakland Park, where her father is a sound engineer. "[My dad] was always very harsh on me with pitch and tone and really trained me to be a well-rounded musician," Loren told New Times in 2018. Well, it seems like that tough love paid off. 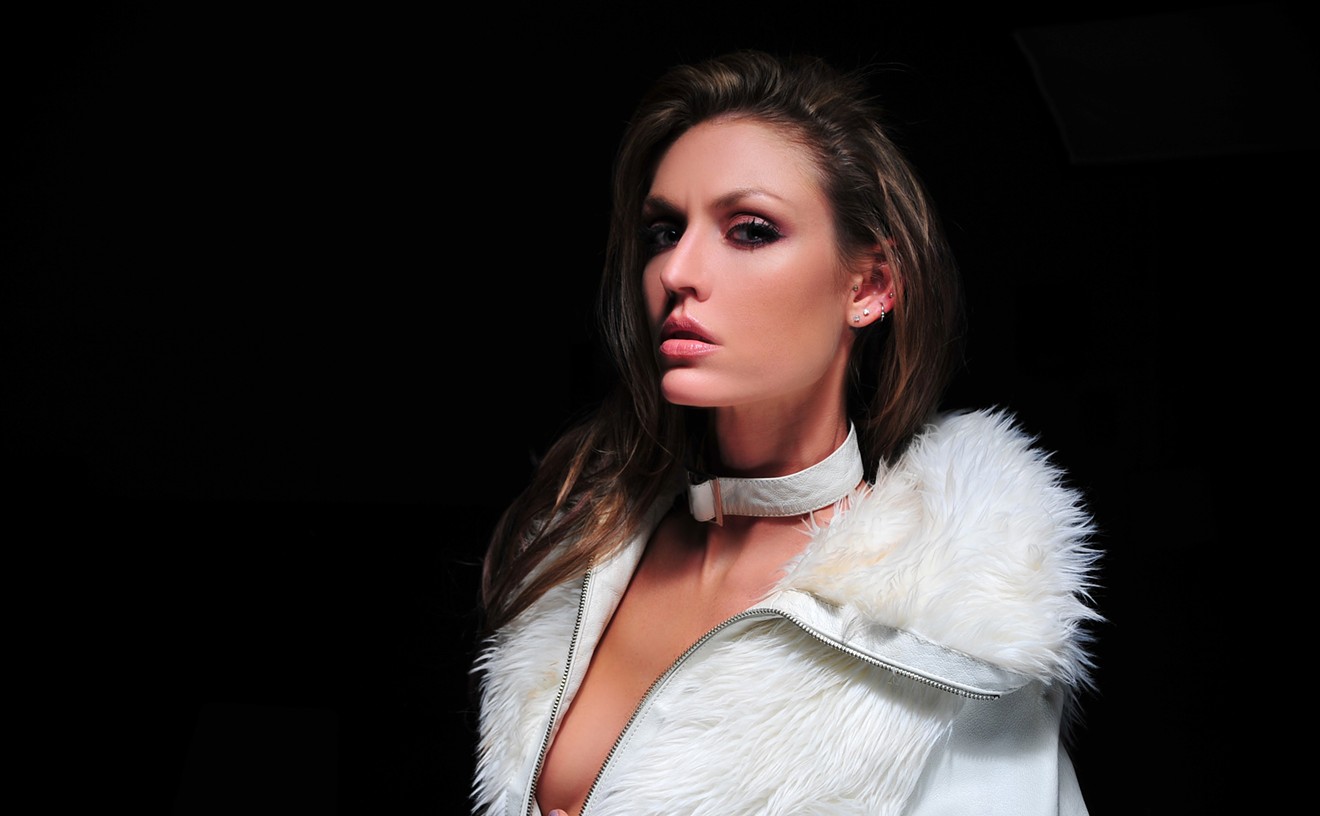 Singer-songwriter Megan Morrison has played in her fair share of local bands, including Dorothy's Surrender and Revolver, but in 2019, she stepped out into a new genre all on her own. The first hint she was headed in a new direction came in March, when Morrison released "Warrior Woman," a collaboration with beatmaker Miichii. Just a few days later came her solo track "9 Lives," on which the operatic vocalist keeps her vocals midrange to sing about overcoming dark periods in her life. "Now that I'm living peacefully/No one can take that away from me," Morrison sings as her voice floats stoically above the beat. She could be singing about the past substance abuse she's been open about in interviews. Or perhaps she's singing about overcoming the fear of navigating the ups and downs of the music business as an independent artist. No matter the inspiration, Megan Morrison is crafting songs almost anyone can relate to. 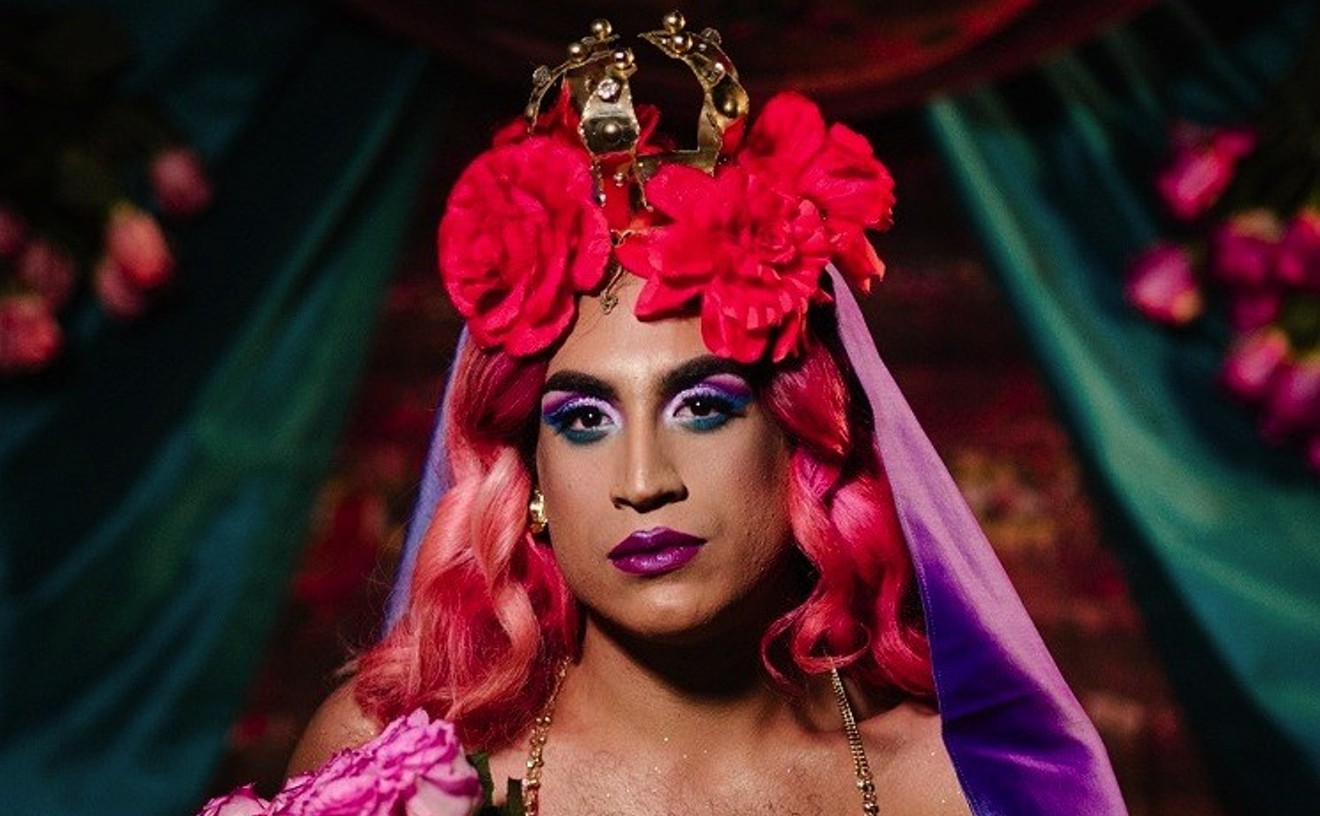 Miami boasts a plethora of great DJs who spin hip-hop, house, disco, and many other genres — hell, there are even some great open-format spinners too. Every once in a while, you'll encounter a great DJ in the making, the kind of sound selector that has the potential to make an impact. Nobody seems to be better equipped to be the city's next big thing than Gami — that's if only the major clubs would book her. Often relegated to spinning at underground warehouse parties and queer events, Gami has a sound that often feels like a Tumblr page come to life. Her sound isn't for everyone, but it's hard to deny it's forward-thinking. If you caught her set during the Boiler Room's Art Basel party at 1306 last December, you witnessed a DJ who is reclaiming dance music's queer roots while adding sounds that represent her Latinx background. You can't help but feel she's sonically ahead of the pack. It's time to catch up, Miami. 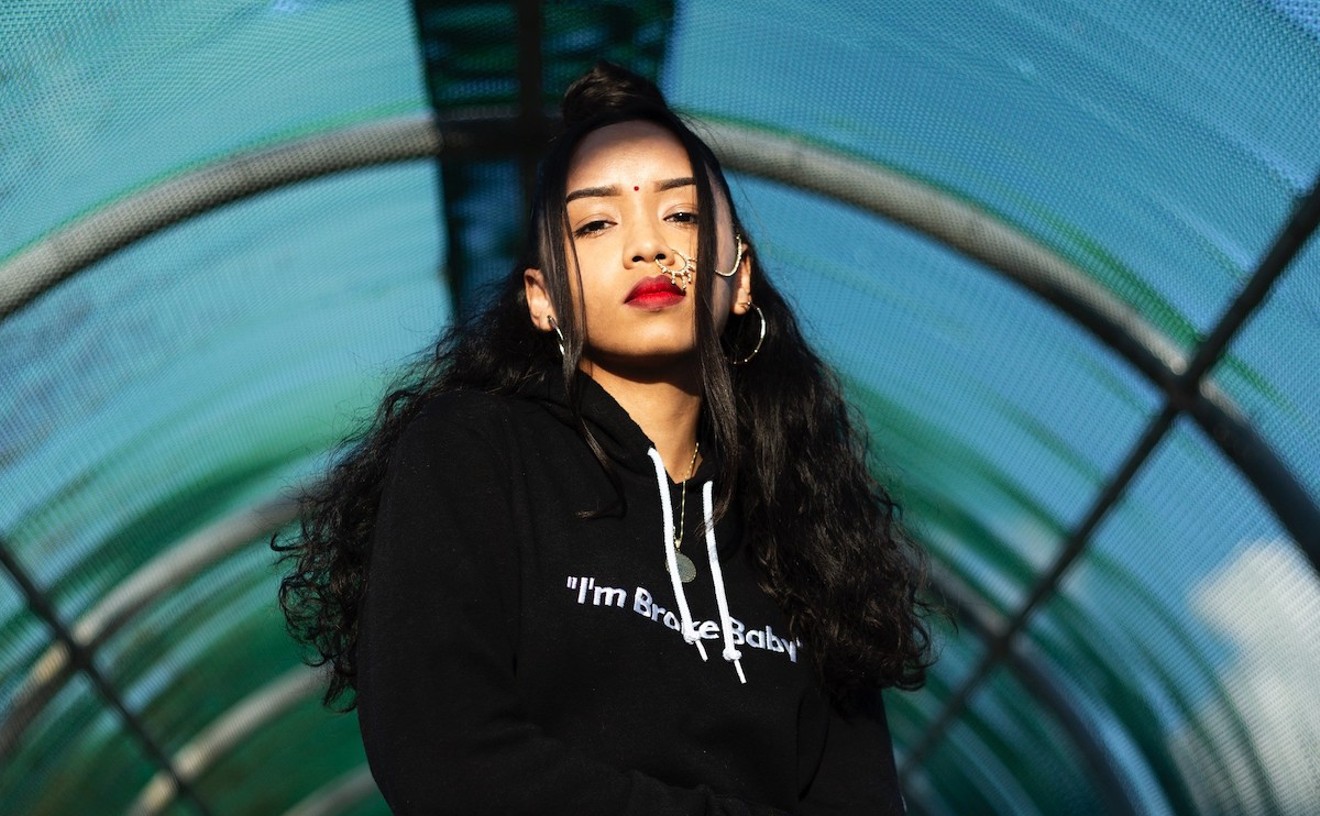 R&B has enjoyed a resurgence in recent years as new artists remix the basic elements of the genre — soulful lyrics, sexy rhythms, and a helping of heartbreak — with modern messaging and attitude. Nil Bambu, with slow-dance tracks that highlight the clear, whispery tones of her voice, is no exception. And on her 2019 single "Right There," she adds some feminist revenge to the mix. Lyrically, the song is a seduction, with a chorus repeating, "I wanna kiss it right there/I wanna touch you right there, right there, right there." But its video imagines Bambu as a spy who's double-crossed by her partner — with deadly consequences. Watch it; then listen to the song again and hear the double meaning in lines like "Call me crazy, crazy/You know I'm crazy, crazy" and "I would never disrespect you, no/Baby, I just gotta check on you." This is the evolution of R&B we've been waiting for. 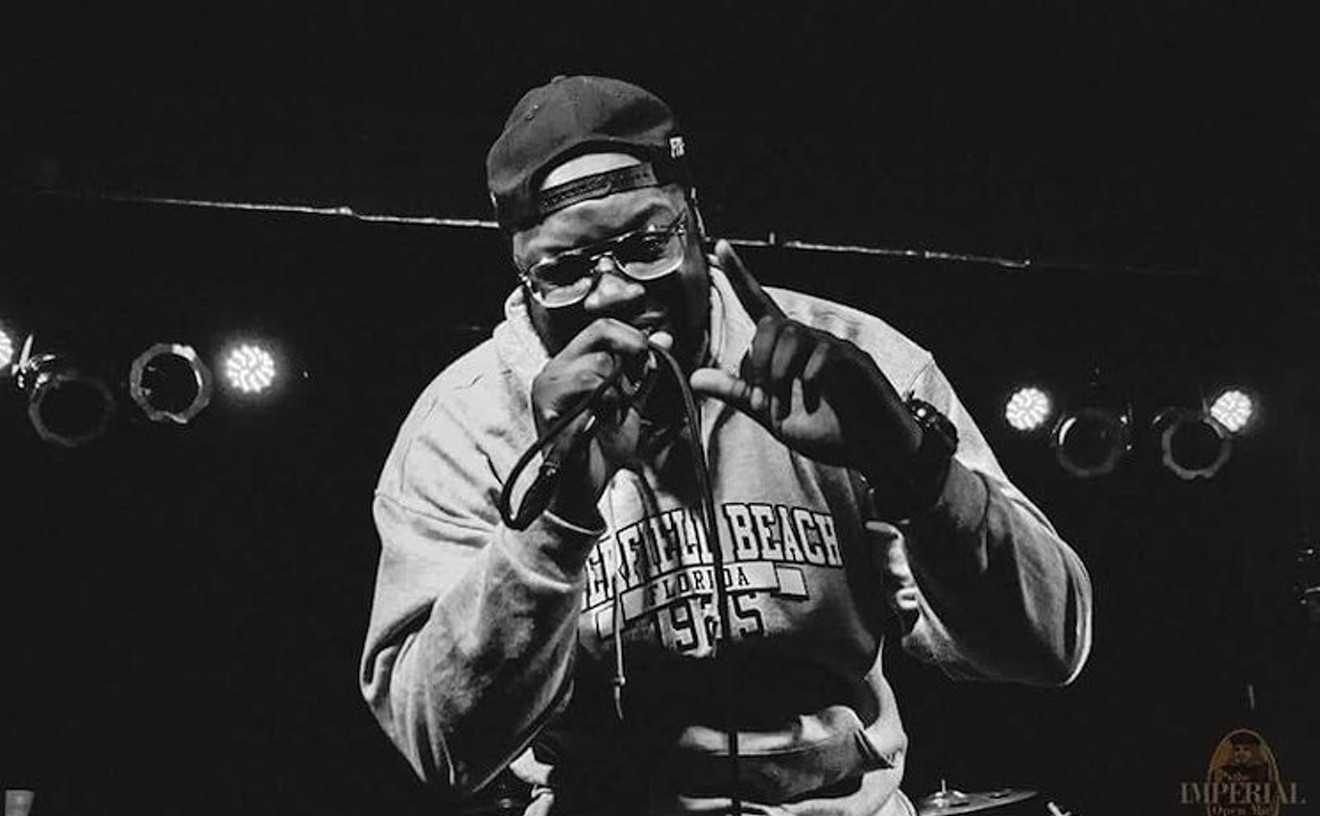 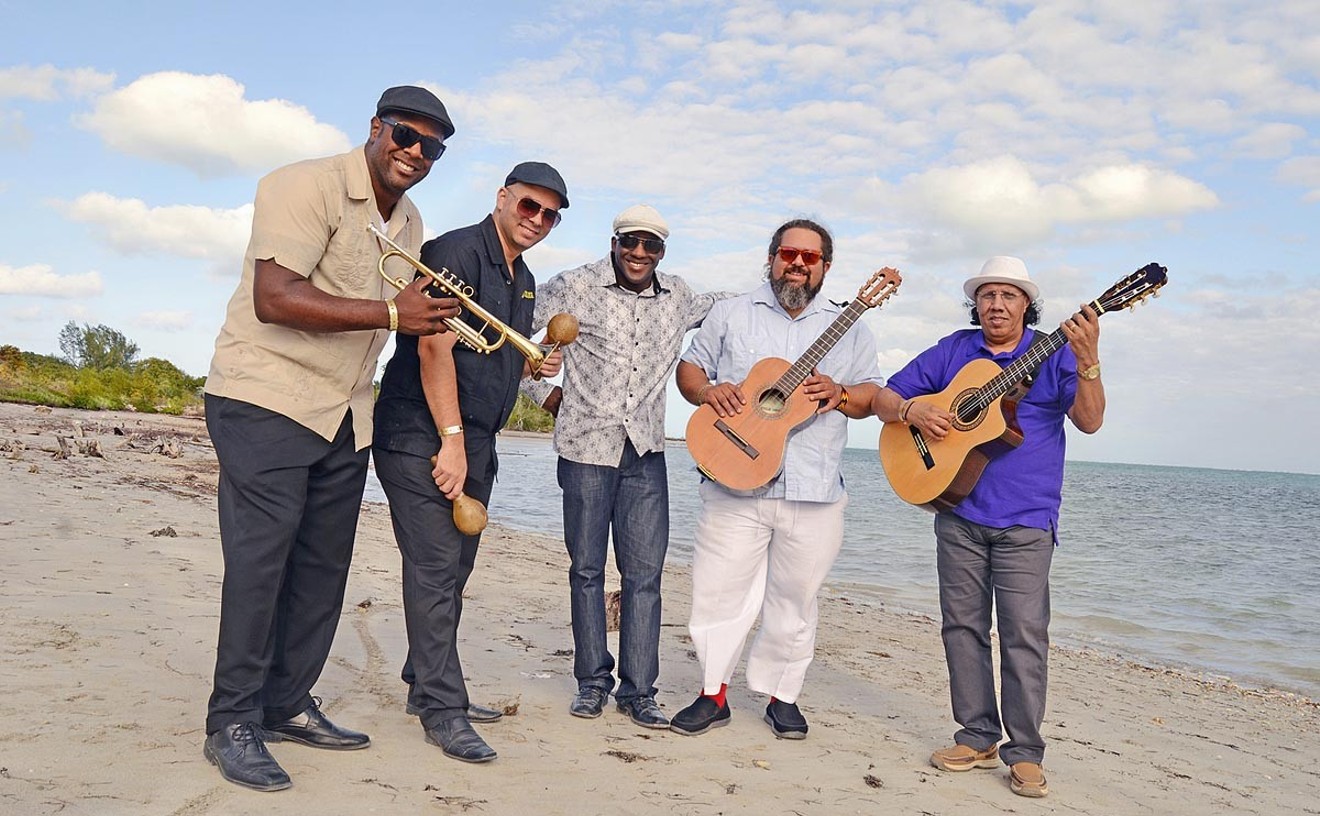 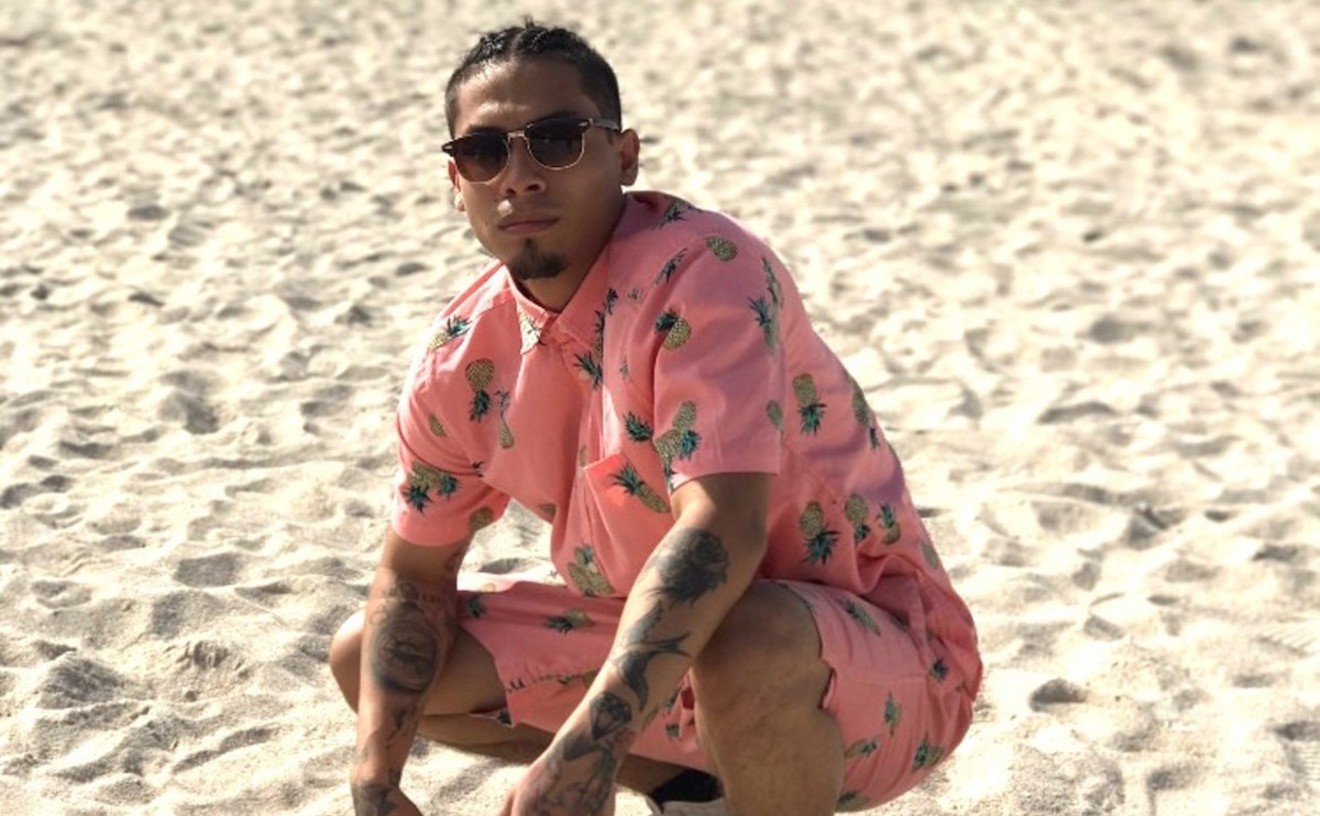