Goran Dragic is a load-bearing beam that keeps the Miami Heat's house standing tall. Despite a seemingly never-ending number of changes happening around him, Dragic has been a team mainstay since 2015, when he was traded to the Heat from the Phoenix Suns. Last season, Dragic was pegged to lead the team after Dwyane Wade became a free agent and went on to sign with the Chicago Bulls. The duo's reunion and a better-functioning team elevated the Heat to the sixth seed in the playoffs this year, and Dragic's steady play and incredible work ethic paid off in another big way: He made his first NBA All-Star team this year. His average points per game declined from 20 last season to 17 this year, but that's partly because he's become a facilitator for other Heat scorers who have emerged this season. Dragic's ability to put his ego aside and fill the role that's needed from him at any given moment is his greatest strength and an asset to the team. 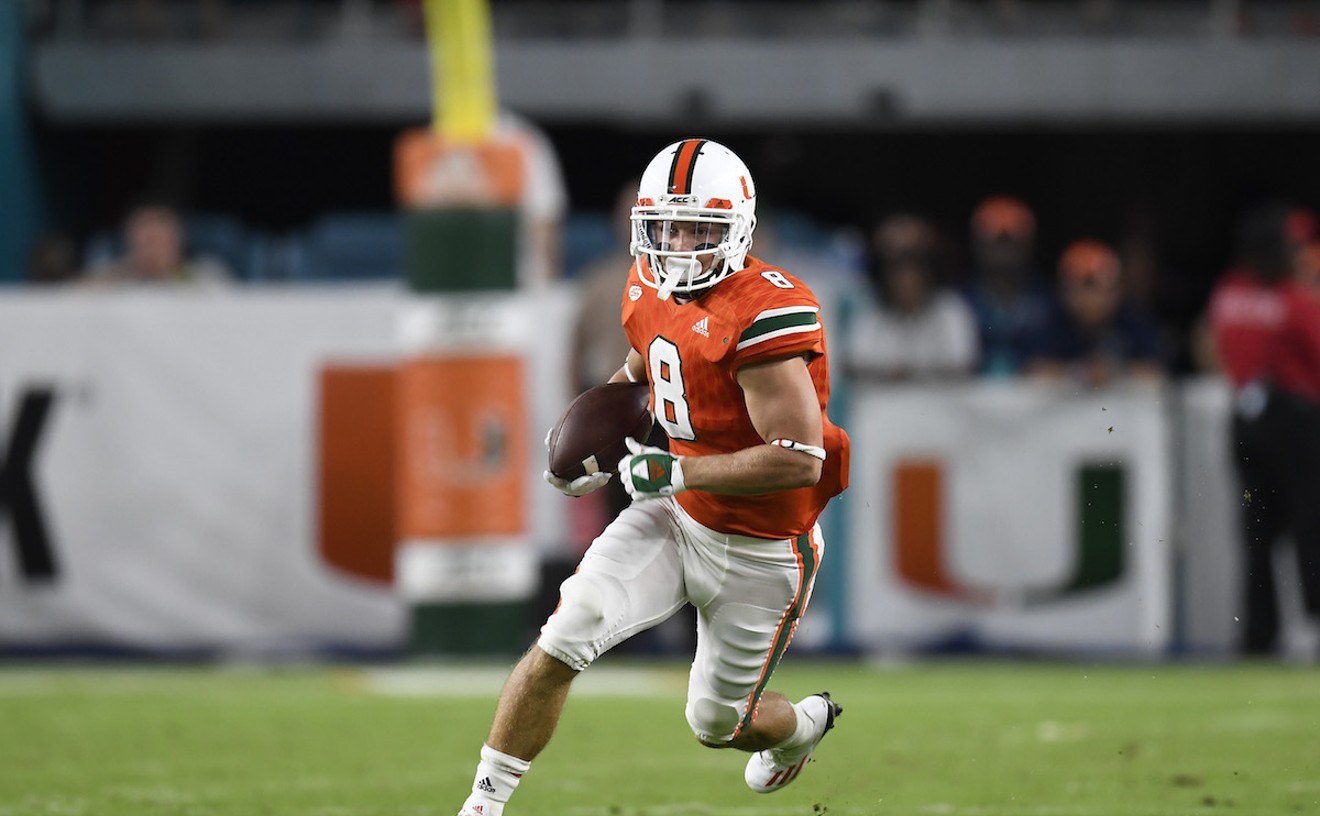 You know how the old sports cliché goes: Big-time players make big-time plays in big-time games. Based on his performance last season, Braxton Berrios definitely fits the bill. He pulled in nine touchdowns and 55 catches last fall with the Miami Hurricanes, and all of those plays were consequential. From scoring TDs to beat Notre Dame, to snagging third-down grabs that extended game-winning drives against Florida State, to making in-your-face touchdowns against North Carolina, Berrios was a beast in his slot in 2017. And beyond the stats, he added something the team lacked in recent years: swagger. The Hurricanes invented swagger, but Berrios brought it back. This fall, after a stellar career in Coral Gables, he'll take his talents to the New England Patriots. 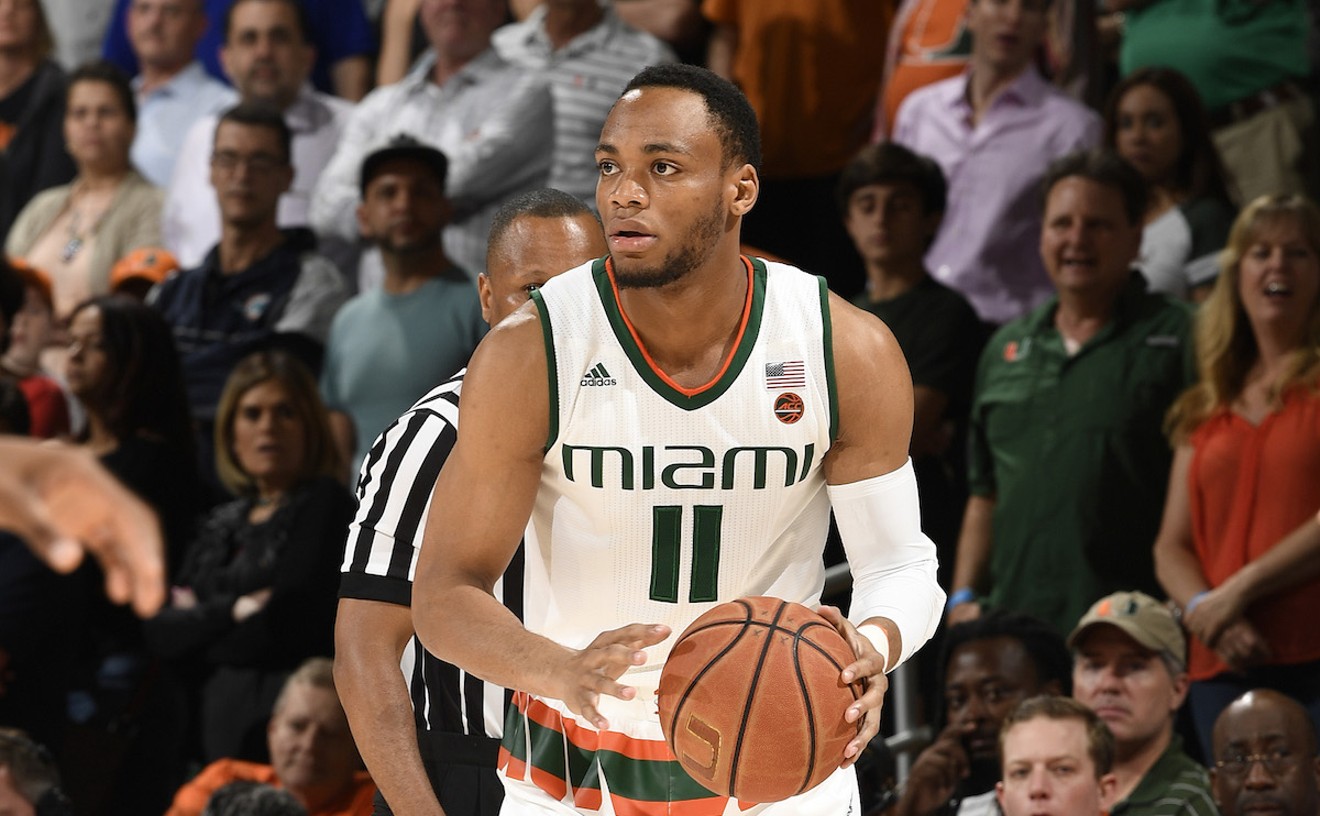 The Miami Hurricanes had an up-and-down season last year, and many of the downs can be traced to one incident: the loss of Bruce Brown to a foot injury in late January. Up to that point, Brown had been a beast on the field. He led the team in rebounds per game (7.1), assists per game (4), and steals per game (1.3) while clocking in second on the team in points per game (11.4). Soon after the season ended, Brown declared he was ready for the NBA and decided to forgo his final two years at Miami to become eligible for the draft. But Brown's season (albeit abbreviated) and the Hurricanes' success before his injury and after his recovery are testaments to his talent and indicators of his potential for greatness on the professional circuit. 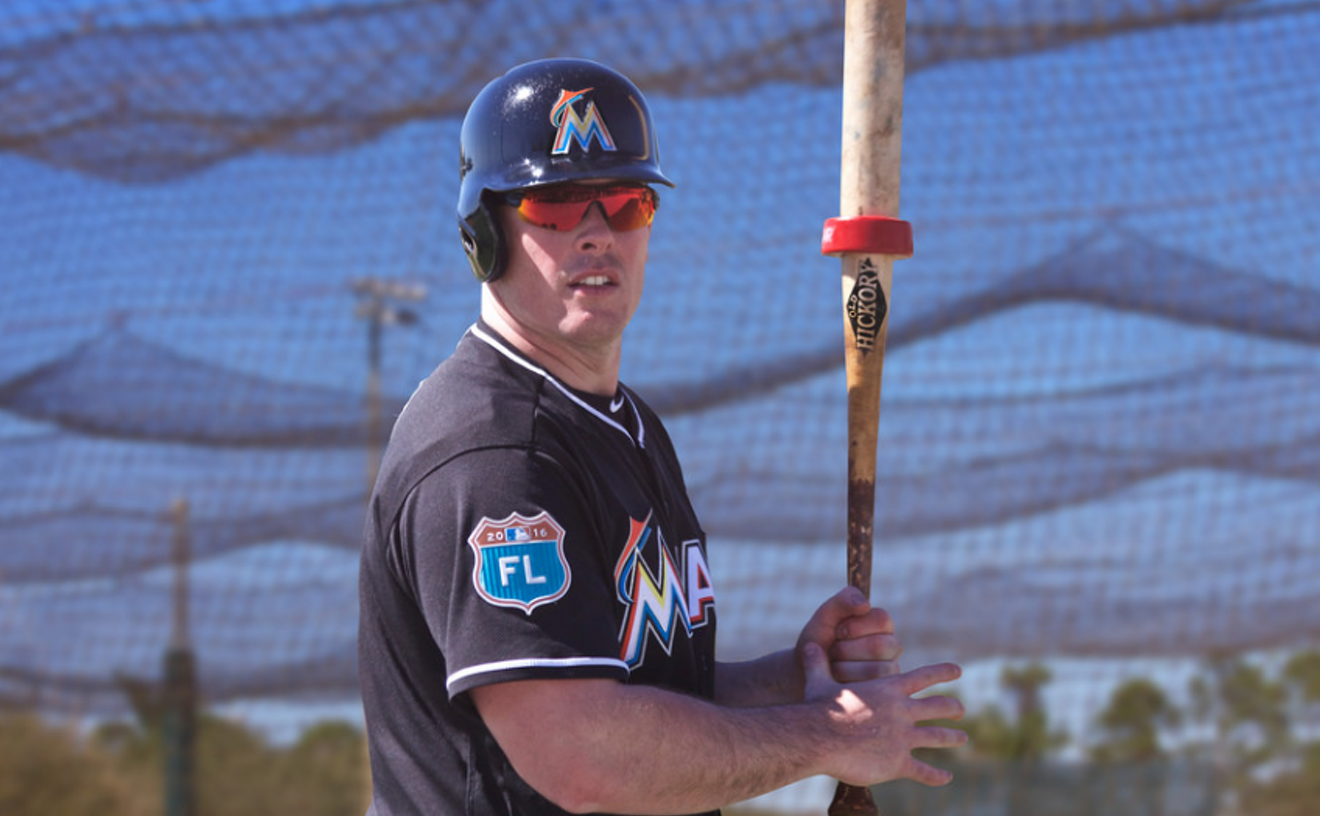 He's the last man standing after a year of painful trades and new ownership for the Miami Marlins. First baseman Justin Bour, along with catcher J.T. Realmuto, now lead the team in tenure, and Bour has risen to the task of elevating a sorely depleted team. He played his greatest season as a pro in his fourth season with the Marlins, when he hit 25 home runs and 83 RBI to go with a .289 average. If the Marlins are to be competitive this season, Bour must outperform those numbers. But with few stars left to latch onto, Marlins fans have rejoiced in the fact that Bour stuck around to see the rebuild through. With young stars coming down the pipeline, he'll be tasked with leading the team for the foreseeable future.

The Florida Panthers are loaded with young talent, but their best player is a future Hall of Fame goaltender who'll turn 40 next season. Roberto Luongo is more than just a clutch net-minder; he's the heart and soul of the Panthers franchise. On a team otherwise in flux, his steady hand in the net and calming veteran influence in the locker room have been driving forces behind the maturation of players such as Aaron Ekblad. Luongo has been there to balance the emotions of a team that has a tendency to oscillate violently between winning and losing streaks. 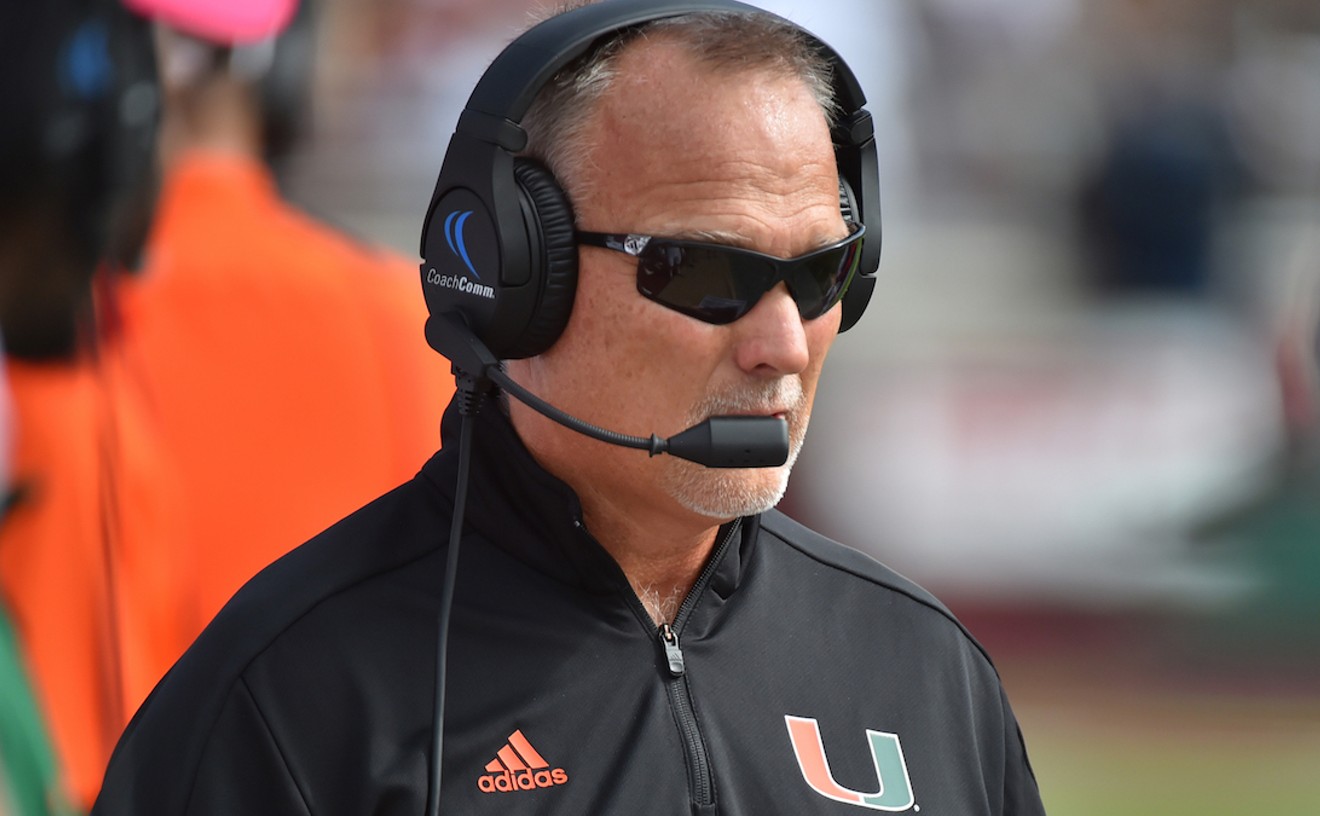 Clemson had just scored its third touchdown of the first quarter when furious orange-and-green-clad fanatics began streaming out of Sun Life Stadium. By the end of the game, only a few hundred spectators were left in the cavernous stadium to witness coach Al Golden's Hurricanes capitulate 58-0. That was October 2015. Fast-forward two years later, and everything has changed. Sun Life is now Hard Rock Stadium, Mark Richt has taken the coaching reins, and the University of Miami's fans are the loudest in the nation, packed by the tens of thousands into the stadium, rocking golden Turnover Chains around their necks. In just his second season, Richt led the Canes to a 10-3 regular-season record and a berth in the ACC title game. Most important, he reminded UM fans how to bring swagger back into the stands.

Sportscasters are almost part of our families. They are the voices we let into our homes multiple times a week and sometimes yell at in isolation. Award-winning Miami Heat TV analyst Eric Reid has millions of extended family members throughout South Florida, most recently through his work for Fox Sports Sun. From his signature "Kaboom!" call after a Heat player drains a three-point shot, to his elegant storytelling, Reid has been the perfect person for the Heat's sportscaster spot since the franchise's inception in 1988. He's fair to the opponents yet favorable enough to the Heat that you're constantly reminded he's rooting for the home team.

You'd be hard-pressed to make a case for a sports franchise owner that has done more for his city than Miami Heat owner Micky Arison. In the mid- '90s, Arison's first order of business was to hire Pat Riley away from the New York Knicks and give him full control of player-personnel decisions. That move has continued to pay dividends for the past three decades. Arison is everything you'd want in a sports owner: He's supportive, kind, and unintrusive, yet competitive. For years, Heat fans have implored him to buy the Dolphins, the Marlins, or both because he's done such a great job running the hometown basketball team. Fans are willing to hand him the keys to any athletic organization.

Best Place to Take a Kid to Watch a Game 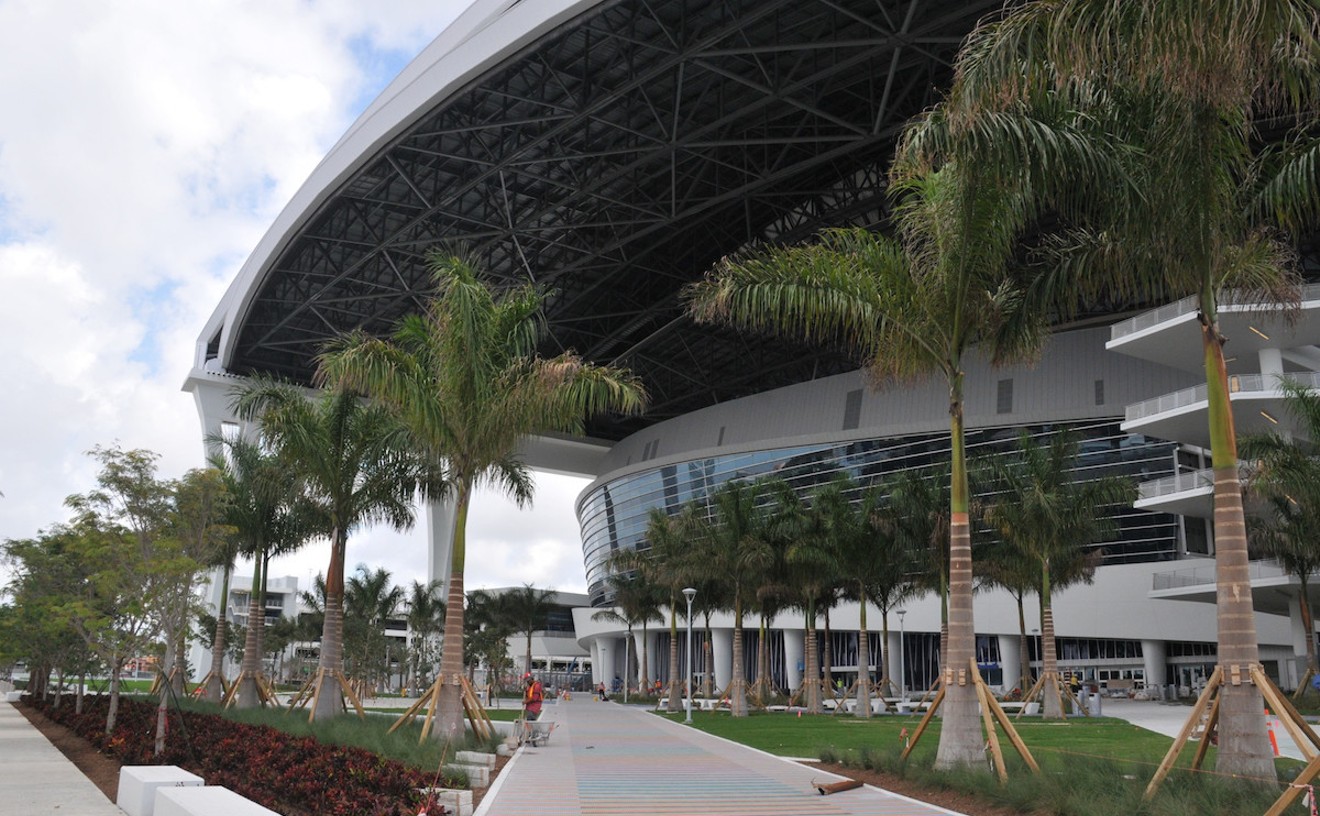 The Miami Marlins are having a tough year. OK, fine, they're having a tough decade, but that's not what's important here. What's important is that the Marlins play in one of the most beautiful ballparks in Major League Baseball, and taking a kid to watch a game there always makes for a fun outing. When it comes to game-day excitement for a child, it's not always about winning. For the younger set, food choices — such as the park's many burger options, Papa John's pizza, and bread from Zak the Baker — take precedence over plays or points on the scoreboard. And the stadium's open design makes it easy to grab a bite and walk around without missing a single pitch. 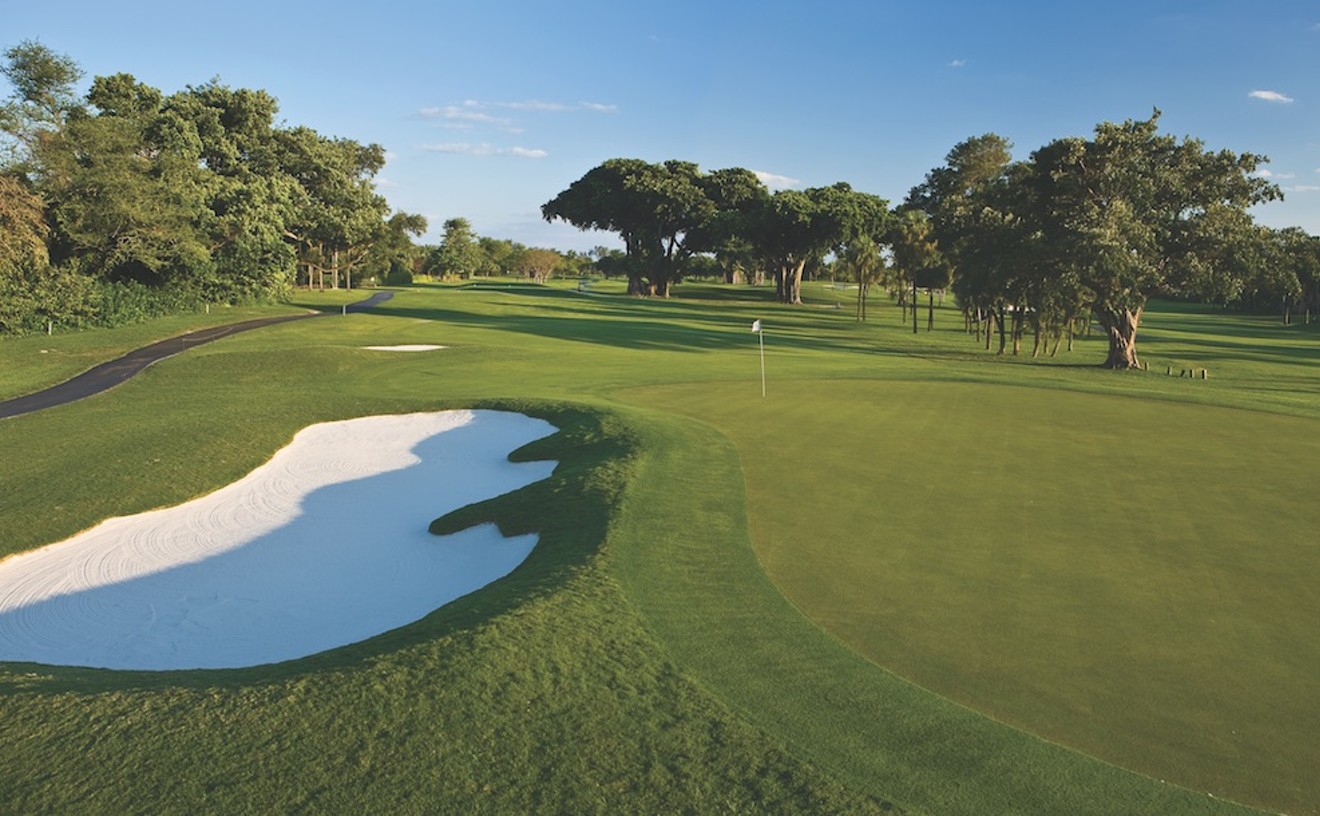 Courtesy of the Biltmore

Fancy golf courses are typically inaccessible to the average joe, but the Biltmore hotel's course makes the game accessible to locals. Designed in 1925 by legendary course architect Donald Ross, Biltmore Golf is home to the Junior Orange Bowl International Golf Championship and the University of Miami Women's Golf Team. And it can be your golfing home too, with discounted rates for Coral Gables and county residents, as well as hotel guests. Though 18 holes on a weekend or holiday can run $100 to $202 during the peak of winter, nine holes in an evening can cost as little as $40 for Coral Gables residents or $73 for visiting guests. The Biltmore's practice facilities boast more than 22,000 square feet of paspalum grass and 27 artificial-turf hitting surfaces, so this is a great spot to get in some practice before you take mulligans galore.