When 20-year-old Karlie Tomica got in her car this past January 29 after working a bartending shift at Nikki Beach, she was probably giggling and waving goodbye to her friends. But life for this self-proclaimed "party princess" would be forever changed when she allegedly hit and killed Stefano Riccioletti, who was on the way to his job as executive chef at the Shore Club. While that's bad enough, Tomica is also accused of leaving the scene of the accident. Turns out a Good Samaritan, Jairo Fuentes, who witnessed the accident, chased her down over 20 blocks to her luxury apartment and phoned police while Riccioletti lay dying in the street. Later, toxicology reports found that Tomica had three times the legal limit of alcohol in her blood. She was charged with DUI manslaughter. At a court appearance, Miami-Dade Judge Migna Sanchez-Llorens told Tomica, "In life, you make choices, and you clearly made choices that night. You made choices to drink. It's indicated that your levels were beyond anything ordinary." Maybe Karlie Tomica isn't really a "bad" girl. But she did make "bad" choices. And her predicament serves as a cautionary tale for all of us who think we're fine to drive home after having a few too many.

Until 2013 rolled around and the bell struck midnight for America's portliest bass-voiced faux-thug, Rick Ross seemed to be protected by some sort of superhuman, scandal-deflecting force field. How many other rappers could base an entire public persona around an image as a modern-day, coke-slinging Tony Montana — only to have journalists uncover his true past as a — gulp — prison guard? When that bomb dropped in 2009, Ross combed his prodigious beard, popped a bottle of 'Dre, and kept dropping verses. But the past 12 months have dumped a Champagne bath of reality on the Bawse. The problems started because the Carol City native name-dropped Larry Hoover, the Gangster Disciples founder, in a few songs. Some real-life GDs responded by uploading videos to YouTube, letting Ross know they'd put a price on his head. Unlike Ross' publicity-hounding rap beefs, this was the real deal. In December, he had to cancel a tour because of the threats of violence. And then in January, real lead flew on Las Olas in Fort Lauderdale. Ross crashed his Rolls into a building when a gunman blasted at him, though he amazingly emerged unharmed. Even Uncle Luke warned Ross in a column to get his act together before his story ended like Biggie's.

In Dante's Inferno, murderers are submerged in a scarlet river of boiling blood and fire. It seemed appropriate, therefore, that Joel Lebron appear in a Miami-Dade County courthouse dressed in a prison-issued jumper of virtually the same hue. All January long, a jury heard the heart-wrenching details of how Lebron and four accomplices kidnapped a teenaged couple as they strolled along the South Beach sand during spring 2002. Lebron was the ringleader, prosecutors showed, who ordered Nelson Portobanco's throat slit. The gang dumped his body alongside I-95 and then gang-raped his girlfriend, Ana Maria Angel, in the back of a truck. Finally, Lebron dragged Angel into a ditch and, as she prayed for mercy, buried a bullet in the back of her skull. Miami's most cold-blooded killer might have never been convicted if Portobanco hadn't miraculously survived to testify. Judge William Thomas wept as he sentenced Lebron to death for his crimes, but the 33-year-old killer just glared coldly around the courtroom. The conviction was a decade overdue, but it was justice: You kill an angel, you deserve to burn in Hell.

Just months after Marlins owner Jeffrey Loria screwed this city in epic fashion — selling the star players he had promised in exchange for that $2 billion pustule of a stadium — Stephen Ross had the billionaire balls to go for sloppy seconds. The Miami Dolphins owner is worth $4.4 billion by last count, but that didn't stop him from requesting more than $380 million in corporate welfare from taxpayers to fix up Sun Life Stadium. It was "unfair" for him to use his own money, he argued. This is the same man who used federal bailout loans to refinance his football team, even as he was snapping up private banks. The Dolphins sent out fliers to every household in the county, emotionally and economically blackmailing voters to support the stadium renovation by threatening to leave South Florida and bragging about the construction jobs. When Florida House Speaker Will Weatherford finally betrayed the billionaire by refusing to allow a vote on the deal, Ross pretended to be worried about the little people. "It's hard to understand why [Weatherford] would stop an election already in process and disenfranchise the 40,000 people who have already voted," Ross whined. "The speaker single-handedly put the future of Super Bowls and other big events at risk for Miami-Dade and for all of Florida." If he really wants to give us another Super Bowl, Ross could fix up Sun Life in a snap using his own cash. Instead, he's butt-hurt because he can't pull a Loria and use our money to make himself richer.

Miami is known as the Magic City, but it could just as easily be called "the playground of psychopaths." After all, it's been home to more deposed Latin American leaders, genocidal generals, and African despots than anywhere outside the Hague. Want to wall yourself up behind a phalanx of bodyguards and busty babes for hire? Bienvenido a Miami, señor. Want to snort and drink away your guilty conscience? You've come to the right place. So it was no surprise, really, that millionaire antivirus inventor turned international fugitive John McAfee showed up on South Beach back in December. Brilliant but bonkers, he had escaped from Belize to Guatemala after his neighbor was found murdered. He claimed his fight against corruption had drawn the ire of bad cops, who whacked his neighbor and were coming for him. Belizean authorities, however, said they suspected McAfee not only of the killing but also of manufacturing meth. So he fled to Guatemala, where he was caught and deported to Miami. New Times spent a day with him as he ate sushi, rambled about love and courage, and hit on anything with a vagina. McAfee spent most of the afternoon talking about how his ex-girlfriend had attempted to kill him. As he tried on sunglasses on Ocean Drive, the most interesting man in America casually turned and said, "Women are always trying to stab me in the eyes with needles."

If Miami restaurants have a star maker, it's Larry Carrino. As a partner in Brustman Carrino Public Relations, he is the person whom nearly every restaurateur in Miami has turned to at some point for advice. This guy also holds the key to the Emerald City (also known as the South Beach Wine & Food Festival) and access to all the celebrity chefs who come to play in the sun. Reporters and bloggers love him. Carrino and his stable of beautiful and intelligent public-relations associates (we aren't sucking up, really) have helped to place Miami's culinary scene squarely on the world map. 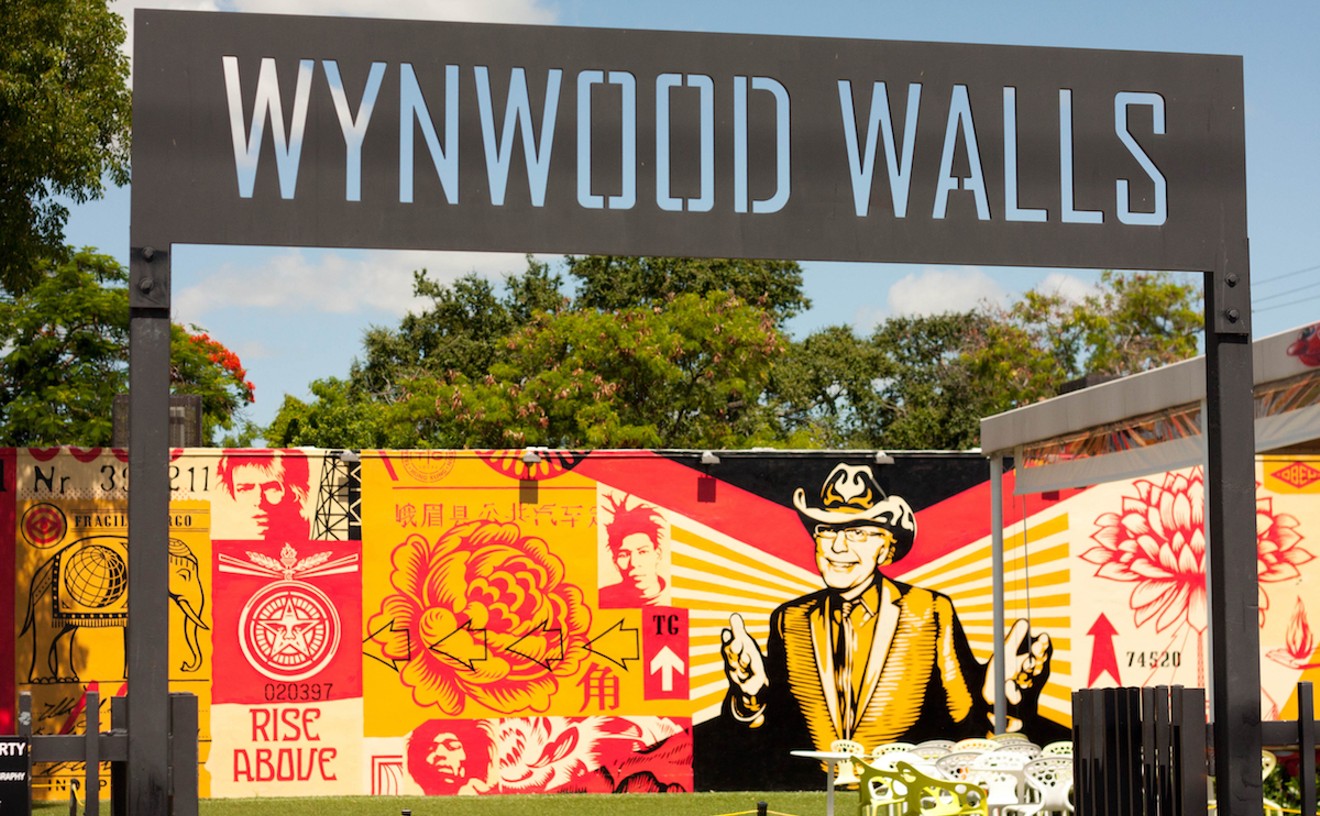 First dates can be agonizing. They can also be awesome. We've had our crack team of scientists cooking up a formula for years now, and this is what they've come up with: alcohol and art. The first one loosens you up from your boca to your belt buckle. The second gives you a chance to sound smart by saying something like, "That Shepard Fairey mural is the same color as your lips." So here's your recipe for the perfect first date. Step one: Meet for a drink in Wynwood. If your date is bookish, make it Lester's. If not, try Wood Tavern. Step two: Graffiti-inspired groping. Start at Wynwood Walls, but check out murals along the side streets. Make sure you do this before getting too sloshed. Step three: Keep drinking. By planning your perambulations carefully, you can easily pepper your art walk with alcohol. Duck into Shots Miami, where blowjob shots will break any ice left between you. Finally, end the night somewhere you can dance, like Gramps. Step four: Name your first kid after us. Newt Imes, perhaps? 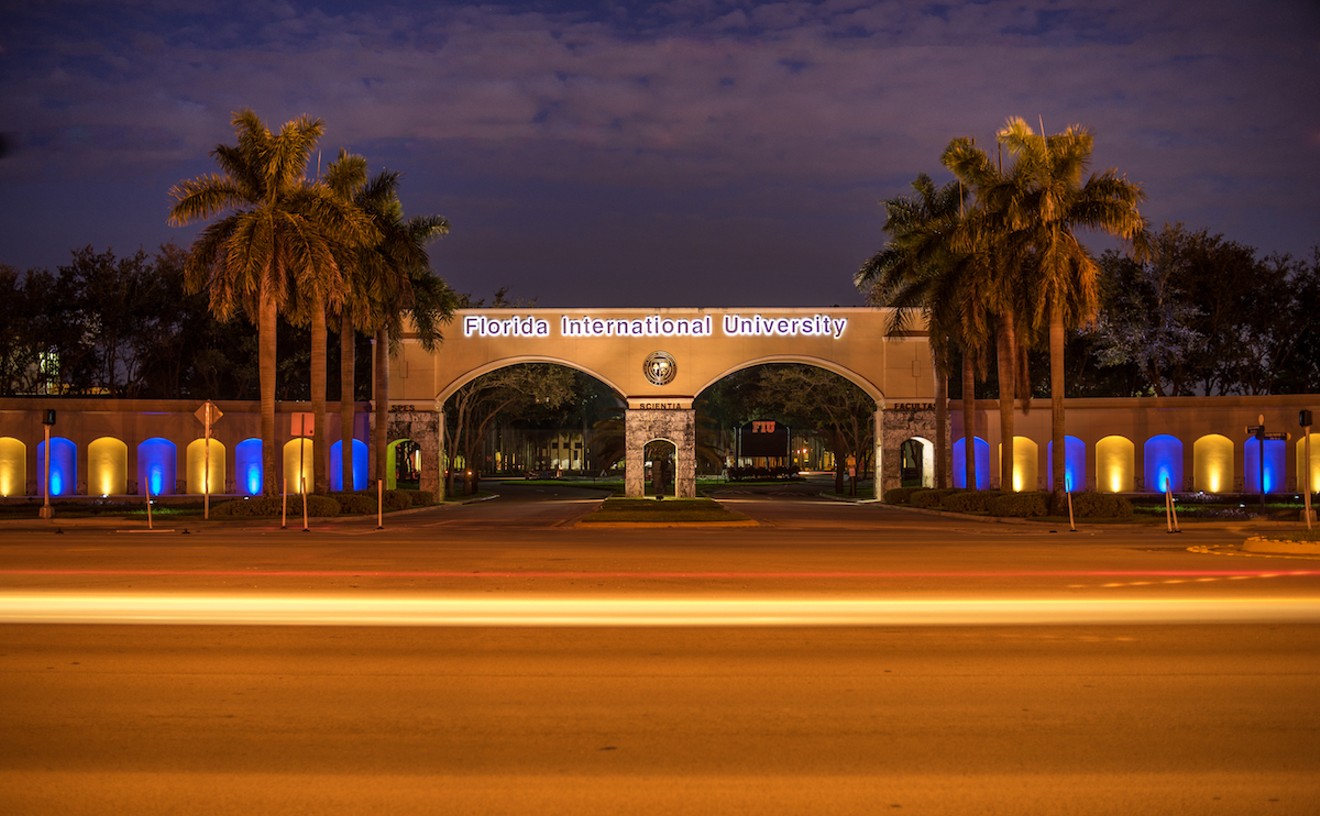 Every February, FIU puts on a student production of Eve Ensler's The Vagina Monologues, which chronicles various women's relationships with the vertical smile. In addition to celebrating the female anatomy, the production supports local nonprofits aiming to end violence toward women and girls. Between the student actors, professors, teaching assistants, invited guests, and audience, there is no shortage of well-read women. Any venue where you can have hundreds of people screaming the c-word at once is a place you can find a woman who'll teach you to treat it right. She may also explain the myriad ways the kyriarchy has worked to lock away its true potential. If all else fails, you could always end up with a vagina-shaped chocolate lollipop and still feel good about donating to great local causes.

Most people dress up when they go to court. But the plunging necklines, tight skirts, and stiletto heels on display at the Lawson E. Thomas Courthouse downtown reveal more than a reverence for law and order. Rather, they are the parting shot fired by the lovely ladies of Miami as they finally formalize a divorce, aimed straight at the heart they once cherished. Lucky for you, you aren't the target — at least not yet. Instead, you're a not-so-innocent bystander who reaps the rewards. Show up on any given weekday and search the halls for newly single women. Hell, you can just pretend you're a lawyer and wear your finest suit while doing it. The now-official ex-husbands may be haunted by the female hotness on display, but you won't be. Court(ship) is now in session. 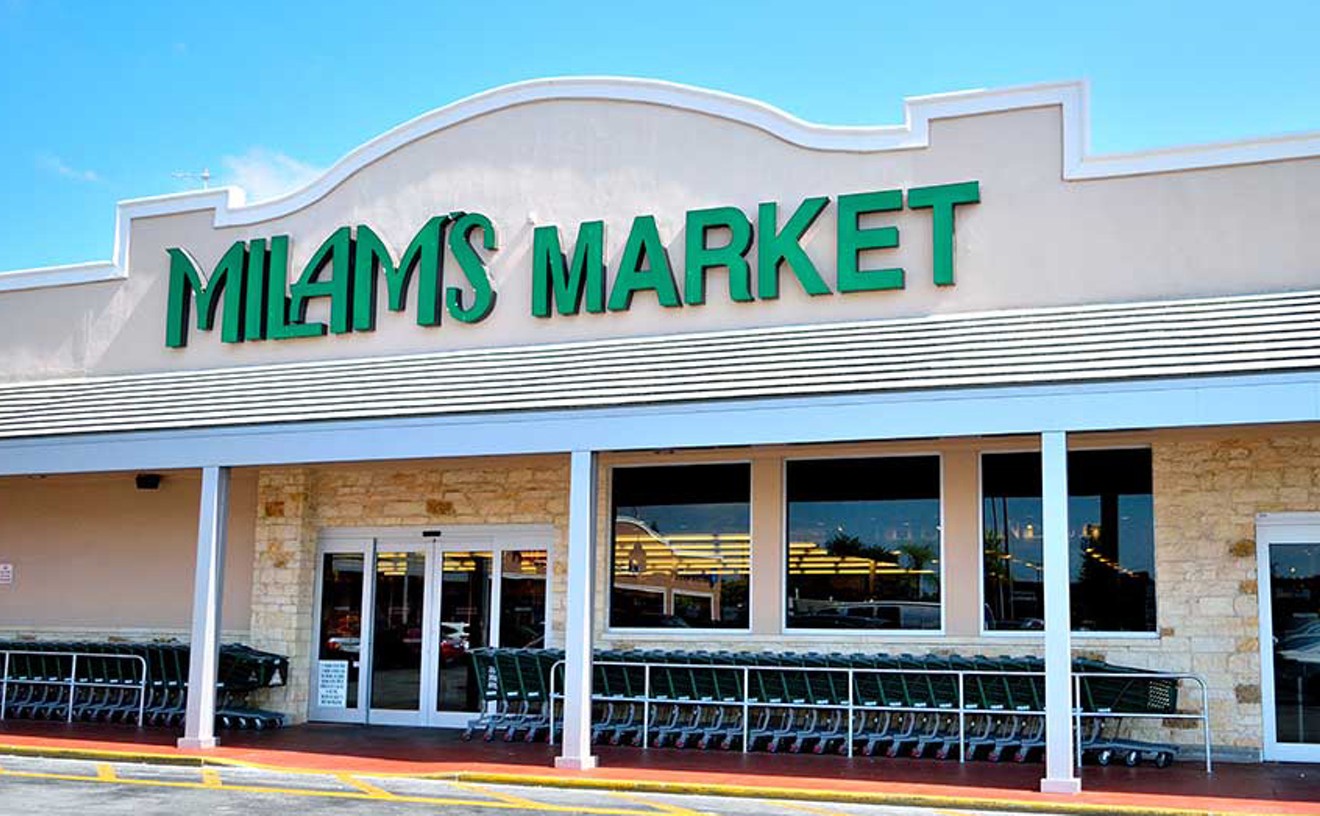 Intelligent men, for the most part, want a partner who can bring something to the table as well as the bedroom. And yet, for all the smarts and years of higher education many Miami males boast, they are pathetic in a grocery store. Guys who may be masters of the universe have no clue how to choose an avocado or haggle with a butcher for a good piece of steak. That's where you and Milam's Market come in. See that man in the scrubs? Chances are he performed a heart transplant earlier today, but he can't tell a shiitake from a portobello. And how about that guy with the glasses? He's a UM professor who can't tell strained Greek yogurt from cottage cheese. Now's your chance to shine. You saunter over and suggest that shiitakes have a richer, deeper flavor. Or you inform him that organic yogurt has less sugar and more probiotics. You've just started a conversation and proved your superior intellect with one sentence. If there is one thing sexier than a smart woman, it's a smart woman who knows her way around food.