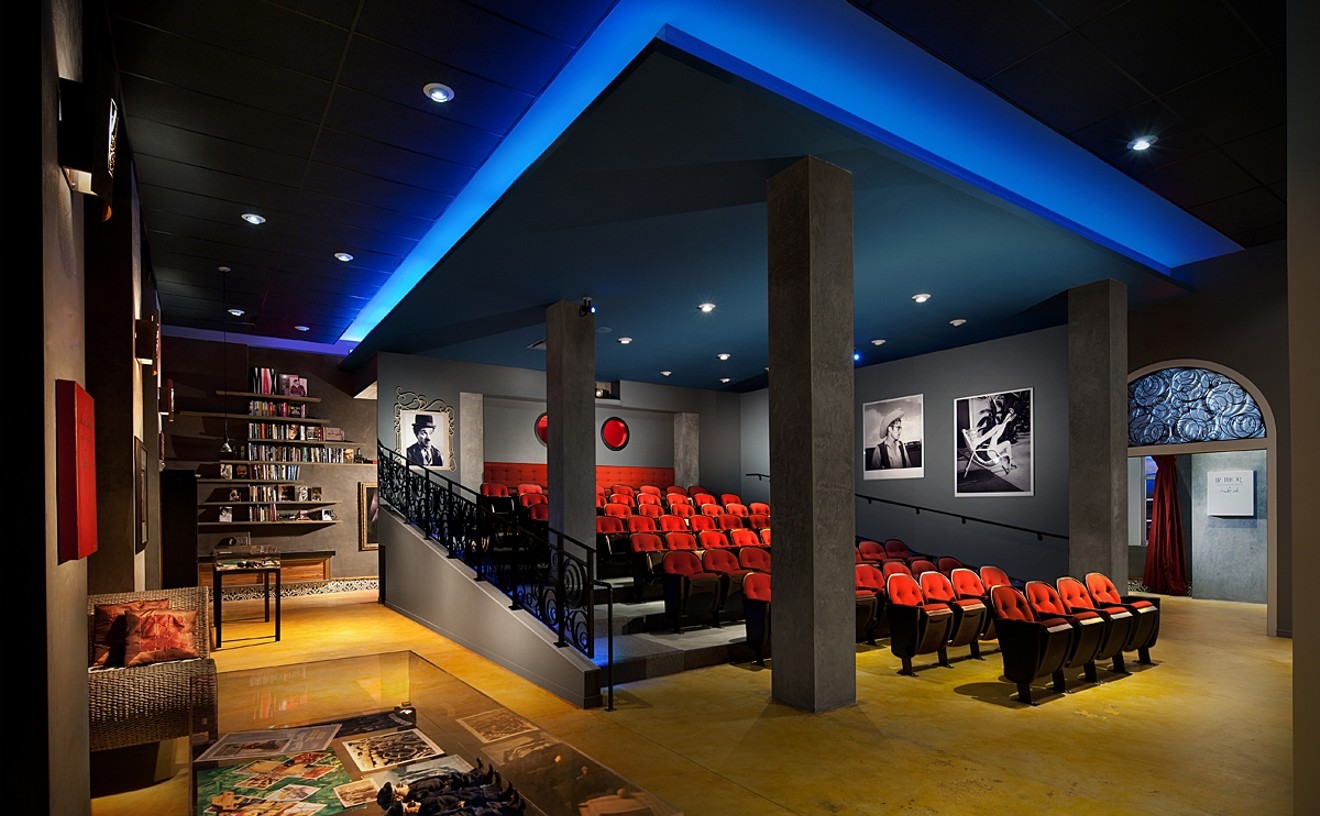 Next time you're ready to hold a Viking funeral for cinema — probably after seeing Transformers 5 on the schedule right after Baby Geniuses 7 at your local multiplex — take a deep breath and a leisurely walk along Washington Avenue. There, surrounded by the worst excesses of SoBe club culture, is the Miami Beach Cinematheque (MBC). The venue, which started in a tiny niche on Española Way, has transformed into a cultural anchor in its new home, the towering former Miami Beach City Hall. What sets MBC apart from other art houses is the amount of civic outreach. Consider some of MBC's recent speakers: Ben Cohen (of Ben & Jerry's Ice Cream fame), speaking about Ingredients, a documentary about the food industry; Emmy winning documentary filmmaker Marian Marzynski, presenting Never Forget to Lie, which explores his childhood wartime experiences; and Brontis Jodorowsky, son of legendary cult horror filmmaker Alejandro Jodorowsky, headlining a Q&A about El Topo, his dad's bizarre Western. Just to top it off, MBC offers a sophisticated yet relaxed environment with a bookstore, library, outdoor seating area, and café. Just laugh off that multiplex schedule. Cinema is alive and well on Washington Avenue. 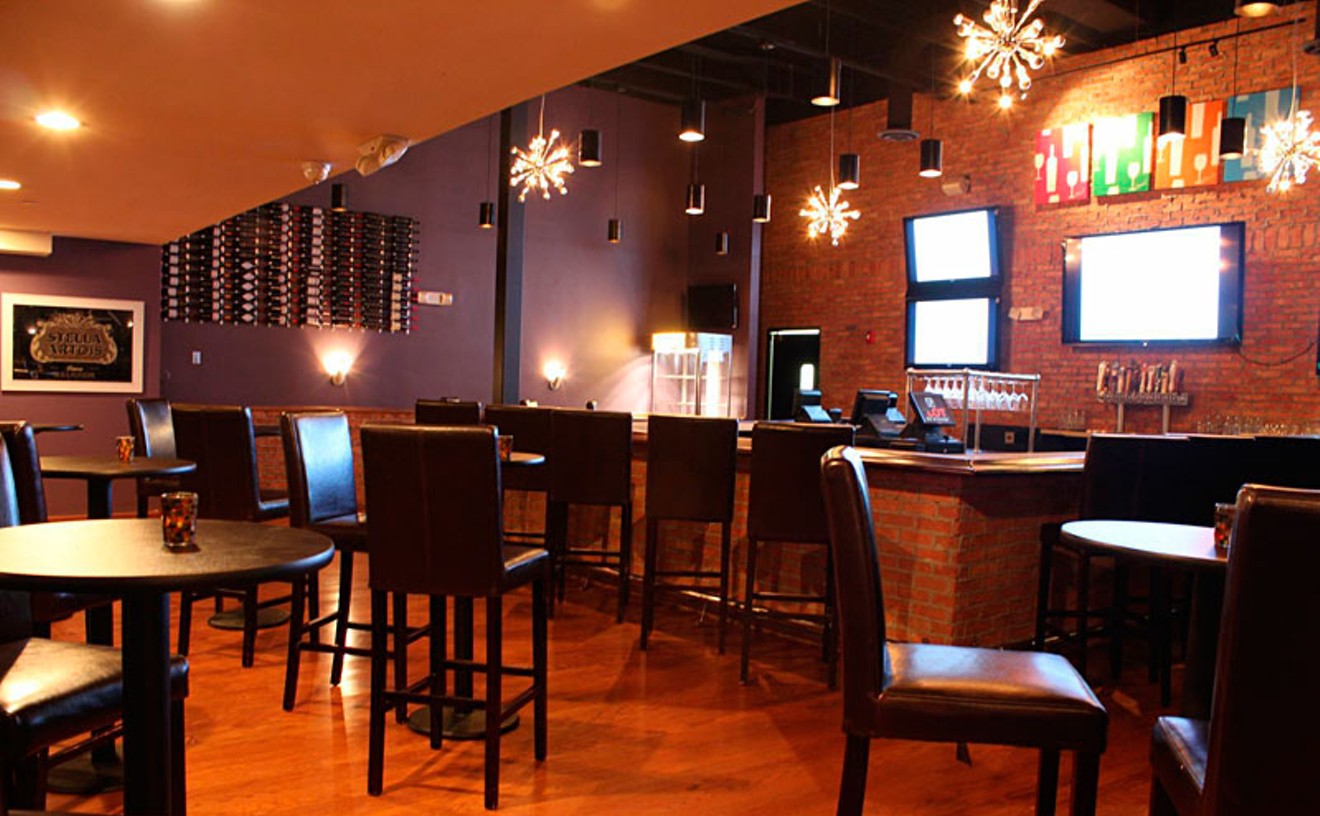 For far too long, Miami's moviegoers have had to endure a series of horrifying obstacles to see the latest incarnation of Iron Man. Terrifying teenage punks eyeing you from the snack bar. Being forced to watch the antics of Adam Sandler while totally sober. Pushing pregnant women and the elderly aside to avoid a front-row, eyeball-assaulting seat. But no more. Here, at the Paragon Grove, you can choose your seats online in advance, saunter into the theater on Cuban time, and get a buzz with a Heineken or a glass of vino. And if popcorn and nachos don't cut it, you can nosh on Bavarian pretzel sticks or a barbecued Texas burger, delivered to your lap by eager minions. At $11.50 a pop (or $13.50 for premier VIP), it's not the cheapest ticket in town, but for booze, comfy seats, and an absence of screaming kids, it's worth every penny. So take a seat in a back row, don those 3-D glasses, and get your grub on. This is how movies are meant to be seen.

Little Havana's treasured Tower Theater outdid itself in the lead-up to this year's Miami International Film Festival. It celebrated MIFF's milestone 30th anniversary by screening a film from each year in the festival's history: 29 straight days of genre-hopping nostalgia. It began with a screening of, reportedly, the only English subtitled print in the world of Pedro Almodóvar's Dark Habits, a movie that's out of print on DVD and is also the best film ever about nuns shooting heroin. It continued with rarely screened goodies such as Landscape in the Mist, a powerful ramble from Greece about children searching for their deadbeat father; El Mariachi, Robert Rodriguez's microbudget breakthrough; Suture, an underrated, moody noir mystery in glorious black-and-white; and Audition, Takashi Miike's twisted torture-porn odyssey. Sarah Jessica Parker and Jeremy Piven even stopped by for a screening of Miami Rhapsody. The fact that nearly all of these titles were projected in their original, vanishing 35mm format was only the icing on a scrumptious cinematic cake.

In Free Angela and All Political Prisoners, director Shola Lynch tells the story of civil rights activist Angela Davis in a captivating documentary that critics hailed as one of the best docs of 2013. But savvy Miami film buffs had already experienced the movie's charms. Free Angela opened the Women's International Film Festival (WIFF) in March earlier that year, launching a strong lineup of female-written, lady-directed, woman-focused storytelling on the big screen. In five days, WIFF screened 50 such films, tackling serious issues like breast cancer and sexual assault, and more lighthearted topics like aging and romance. Audiences recognized celebrities such as Oscar-nominated actor Sally Kirkland and artist Renee Cox. In February, Halle Berry and her The Call costar Morris Chestnut stopped by a WIFF-sponsored screening. By launching showings of lady-friendly films outside of its annual five-day run, WIFF has joined more established Miami film festivals like the Miami International Film Festival and Miami Gay and Lesbian Film Festival in expanding its influence and diversifying South Florida's movie landscape. And it's doing it all from an undervalued but much needed female perspective. You go, girls.

Dexter Morgan first sank his scalpel into the face of a terrified, plastic-wrapped victim on TV screens across the country seven years ago. Since then, Dexter has kept audiences simultaneously creeped out, fascinated, and strangely rooting for its serial killer with a heart of gold. Have there been ups and downs? Of course. No TV series runs for seven seasons without making a few mistakes. But even as reality-TV programs about the underbelly of South Florida continue to multiply, Dexter is still the best illustration of that old saying about Miami: "Sunny days, shady people." Loyal viewers of Dexter have watched plot lines about strippers, mobsters, and religious zealots. They've gotten to know drug addicts, corrupt politicians, and crooked cops. They've seen murders on Ocean Drive, in the Everglades, and even at Jimbo's. And in its final season, which begins June 30, anything could happen. There's a vacuum of power at the Miami Police Department after the death of Capt. Maria LaGuerta; Dexter's sister Deborah, who discovered her brother's "dark passenger" last season, is still dealing with icky yet fascinating romantic feelings for him; and of course, there's the issue of the dozens of people Dexter has killed throughout the series. Will he finally be made to pay for his crimes, or will America's best-loved murderer get the ultimate free pass? One thing is certain: It'll be fun finding out.

"That's it. That's good. It hurts. I know it does. That's it. Get it." Michael Bay's whole career has been leading up to those words. In Pain & Gain, the director's film based on Pete Collins' series of Miami New Times stories about a bodybuilding heist gone horribly wrong, those words come out of sensitive man-mountain Dwayne "the Rock" Johnson, and they're aimed at a wicked beefy Mark Wahlberg. The guys aren't fighting mammoth evil machines or saving the world from a giant asteroid. They're pumping iron in a poorly lit budget office somewhere in Miami, looking stressed, defeated, decidedly antiheroic, and impossibly, incredibly entertaining. That line could also be used to describe the roller coaster of emotions Miamians are feeling about this latest effort. The director's flashy style, which can read as cheesy when paired with typical action movie fare, feels strangely fitting for this tale of low-level Miami gym rats dreaming of making it big. That's it. That's good. And it hurts, we know it does, especially those who wrote Michael Bay off as a money-hungry bullshit artist with a talent for CGI spectacle. But this pet project of his feels equal parts hilarious and fascinating, with just the right level of cheesy indulgence. Get it?

Some celebrities achieve fame through talent. Others get famous using their looks. In some cases, mostly in the realm of reality TV, a proclivity for hair-pulling and face-slapping will secure your place in Hollywood infamy. The Real Housewives of Miami's Elsa Patton has done none of those things. Instead, she's won the hearts of Bravo-watching America using the tools at her disposal: botched facial plastic surgery, an endless supply of white wine, and the sassy attitude that comes from being a Cuban woman of a certain age who thinks she's a bit psychic. Into the world of artificial luxury portrayed on The Real Housewives of Miami, Patton injects the bizarre reality of the Magic City. She's had a bad nip/tuck; plenty of Miami women can relate. She believes she's a seer; that's some spooky voodoo shit right there. She's even launched her own Cuban coffee truck. Could she be any more Miami? That's the unlikely magic of Elsa Patton: Her face may be plastic, but when it comes to representing Miami, she's as real as it gets. On reality TV, anyway.

Erin Joy Schmidt and Barbara Bradshaw played off each other in a magnificent and effortless symbiosis, with Schmidt as a Republican power couple's daughter — a liberal, once-successful novelist turned damaged soul whose proposed memoir will unburden sensitive family history. Bradshaw played her mother, a sharp-tongued intellectual mind tethered to selfish right-wing beliefs and an absolute need to keep her daughter's literary revelations locked and buried. These political and filial polarities came to a head in a number of epic verbal spats that were as difficult to sit through in their wincing verisimilitude as they were compelling in their train-wreck schadenfreude. Schmidt was heartbreaking as she was reduced to sniveling tears, and Bradshaw struck the great matriarchal balance of tender and monstrous. Director David Arisco positioned his supporting players on the edge of the frame while these two heavyweights duked it out in the center, and they essentially became, like us, rapt spectators to the spectacle.

Matthew William Chizever showed his range of talents this past year in roles in plays as varied as My Fair Lady and Venus in Fur, but the multiple personality disorder that was The Turn of the Screw was a veritable master class in classic archetypes — five parts so distinct from one another in make, model, and year that it's hard to believe they were driven by the same man. For the part of Uncle, a London bachelor, he oozed sexual tension and casual seduction toward his skilled castmate Katherine Amadeo. He soon changed everything, while seemingly changing nothing, to transform into an elderly female housemaid who knows more than she lets on. Later, he assumed the form of a troubled 10-year-old boy. From stooping to kneeling, from British accents to Irish ones, Chizever subtly transitioned through this eerie ghost story like an implacable shape-shifting specter, haunting the floorboards with the many voices in his head. He even created 90 percent of the show's atmospheric sound effects, which were critical to its success.

If separating the play from the production is the job of a regional theater critic, it's a requirement that becomes ever so difficult when the work in question is a piece like Jon Robin Baitz's Other Desert Cities. This is a play with such cracklingly good and bracingly realistic dialogue that it can mesmerize even the most nitpicky critic with its words, engrossing the audience so thoroughly with its content that the form is virtually invisible. But this wonderful Actors' Playhouse production had its cake and ate it too, perfectly honoring Baitz's literate exploration of family secrets and political schisms while showcasing a diverse ensemble of powerhouse performances. At the heart of the production were Erin Joy Schmidt and Barbara Bradshaw as the contentious mother and daughter, unspooling decades of division in front of our eyes. Antonio Amadeo and Lourelene Snedeker played their supporting roles with perfect aplomb, hitting tragicomic notes with the right balance of surface warmth and closeted despair, controlled with fluid precision by director David Arisco. The elegant, artistically canted set design and nearly invisible lighting cues further enhanced this past year's most enriching theatrical experience.