"Goya: The Engravings of the Caixanova Collection" Miami Dade College brought Francisco Goya's caustic series of 218 engravings, created between 1799 and 1823, to the Freedom Tower, where they depicted the Spanish master's brush with state-sponsored terror during the Inquisition and Napoleon's brutal invasion of Spain. The skull-staving exhibit included Los Caprichos, which earned Goya a spot in the history books alongside Velásquez and Cervantes as Spain's greatest talents. It also revealed why art historians hail Goya as the first modernist and why the 80 engravings composing Los Caprichos remain one of the strongest indictments on man's inhumanity to man. 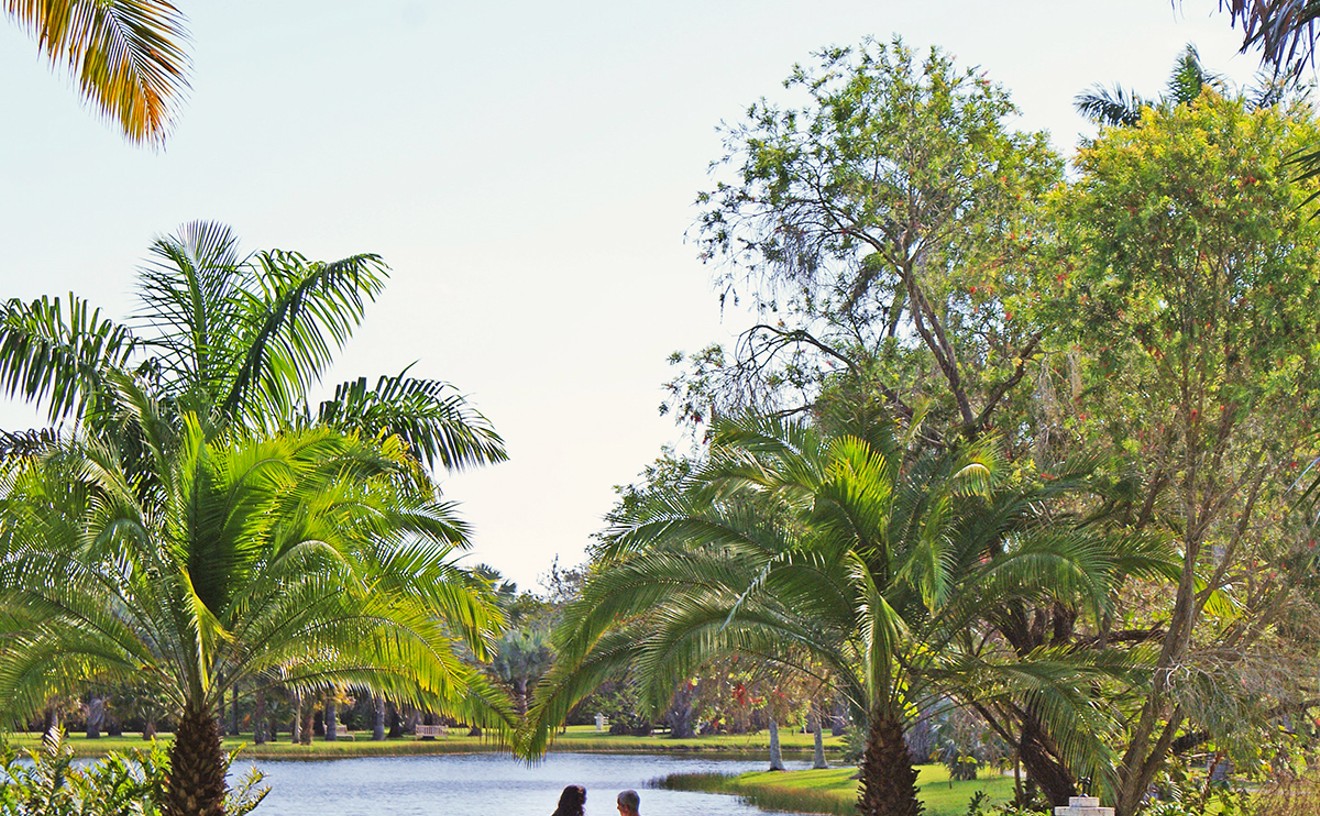 There once was a boy named Man-go who lived in Publix. His friends called him "Go" for short, and he was a sweet boy, with the most beautiful reddish-orange skin you've ever seen. One day, Go and his friends spotted a giant of a man roaming the place. At the sight of his dark, tanned skin and billowing white linen outfit, the little mangoes cringed in horror. So the stories are true, they thought. The man approached the frightened fruits and without hesitation reached for Go, saying, "Hi, my beautiful new friend. I'm fittin' ta take you to your family reunion. Didn't cha know it was this weekend?" And before he could protest, Go was lifted into the giant's shopping cart. Then he was moved onto a conveyor belt, shoved into a paper bag, and, finally, plopped into a big green pickup truck.

Although he was afraid at the thought of being away from Publix, the little guy was also excited. Soon the giant pulled the little fruit from the paper bag and laid him on the dashboard. He tried to set Go at ease by talking about how much fun Go would have meeting all of his relatives. He talked about how Go would meet his cousin Nam Doc Mai from Thailand and how they could get their faces painted together. Go got excited when he heard about the dinners and samplings held in honor of mangoes, but when he heard about the tree auctions, seed decorating, and mango puppets, his smile faded. He realized the tall tales about giants kidnapping mangoes were true. As the giant pulled into Fairchild Tropical Botanic Garden, Go saw the huge sign that read, "International Mango Festival," and sighed. He saw all of the happy faces entering the gardens and knew he would be the only one not enjoying this day in the sun.

There's more to Italian cinema than Fellini. Every October, the Italian Film Festival becomes the perfect place to immerse yourself in la dolce vita. Last year's three-day festival, held on South Beach, featured the charmingly funny comedy Manuale d'Amore (Manual of Love) and a dozen other films, plus a few parties and afterparties sponsored by quality Italian brands (Peroni beer, anyone?). What really makes this fest topnotch is its organizer, Claudio DiPersia. Hailing from Rome and formerly an executive with Telemundo and Sony Pictures, DiPersia has a passion for his home country, and its movies, that is evident in the quality of films selected. A word to the wise regarding this year's festival: Get to the theater early, because the lines are bursting with people clamoring to watch the flicks. 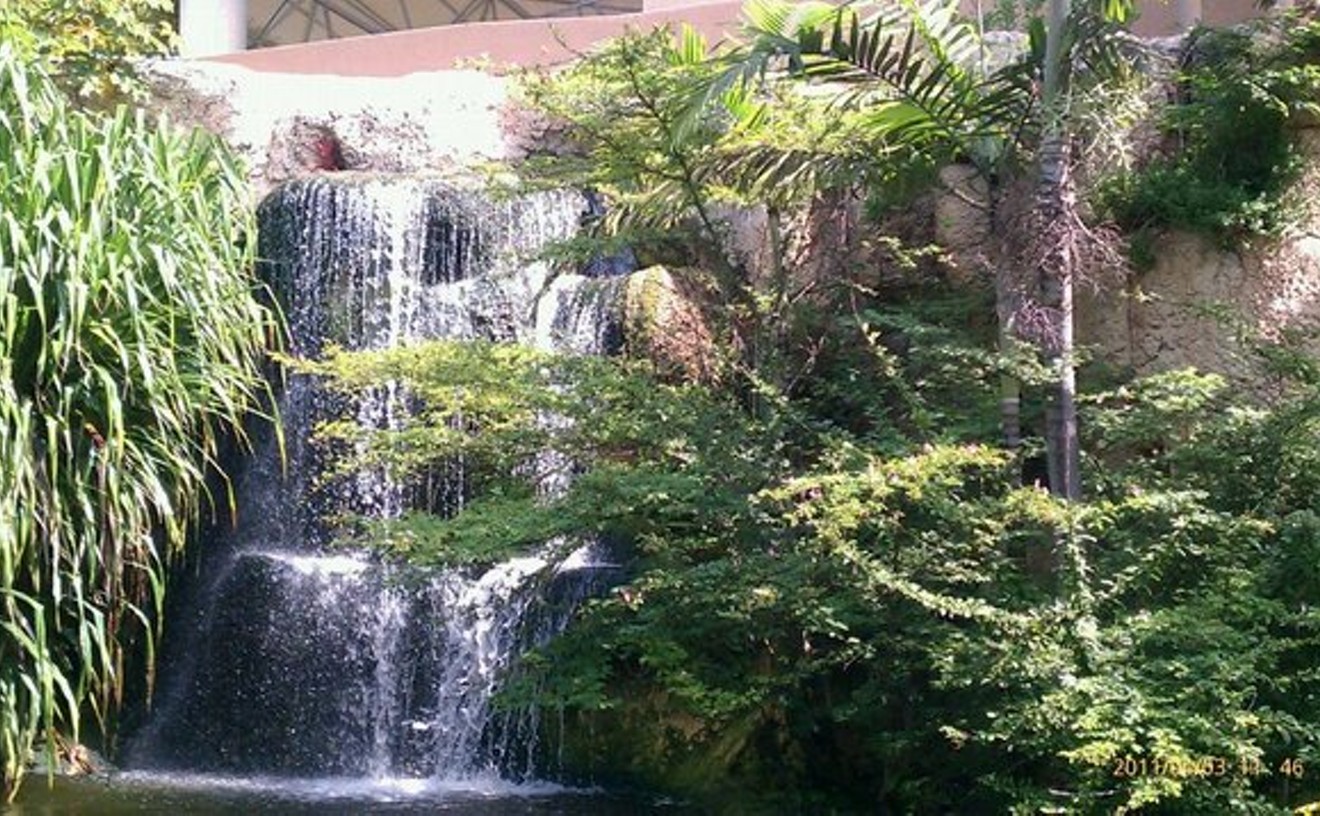 It was bad enough for the poor people of Miami when in January last year, Parrot Jungle Island was renamed Jungle Island in a desperate effort to attract more visitors. Parrots, it seems, are not as exciting as jungles alone. Unfortunately, that didn't work. At least not so far. Since moving to Watson Island in 2003, the attraction has failed to bring in dollars and, consequently, long ago stopped paying off the $25 million federal loan that was secured to move it there in the first place. In 2006, the City of Miami reluctantly agreed to take on 80 percent of the financial burden. But the Jungle has proven itself a remarkably un-public place. Through-the-roof admission prices (adults pay $27.95 per ticket; children older than two cost $22.95 — that's more than $100 for a family of four) have helped ensure the Island remains a destination mostly for opulent private meetings, private conferences, and gala dinners. The park is open 365 days a year from 10 a.m. to 6 p.m. Parking costs $7. Have fun!

Let's face it: You didn't follow up on your new year's resolution to lose the holiday flab. And now a reunion/swimsuit season/wedding/back-fat blast looms, um, large. What to do? Call Rafael Moret, boot camp master. For $249, which covers four weeks with an "iron-clad money-back guarantee," he'll whip your ass into shape in no time using squats, thrusts, pushups, situps, you name it. You'll do all of this in a park — Kennedy Park in Coconut Grove, Highland Oaks Park in Aventura, or at locations in Miramar and Pembroke Pines in Broward — and you will sweat. A lot. Don't expect Rafael to yell at you like you're in the military; that's not his style. He motivates with positive words and kindness. But your back fat will be banished. Ahh, boot camp.

There's an epidemic of bad public relations in Miami. The field is overrun with hoochie mamas in designer gear who think Facebook is an awesome PR tool, who can't write worth a damn, don't have any idea what publication they're pitching to, and instead dedicate themselves to primping and pouting and being seen ... all without doing the research and beating the pavement. So it's a real pleasure to encounter a professional such as Larry Carrino. Most often he can be found quietly working his ass off rather than hobnobbing with C-listers at trendy nightspots. Susan Brustman and Associates was already a PR force to be reckoned with when the firm hired 19-year-old Carrino as an up-and-coming PR assistant. Dedication, writing skills, and knowing his niche has paid off. Now Carrino is in his early thirties, he has moved up the ranks to vice president, and Brustman Carrino is the preeminent culinary, arts, and entertainment PR outfit in Miami. They represent major restaurants and famous chefs — Fleming's, Bourbon Steak, Michael's Genuine Food & Drink, and the esteemed Bali Ha'i event at The Kampong are but a few of their recent clients. The plume in their cap is the Food Network's South Beach Wine & Food Festival, which keeps growing each year.

With his million-dollar voice and MIA-influenced beats, the Palestinian-American DJ Khaled delivers daily musical therapy to I-95 rush hour victims. Also featuring the charismatic K. Foxx, Khaled's The Takeover radio show proves his worth by giving loyal listeners a balanced blend of local 411 and tastes of the hottest hip-hop albums. Most important, he is establishing himself as a radio renaissance man devoted to the Miami music scene. Even casual fans can't help but tune in to his show, hoping to get an exclusive listen to the popular radio jockey's latest chart-topping jam. As a member of Fat Joe's Terror Squad and as a producer using the alias Beat Novocaine, Khaled is constantly expanding his industry operations. He has become one of SoFla's finest on-air talents, and shows no signs of slowing down. So "listennnnnnn" up: His name is DJ Khaled, and the takeover has begun.

Have you ever tried to put yourself to sleep by tuning in to a radio broadcast of a local school board meeting and been jolted from slumber by a whining, irascible voice decrying recent efforts to outlaw exotic animals in the burbs? That's Alan Rigerman. He's a gadfly, perhaps the greatest ever. Definitions of the word are sketchy. In one iteration, it refers to a cattle-biting insect. When applied to people, it's defined as "a persistent annoying person" or "one that acts as a provocative stimulus." Rigerman walks the line between those two. He has participated in a class-action lawsuit against the big, bad rock miners who blast around his back yard. But he has also choked newspapers and voicemail boxes with an unholy payload of rambling pontification. He lives with two cougars, a porcupine, and scores of snakes. The guy is one of South Florida's true gems. Just don't get stuck in an elevator with him.

In the land of the talentless, the one-shouldered man is king. No doubt a healthy Dwyane Wade is still one of the NBA's premier players, but this year, surrounded by animated carcasses like Ricky Davis, Mark Blount, and Luke Jackson, the hobbled Wade just seems like the only Heat player unbitten by the Eddie Curry zombie. Fantasy-crush Shawn Marion has been a welcome addition, but everyone knows he's no Shaq. In other words, his arrival neither transforms the franchise nor drags us out of the Michael Beasley sweepstakes. Kudos to Coach Pat Riley for opening up some cap space and somewhat correcting the Davis Debacle, but with each move, he only seems to confirm Wade's place as the franchise's sole source of identity. Call it the Kobe Plan, and to avoid more bottom-dwelling, he needs to draft some Andrew Bynums fast.

Max Rameau is rather soft-spoken for a radical freedom fighter. An organizer, author, and political theorist, he has become the voice of this city's disenfranchised and underserved citizens. As leader and spokesperson for two major projects — CopWatch and Take Back the Land — he makes eloquent arguments for why housing is a human right and justice is necessary for all. Throughout his campaigns to "take back" vacant public housing and to fight against the expansion of police power, Rameau has offered his message calmly and without violence. Ask him about his top accomplishments this year, and he'll talk about his advocacy for the Liberty City 7 (6? Whatever.) and dealing with the aftermath of the Umoja Village fire. Then he'll tell you about his most important project this year: raising his two-year-old son. This is a man who has his priorities straight.