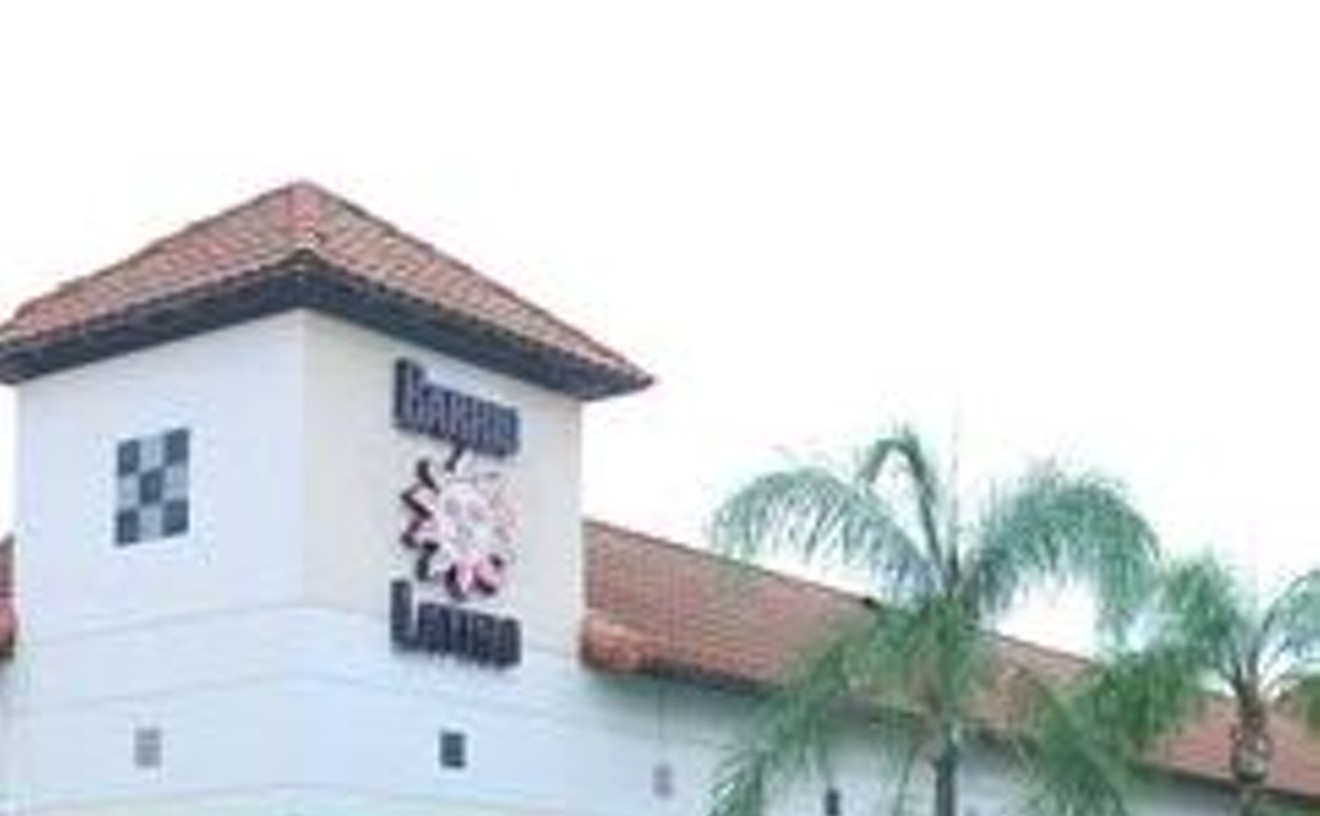 God promised a land flowing with milk and honey, but maybe people would have paid more attention if He had offered a land flowing with lobster bisque from Barrio Latino. Cream is much more heavenly than milk anyway, and this bisque is loaded. It's a buttery, rich bowl of joy. Sweet lobster meat floats serenely, grateful it was never canned. A hint of sherry highlights the end of each sip. If you want to experience this bliss, you must arrive on a weekend, for it is served only Fridays, Saturdays, and Sundays. You won't need to go to confession before arriving, but you will need to hand over six bucks. 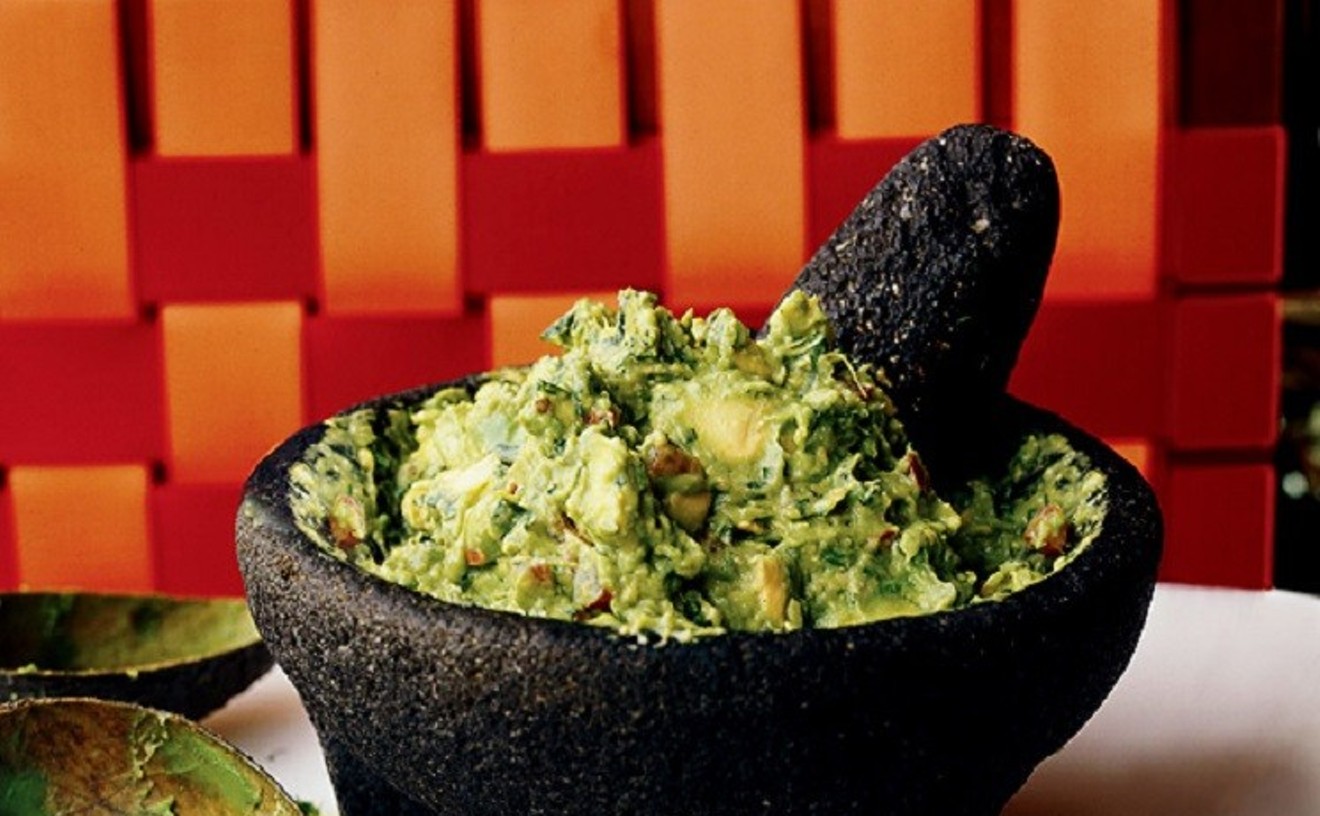 Rosa Mexicano brought upscale and authentic south-of-the-border fare to New York City in 1984. It is still thriving there, and in recent times has expanded to new territories; this past year it moved into Mary Brickell Village. A new Rosa Mexicano tribute CD has just been released, in which mostly long-in-the-tooth rockers do covers of their past hits but with reworked lyrics. Here is a sampling:

• "(I Know) It's Only Guacamole": "But I like it, like it, yes I do," sing the toothless — er, ageless Rolling Stones in their rockin' ode to Rosa's signature dish of extra-ripe Hass avocados — with tomato, onion, cilantro, jalapeño, and salt — barely mashed tableside in a molcajete ($12, for two).

• "Bridge over Troubled Tacos": Paul Simon starts off the song with a wistful recital of failed taco preparations he has tried in South Florida. Then, in an emotional moment for all, Art Garfunkel joins in and they harmonize about Rosa's tacos de carne asada, the juicy strips of grilled skirt steak atop Chihuahua cheese, served in a cast-iron skillet ($17.50).

• "Oops! ... I Did It Again": Britney turns the now-ironic title into a comic admission of eating all the red bean chorizo chili and corn esquites, as well as licking the tomato-chipotle sauce from her plate. And also eating the zarape de pato, or pulled morsels of roast duck in tortillas ($9.50). And the butterflied snapper brushed with guajillo chili sauce ($22.50). Who can blame her?

• "Pomegranate Margaritaville": Jimmy Buffett rejuvenates this overplayed mediocrity by injecting praise of the trendy fruit. And how he likes drinking Rosa's famous pomegranate margaritas at the restaurant's sleek, long, always-hopping bar; how it is only $7.95; and how it's his own damn fault his career is over.

• "U Can't Touch These": MC Hammer is talking about his enchiladas mole de xico, two soft corn tortillas filled with shredded chipotle beef and capped with Veracruz mole made with raisins, plantains, hazelnuts, pine nuts, and mulato, ancho, and pasilla chilies. He clearly doesn't want you to touch them, but they're just $16.75, so you'd think he'd be able to afford to buy another plate if you did.

Choose the number that matches the letter:

b. 168 people were killed in the Oklahoma City bombing, O.J. Simpson was found not guilty, and Pelican Restaurant opened in the Pelican Hotel

e. A great place for lunch in any neighborhood, but a downright oasis of fresh flavor on Ocean Drive

f. A wonderful bird is the pelican ...

2. Its beak can hold more than its bellican (Ogden Nash)

4. Fennel salad with arugula and cucumber in lemon dressing; gnocchi in sauce made from fresh tomatoes, fresh mozzarella, and fresh basil; cheese plate with choice of Gorgonzola, Manchego, aged pecorino, Asiago dolce, and others, paired with pear-walnut marmalade and Tuscan toast

5. The view from Pelican's outdoor patio 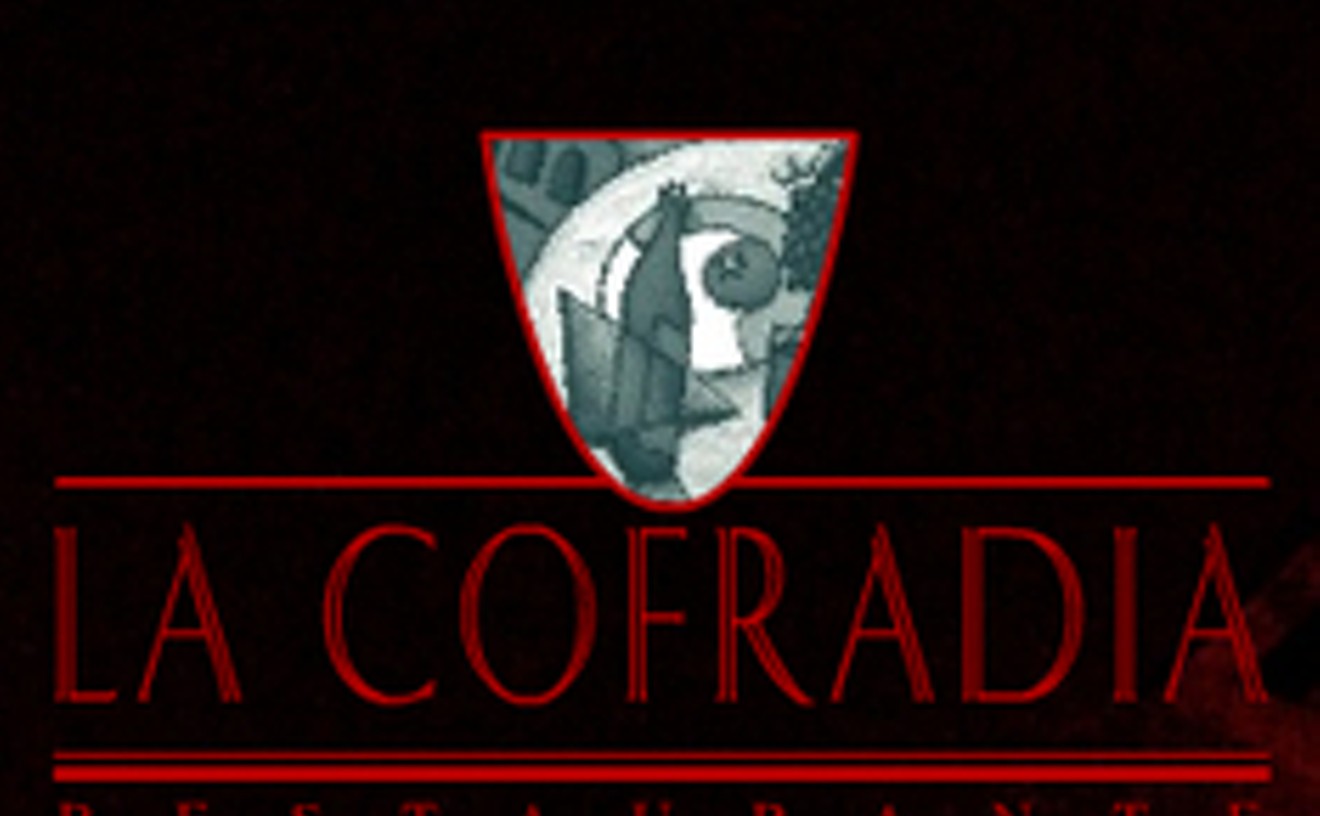 This stylish Peruvian/Mediterranean restaurant excels in everything a dining establishment can. The room is modern and elegant, imbued with warm walnut notes and a sky-high ceiling. Service summons a professionalism not seen often in these parts. The wine list (and for that matter, the artisanal cheese selections) are extensive and smart. And co-owner Jean Paul Desmaison, one of Lima's rising star chefs prior to landing in South Florida, orchestrates a cuisine as riveting as any — not just in the Gables, and not just within a Peruvian or Hispanic context, but also in all of Miami. Proof of this can be attained via a taste of chupe de camarones, a classic Peruvian soup with shrimp, butternut squash, lima beans, corn, cheese, and a poached quail egg. Need more evidence? Pick up a forkful of pork slow-braised with pisco and grapes, or of baby octopus in Tuscan ragout, or, for dessert, of flambéed pineapple with purple corn demi-glace and white chocolate semifreddo (main courses run between $28 and $40, desserts $8 to $10). La Cofradia is under many diners' radars, but it is also on many diners' radars, so reserve a table in advance — especially weekends. 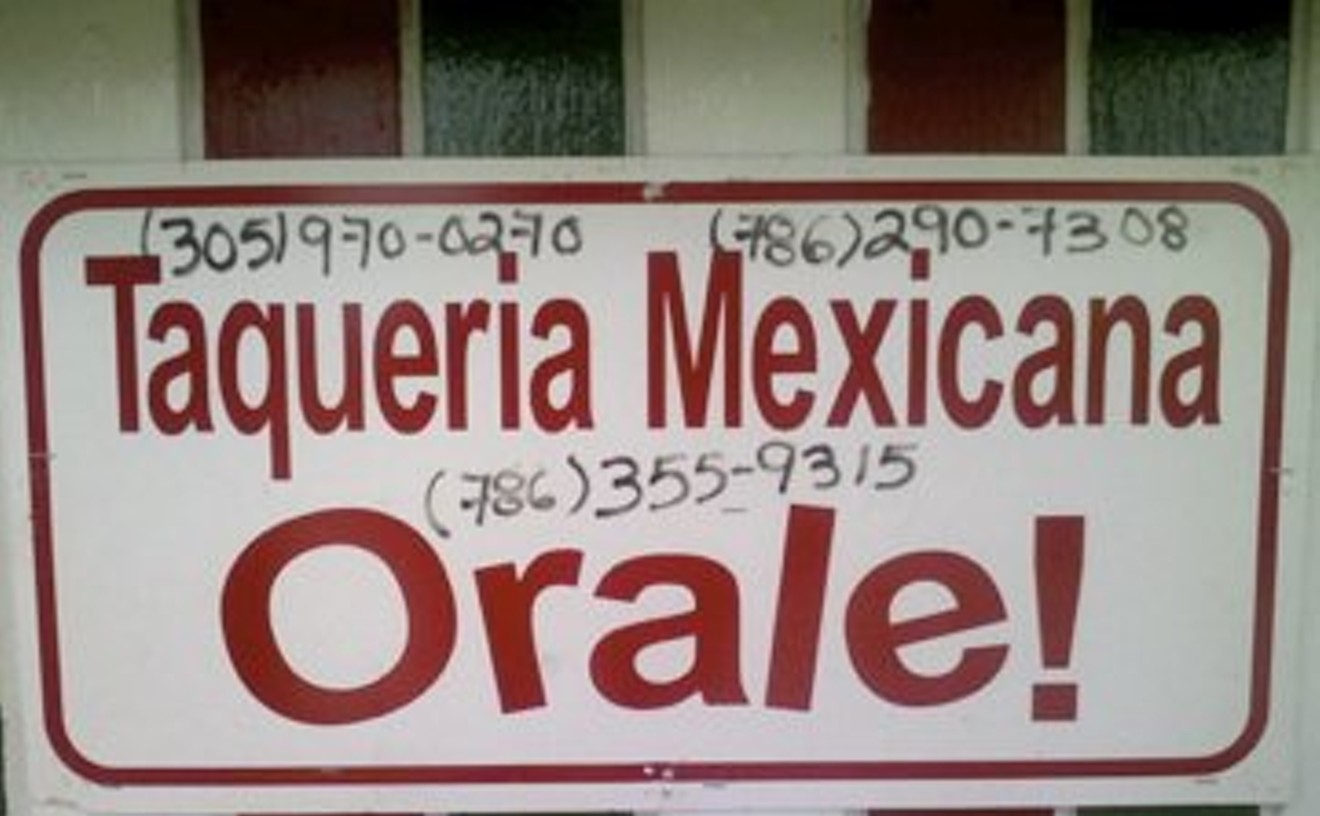 A corn tortilla folded over meat — the taco is so simple a concept, yet it used to be nearly impossible to find one made properly around here. That changed three years ago when Orale — a red, white, and green-striped taqueria-on-wheels — pulled into its now-customary parking spot on the SW 28th Street side of Douglas Park. Every weekend, from morning till 7 p.m., Moises and Francisco, brothers from just outside Oaxaca, griddle up tacos, tacos, and more tacos for an ever-increasing number of devotees. Some of the best include juicy barbecue lamb (barbacoa); slowly roasted pork (carnitas de cerdo); and the less familiar lengua (tongue), suadereo (the fatty, riblike beef belly), and cachete (cheek). Have it your way by adding traditional stuffers such as chopped onion, cilantro, radish slices, a squeeze of lime, or any of three searing salsas — hot, hotter, and hoo-boy! Contrary to popular opinion, the best things in life aren't free, but sometimes they come pretty damn cheap: Orales's tacos cost $2.50 apiece (cash only).