Classic Films in Miami: All the Spooky Stories Coming to Local Cinemas

Psycho, showing at Bill Cosford Cinema this month. Universal Pictures
It’s a real American horror story when there aren’t any good events in town. But Miami has plenty this October for you to explore, especially if you’re into cinema. Spend every night that isn’t Halloween (and, well, maybe Halloween too) in a movie theater this season and spread the fear. Here’s what’s in store for in the world of classic cinema this month.

The cinema also has plenty of programming outside of its midnight series, including a screening of Andrei Tarkovsky’s Andrei Rublev on October 10, and two showings of Ernest & Celestine on October 13 and 14 as part of Family Day on Aragon.

You can also check out a screening of All the President’s Men on October 30, with a special introduction by Miami Herald writer Rene Rodriguez. He will also moderate a conversation with former Miami Herald publisher and author of the newly published memoir A Dedicated Life, David Lawrence Jr., and current Miami Herald investigative reporters and Pulitzer Prize-winners Casey Frank, Carol Marbin Miller, and Nicholas Nehamas about journalism and the importance of a free press in today’s world of fake news and partisan politics.

Scream
Dimension Films
Nite Owl Theater. October has started off strong at Nite Owl Theater, with films like The Gates of Hell, Color Me Blood Red, Blood Feast, Two Thousand Maniacs!, The Beyond, Wizard of Gore, The Serpent and the Rainbow, Moonshine Mountain, and The House by the Cemetery having already played. But there’s plenty more to see there this month.

The week leading up to Halloween packs a wallop: Alice Cooper: Welcome to My Nightmare and Day of the Dead on October 25, followed by Nosferatu, Day of the Dead and Rocky Horror Picture Show on October 26. Saturday, October 27, not only features Nosferatu, Scream on 35mm, and Terror in the Aisles, but Nite Owl Theater's well-known Up All Nite series with 12 hours of horror movies. This year's collection of films has yet to be announced. 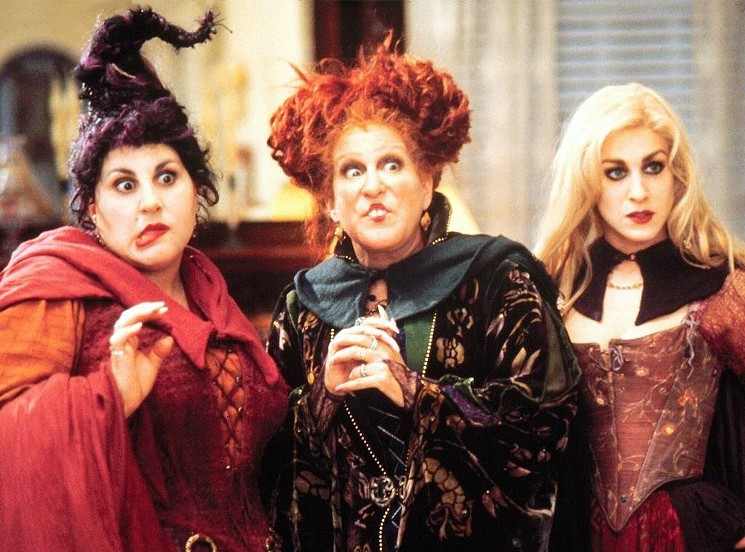 Hocus Pocus
Disney
O Cinema. If you missed the 4K restoration of Halloween earlier this month at O Cinema, no need to worry. O has some thrills for you in store at both their Wynwood and Miami Beach locations.

Over at O Cinema Miami Beach, you can catch one or two screenings of everyone's favorite Hocus Pocus, presented in partnership with Flaming Classics. October 13 is a night showing with a performance by Andro Gin and October 14 brings a matinee family-friendly performance by Jupiter Velvet. A week later, on October 20, O Cinema's annual tradition of screening The Rocky Horror Picture Show is happening, hosted by Persephone Von Lips.

At O Cinema Wynwood, you can catch a new restoration of Don Coscarelli's Phantasm on October 26 as part of its series. 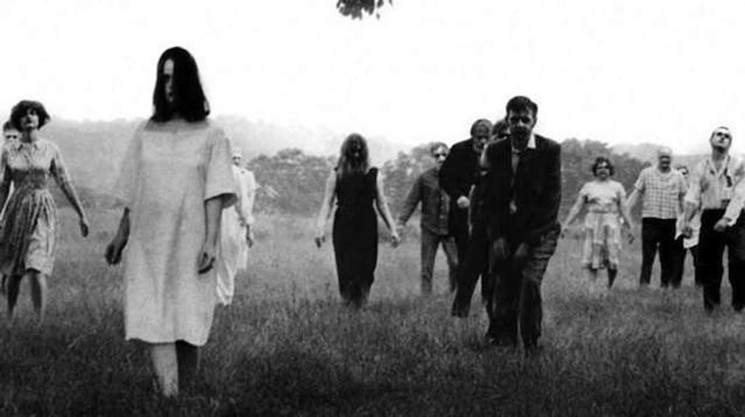 Night of the Living Dead
Criterion
SoundScape Park at the New World Center. Now that summer is over, the free Cinema Series at SoundScape Park has kicked off again this year and with it comes a new collection of classics paired with the occasional recent release. This month features three classic films, of which you hopefully didn't miss the kick-off screening of The Neverending Story last week. On October 17, there's a 70th-anniversary screening of Powell & Pressburger's The Red Shoes, and on October 31 there's a 50th-anniversary screening of George Romero's The Night of the Living Dead.
KEEP MIAMI NEW TIMES FREE... Since we started Miami New Times, it has been defined as the free, independent voice of Miami, and we'd like to keep it that way. With local media under siege, it's more important than ever for us to rally support behind funding our local journalism. You can help by participating in our "I Support" program, allowing us to keep offering readers access to our incisive coverage of local news, food and culture with no paywalls.
Make a one-time donation today for as little as $1.