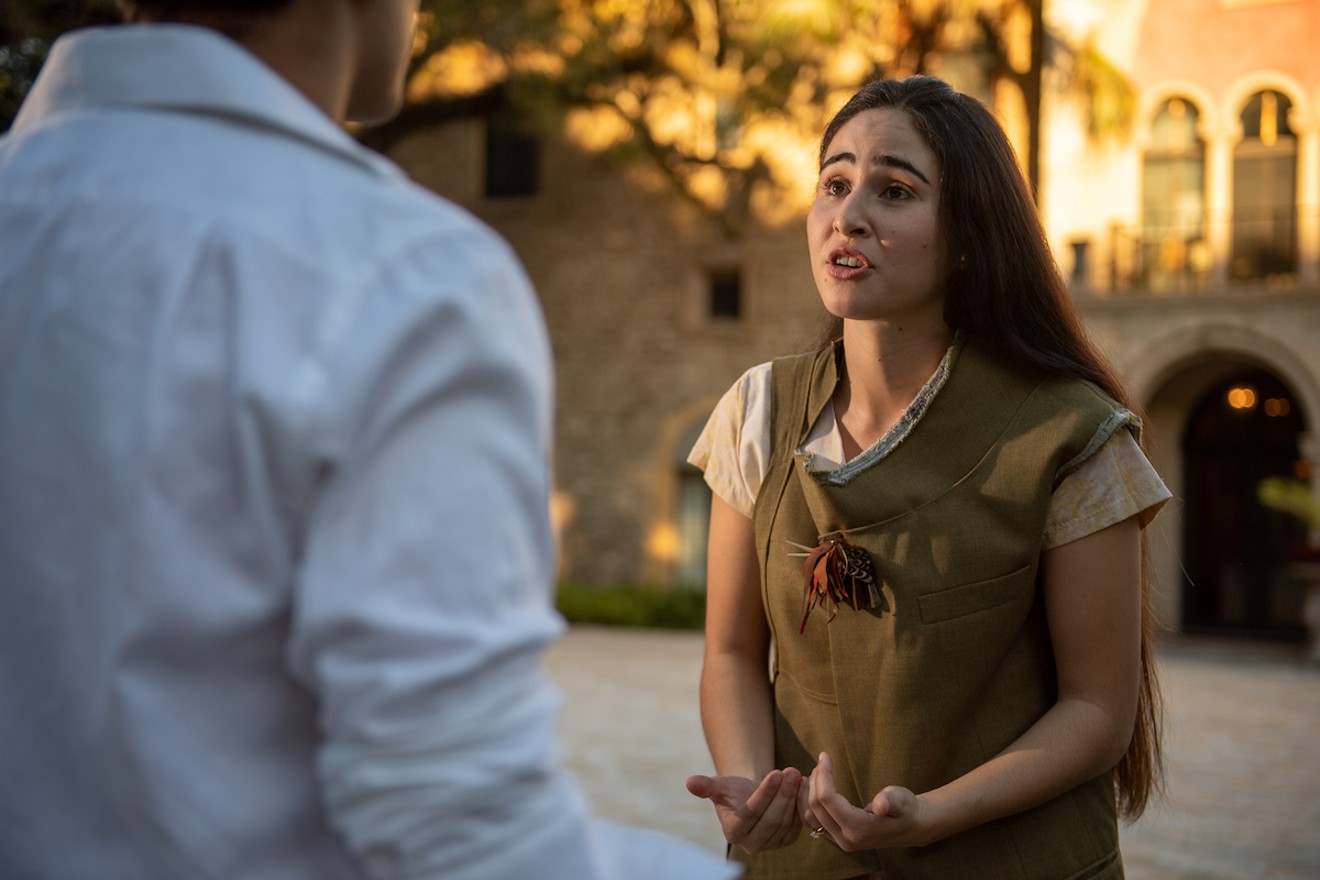 Dayana Morales' stars are the character Magdalena in the "open house" portion of "Prelude to 2100." Photo by Armando Rodriguez/Miami-Dade County
An interactive art exhibit called "Prelude to 2100," which opens Thursday, February 3, presents the historic Deering Estate as a place of refuge for people from around the world displaced by climate change in 2050.

"Prelude to 2100" is an immersive art experience in which visitors attend an "open house" presented by the refugees and learn how their worlds have changed.

"This is really bringing together a lot of things — dance, theater, music, visual artists," says Susan Caraballo, who conceived of the project as a way to show how climate change will affect Florida and the world. "It's a big multidisciplinary event that is specifically addressing these issues."

She started working on "Prelude to 2100" with playwright Juan C. Sanchez more than a year ago, reaching out to artists, holding auditions, and hosting a three-week workshop at the Deering Estate. Plans were changed several times because of COVID-19. 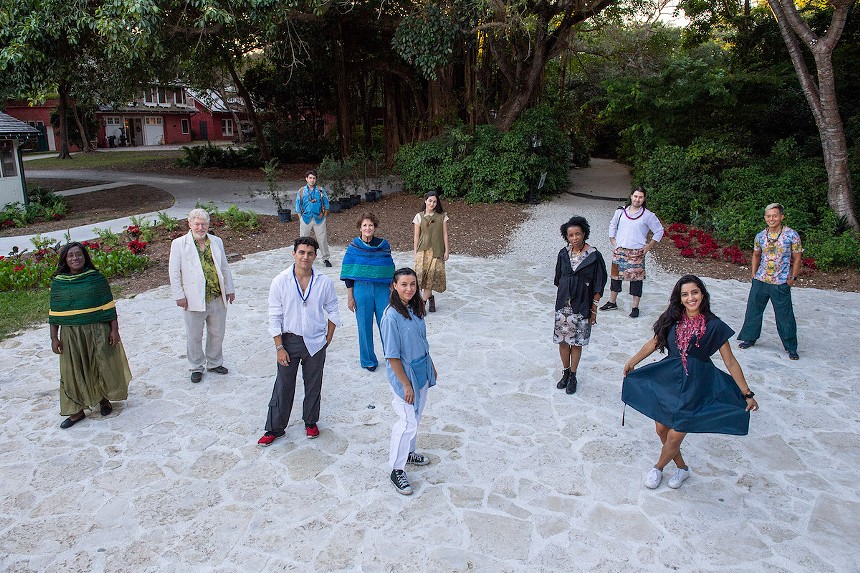 The ensemble cast of "Prelude to 2100."
Photo by Armando Rodriguez/Miami-Dade County
The experience consists of several interactive installations. Upon arrival, guests receive $5 in fictional currency they can use to buy food and drink and interact with the installations. And in exchange for offering advice on ways to combat climate change, guests can receive Laurencia Strauss' snow-globe-shaped popsicles called "bubble pops." After enjoying the dessert, they can read advice from other customers that Strauss has transcribed onto the sticks.

"The 'Bubble Pops' title refers to popsicles and to the end of an illusionary world where we deny and ignore the climate crisis threats to South Florida," Strauss explains. "I hope people who participate in the Bubble Pops have a playful and provocative experience that reminds them of our capacity to take care of ourselves, each other, and the planet."

The exhibition is intended to provoke thought about changing behavior.

"It's not about having a solution to climate change because one person cannot do that," Caraballo says. "I hope that they feel empowered to take action in whatever that means for them. For some people, it could be as simple as using a reusable water bottle and reusable bags. For another person, it could mean wanting to run for office."

Dayana Morales, an actress who plays 27-year-old Magdalena from Venezuela, got involved with "Prelude to 2100" six months ago.

"I think climate change is something that everyone knows about, but they cannot relate," Morales says. "I think through theater and art, there's that humanity that's missing on the topic of climate change."

Morales performs in the "open house" component of the exhibit, in which the refugees work together to survive at the Deering Estate in spite of hurricanes, droughts, mudslides, floods, and more.

"But we do not have to wait until that to take action," Morales notes.

This article was originally published in the South Florida Media Network.
KEEP MIAMI NEW TIMES FREE... Since we started Miami New Times, it has been defined as the free, independent voice of Miami, and we'd like to keep it that way. With local media under siege, it's more important than ever for us to rally support behind funding our local journalism. You can help by participating in our "I Support" program, allowing us to keep offering readers access to our incisive coverage of local news, food and culture with no paywalls.
Make a one-time donation today for as little as $1.