If Irad Ortiz Jr. thought he could keep Life Is Good's runaway November 6 win in the Breeders' Cup Dirt Mile a secret, he was wrong. Photo by Rob Carr/Getty Images
A few years ago, I was hanging out by the pool at a cousin-in-law's residence in Parkland, sucking down beers. Though she grew up in Wisconsin, my hostess had grown fond of the South. And geographically speaking, she lived about as far south as one possibly can while still residing in the continental United States.

At a family gathering, someone said something to the effect of, "You love the South, so you must really like it." To this, she replied, "Florida's not the South; it's a suburb of Long Island."

Speaking of misdirection, it just so happens that a 6-year-old horse named Knicks Go is vying to defend his title in the $3 million Pegasus World Cup Invitational at Gulfstream Park this Saturday, January 29. But Knicks Go, who established himself as the best racehorse in the land by virtue of his easy victory in November's Breeders' Cup Classic at Del Mar, is not what he seems.

In spite of his name, which one would assume is a reference to the NBA's New York Knicks, Knicks Go was bred in Maryland and is owned by the Korean Racing Authority. His name has nothing to do with the Knicks. Its proper pronunciation is "K-Nicks," with the "K" standing for Korea and "nicks" being a breeding term involving the selection of successful sire-mare combinations.

Knicks Go won last year's Pegasus World Cup in wire-to-wire fashion on the heels of a victory in the Breeders' Cup Dirt Mile, which is exactly what the other top contender in this year's race, 4-year-old Life Is Good, will attempt to do. While Knicks Go, a 6-5 morning line favorite to defend his title, has cemented his status as the most accomplished router on the circuit, Life Is Good (7-5 on the morning line) has only lost once in six starts and might be the fastest, having set blistering fractions in the Dirt Mile and daring his rivals to catch him in what wound up being a 5-3/4-length romp.

Of course, the Pegasus will be run at 1-1/8 miles and Life Is Good has never competed in a race longer than 1-1/16, which could be cause for concern. But some horses are so good that such dynamics don't matter. Knicks Go, for one, faced the same setup heading into last year's race, and it didn't bother him.

The sport's astute observers have been pining for a Knicks Go vs. Life Is Good face-off (the two horses have never raced against one another) since their dominant Del Mar performances in the fall, and here they'll have it. On paper, this looks to be a match race, with the duo's top rivals destined to bring up the rear.

If you see it that way, bet on Life Is Good, whose ceiling may yet be unrealized.

But as with Knicks Go's pedigree and nomenclature, things aren't always what they seem, especially in horse racing. When Arrogate and California Chrome locked horns in the Pegasus' inaugural edition back in 2017, that too was billed as a potential match race. Arrogate wound up cruising to victory, while a gimpy Chrome got his doors blown off and finished ninth.

Scanning the remainder of the likely final field, it's useful to look for live long shots. On that score, one horse stands out: Title Ready (20-1 on the morning line). Back in early 2019, the colt ran his ass off in losing by less than a length to Vino Rosso, eventual winner of that year's Breeders' Cup Classic, in the Stymie Stakes at New York's Aqueduct Racetrack. He hasn't done a whole lot since, but if the Dallas Stewart trainee can find a time machine and the frontrunners incinerate on the lead, the pieces could be there for the picking up.

Those more inclined to the social element of Pegasus Day will be edified to note that Ja Rule will be performing alongside Lil Kim and Mase at Gulfstream's Carousel Club on Saturday. So even if the races on the day's stacked card prove to be a dud, the off-track bash is odds-on to be straight Fyre. (If Gulfstream owner 1/ST is looking to add even more fun to next year's winged-horse fiesta, I humbly suggest a resurrection of the fabled Preakness toilet run, a longtime staple at Pimlico, which the company also owns.)

Update 2 p.m.: This story has been updated to reflect this afternoon's post-positon draw and morning-line odds for the 2022 Pegasus World Cup Invitational. The complete field is shown in the screenshot below.
click to enlarge

Knicks Go, the defending champ, will break from the rail in a likely attempt to wire the field in the 2022 Pegasus World Cup Invitational at Gulfstream Park.
Screenshot via pegasusworldcup.com
Pegasus World Cup Day. 9 a.m. Saturday, January 29, at Gulfstream Park Racing & Casino, 901 S. Federal Hwy., Hallandale Beach; 954-454-7000; pegasusworldcup.com. Tickets cost $79 to $7,500 via tixr.com.
KEEP MIAMI NEW TIMES FREE... Since we started Miami New Times, it has been defined as the free, independent voice of Miami, and we'd like to keep it that way. With local media under siege, it's more important than ever for us to rally support behind funding our local journalism. You can help by participating in our "I Support" program, allowing us to keep offering readers access to our incisive coverage of local news, food and culture with no paywalls.
Make a one-time donation today for as little as $1. 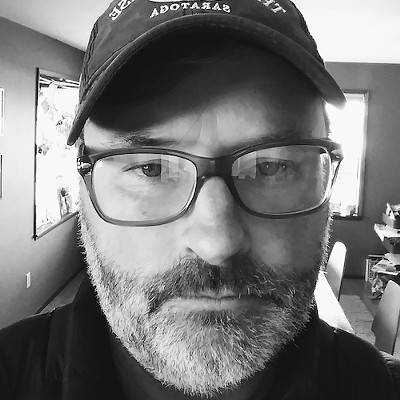