John Waters on Pink Flamingos, Poppers, and Poking Fun at Everything 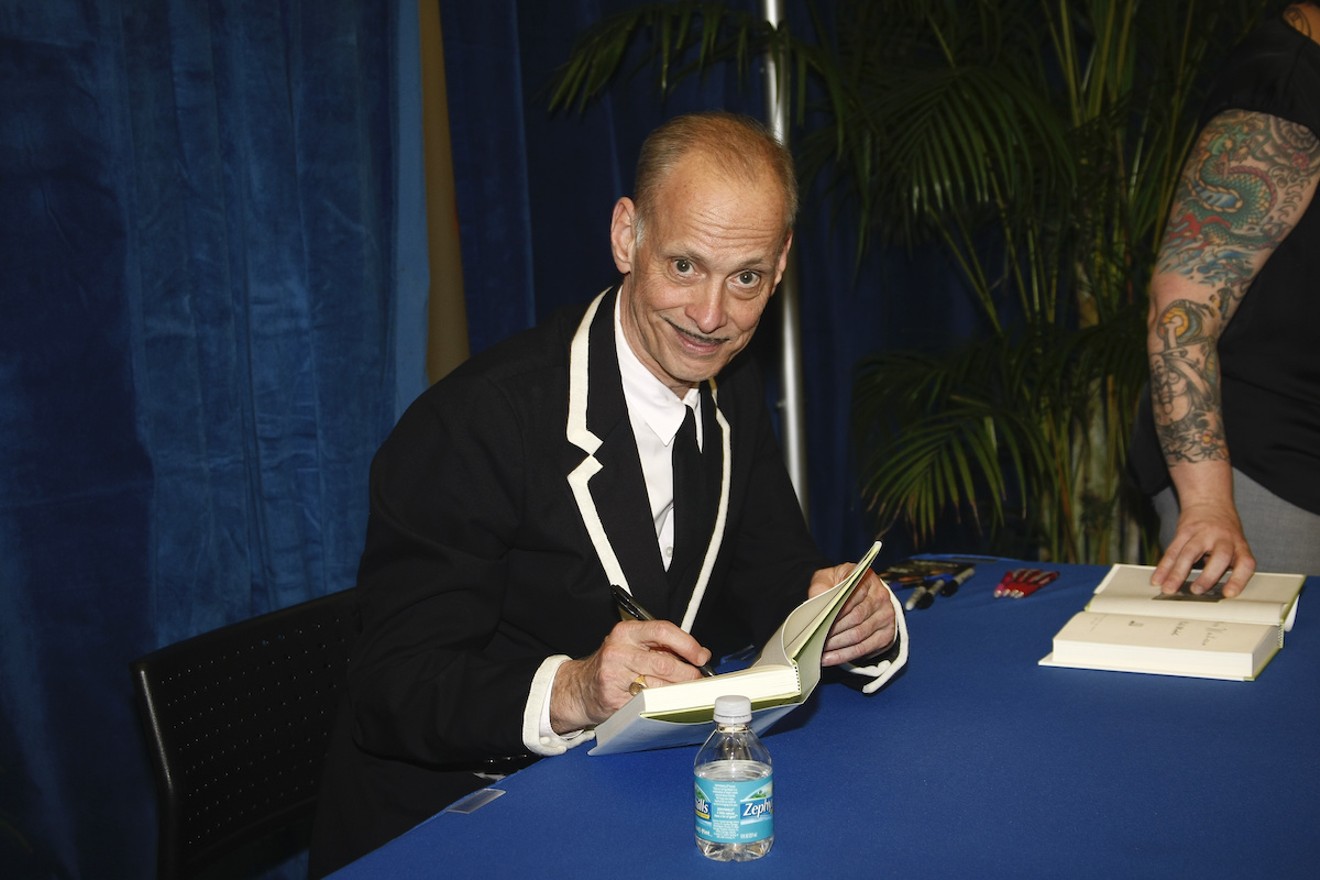 John Waters is the pope of trash. Photo courtesy of Miami Book Fair
John Waters has become a wonderful staple at the Miami Book Fair over the years. The pope of trash previously blessed the Magic City with his presence in 2010 and 2014 in support of his books Role Models and Carsick. He's set to return this year with his latest memoir, Mr. Know-It-All. Waters' most recent tome picks up where Shock Value left off — covering the aftermath of the production of Desperate Living before sliding into the making of his films Polyester, Hairspray, Cry-Baby, and beyond.

"I really like the art part of Miami," Waters says by phone when asked about the city. "But I mostly like the book fair because it's always a good one with a lot of really good people.

"This year, Debbie Harry is coming, so I get to say hi to her since she's my friend, and she's in the book, though they'll probably schedule us on different days," he adds with a laugh.

Harry is just one of numerous celebrity cameos in Mr. Know-It-All, in which Waters covers everything from fighting the MPAA on more than one occasion to seeing Academy Award-winning directors snort their weight in poppers. As is his wont, the 73-year-old Waters is happy to joke and discuss only the book's chapter on drug use (which includes a full description of taking LSD at the age of 70).

"Oh, God! Well, they do smell pretty horrible, but I actually don't do poppers as much as you'd think even though people give me them in every city," he admits after being informed that pumpkin-spice-scented ones now exist. "And, actually, the only airport I know in the world that has a sign saying, 'No poppers,' is in Provincetown [Massachusetts]. We didn't always do it for sex when I was young, though. We'd go shopping, and it was like that movie — The Idiots by Lars von Trier — looking like we were mentally ill and causing a scene, and people would run away, so we could shoplift easily!

"I actually knew a girl who was addicted to poppers!" he adds. "She used to hang out in the laundromat in a sheer nightgown with them and say to people, 'You wanna hit?' We told her she couldn't just go to the laundromat half-naked and ask people to do drugs, because that'd end badly, but it didn't. I guess people figured why not try it while their clothes were drying?"

Macmillan
Waters — who has spent a lifetime making films, writing books, recording albums, and touring to every corner of the Earth — has had his fair share of odd experiences, but they come with decades of work and a busy schedule. Asked how he keeps up with it, he explains, "I like my work. If I had to work these hours at a job I hate, it'd be torture, but I only get one life. I wanna see every movie; I wanna go everywhere; I wanna meet every person that has enabled me to get away with this my whole life."

He elaborates, "It's a blessing to stay in touch with all my fans all over the world. Like, who would have thought I'd ever fly to Tasmania for a sold-out show with someone dressed as Edith Massey. It's so strange and sweet. I say in the book: 'The day you stop touring, it's over.' And you have to keep doing it because someone is always waiting to steal your place. And getting to stay in touch with all these people is important to me."

And he does keep up with everything: His annual list of the Top 10 films of the year will hit the presses in just a month, and numerous chapters of Mr. Know-It-All detail all sorts of his favorite (and least favorite) things, from music of every genre to monkey art. However provocative he gets, it always seems like he's laughing with readers instead of at them.

"I'm not mean, even when I'm laughing at things I like," he explains. "Some might take offense to me comparing the art world to monkey art, but I mean it as a compliment. In the monkey world, there are contemporary artists with unique careers and styles that are similar to our world; they have just not yet been canonized."

One essential thing Waters notes, both in the book and in conversation, is how watching his films with an audience differs from the experience of watching alone, an especially important distinction in the streaming era. "It makes a big difference, especially with something like Pink Flamingos! I've never been found guilty of obscenity when I go to court, but when you're enjoying it at midnight with the power of an audience versus watching it at 10 a.m. in a courthouse with jurors, it can be obscene! Context has a lot to do with how we see things."

A scene from Pink Flamingos.
Photo courtesy of Criterion
This kind of accessibility is a positive for Waters, and he praises the Criterion Collection, which recently released restorations of Multiple Maniacs, Female Trouble, and Polyester and which he says has always been great to him. "Even back when laserdiscs were a thing, they were putting out my films! People say Pink Flamingos wasn't commercial, but I think it ended up really being so. It cost $10,000, and it's still playing everywhere!"

When the topic of Netflix comes up, he says, "I actually think the first thing they ever produced was [Jeff Garlin's] This Filthy World." Waters adds, "I'm all for Netflix! I'm all for anybody that can say yes. There used to be 20 places where I could pitch a movie, and now there's about three. If there's four because of Netflix, it's all good."

But asked about when he'll get a Netflix miniseries of his own, Waters admits he's happier working with books. "They do better. And nobody wants to be an underground filmmaker in their 70s who makes a comeback through Kickstarter. I own three homes! It's a little offensive, I think, to do that! I think I've made my last movie, but the old ones keep coming out, getting turned into musicals, and who knows what else. They have a life of their own now."

Miami Book Fair 2019: In Conversation With John Waters and Juan Antonio Barquin. 8 p.m. Tuesday, November 19, at the Chapman Conference Center, 254 NE Fourth St., Building 3, Miami. Tickets cost $20 via miamibookfair.com.
KEEP MIAMI NEW TIMES FREE... Since we started Miami New Times, it has been defined as the free, independent voice of Miami, and we'd like to keep it that way. With local media under siege, it's more important than ever for us to rally support behind funding our local journalism. You can help by participating in our "I Support" program, allowing us to keep offering readers access to our incisive coverage of local news, food and culture with no paywalls.
Make a one-time donation today for as little as $1.