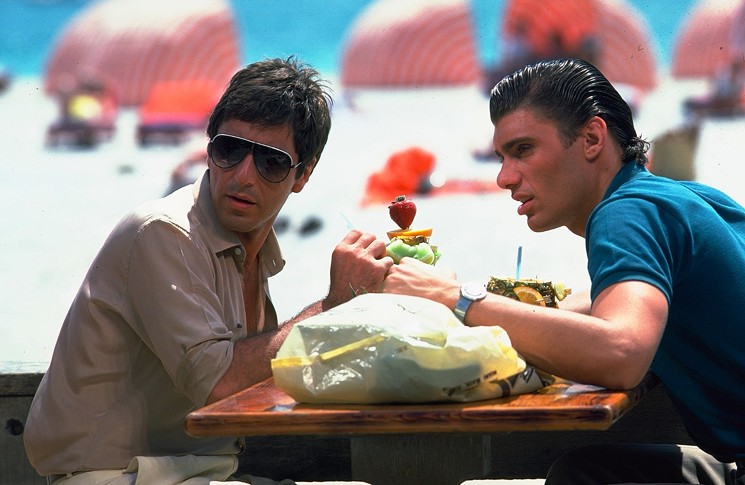 Shouldn’t this be number one? Frankly, few people thought Scarface was that great when it was first released. The cult following came later, based on either an ironic appreciation or a primal fascination for its grotesque depiction of Cuban-American masculinity and all the misogyny, violence, and gaudiness that comes with it. Still, they're fitting reasons to love this film, considering the city where it was shot. Director Brian De Palma captures the malaise of the effects of the Mariel Boatlift and amps up a cautionary tale of the cocaine-pedaling Marielitos who came to Miami to strike paranoia, hatred, and fear into tourists and locals alike. 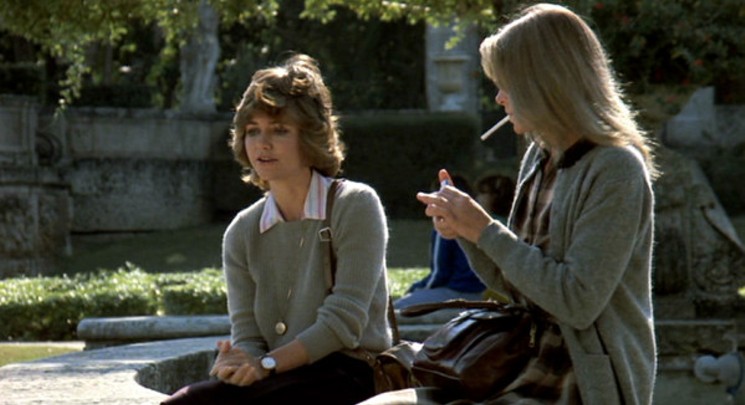 It’s a sad fact for those who have grown up in Miami: Corruption abounds. The city is largely built on shady deals and questionable ethics. If you aren’t cheating in some way, you’re doing it wrong. Shot by a hot Hollywood director of the time (the late Sydney Pollack), Absence of Malice made investigative reporting look really bad, as Sally Field’s character snatches up facts of a “secret investigation” that are leaked to her, prints a story about it with no attribution, and ultimately sleeps with the subject of said investigation (Paul Newman). But it’s also a story about love, so damn the ethics. With scenes shot at Vizcaya, the old Miami Herald building, Coral Gables, and Coconut Grove, the film slides right into Miami's environment.
8. River of Grass (1994)
Famed indie director Kelly Reichardt grew up on the border between Miami-Dade and Broward Counties. Though she has moved on from making movies locally, her debut feature certainly proved she could capture the ennui of the ordinary places of the area, hardly any of which remain. She even shot several scenes at the Royal Court Motel on Biscayne Boulevard while it was being demolished. The film followed a couple of slackers (Lisa Bowman and Larry Fessenden) who want to flee their boring lives but can’t seem to get out of Broward before boredom turns to one of the most uneventful and morose murders ever. 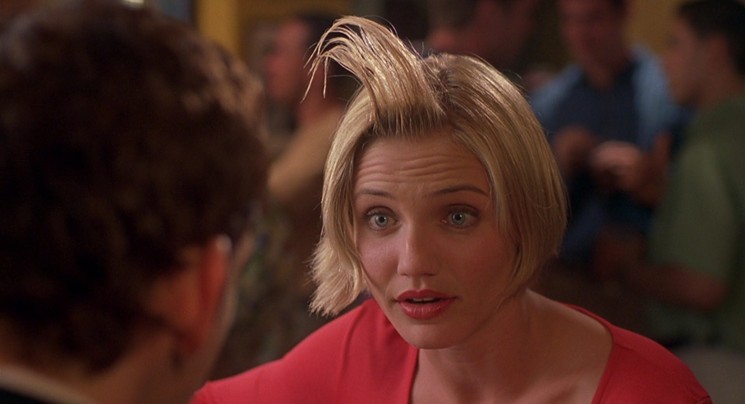 Twentieth Century Fox
9. There's Something About Mary (1998)
The twisted, politically incorrect humor of the Farrelly brothers perfectly culminates in Miami Beach with scenes of semen in hair, a testicle-chomping terrier, and a leathery old lady who has no shame flashing her sagging knockers. Mary, the object of desire for characters played by Matt Dillon, Ben Stiller, Lee Evans, Chris Elliot, and even Brett Favre as himself, is played by Cuban-American actress Cameron Diaz. Besides filming in Miami Beach and Miami, the movie was also shot in Plantation, and the filmmakers even used Greenwich Studios in North Miami for interiors. 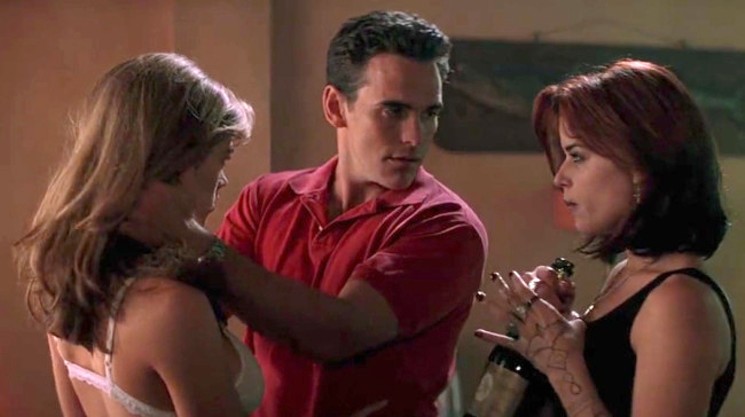 Wild Things is one of the hottest movies shot in Miami, even if inadvertently comically so. It opens with an aerial view of South Florida, from the Everglades to Brickell to the Ransom Everglades School, where shenanigans about false accusations of rape and insurance fraud unfold. From a cheap Opa-locka strip mall to the regal Mediterranean-style Coral Gables City Hall, an array of landmarks are used. But it’s the over-the-top ménage à trois tension among two beautiful high-school students played by Neve Campbell and Denise Richards and an unethical high-school adviser played by Matt Dillon that are the film’s seedy heart and soul. The slow-motion ogling of the camera against self-aware sexy music is as shameless as the city that inspires it.