Minari Explores the Complicated Concept of the American Dream 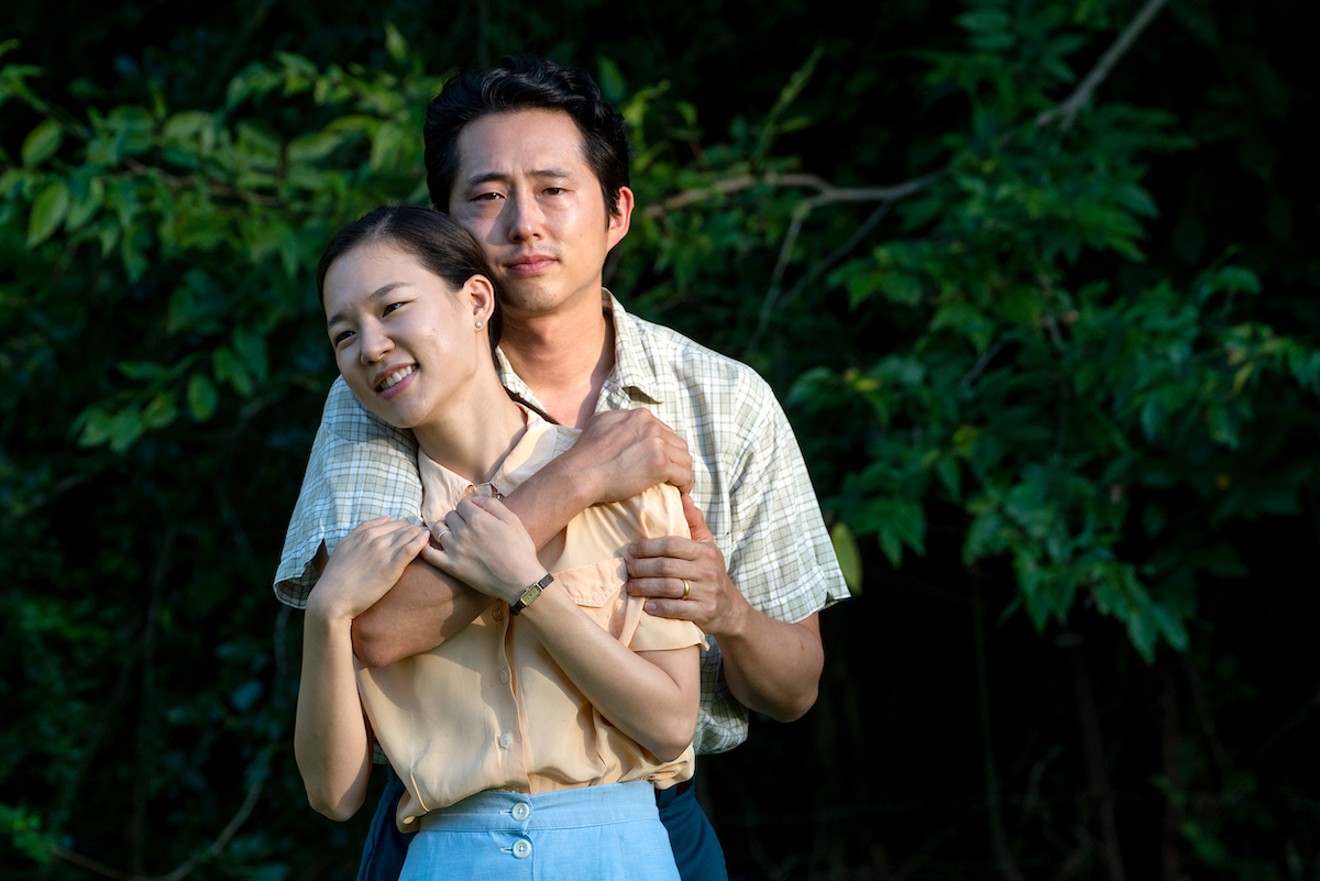 Photo courtesy of A24
Water is integral to life. It is a requirement to survive and to thrive. It is a concept poetically explored in Lee Isaac Chung’s heartbreaking and heartwarming Minari. Chung lends his own experiences to the semiautobiographical film, creating a story that's uniquely personal as much as it is universal. It is a film about the complicated idea of the “American Dream,” complete with its abundant promises and harsh realities.

The toast of the 2020 Sundance Film Festival, the movie has finally been released after a particularly difficult year for the American dream.

Minari opens as the Yis, a Korean immigrant family consisting of father Jacob (Steven Yeun), mother Monica (Yeri Han), daughter Ann (Noel Kate Cho), and David (Alan Kim), uproot themselves from California in the 1980s and move to rural Arkansas in pursuit of a better life. Fed up with a dead-end career, Jacob has transplanted his family to a large acreage in the middle of nowhere to launch a farm specialized in Korean foods. The film delves into the dedication, sacrifice, and sense of isolation associated with this mission.

An award winner at Sundance, the film promises to enter this year’s award season and has already generated controversy. The film received a Golden Globe nomination for Best Foreign Language Film but found itself excluded from a Best Picture nomination because Korean dominates the film's spoken language. (A similar fate befell Miami’s own Lulu Wang when her film The Farewell was excluded from a Best Picture nomination based on its Chinese dialogue.)

This decision launched thousands of tweets and numerous think pieces about what it means to be “American” and what it means to be “foreign.” To be clear, Minari is very much an American film in both its content and its production. This is worth thinking about during and after viewing it, as the number of hate crimes against Asian-Americans has risen alarmingly over the past year. Minari is absolutely about the promise America had — and continues to have — for millions of immigrants and their families.

It’s strange that such an uncontroversial film finds itself embroiled in these greater cultural debates; at its heart Minari is an excellent and relatable drama about the trials and tribulations of a nuclear family. While the film does explore the Yis' position as outsiders in their small community, Chung focuses on the dynamics between the family members — one that is complicated by the arrival of Monica’s mother, Soonja (Yuh-jung Youn).

In a divided nation, Minari is a welcome humanist take on the American dream.

The base conflict lies between mother and father. Jacob is eager to pursue his dream of operating a farm in order to give his family the best life possible. Monica, on the other hand, is concerned about the sacrifices the dream demands. She is isolated from the sense of Korean community they enjoyed back in California. Jacob attempts to remedy this by having Soonja move in. Exploring the developing gulf between Jacob and Monica, Chung creates an incredibly moving portrait of marriage and the importance of communication, trust, and teamwork. 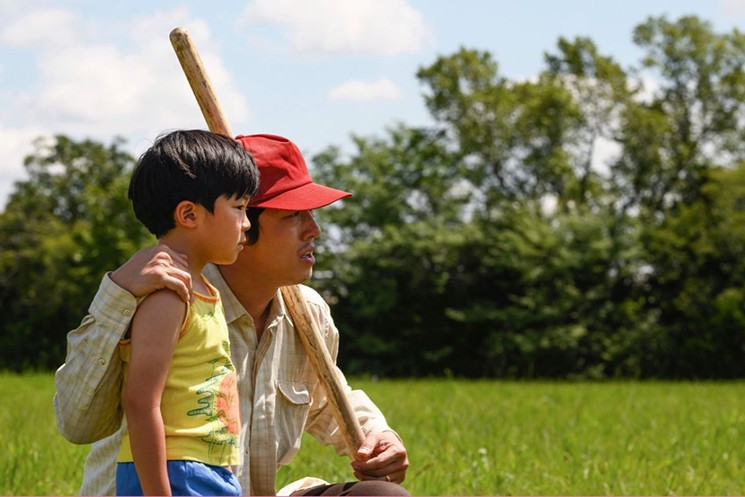 Photo courtesy of A24
Chung adds humor to the film through a subplot involving the relationship between David and Soonja. Throughout the film, David is perturbed by Soonja’s demeanor. He constantly chides that she is not like other grandmothers, as she doesn't bake cookies and spends her time cursing, gambling, and watching professional wrestling on TV. Their hilarious antagonism also reveals a fascinating look at intergenerational relationships within immigrant families. David’s “Korean-ness” and “American-ness” are interrogated throughout the film, and the eventual understanding that develops between grandmother and grandson is a beautiful portrayal of family.

In a divided nation, Minari is a welcome humanist take on the American dream. As a result, it is the performances that elevate this film into the best of the year. As the family patriarch, Steven Yeun, best known as Glenn from The Walking Dead, balances stoicism and romanticism as he works tirelessly for his family. Chung and Yeun have created an incredibly complex portrait of a man who chases his dream at the risk of losing everything he has. As the grandmother, Youn is a scene-stealer, providing the perfect amount of wisdom and chaos. As Anne, the no-nonsense older sister, Cho represents the pressures of being the “model minority” with grace and deadpan delivery. David, played by Kim, perhaps the cutest child actor since Enzo Staiola in Bicycle Thieves, is wonderfully mischievous. Together, the brother and sister provide fascinating representations of the second-generation experience.

While Yeun's and Youn's performances stand out, it’s worth singling out the subtle work of Yeri Han as Monica. It is a role that easily could have been the stereotypical nagging wife and mother, but Han and Chung's work here is the heart of Minari. Han gives a truly remarkable and nuanced performance so central to the immigrant experience. Filled with a sense of impending doom, she captures the isolation and loneliness breathtakingly and beautifully. Han maintains a skeptical severity throughout much of the film that can easily be juxtaposed with sensitivity and emotion from the sight of dried anchovies. Monica is hesitant to be happy because she understands the ephemeral nature of happiness, and Han wonderfully conveys conflicting emotions in a masterful performance.

It would be criminal to reveal too many plot points from the film, but Chung captures life's realities expertly in the screenplay and direction. Obstacle after obstacle exacerbates the Yi family's tenuous position, and every triumph seems tempered with tragedy, but their resilience captivates. It’s an expert production from the editing to the sound to the landscapes and cinematography, which might have you looking into acquiring some heartland property. Along with his cast and crew, Chung has created one of those rare movies you could watch well beyond its run time. It’s an achievement that becomes possible only when actors and director give the audience a fully realized cinematic world. Both timely and timeless, Minari is the perfect antidote to an arduous year.

Minari. Starring Steven Yeun, Yeri Han, Alan S. Kim, Noel Cho, and Yuh-jung Youn. Written and directed by Lee Isaac Chung. Rated PG-13. 115 minutes. Premieres in theaters Friday, February 12, available on demand on Friday, February 26.
KEEP MIAMI NEW TIMES FREE... Since we started Miami New Times, it has been defined as the free, independent voice of Miami, and we'd like to keep it that way. With local media under siege, it's more important than ever for us to rally support behind funding our local journalism. You can help by participating in our "I Support" program, allowing us to keep offering readers access to our incisive coverage of local news, food and culture with no paywalls.
Make a one-time donation today for as little as $1.