Eyes on Miami: Jack Harlow, Tiësto, Swae Lee, and Others

Villa Azur had guests dancing into the night as the intimate restaurant transformed into a full-blown dinner party featuring live musical performances and more. 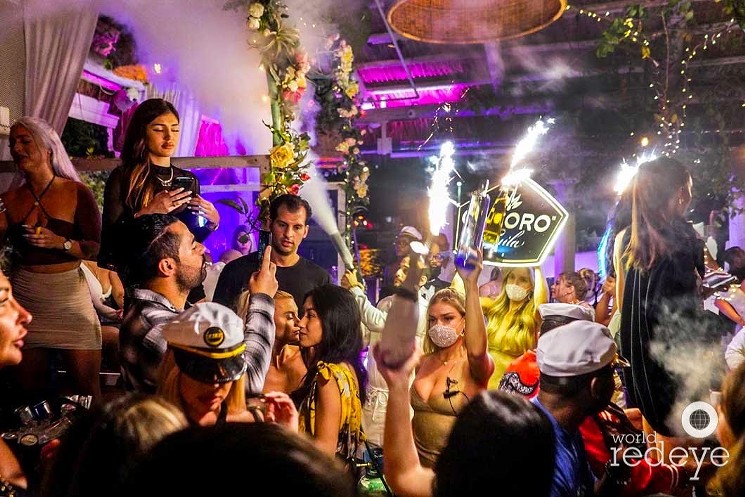 Kiki, do you love me? Because Miami sure does, as partygoers headed to the famous riverside party spot, Kiki on the River, for an epic night of celebrations. 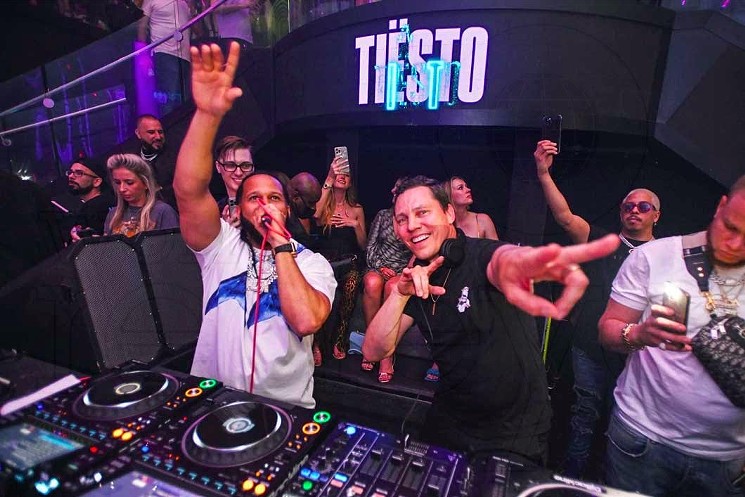 Tiësto got down to business on Saturday night when he took over LIV for an epic set. El Alfa joined him in the DJ booth to get the crowd hyped up, while Dave Portnoy was spotted in the crowd enjoying the music and partying with friends. 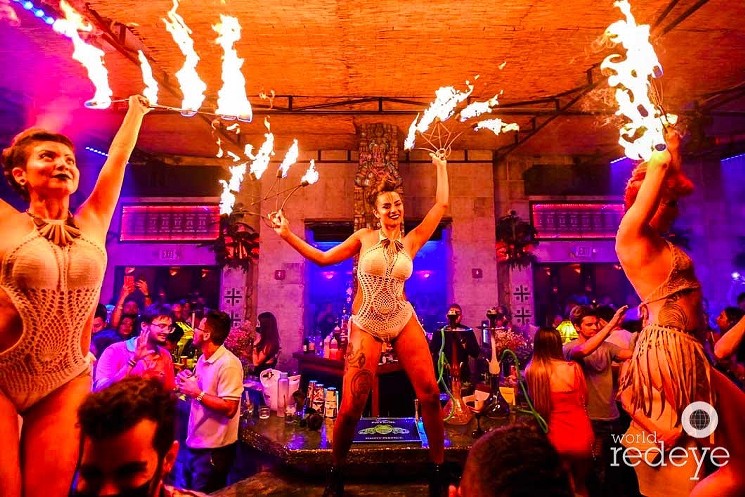 When the full moon is out, you know it's time to celebrate. On Saturday night guests headed to Mayami Mexicantina for some full-moon festivities in the heart of Wynwood, including breathtaking live performances, incredible music, and lots of partying.

Fridays at the Gramercy

The weekend festivities began early at the Gramercy on Friday night, as guests enjoyed food, cocktails, music, and live entertainment at the new American brasserie.

V&E Restaurant Group and Fabric Group LATAM came together to introduce a new concept, Paperfish Sushi, to the Brickell dining scene with an invitation-only grand opening celebration. The new contemporary izakaya showcased its artfully crafted cocktails and Nikkei cuisine at the private event, highlighting an interplay of fresh Japanese and Peruvian flavors.

When it comes to partying, no one does it better than E11even. On Saturday night Swae Lee took over the club for a high-energy performance that had the crowd turning up like never before, and even Bow Wow was spotted joining in on the fun and getting lit.

Saturday afternoon at Strawberry Moon was one to remember, as Loco Dice took over the decks for a funky poolside set that had partygoers dancing like no one was watching.

Hot on the heels of opening the beloved CarboneMiami, critically acclaimed global restaurant company Major Food Group (MFG) is continuing its Florida expansion with ZZ’s Club, a Japanese restaurant and membership club in the heart of the Miami Design District offering cuisine of the highest caliber, personalized hospitality, and unmatched amenities.

On Thursday night, Tina Brehon launched her Spring/Summer 2021 collection for Girl from Huntersville, in the Miami Design District. Her runway show allowed the crowd to experience the physical pleasure of seeing clothes in motion while highlighting body positivity and inclusivity. Notable attendees included Pharrell Williams, Dave and Isabela Grutman, amongst other familiar faces.

Rolling Loud started the pre-festival celebrations early, bringing Jack Harlow to Hyde Beach for an insane performance on Sunday afternoon. The crowd turned up to his hit songs “Whats Poppin” and “Tyler Herro” and had the place going wild until sundown.
KEEP MIAMI NEW TIMES FREE... Since we started Miami New Times, it has been defined as the free, independent voice of Miami, and we'd like to keep it that way. With local media under siege, it's more important than ever for us to rally support behind funding our local journalism. You can help by participating in our "I Support" program, allowing us to keep offering readers access to our incisive coverage of local news, food and culture with no paywalls.
Make a one-time donation today for as little as $1.