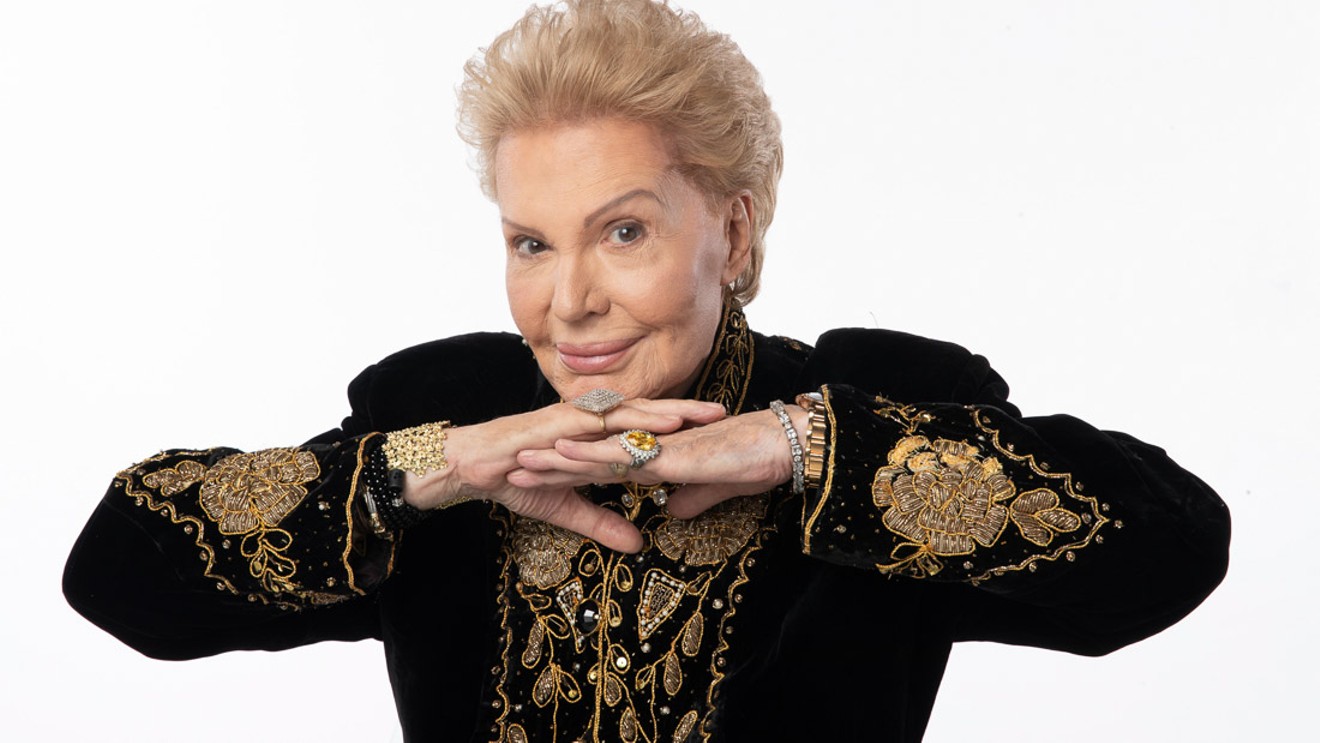 Mucho Mucho Amor Photo courtesy of Netflix
The lineup for Miami Dade College's Miami Film Festival was revealed today by the festival's executive director, Jaie Laplante, during a presentation at Silverspot Cinema in downtown Miami. The announcement revealed local ties for both opening- and closing-night features, as well as the more than 125 features and shorts from 30 countries that'll be screened at the festival.

The gathering will begin this Friday, March 6, and run through next Sunday, March 15. The first day will present a screening of the latest film adaptation of Miami noir novelist Charles Willeford's works — The Burnt Orange Heresy — starring Mick Jagger, Donald Sutherland, Elizabeth Debicki, and Claes Bang. Miami Film Festival will also celebrate Willeford with a 35mm screening of Miami Blues, as well as a monthlong exhibition of the late author's memorabilia and odes to other adaptations of his books at the Tower Theater.

“Charles Willeford’s classic 1971 art world noir thriller The Burnt Orange Heresy has been updated by director Giuseppe Capotondi and Academy Award-nominated screenwriter Scott Smith into a biting satire of the world of contemporary high art and the attendant, controversial role of art criticism that swirls around it — an apt examination for Miami’s current major destination status on the international art market,” Laplante said in a statement. “The film is swanky, steamy and sexy, with Willeford’s jet-black, cruelly-ironic humor firmly intact.”

On Saturday, March 14, Cristina Costantini and Kareem Tabsch's documentary about the life and vision of Puerto Rican astrologer Walter Mercado — Mucho Mucho Amor — will close out the festival during its Awards Night. Both filmmakers will be in attendance for the film, which is competing for the $30,000 Knight Made in MIA Feature Film Award and the festival's Documentary Achievement Award. The feature celebrates Mercado's long history with Miami and HistoryMiami Museum's recent exhibition honoring the late icon's 50-year legacy.

“There will be no better way to wrap up our 37th year of sharing our love for cinema and Miami than with Cristina and Kareem’s sharing of the incredibly positivity and love that the life of Walter Mercado represents,” Laplante added.

The Burnt Orange Heresy
Photo courtesy of Sony Pictures Classics
Two actors will receive the festival's Precious Gem this year: Oscar nominee Amy Ryan and Goya Award winner Emma Suárez. The former will receive the honor as the festival screens the Florida premiere of her lead performance in Liz Garbus' Lost Girls, while the latter will receive a Career Achievement Tribute prior to a screening of the U.S. premiere of her new film, Window to the Sea, and participate in a conversation with the film's director, Miguel Ángel Jiménez.

The Knight Heroes program will return this year, with three filmmakers coming forward to share their experiences in a two-hour session. This year's edition will feature Ari Aster (Midsommar, Hereditary), Stella Meghie (Everything Everything, The Photograph), and Lulu Wang (The Farewell).

All screenings at the Olympia Theater and Silverspot Cinema are part of the festival's CINEDWNTWN series, which includes other highlights, such as The Weasel's Tale, Resistance, Reefa, and Us Kids. Both Reefa and Us Kids join Mucho Mucho Amor and nine other features with substantial content in South Florida. Other films in the Knight Made in MIA Feature Film Award competition are When Liberty Burns, Chateau Vato, The Definition of Insanity, The Last Rafter, List(e)n, Marcus, Michael Tilson Thomas: Where Is Now, Paper Children, and They Call Me Dr. Miami.

The competition for the Knight Marimbas Award, the top honor at the festival, includes The Weasels Tale, Resistance, Detention, Dolly Kitty and Those Twinkling Stars, Eduardo and Monica, The Invisible, Out in the Open, Overnight, White Lie, Aadhaar, Aleli, And the Birds Rained Down, Arab Blues, Ema, High Tide, La Llorona, Lara, Only the Animals, Pacified, Proxima, The Sleepwalkers, Synchronic, and While at War.

Individual tickets for all festival events will go on sale to the general public Thursday, February 13. Festival members can preorder passes.

Miami Dade College's Miami Film Festival. Friday, March 6, through Sunday, March 15, at various locations across Miami-Dade; miamifilmfestival.com.
KEEP MIAMI NEW TIMES FREE... Since we started Miami New Times, it has been defined as the free, independent voice of Miami, and we'd like to keep it that way. With local media under siege, it's more important than ever for us to rally support behind funding our local journalism. You can help by participating in our "I Support" program, allowing us to keep offering readers access to our incisive coverage of local news, food and culture with no paywalls.
Make a one-time donation today for as little as $1.