Martin Margiela: In His Own Words Spotlights One of Fashion's Most Enigmatic Figures 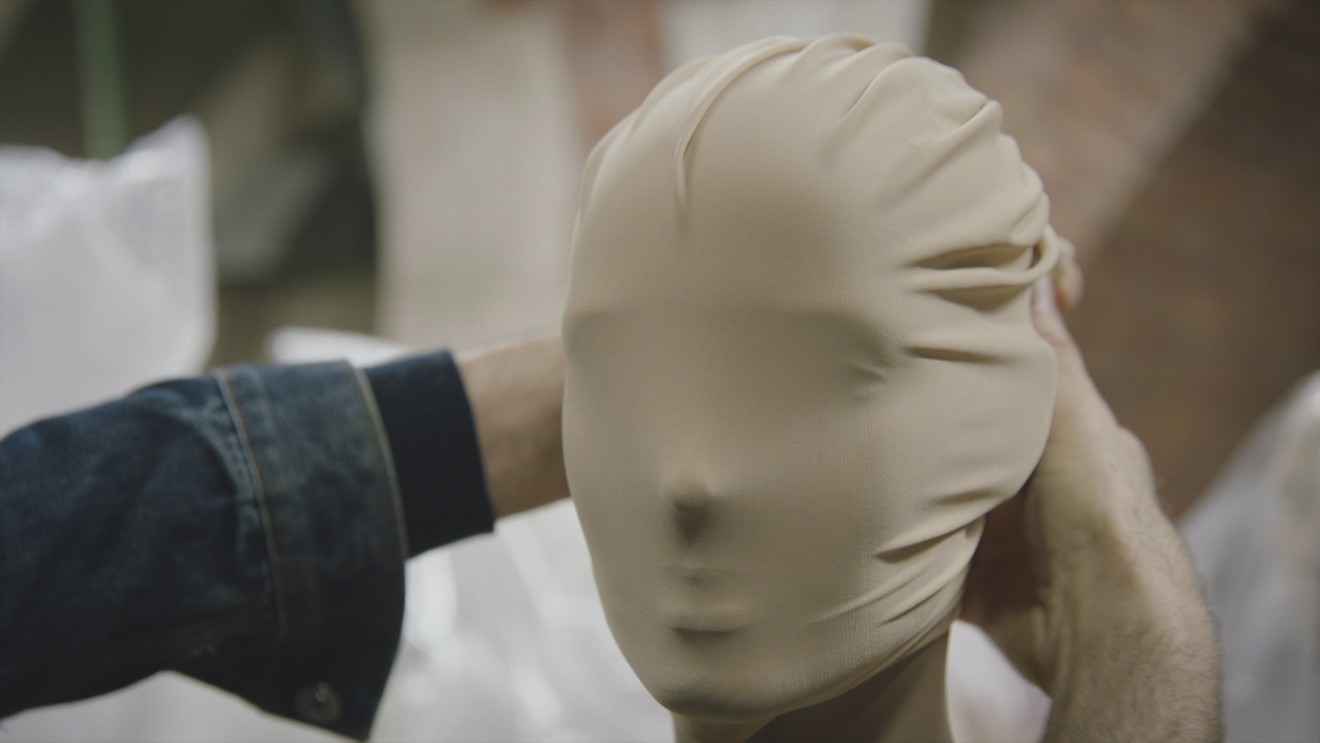 Still from Martin Margiela: In His Own Words Photo courtesy of Oscilloscope Laboratories
Over the past decade, the fashion documentary has become — pardon the expression — very fashionable.

Nearly every fashion designer, photographer, editor, and institution has been given the cinematic treatment. This exponentially expanding subgenre emerges from a primordial struggle between artistic creativity and cold commerce, especially in a transitional period for the industry where they must eschew and maintain their exclusivity while presenting their names and brands as aspirational and accessible to a wider audience.

Clearly, the genre is in style.

As with any cinematic trend, there are exceptional works that will stand the test of time, as well as half-baked entries only aiming to satiate an immediate demand.

Thankfully, Martin Margiela: In His Own Words firmly occupies the former territory.

Reiner Holzemar’s latest fashion film captures one of the industry’s most enigmatic figures in a remarkably tangible way. Respectful and inquisitive, the film foregrounds one man’s careful act of creating and its intersection with a demanding global industry.

In His Own Words begins at the end: Martin Margiela’s final runway show in 2008, celebrating the 20th anniversary of his namesake label. From this monumental moment, a gaggle of fashion insiders pontificate on the timeliness and timelessness of Margiela’s aesthetic. Fashion forecaster Lidewij Edelkoort contends Margiela’s work was a welcome cleansing of 1980s opulence, while notoriously tough fashion critic Cathy Horyn proclaims that his designs instantly “put everything else out of fashion.” One opinion these talking heads all share is that Margiela is authentic and revolutionary.

Margiela himself is one talking head that remains unseen, as the designer upholds the anonymity he has maintained throughout his career like one of his masked models. Holzemar is forced to rely on Margiela’s titular words and, most impactfully, his hands.

Anonymity is central to both the documentary and the Margiela ethos.

This setup mirrors a predicament in Holzemar’s previous film, Dries, documenting the work of fellow Belgian designer Dries van Noten. While interesting, Dries ultimately failed on account of an unwilling subject. Van Noten places a wall between himself and Holzemar’s camera that the director is unable to breach.

Margiela, however, remains open to the film and willing to discuss his story and philosophy of design.

Anonymity is central to both the documentary and the Margiela ethos. Part of Margiela’s aversion to the press and celebrity side of the fashion industry has to do with self-preservation. Horyn suggests his absence is a “favor” to us all, arguing, “He made us think more.” But Margiela describes it all as protection, one that is easy to see for a sensitive designer in an increasingly grueling industry, often requiring the creation of more than six collections a year. There are plenty of cautionary tales regarding burnouts and breakdowns throughout the fashion world. (See Christophe Decarnin at Balmain and John Galliano at Dior.)

Margiela confesses that he does want his name, rather than his face, associated with the items he creates. The documentary carefully excavates Margiela’s personal and professional history from his time as an isolated, daydreaming child to his work at the design school in Antwerp, working his way through the industry in Paris before creating his own fashion house.

Still from Martin Margiela: In His Own Words
Photo courtesy of Oscilloscope Laboratories
It is refreshing, after 20 years of producing conceptual and provocative fashion, how Margiela’s philosophy of design remains so intuitive and pragmatic. The documentary soars as it shows the formation and process of such a visionary designer.

One move that confounded some in the fashion industry was Margiela’s entry into the traditional and storied fashion house Hermès. His counterculture instincts shifted to a purity of clean lines and an elegant simplicity that some criticized as boring. (Margiela got the last laugh decades later as the industry celebrated the work of the Row, headed by the Olsen Twins, which borrows heavily from Margiela’s time at Hermès.)

During his tenure at Hermès, Margiela — whose tenure at his namesake fashion house was defined by his resourcefulness — found near-unlimited resources. This sheds some light on why Margiela chose to take on an outside financial partner in 2002 — a decision that would spell the beginning of the end for Maison Martin Margiela.

With the influx of capital came new demands and a new vocabulary — sexy and marketable — that didn't fit with Margiela’s lexicon. Creativity versus commerce is a constant theme of the fashion documentary. This tension spurred Margiela to exit the brand he created on its 20th anniversary, quietly.

The film solemnly concludes at a Margiela exhibition in Paris, a decade after his exit from his fashion house (now known as Maison Margiela), the mounting of which has been sporadically shown throughout the film. The camera captures fashion luminaries looking at Margiela’s life’s work with awe. As the film notes, designer John Galliano returned from exile to take the role of creative director following Margiela’s departure.

The announcement of Galliano’s appointment was perfectly choreographed, with the designer presenting an award to Anna Wintour, who just so happened to be in one of Galliano’s first designs under the Margiela label. It was a marvelous act of synergistic fashion marketing — the very kind Martin Margiela evaded.

Near the end of Martin Margiela: In His Own Words, the designer reflects that it’s a “pretty tough job,” and, with great self-awareness, continues that he “made it probably more complicated than it was.” But that very resistance to the status quo is what makes him so intriguing.

Martin Margiela: In His Own Words. Starring Martin Margiela, Jean-Paul Gaultier, Carine Roitfeld, and Cathy Horyn. Directed by Reiner Holzemer. Not rated. 90 minutes. Now playing at Coral Gables Art Cinema; gablescinema.com; premieres Friday, August 28, at O Cinema; o-cinema.org.
KEEP MIAMI NEW TIMES FREE... Since we started Miami New Times, it has been defined as the free, independent voice of Miami, and we'd like to keep it that way. With local media under siege, it's more important than ever for us to rally support behind funding our local journalism. You can help by participating in our "I Support" program, allowing us to keep offering readers access to our incisive coverage of local news, food and culture with no paywalls.
Make a one-time donation today for as little as $1.