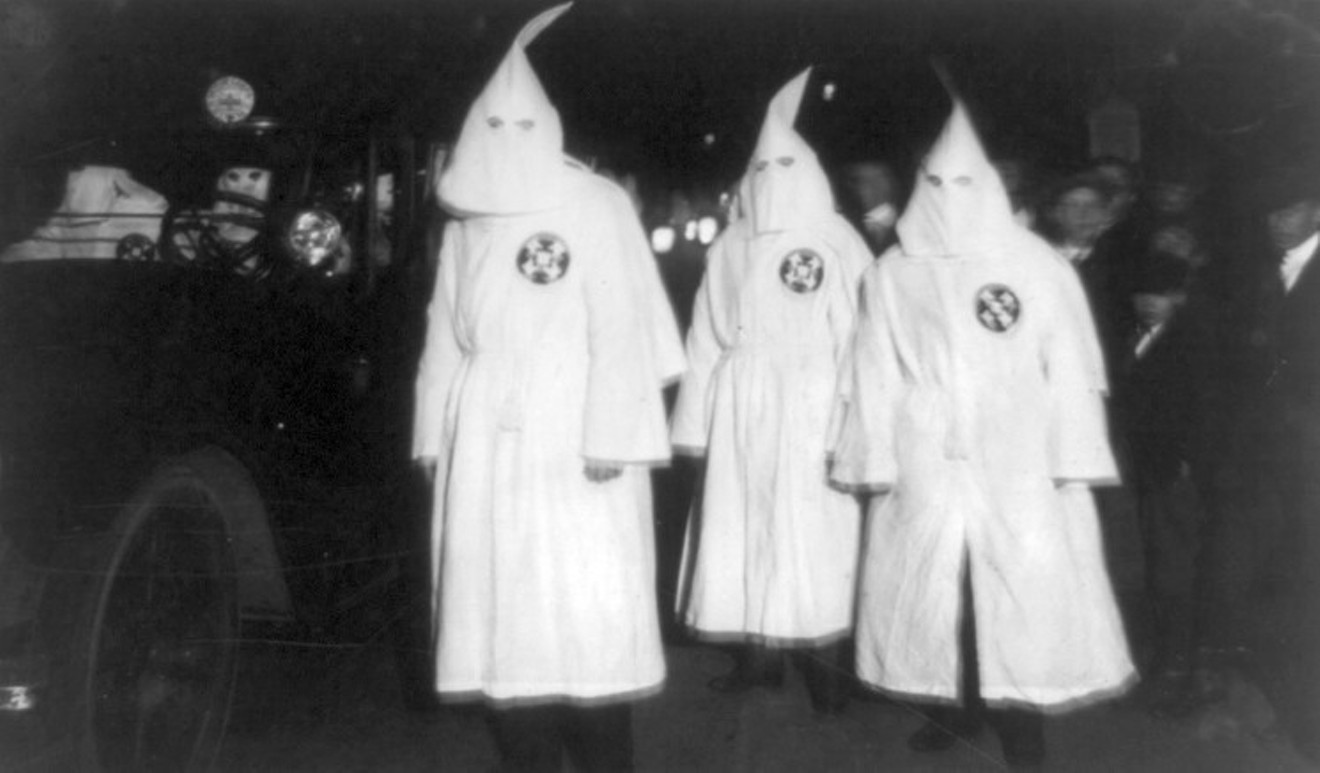 The street cuts straight through Liberia, Hollywood's historic black neighborhood, where residents say it's "oppressive" living under the Devil's shadow. In response to a lack of action from city leaders, another protest is planned for Wednesday, June 21, outside Hollywood City Hall.

"Having these symbols of hate is a blatant sign of disrespect for the dignity of black and brown people living on these streets," Tifanny Burks, an organizer of the demonstration, tells New Times. "If the streets are not changed immediately, we are galvanizing forces to escalate this summer."

Members of the Association for the Study of African American Life and History (ASALH), Take Down Slavery Symbols Hollywood, and the Black Lives Matter Alliance Broward will gather at noon to demand the renaming of Forrest Street, along with two other local streets — Hood and Lee — that are named for Confederate generals. The three streets are named after three men who civil rights activists say "all fought for the Confederacy and to preserve slavery."

"Together these men are responsible for the rape, enslavement, and murder of hundreds of innocent men and women," says activist Wendy King, who helped organize the upcoming demonstration. "The fact that Mayor [Josh] Levy and the commissioners are still debating whether streets named for these men are offensive is a slap in the face to the black community and all those who care about equality."

Believing the streets are taxpayer-funded symbols of white supremacy, which are "long overdue for removal," the three organizations will formally urge commissioners to order or vote for the immediate renaming of Forrest, Hood, and Lee Streets. They're also urging the city to waive all fees associated with changing the names and to return the street's names to the ones they were originally given, according to a 1920s map of Liberia.

The second point is an interesting one. Last summer, after researching the actions and legacy of the men, the Hollywood-based African American Advisory Council recommended the three streets be renamed, and the council also urged for renaming fees to be waived. However, in recent correspondence with New Times, city officials said they've recognized no request to waive the fees.

The council also argued that the streets' names are in violation of Hollywood’s own naming policy and procedures. According to city guidelines, "The proposed name should not be associated with the support of discrimination, or considered derogatory or socially unacceptable.”

With this in mind, Shevrin Jones, a Democratic member of the Florida House of Representatives, has also joined the movement to change the name of the streets and will speak at the protest. "No city, state, or government entity should be ok with symbols, names, or statues that represented a very divided time in our history," he said in a statement. "I call on the Hollywood City commission to do the right thing, #StandWithThePeople, and change the names."

Also among those supporting the streets' renaming, though he will not be present at Wednesday's event, is Scott D. McCoy, the senior policy counsel for the Southern Poverty Law Center.

"The SPLC joins Take Down Slavery Symbols Hollywood in urging the City of Hollywood to rename its streets honoring Confederate Generals Robert E. Lee, John B. Hood, and Nathan Bedford Forrest," McCoy said in a statement. "The argument that the Confederate symbols and other displays — including street names — represent 'heritage, not hate' ignores the near-universal heritage of African Americans whose ancestors were enslaved by the millions in the South. It trivializes their pain, their history, and their concerns about racism — whether it’s the racism of the past or that of today."

Says King: "Though we can never erase the past, we can move forward and show respect to our diverse communities now by taking down symbols of hate and oppression. It is long past time for the City of Hollywood to heed advice from the community and respected authorities on this matter and change these three street names."