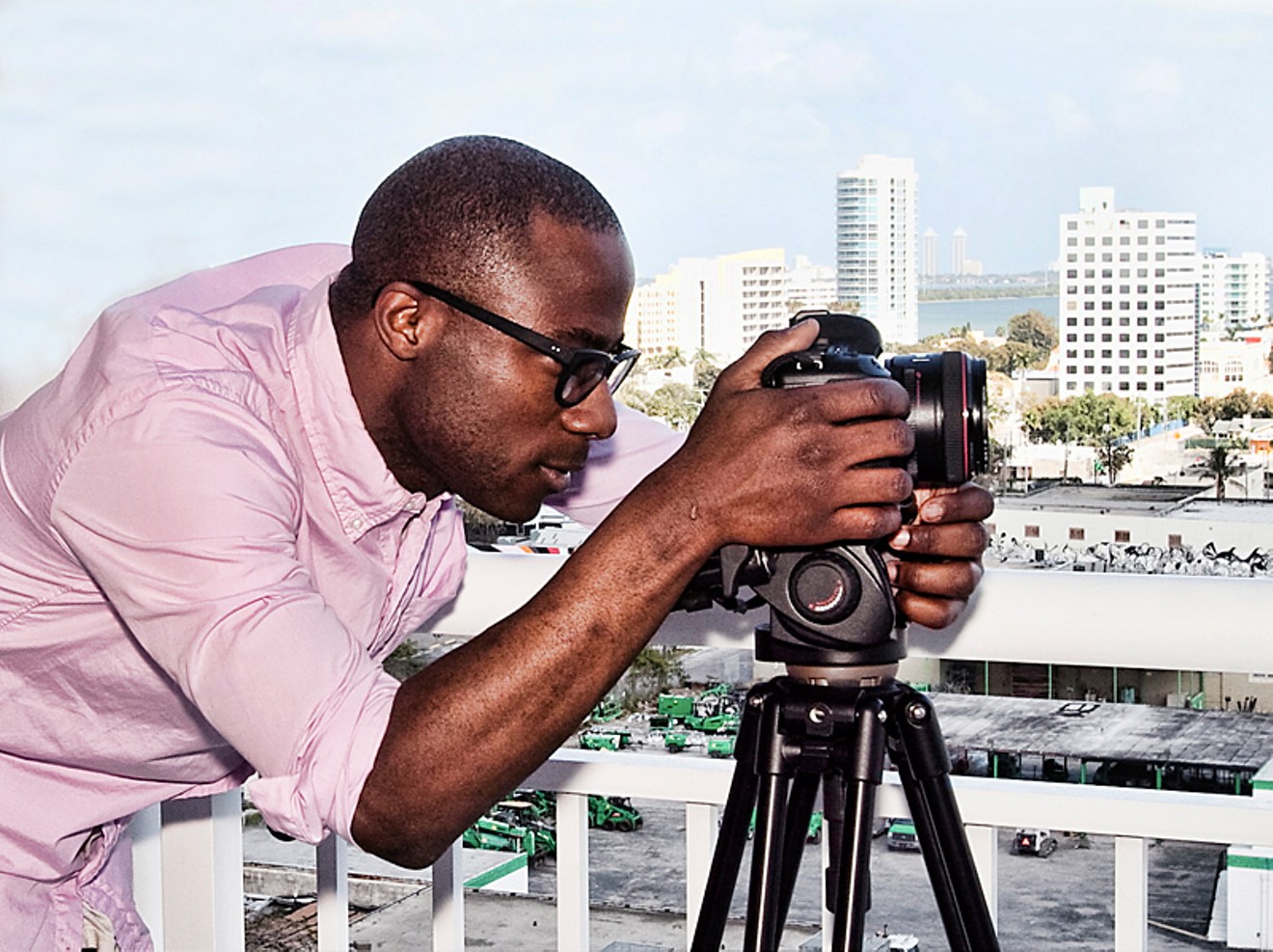 Barry Jenkins will turn last year's hottest novel into a new series for Amazon. Photo by George Martinez / Location provided by Real Living Residences at Cynergi Condos
No director in America is hotter today than Miami's own Barry Jenkins, fresh off his film Moonlight's three Oscar wins, including Best Picture. No author had a bigger 2016 than Colson Whitehead, whose The Underground Railroad won a National Book Award and a favored spot on President Obama's reading list.

So it only makes sense than Jenkins and Whitehead are joining forces in 2017. Amazon announced today that Jenkins has signed on to write and direct a limited series based on Whitehead's acclaimed novel.

“Preserving the sweep and grandeur of a story like this requires bold, innovative thinking,” Jenkins said in a release about the project. “In Amazon, we’ve found a partner whose reverence for storytelling and freeness of form is wholly in line with our vision.”

The Underground Railroad tells a historical tale of the antebellum South with surreal twists. The main character, a slave named Cora, tries to escape to the North and discovers that the underground railroad is an actual train that runs under the South.

“Going back to The Intuitionist, Colson’s writing has always defied convention, and The Underground Railroad is no different,” Jenkins said in the release. “It’s a groundbreaking work that pays respect to our nation’s history while using the form to explore it in a thoughtful and original way."

Jenkins was born and raised in Liberty City, a locale that became the setting for his critically acclaimed tale Moonlight, adapted from a play written by fellow Miami native Tarell Alvin McCraney. Jenkins graduated from Miami Northwestern Senior High and Florida State University before launching his film career with a boost from Miami's Borscht Film Festival.

There's no word on exactly when Amazon will debut his latest project, which he's coproducing with Brad Pitt's Plan B Entertainment, which also produced Moonlight.